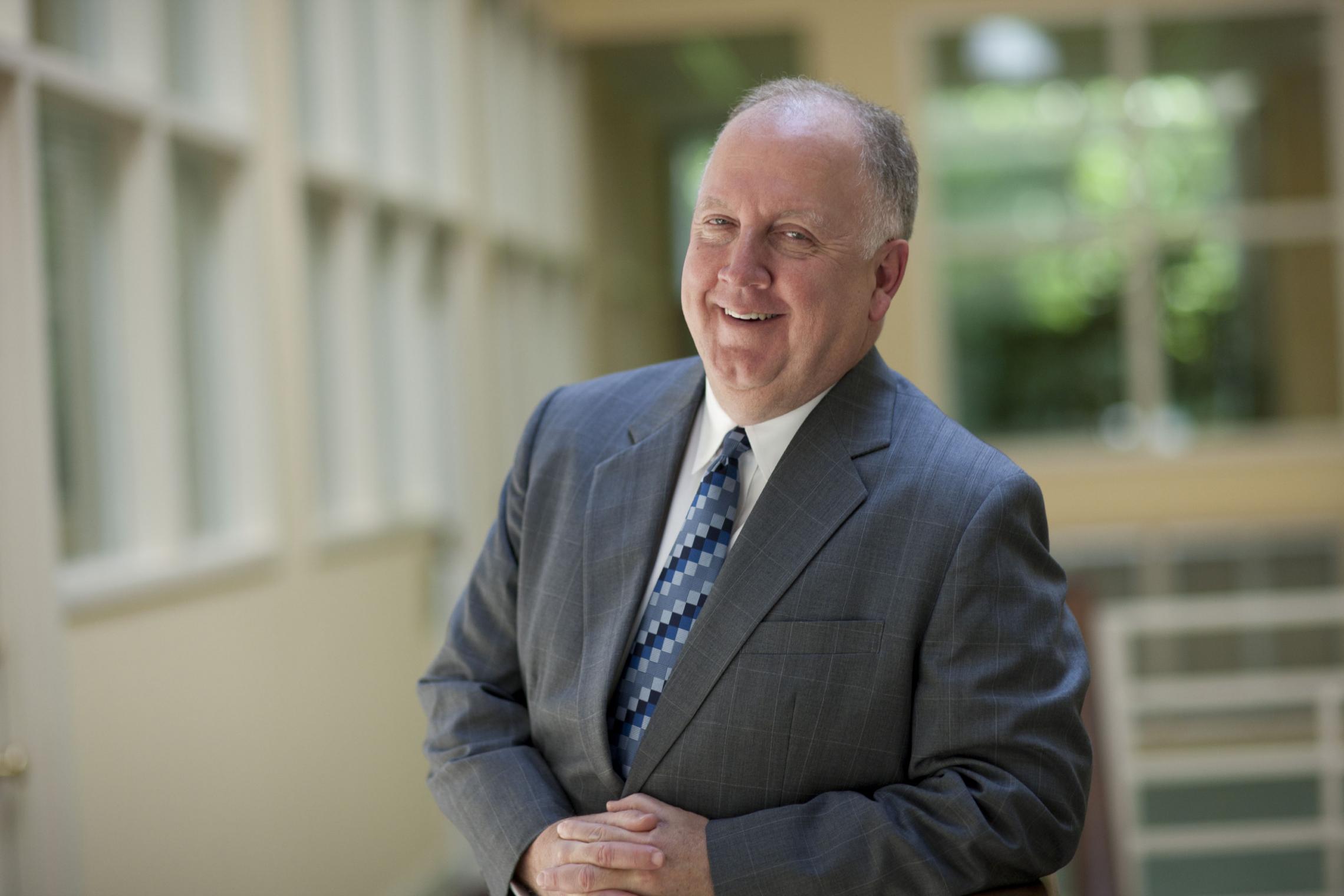 Listen to the UVA Today Radio Show report on this story by Marian Anderfuren:

September 16, 2011 — President Obama today will sign into law the America Invents Act, the most sweeping reform of the U.S. patent system in several decades, which is expected to spur innovation-based economic development. The University of Virginia, a leader in translating research discoveries for societal and economic impact, will be present for the occasion.

W. Mark Crowell, executive director and associate vice president for innovation partnerships and commercialization, will attend the signing at Thomas Jefferson High School for Science and Technology in Alexandria. The new laws will accelerate universities' efforts to incubate and introduce innovative products, build new companies and create jobs, he said.

"We at U.Va. worked with higher education associations and with members of Virginia's congressional delegation to articulate the issues of greatest interest to research universities in relation to the America Invents Act," Crowell said. "Given the essential role that universities play in supplying the innovation that will drive economic recovery, it was critical that the voice of the university community be reflected in the final legislation. We appreciate the way in which our input was incorporated."

The legislation may encourage universities to file their patents earlier, he said. "The most significant change will be a 'first inventor to file' system, rather than our traditional 'first to invent' system," he said. "This will require stronger, more effective and more strategic technology and market assessment to ensure the best possible patent investment decisions and will bring the U.S. more in line with our foreign counterparts. U.Va. has already been strengthening its 'best practices' in this area."

Obama also will announce new steps the White House is taking to "convert ideas of American universities and research labs into new products to expand our economy and create jobs," according to White House spokesman Jay Carney.

Speaking recently at U.Va.'s Miller Center, U.Va. President Teresa A. Sullivan highlighted the role of universities in not only developing the economy, but also improving people's lives.

"It's a broadly acknowledged fact that federally funded university research has been the driving force in the American economy since World War II," she said. "Funding to universities through the National Institutes of Health, National Science Foundation, Department of Energy and other agencies has created jobs, improved health care, and led to the discovery of technological advances, new products and whole new industries that have enhanced the human condition in every conceivable way."

Presidents of institutions that constitute the Association of American Universities and Association of Public and Land-Grant Universities, including Sullivan, endorsed in April a letter to then-Commerce Secretary Gary Locke pledging to work closely with industry, private foundations, venture capitalists and governments at all levels to enhance entrepreneurship, technology transfer and economic development.

"A new culture of innovation has taken hold in all facets of U.Va. research programs, spanning all 11 of our schools," Skalak said. "This new culture is producing unprecedented outcomes for University innovation and offers a model for federal and private partner investment in innovation."

These efforts have resulted in significant funding and the establishment of companies that then go on to create jobs. Twenty-six companies spun out from U.Va. have received total capitalization of $250 million over five years.

The Coulter Foundation this year teamed with five universities – U.Va., Drexel, Duke, Michigan and Stanford, all of which have successfully completed the Coulter Foundation's five-year Translational Research Partnership Program – to create a $20 million endowment at each institution designed to foster research collaborations between biomedical engineers and clinicians, with the goal of developing new technologies to improve patient care and human health.

"We now have several successful proof-of-concept programs, modeled on our highly successful Coulter Translational Partnership, which have corporate and private sponsors, including Johnson & Johnson, the Ivy Biomedical Fund, AstraZeneca and a Type I diabetes-focused initiative funded by a private philanthropist," Skalak said.

In addition, U.Va. will hold its third University-wide entrepreneurship competition  for students this fall and will host its fourth Venture Summit next spring. "Attendees at the first three summits represented more than $30 billion in venture capital assets," Skalak said. "Six out of six U.Va. spin-out companies that presented to a venture panel at the 2009 summit were capitalized in the next 12 months."