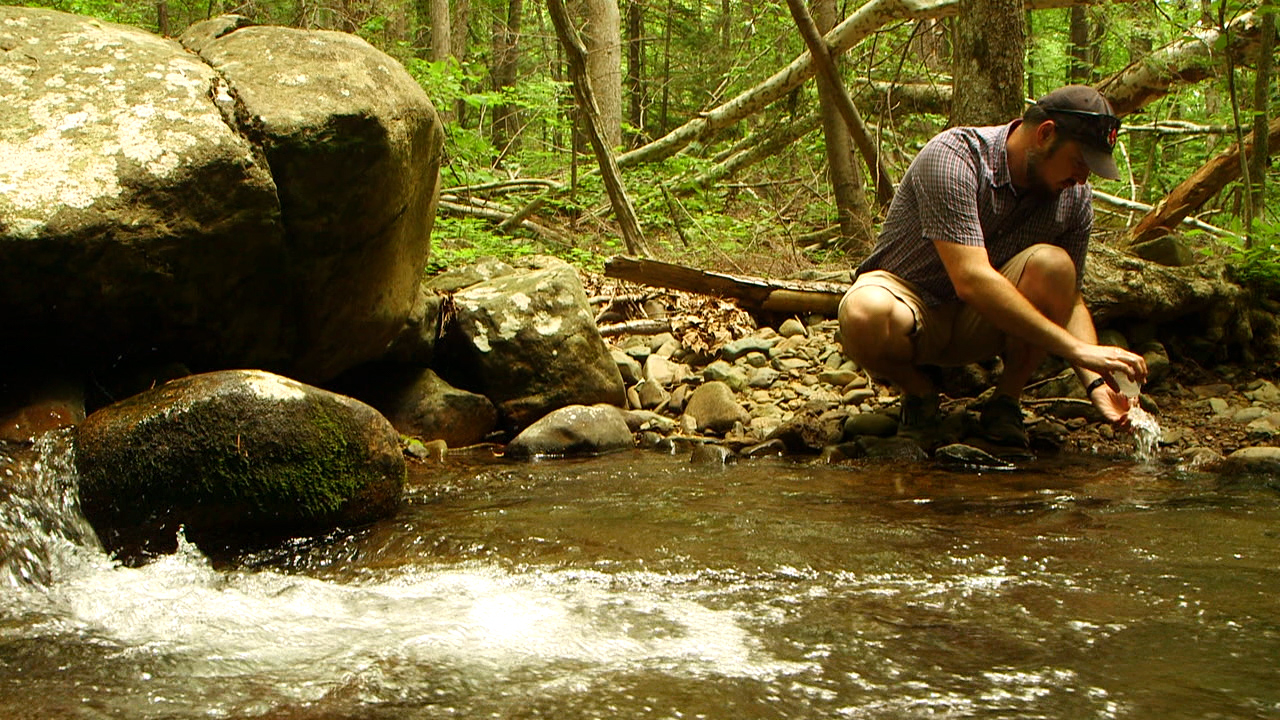 Virginia’s mountain streams have been a source of delight – and sustenance – for millennia. But more recently, they have served as sentinels, alerting environmental scientists to how human processes affect pristine environments.

The University of Virginia’s environmental sciences department, with help from state and federal agencies and conservation organizations, has been studying the health of Virginia’s remote mountain streams for nearly four decades. Its Shenandoah Watershed Study is one of the nation’s largest and most comprehensive long-term stream chemistry surveys.

Environmental scientist Todd Scanlon directs both projects. He spoke recently with UVA Today science writer Fariss Samarrai about the research he leads, describing its results and explaining its significance.

Q. What is the distinction between the two studies, and how does the data from both come together?

A. The Shenandoah Watershed Study focuses on streams within Shenandoah National Park, while the Virginia Trout Stream Sensitivity Study includes streams in national forests and other mountainous areas throughout western Virginia. In the park, we conduct very intensive sampling of stream chemistry, which involves the use of automated collectors that are triggered during storms. This detailed information provides us with a better understanding of the forest, soil and stream process that shape the trends observed on a more widespread basis in trout streams throughout the region.

Q. What is gained by continually going out to monitor stream chemistry over the decades?

A. Well, we know that stream chemistry – specifically the acid status of streams – has a strong influence on native brook trout populations and the diversity of fish species in general.

The 1970 Clean Air Act and 1990 Amendments were intended to reduce the amount of acidic deposition, or “acid rain,” in the eastern United States, thereby improving the status of water bodies. While this legislation has been remarkably successful in terms of reducing acid deposition, the link to stream water quality is quite complex, especially here in Virginia.

The clay soils in this region tend to retain the legacy of acid deposition, which has made the recovery of our streams a frustratingly slow process. Our research allows us to predict when and where streams will begin to “turn the corner” on their way back toward being more suitable habitats for fish populations.

At the same time, our long-term monitoring gives us the capability to study emerging threats to these ecosystems, such as mercury pollution and climate change.

Q. Why are you specifically interested in trout streams? What do you learn from remote mountain streams that is different from, or comparable to, the conditions of rivers farther down the watersheds?

A. As an environmental scientist, is there any better place to work than in a Virginia trout stream?

Aside from the desirability of the field setting, we’re specifically interested in trout streams because they tend to be pristine ecosystems, isolated from the direct impact of humans, which is more likely to affect things farther downstream. So we’re better able to capture the impact of atmospheric deposition and climate variability on stream chemistry and stream temperatures.

Downstream conditions essentially represent an aggregate of upstream processes, so we’d rather focus on areas where these biological and geochemical processes occur – in the headwaters of mountain streams.

Q. What improvements and declines have you witnessed in these streams during the last several decades?

A. It’s really been a mixed bag in terms of recovery from acid rain. Those streams that had a tendency to be more acidic have gotten worse, while the streams that were doing pretty well in the first place are showing signs of getting better. I sometimes refer to this as a “rich getting richer and poor getting poorer” scenario. It may take the streams that have been heavily impacted by acid deposition several decades to finally show signs of improvement.

A. The data that we collect enable agencies such as the National Park Service to push back against new sources of atmospheric pollutants that are proposed within its “airshed” – the upwind area that contributes to the conditions within the park. With the data that we collect and models that we apply, we’re able to demonstrate the potential harm that may be caused by these new sources of pollution.

Our program has a strong history of providing scientific underpinning to policies designed to improve air quality, which has benefits well beyond the streams that we study.

Q. Where do the studies go from here?

A. We have a number of questions that we’re currently trying to answer. For example, we’d like to know how climate change could potentially impact these streams that are recovering from the legacy of acid deposition. We’re also interested in how acid deposition has affected forests and soils within the watersheds, extending beyond our traditional focus on streams. And, we’re concerned that stream temperatures are increasing faster than air temperatures in some streams, and we’d like to know why.

There’s still plenty to be learned, and we’ve started to apply some new techniques, like deploying real-time, in-stream sensors with satellite links, to begin to address these questions.

It’s Copperhead Season in Virginia. Here Is What You Need to Know END_OF_DOCUMENT_TOKEN_TO_BE_REPLACED

What’s Next for UVA’s Class of 2022? END_OF_DOCUMENT_TOKEN_TO_BE_REPLACED