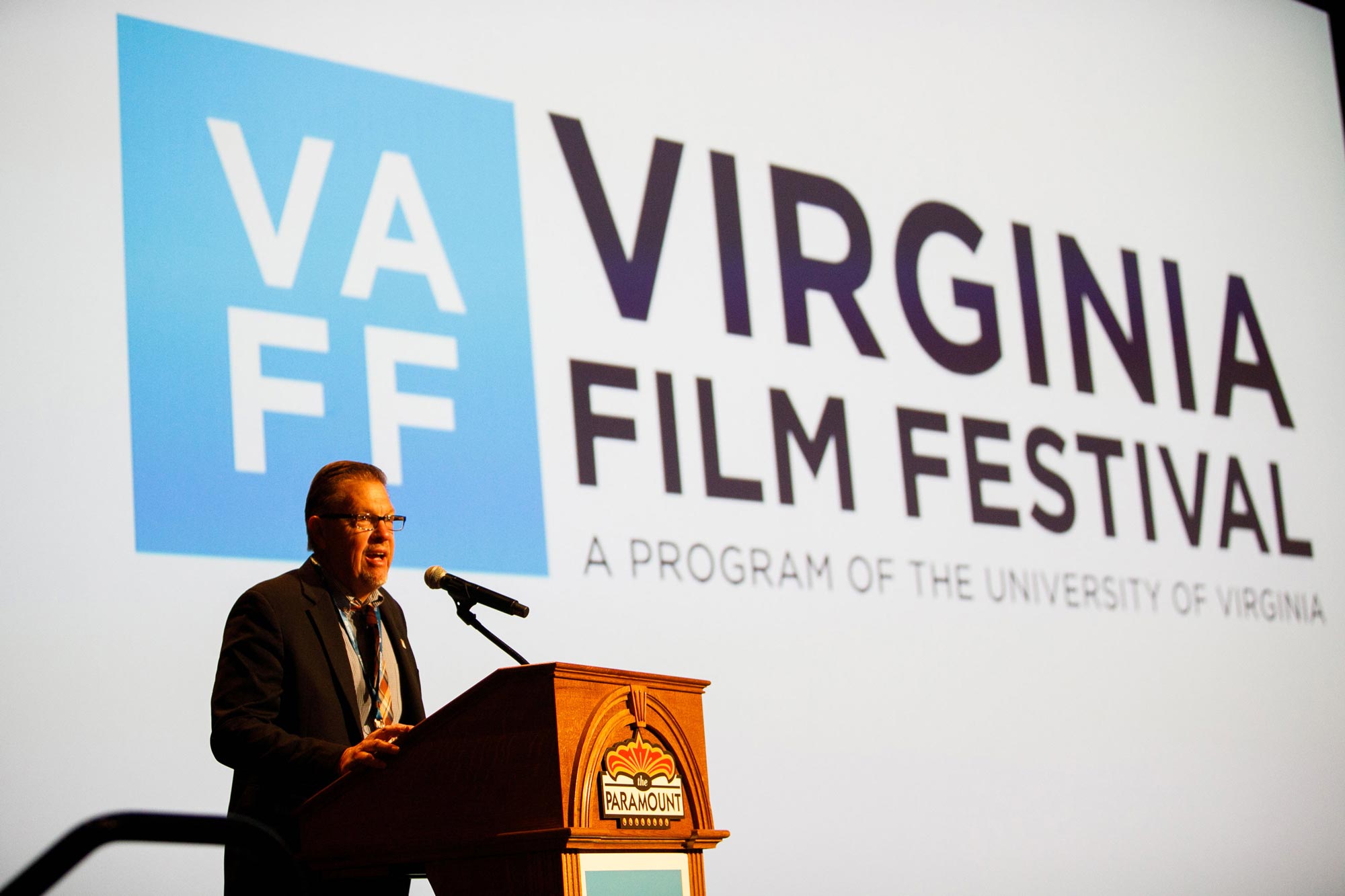 “We are looking forward to creating and delivering a first-rate Virginia Film Festival experience in the digital realm,” said Jody Kielbasa, festival director and UVA’s vice provost for the arts. (Photo by Tom Daly)

The Virginia Film Festival announced Tuesday that, in light of the evolving COVID-19 situation, its five-day festival will shift to a virtual format this fall. The Virginia Film Festival will be presented on its originally scheduled dates, Oct. 21 to 25, and will feature a diverse slate of feature-length, documentary and short films alongside panel discussions, Q&As, and a series of conversations with leading industry experts and artists.

The Virginia Film Festival is a program of the University of Virginia, with support from the offices of the Provost and of the Vice Provost for the Arts.

“We are committed to safely presenting a deep and diverse program of films and discussions this year that brings our community together to celebrate the art of film,” said Jody Kielbasa, director of the Virginia Film Festival and UVA’s vice provost for the arts. “And while we are obviously disappointed that we will not be able to share the Virginia Film Festival in person in October, we feel that the virtual platform is the best and most accessible option for us to move forward, and most importantly, the best way for us to promote the health and safety of our community members.”

In many ways, he added, the virtual platform lends itself to the kind of robust presentations and discussions for which the festival is known.

“Our ability to build discussions around some of the most top-of-mind issues of our day, featuring leading industry voices and experts and scholars from the University of Virginia, has long set us apart on the festival circuit,” Kielbasa said. “We are tremendously excited about the possibility of continuing, and even expanding these efforts in the virtual world, and are confident we will create a festival that will delight our existing audiences while at the same time introducing more people to what we do and who we are.”

While programming efforts are ongoing, Kielbasa suggested that Virginia Film Festival fans should expect a range of more than 50 films across a variety of topics, genres and nations, as well as filmmaker Q&As, panel discussions and a series of standalone and film-based conversations that will bring the festival experience home.

“As we navigate this new festival and entertainment landscape, we are excited about the conversations we are having with distributors, filmmakers, and potential guests,” he said, “and we are looking forward to creating and delivering a first-rate Virginia Film Festival experience in the digital realm.”

Kielbasa added that he is hopeful that the festival will be able bring the community together through potential in-person events again soon. “Serving the community that supports us so strongly is very important to us,” he said, “and we would like to find a way to safely present an experience this fall to complement our virtual program, such as a drive-in movie or socially distanced outdoor screening. Such an event would allow us to come together to celebrate a shared love of film in a way that is fun and safe for all.”

For information on the Virginia Film Festival, visit virginiafilmfestival.org.

Meet the New Cavalier on Horseback: She’s Eager To ‘Carry On a Legacy’ END_OF_DOCUMENT_TOKEN_TO_BE_REPLACED

Housing Changes Are a Breath of Fresh, Cool Air – Especially for Lawnies END_OF_DOCUMENT_TOKEN_TO_BE_REPLACED

Virginia Football – For All Virginia END_OF_DOCUMENT_TOKEN_TO_BE_REPLACED