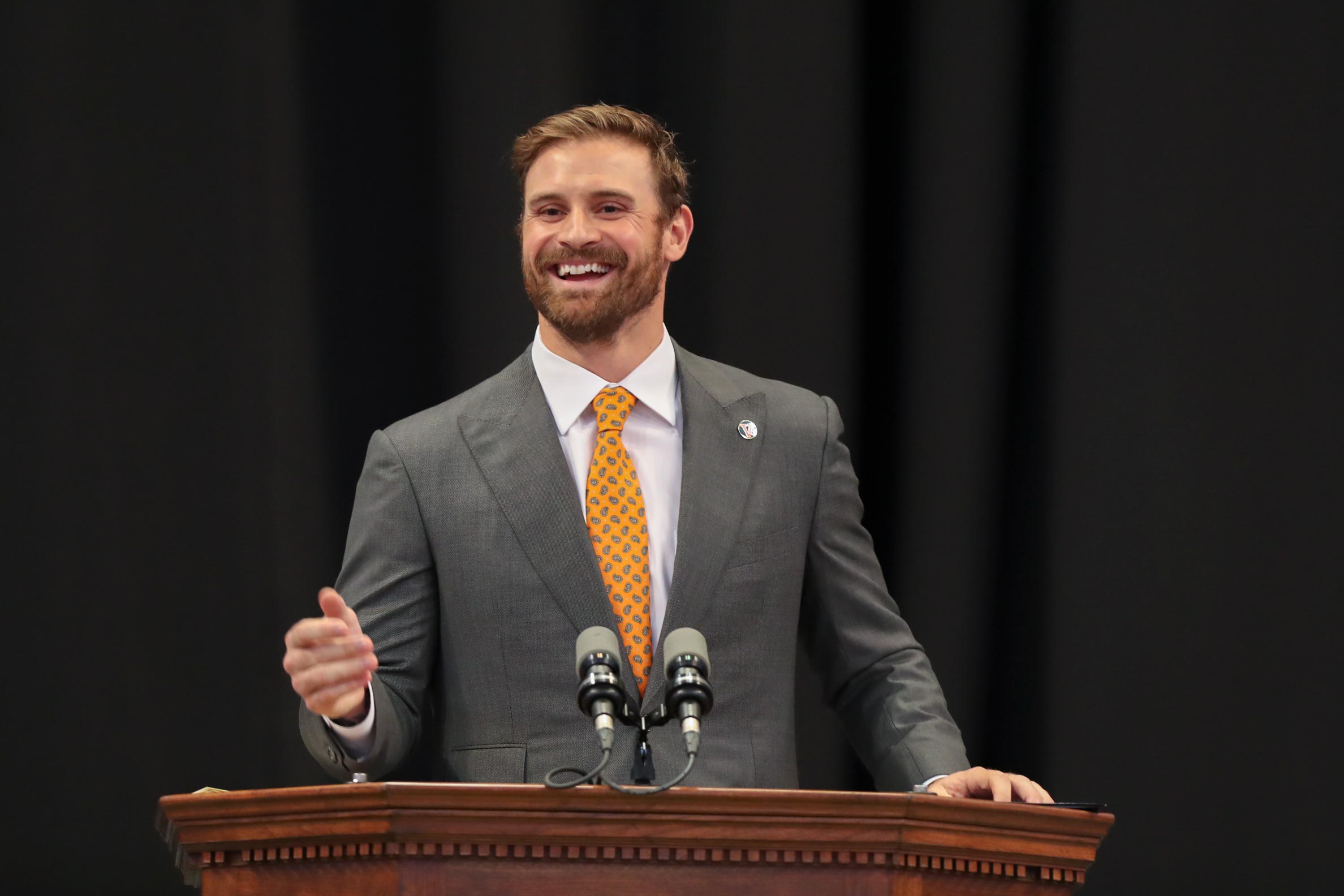 Over Super Bowl weekend, the world learned something about Chris Long that the University of Virginia community has known for some time.

On Saturday night, the NFL named the former UVA football star, who has played for the Philadelphia Eagles the past two seasons, the 2018 Walter Payton NFL Man of the Year.

Considered one of the league’s most prestigious honors, the award – named after the late Chicago Bears running back – recognizes a player for outstanding community service activities off the field, as well as excellence on the field.

As detailed in this recent UVA Today article, Long’s list of off-the-field endeavors is a lengthy one.

Long’s main initiative is Waterboys, a program to provide clean drinking water to East African communities in need. In October, he enlisted former UVA basketball players Malcolm Brogdon, Joe Harris and Justin Anderson to join him with a similar effort.

To date, Waterboys has raised more than $3 million and has funded 55 wells that will provide water to more than 200,000 people.

In addition to the Waterboys initiative, Long has donated NFL game checks totaling more than $2 million to fund local scholarships to Charlottesville’s St. Anne’s Belfield School (his alma mater) and to programs that promote educational equity in St. Louis, Boston and Philadelphia (the cities he’s played for during his career).

Every summer, Long leads retired NFL players and wounded military veterans up Kilimanjaro to call attention to his project.

Last May, the Class of 2018 invited Long to give the address at Valedictory Exercises at John Paul Jones Arena.

“This university encouraged me to be a complete human being, not just what I do for a living,” Long said in his remarks.

“We would not be able to accomplish our goals without the support and participation of countless other individuals,” Long said in a statement. “I am humbled by the support we have received from my peers who have donated to our various matching-campaigns, the commitment and perseverance displayed by the veterans who have climbed Mt. Kilimanjaro with me each year, and the generosity of our fans who have made vital contributions to our foundation over the years.

“I am incredibly thankful that football has provided me with a platform to give back and I am proud that so many of my colleagues have decided to use this stage to create positive and impactful change in our local communities and around the world.”

What Is the ‘4th Side’? END_OF_DOCUMENT_TOKEN_TO_BE_REPLACED