Watching Exoplanets Disintegrate, One Dust Particle at a Time 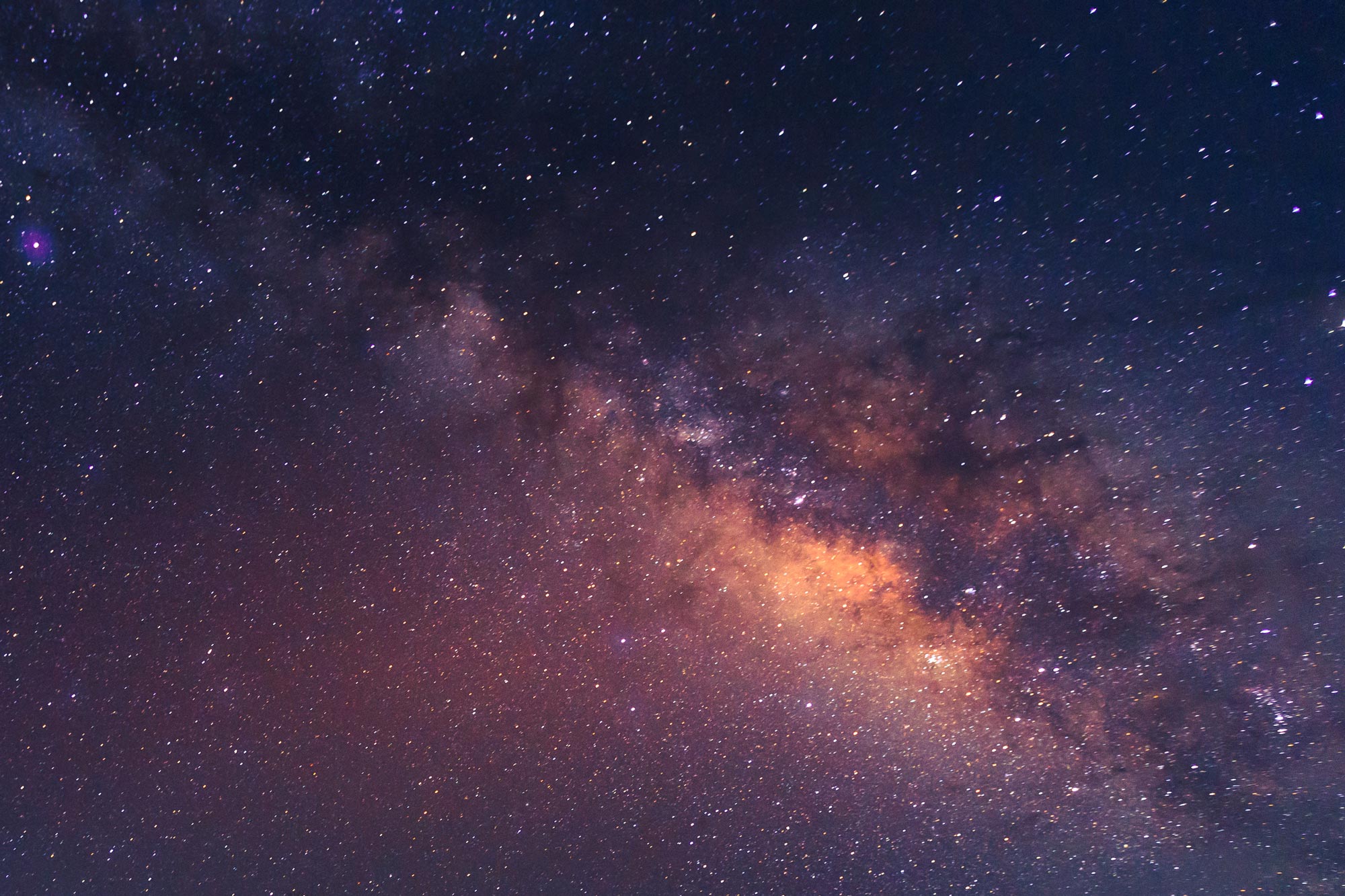 The pair of University of Virginia astronomy students are researching phenomena in our own Milky Way galaxy through a Double Hoo grant, which pairs an undergraduate student with a graduate student mentor to conduct research on a topic of their choice.

Brewer, a fourth-year undergraduate student who just recieved her degree on Saturday, and Lewis, a doctoral student, are exploring a rare class of recently discovered “extra-solar planets,” also known as exoplanets, suspected of undergoing destruction as a result of their proximity to their host stars. Little is known about these exotic planets.

“Mary and Hannah have been aggressively pursuing telescopic observations of these systems, to see how their properties are changing over time,” said Steve Majewski, a professor of astronomy and their adviser on this research. “The planets themselves are not visible – all that can be observed is a minuscule drop in the received light from their much brighter and bigger host stars as a result of the planet’s silhouette crossing in front of the star. The precise measurement of that subtle drop in brightness of the star is extremely challenging.”

Brewer and Lewis are applying new methods to enhance the sensitivity of astronomical instruments to detect these “planet transit” signatures and to detect changes in the signals over time. The changes give clues to how material is coming off of the planets and whether it is coming off steadily or episodically.

Brewer is looking at planet K2-22b, more than 800 light-years from Earth, a large planet that is orbiting its star once every nine hours while slowly disintegrating.

“We are researching the effect of high-energy photons on the atmosphere of planets that are very close-in to their star, to where they are experiencing a process called photoevaporation,” Brewer said. “Planet K2-22b is incredibly close to its star and it is disintegrating, basically stripping its atmosphere by stellar radiation and tidal forces.” 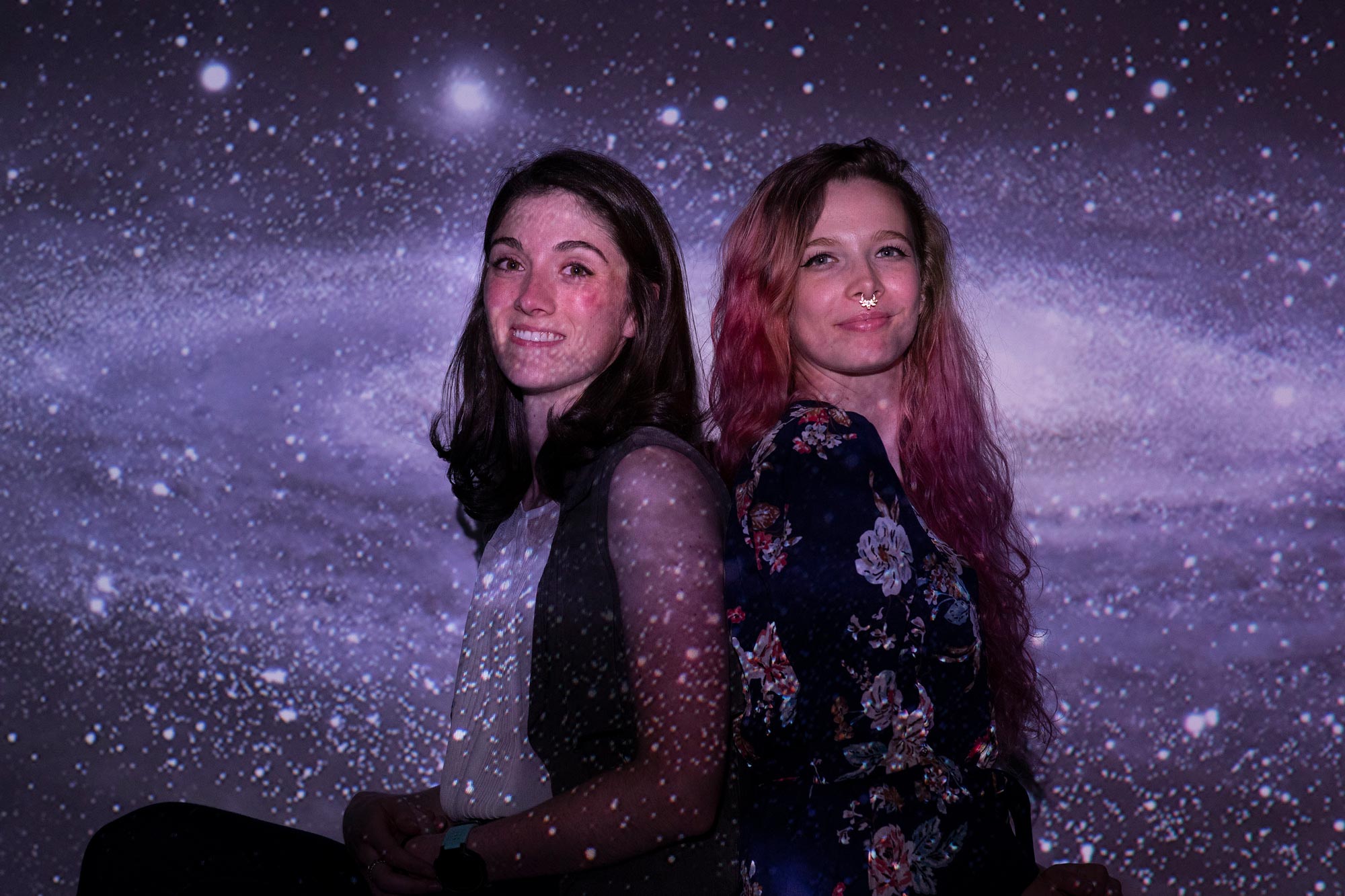 To study this, Brewer and Lewis were using two ground-based telescopes at the Apache Point Observatory in Sunspot, New Mexico, to retrieve multi-wavelength data as the planet transits in front of its star.

The observatory decided to halt all observing due to COVID-19 so Brewer and Lewis lost their scheduled time in April. Because of this, they are working from their homes with the sizeable amount of data they have already collected.

“What is really neat about disintegrating planets is that the space-based Keppler telescope has discovered about 4,100 planets outside our solar system,” Lewis said. “Of those 4,100 confirmed planets, only five of them show signs of disintegration. So it is a very small subset of those planets, but they are very exciting systems because there is stuff going on that we will never see happening in our own solar system.”

Brewer said their approach is fairly unique and that there have only been a few other campaigns using ground-based telescopes that have detected K2-22b.

“We’re the first ones to detect it from the ground since 2018 – based on published data – and we detected it once out of five observations so far,” Brewer said. “But we were able to actually get it in multiple wavelengths using a telescope that could switch between filters, and then another telescope simultaneously and that is something that is a little newer, to get three wavelengths for comparing their different shapes, width and depth and seeing if there is a color dependence with the wavelength we have picked.”

The filters they use on the telescope help them determine particle sizes as the planet disintegrates.

“When we say transit depth, we are looking at brightness versus time when the planet is passing in front of the star and we can see it and it is blocking the percentage of light over the time we can see,” Brewer said. “But with this system we are seeing very different and asymmetrical transit depths, or we don’t see them at all.”

“It probably has a few billion years left, unless there is a really large tidal disruption and suddenly the planet flies into the star, which is pretty unlikely,” Brewer said. “Theoretically, from what we can see, we believe this disintegration is very intermittent. A dust cloud envelops the planet at a certain point and that dust cloud gets optically thick, so that photons from the star couldn’t penetrate, giving time for the ground to cool and not supply anything to the atmosphere to be ripped away. The planet is huge. It is a lot of material to pull away and that is dust-grain-by-dust-grain.”

It was Brewer’s gift of math in elementary and middle school led her to the stars.

“In my senior year in high school, I took a physics course,” Brewer said. “We were learning equations, but building things constantly, and that really struck my interest. Physics is like math with a purpose. I thought, ‘This is so interesting to see how everything works.’”

Brewer took courses at J. Sargent Reynolds Community College in Richmond, including a general-level physics course, with some astronomy.

“I did radiometric dating [measuring radioactive impurities to date the age of rocks] and I thought, ‘This is amazing. I want to do this forever,’” Brewer said. “And just learning more about the field struck my interest. There are so many more things we can learn. We know so much, but it is still too little in the broad scheme of things.”

After graduating from community college, Brewer took time off, worked for a while and then enrolled at UVA.

“Coming here to UVA and doing research is what is keeping my fire going,” Brewer said. “It is so interesting to be able to do these things yourself, then read the papers of all these people in your field and what they are doing and to be able to expand upon it is an awesome opportunity.”

The University gives Brewer an opportunity to pursue her passion.

“UVA is the only school in Virginia that actually offers an astronomy degree and a joint degree with the physics department,” Brewer said. “This is an amazing school. Everyone who comes here usually has something awesome to say about their time here. And it is usually something academic. It is a very academically driven school. That is why I had my eye on UVA.”

Majewski first met Brewer by chance at a Department of Astronomy social event.

“I overheard a very enthusiastic young woman expressing to another student her excitement at being at UVA and having the opportunity to study astronomy and perhaps doing some real research,” Majewski said. “Mary exuded her self-described ‘brimming enthusiasm and determination’ to such an extent that I asked her on the spot if she would like to work in my research group.”

It’s a decision he has not regretted, describing Brewer as a sunny individual who has a way of brightening up her environment.

“Mary is among the most dedicated individuals I have met, determined to be successful as a career scientist, despite taking an unconventional path toward that goal,” he said. “It is beyond my comprehension how she has successfully managed to cram all of the required courses to complete the astronomy major in only two years at UVA, while at the same time maintaining an outside job to support herself, applying to graduate schools and continuing to pursue her post-senior-thesis research program.”

Lewis, like Brewer, was good in math in middle and high school and then attended St. Mary’s College of Maryland, majoring in a physics/engineering dual degree in conjunction with the University of Maryland. But that dual-degree program ended and she graduated with a physics degree.

“I ended up doing research with one of the physics teachers who was a theoretical computational astrophysicist,” Lewis said. “He did computer modeling of very-high-energy systems, looking at the accretion disks around black holes. That was my first exposure to astronomy and astrophysics. And I really enjoyed it.”

Lewis’ own research uses the Apache Point Observatory Galactic Evolution Experiment, or APOGEE, to survey stars in the Milky Way and a few satellite galaxies which orbit the Milky Way.

Both Brewer and Lewis are good apostles for the astronomy program, according to Majewski.

“Mary was one of the star presenters in our department’s series of ‘Astronomy on Tap’ events at local breweries, and her talk was a fantastic crowd-pleaser,” Majewski said. “I am still surprised by how good she is as a public speaker about, and advocate for, astronomy.”

Lewis is also involved in extracurricular education and public outreach activities, such as teaching “Introduction to Stars, Galaxies and the Universe” to undergraduate non-majors during her first and third summers as a graduate student.

“This required a significant investment of time and energy, given that she designed her course instruction materials and lessons, much from scratch,” Majewski said. “She has also been deeply devoted to the ‘Dark Skies, Bright Kids’ outreach program led by our department – serving as president of this prize-winning, non-profit organization dedicated to fostering STEM education for underserved, mostly rural, parts of Virginia.”

Lewis was also a primary force in having UVA sponsor a Conference for Undergraduate Women in Physics in January 2018, on behalf of the American Physical Society.

“I want to continue research as an observational astronomer,” Brewer said. “I want to keep using telescopes. I specifically am very interested in planets, especially their atmospheres. I am also interested not necessarily going into academia, but going into public outreach, where I can meet people, either going to elementary schools or giving talks to the public to educate different levels about these different things and continue doing research.”