We Asked an Expert Why We Hold Hands, and Learned It’s Good for You 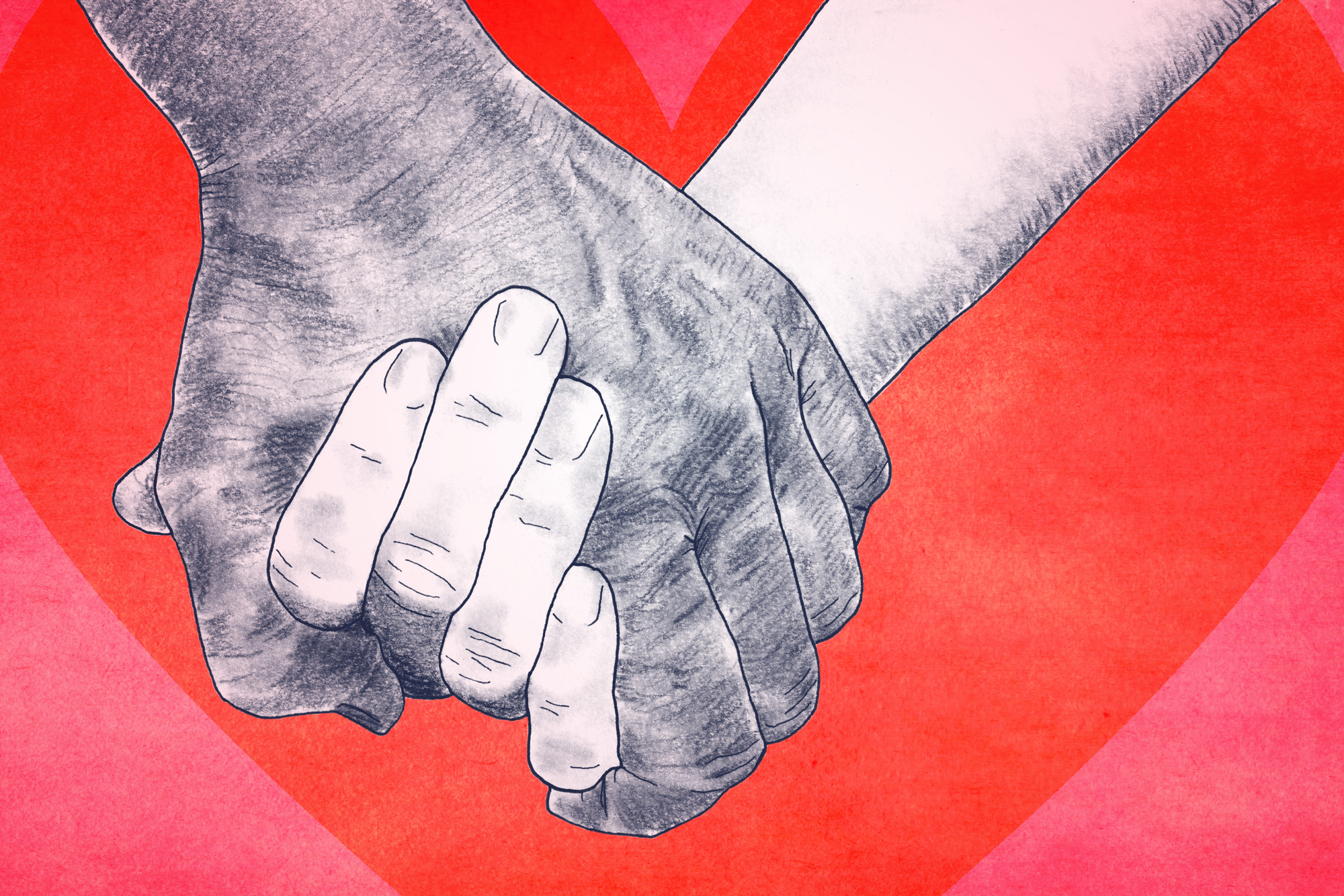 We Asked an Expert Why We Hold Hands, and Learned It’s Good for You(Illustration by Alexandra Angelich, University Communications)

Psychology professor James Coan leads a University of Virginia lab that explores how social relationships protect us against stress and keep us healthy. This semester, he is teaching a course called “Why We Hold Hands.”

In the course, undergraduate students are learning to understand how natural selection has shaped the human brain and body to be fundamentally social, and to consider how a human’s social nature affects health and wellbeing, among other things.

Just in time for Valentine’s Day, UVA Today asked him to share what he has learned from his research on the neuroscience of emotional expression.

Q. Why do people hold hands?

A. People hold hands for many reasons, but if there is a single common denominator unifying them all, it’s probably a felt sense of security – a sense that we are not alone that brings with it the knowledge that we have a companion, a helper, a guide, another mind who knows about and is interested in ours.

We now know that humans are adapted to each other not unlike the way that salamanders are adapted to cool, dark damp environments. We are each other’s habitat. Because of this, unwanted isolation is dangerous. We seek signals from each other that we are together. When we lack those signals, our bodies go into a state of alarm that triggers a stress response. When we detect those signals, our brains and bodies can relax and move on to other concerns.

And our hands offer excellent, unambiguous signals of physical presence. It isn’t just the fact that we are touching, either. Our hands are suffused with dense sensory capabilities that afford detailed and unambiguous information about the things they touch, including each other. Our hands are our body’s way of exploring and manipulating the world – we reach out in the dark. And when we find another hand there, we know for certain that we aren’t alone.

Q. Do you know when this activity first began?

A. I don’t. There is some evidence that other species do something like what we call handholding.

According to the primatologist Frans de Waal, chimpanzees do it, although much less frequently and under more specific circumstances. He thinks chimps use something he calls “hand clasping” as part of a reconciliation ritual after conflict.

There is reason to believe we started using handholding a very long time ago, indeed.

Q. Is the practice a global one?

A. As far as anyone can tell, handholding is a human universal. This is significant for a lot of reasons, among them the fact that true human universals aren’t easy to identify. 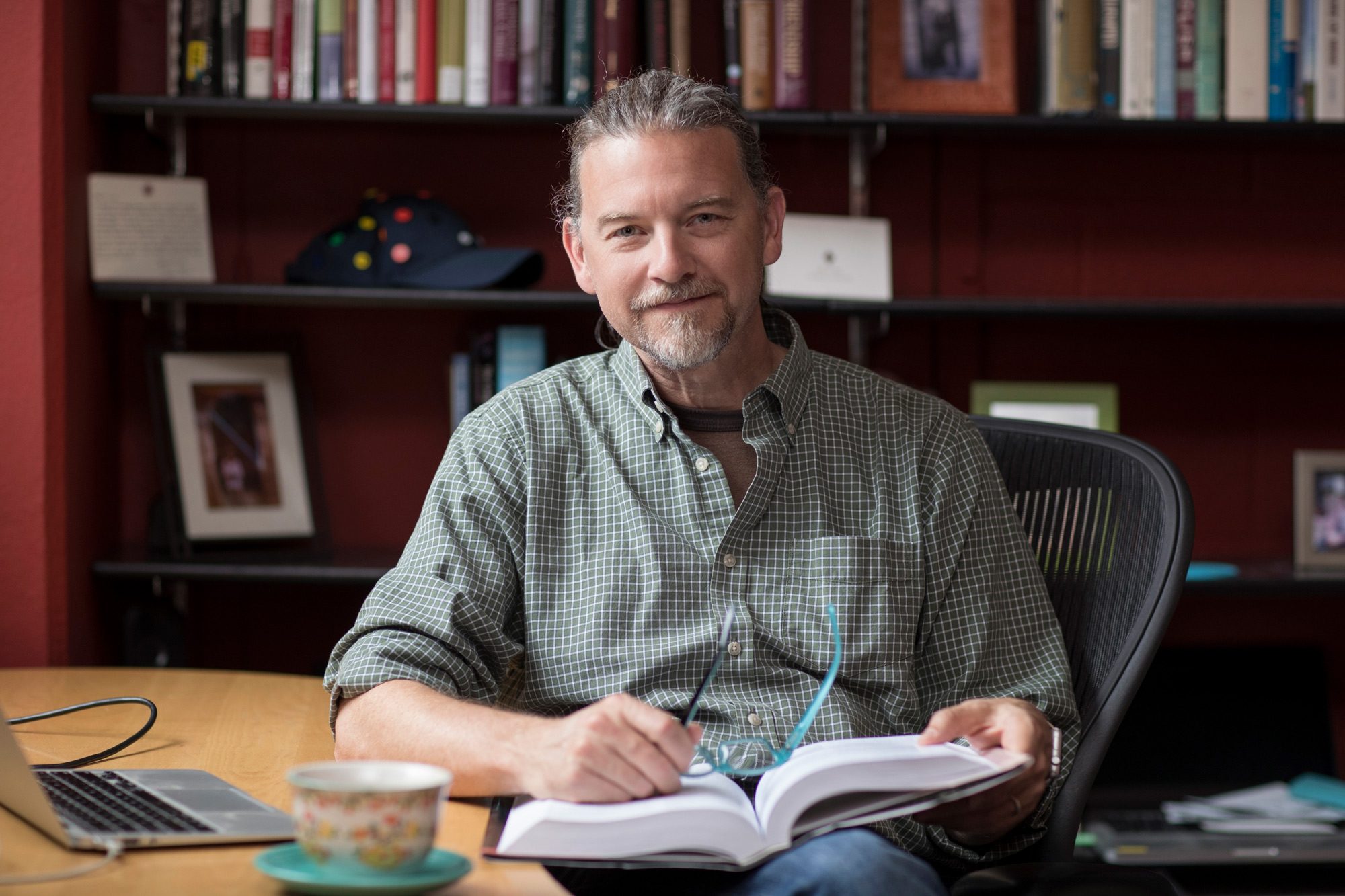 Q. Is handholding a learned behavior?

A. It’s highly likely that handholding behavior, human universal or not, is powerfully shaped by culture. For instance, in some cultures, handholding among men is taboo, while in others it’s expected and seen as entirely natural.

But handholding is so pervasive that some other possibilities must be considered. Among these are that handholding is somehow encoded in our genome. I find this unlikely. I think a better explanation is simply that humans must know that they are safely embedded in a network of supportive social relationships if they are to survive and thrive, and handholding is such a strong way to signal this that we all – most of us – just naturally do it.

Q. What is going on in the brain when people hold hands?

A. Probably many things, but that common denominator – that felt sense of security – is detectable at the level of brain activity, where we see neural circuits associated with vigilance for potential threats become a lot less active.

This has many consequences for how the brain solves other kinds of problems. One way to think about it is that handholding frees up neural “bandwidth,” allowing the brain to focus on things other than potential dangers.

“Holding hands with a trusted relational partner, like a friend, a romantic partner, a parent, a sibling, a child, is literally good for your health.”

Q. Why is it important for students to study the phenomena of holding hands? What can they gain from it?

A. In my “Why We Hold Hands” class, I try to help my students discover how a simple behavior like handholding – something most of us take for granted – holds clues to everything from how humans evolved to how our brains have been shaped by natural selection to function. In the middle of all this, we discover that the processes and needs leading to handholding can teach us about the evolution and neuroscience of everything from love, to parenting, to music, to ritual and religion, and even to how we face fear, suffering and death.

Q. Is handholding good for your health?

A. Yes, in most cases and most of the time, holding hands with a trusted relational partner, like a friend, a romantic partner, a parent, a sibling, a child, is literally good for your health.

We’ve found, for example, that holding hands can reduce activity in a part of your brain called the hypothalamus, which is responsible for regulating part of the body’s stress response, and that the degree to which this is true corresponds with better general health and wellbeing. It’s such a simple activity, and yet it also has great power.

Many have told me that they aren’t comfortable holding hands. I encourage them to give it a try with someone they trust very much. No one has told me that this has backfired for them.

When Less Is More: How Harnessing the Power of Subtraction Can Add to Life END_OF_DOCUMENT_TOKEN_TO_BE_REPLACED