What Makes a Celebrity in 2019? Ask These Media Studies Students 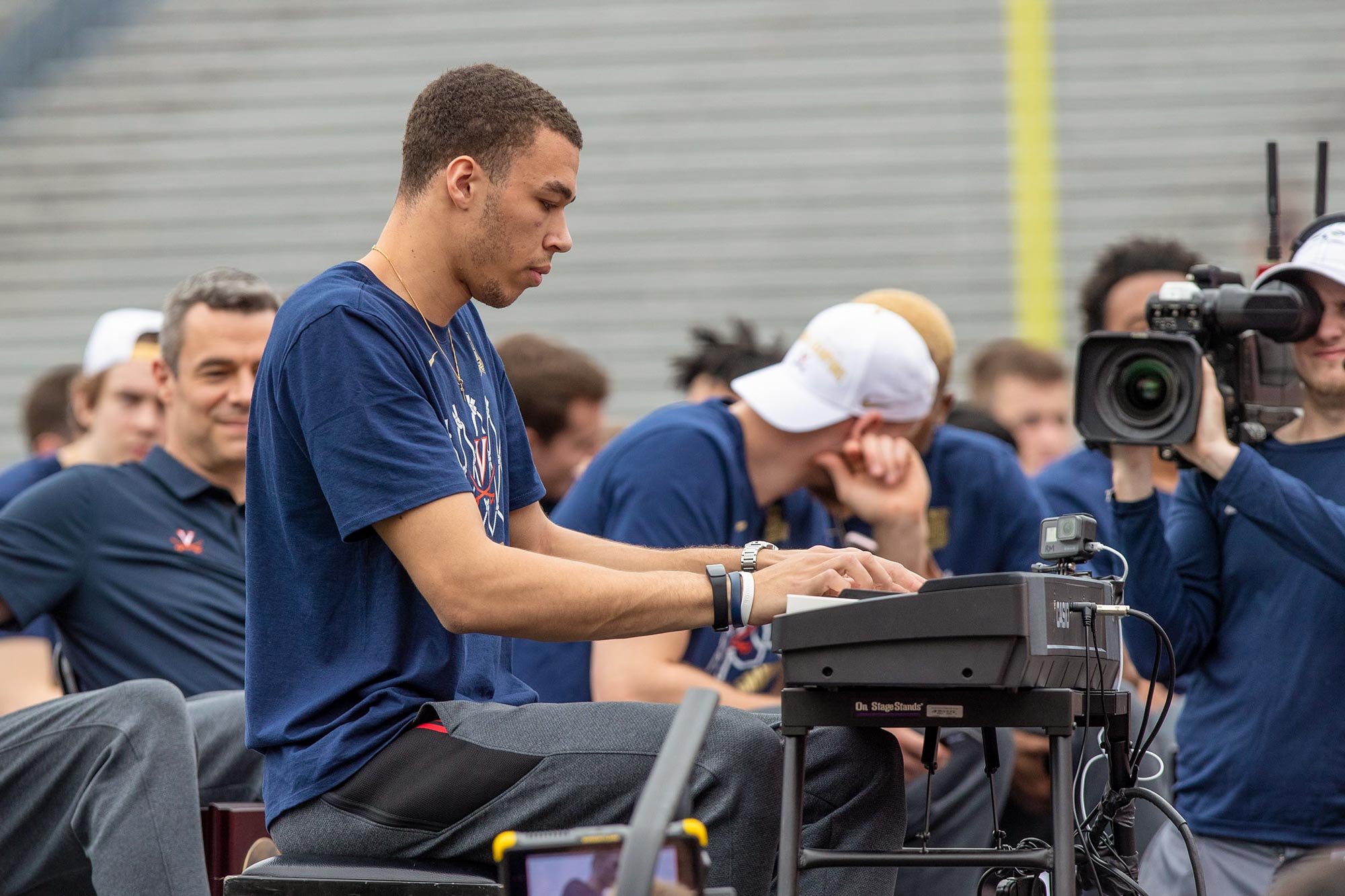 A distaste for a subject normally doesn’t make you want to learn more about it, but that was the case for University of Virginia fourth-year student Sierra Ruiz when she enrolled in the course, “Celebrity Studies,” for her media studies capstone project.

But then Ruiz began thinking about “celebrity” in broader terms.

“There’s a whole mass of different characteristics and personas and intersectionalities within it,” the media studies major said. “It was really intriguing. You learn a lot about how people perceive things and how people are influenced by other people and why people look up – or down – upon different figures.”

The course, taught by assistant professor Elizabeth Ellcessor, focuses on studying the cultural meanings and economic aspects  of celebrity through history, from early cinema through television, YouTube, gaming, and social media influencers.

The core project was a podcast series – five 30-minute episodes – produced by the entire class. Students worked either on overall organization of the project, research, writing, performing and recording material or on post-production work.

Ellcessor said the assignment “helps to make academic work feel public, accountable and approachable, because they can share it with family, friends, the UVA community or future employers.” By making a podcast, she said, students also gained practical skills and learned about the practices and ethics of a contemporary media industry.

The class chose the series title, “Making a Celebrity,” and selected a focus for each podcast episode that allowed them to explore what makes someone a celebrity in the 2019 media landscape.

To that end, the podcast – which launched Friday at the Studio at 1515 University Avenue and can be heard in its entirety here – focused on five categories of celebrity: “Megastars,” “Sports,” “Business,” “Influencers” and “Local.”

Here’s a snapshot of the episodes:

Why: “We were unanimous on her,” third-year student Jamey Bulloch said. “I think it was because we all grew up with her and have grown with her through her changes. She’s had so many different kinds of profiles that she’s shown us. That’s what made her, in our opinion, a megastar.

“She’s gone through a country phase and a young Disney star phase, which we all loved when we were kids, and is now grown out of that and is really showing her true colors going through all these different things that a lot of us are kind of going through in our own lives. She’s been kind of representative of us in many ways, and also has reached out to such a worldwide community that anybody and everybody knows about her.

“We asked people on Grounds about her, and every single person had something to say and was excited to talk about her. That gave us the idea that she was definitely a megastar.”

Podcast highlight: “In what we called the ‘Banter’ section, we discussed everything that we had studied and said, ‘Why is this girl so famous?’ We just spoke about it so naturally; it was just so easy.” 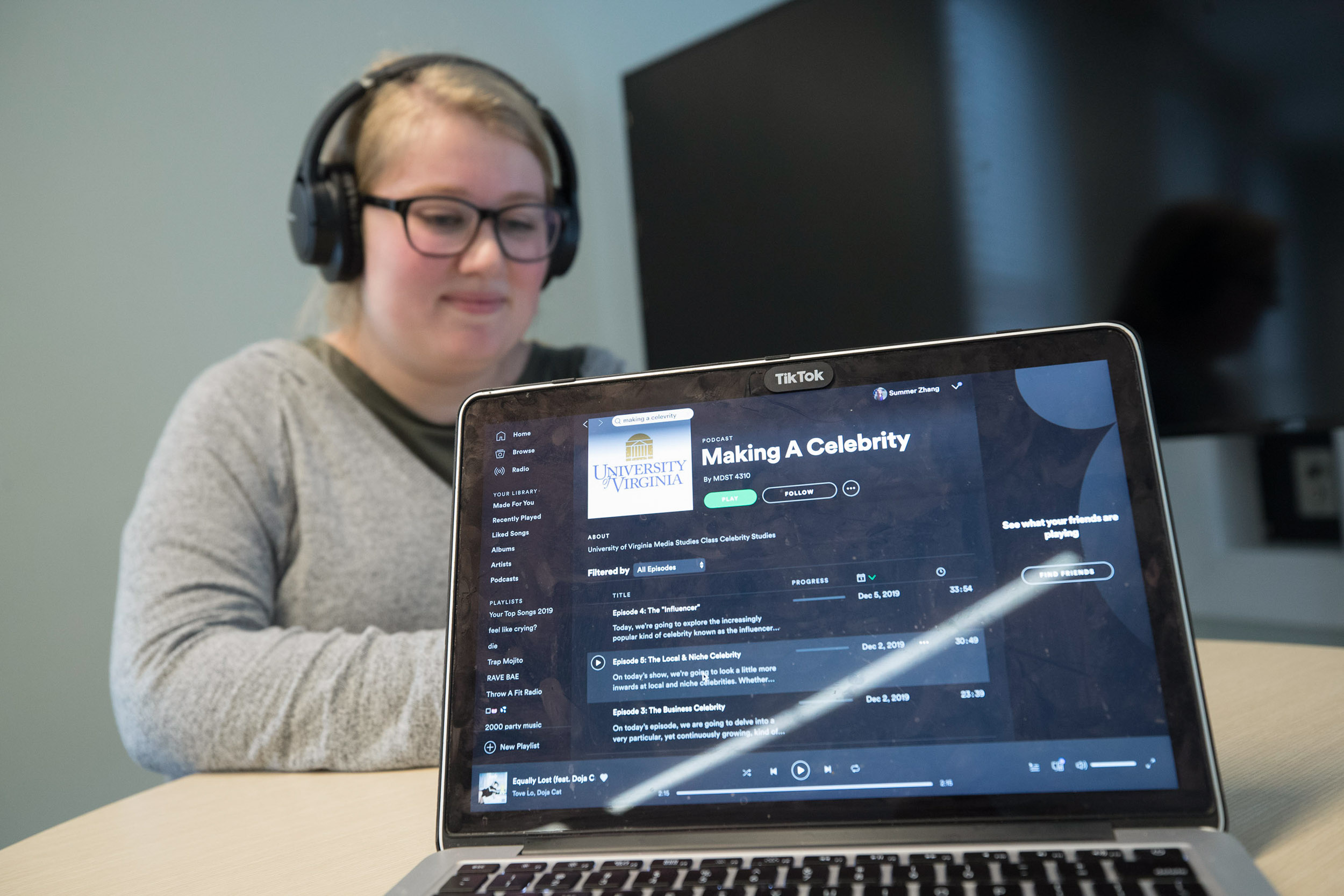 Why: “LeBron is huge,” fourth-year student Hildy Maxwell said. “Everybody knows him – regardless of whether you watch basketball or not. And then, the same thing with Serena.”

Podcast highlight: “What was really interesting to me is we talked about how Serena is really famous for a lot of different things and often famous for her controversy, which is interesting because she is a woman. Whereas LeBron James is most known for his sports ability, she’s been in a lot of controversies about how she’s acted on the tennis court, about how she’s a mother but then also how she’s taken her fame and started a fashion line. We talked about the different facets of her fame, which was interesting.”

Why: “We picked them because they’re extremely different and we wanted to try to compare them,” fourth-year media studies and foreign affairs student Magda Morice said. “When you think of a billionaire, you think of Bill Gates. Many people think of him as responsible. He has the Bill and Melinda Gates Foundation, so you think of his philanthropy and all of that.

Podcast highlight: “We had snippets of interviews from Elon Musk and Bill Gates and you could really see their personalities. Elon Musk is very out there. He talks a lot of gibberish; the interviews are actually really funny. In Bill Gates’ interviews, he talks a lot about his philanthropy and what’s next with Microsoft. We used those interviews to kind of draw the line between them.” 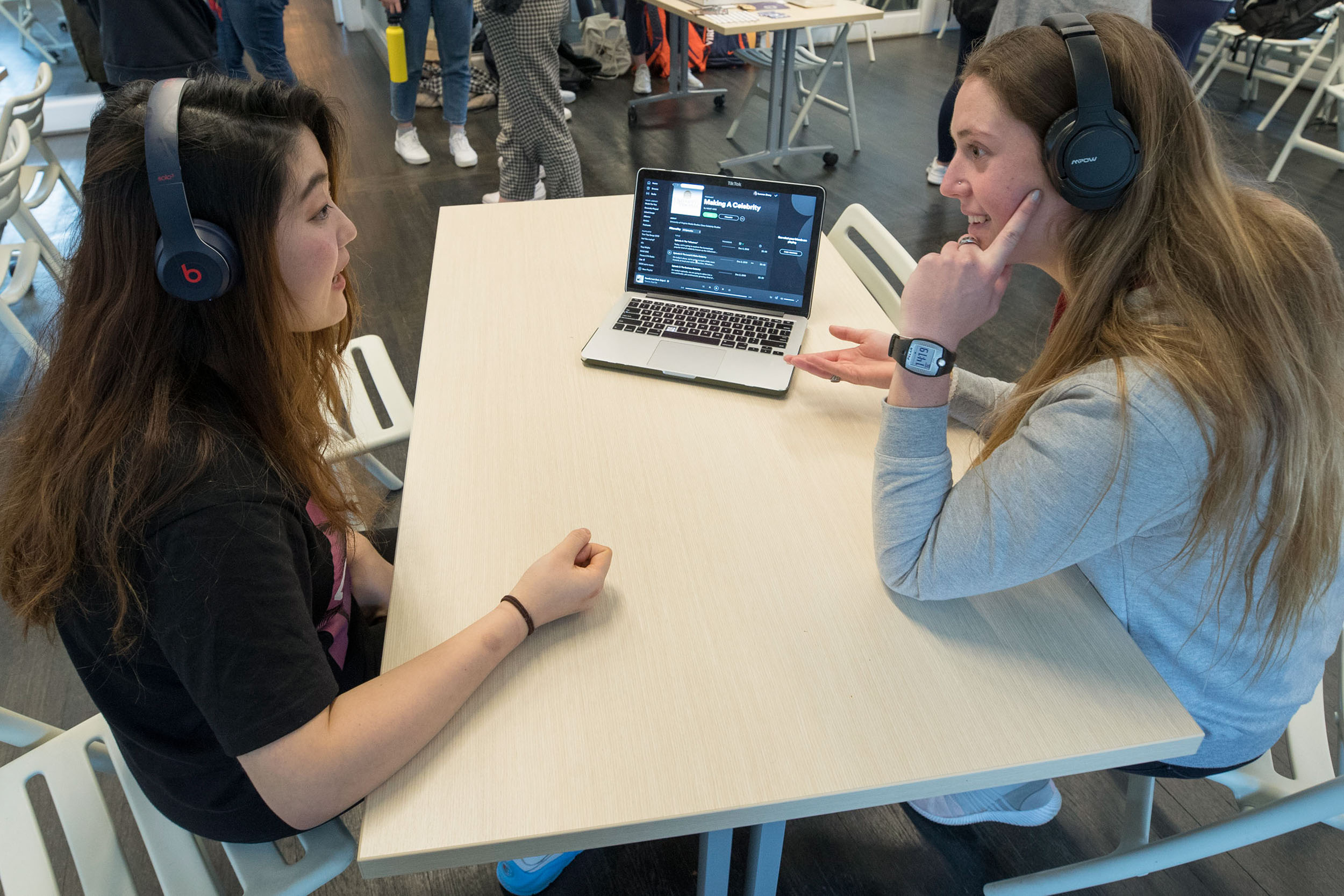 Why: “There are so many now that we couldn’t really choose one – so we chose two who started this whole idea of being an influencer on social media,” Ruiz said. “James Charles is in the makeup industry – an openly gay man who has become Cover Girl’s ‘Cover Man.’ That was a big thing. Recently, he was invited to the Met Gala as one of the first influencers.”

Podcast highlight: “I was really interested in the history part of it – How did this come about? – because I worked at a media agency this summer and influencers were a big thing,” Ruiz said. “They wanted influencers ‘at this tier and that tier,’ and I was like, ‘Why?’ I didn’t understand what the purpose was really. Now, hearing the whole history of how Kylie Jenner made her whole company from just being an influencer and what that really meant was really intriguing.”

Why: “We wanted to interview a basketball player, especially after last year’s win,” fourth-year student Sofia Ackerman said. “They really are celebrities – I think student-athletes have a ‘celebrity-ness’ to them. Kendall Street Company is one of the most famous local bands and then Miss Kathy is a UVA celebrity who everybody knows.”

Podcast highlights: “We interviewed [Badocchi] about basketball, being a part of the national championship team, but also having to play the piano in front of like 25,000 people at the [championship celebration at Scott Stadium], which he apparently wasn’t told about until the night before.

“Miss Kathy talked about her role of kind of like, ‘Sunshine at UVA.’ I think she’s such a staple at UVA. She got really emotional in her interview. I think getting to hear her speak about what she thinks her role at UVA is and her perspective was really interesting. I think a lot of UVA students will think it’s interesting, too.”

Overall, the students said they learned a lot.

“Celebrity is changing so much from the traditional celebrity of film and television ones,” Ruiz said. “Nowadays it’s beyond being somebody that looks a certain way and acts a certain way. Being a celebrity can be small – even in your own community, where you have your own following.

“With social media now, you can amass such a great following, and that’s why influencers are able to be a voice to people – especially to be people in their age groups and niche communities. It was really intriguing. You learn a lot about how people perceive things and how people are influenced by other people and why people look up or down upon different figures.”

Ackerman added: “Celebrities are a part of everyone’s life. Even if you don’t have social media or literally never leave your house, you know who these celebrities are. A lot of people don’t realize what it is that makes them a celebrity – like, why are the Kardashians so much more famous than any other wealthy family?

“Dissecting these ways that celebrities sort of distinguish themselves from the rest of the population was just really interesting. We wanted to focus on different types of celebrity, because everyone has different interests and relates to different celebrities. That was kind of our main idea behind the project.”

Class of 2020: Memories and Moments From a Long-Anticipated Celebration END_OF_DOCUMENT_TOKEN_TO_BE_REPLACED