What Makes Someone Become a Historian? Retiring UVA Profs Give Their Backstories 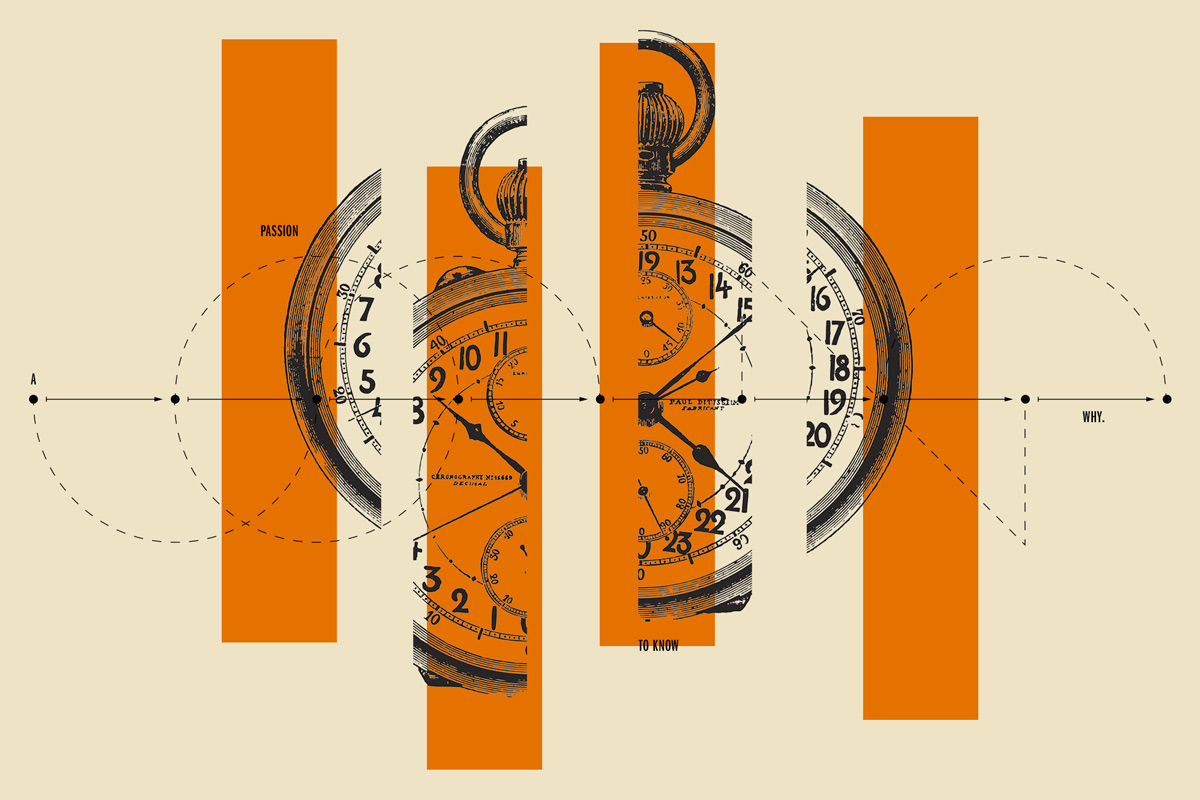 While external resources – such as a high school teacher, or a book, or a trip to a particular place – might sway an individual to pursue a career in history, an internal force drives most historians.

“They are all just curious people with a passion to know ‘why?’,” said Claudrena Harold, who chairs the University of Virginia’s Corcoran Department of History.

The quartet logged a combined 140 years of service to UVA, enhancing its history department through a variety of disciplines. UVA Today reached out to the four, asking what sparked their interest in becoming a historian, as well as what they considered their most gratifying career achievement.

Known for his role in the popular podcast “BackStory,” Balogh taught at UVA for 31 years, specializing in 20th-century U.S. politics, American political development, environmental history, history of science and technology and the history of U.S. media and politics.

Balogh’s path to becoming a historian didn’t start until he was 30. 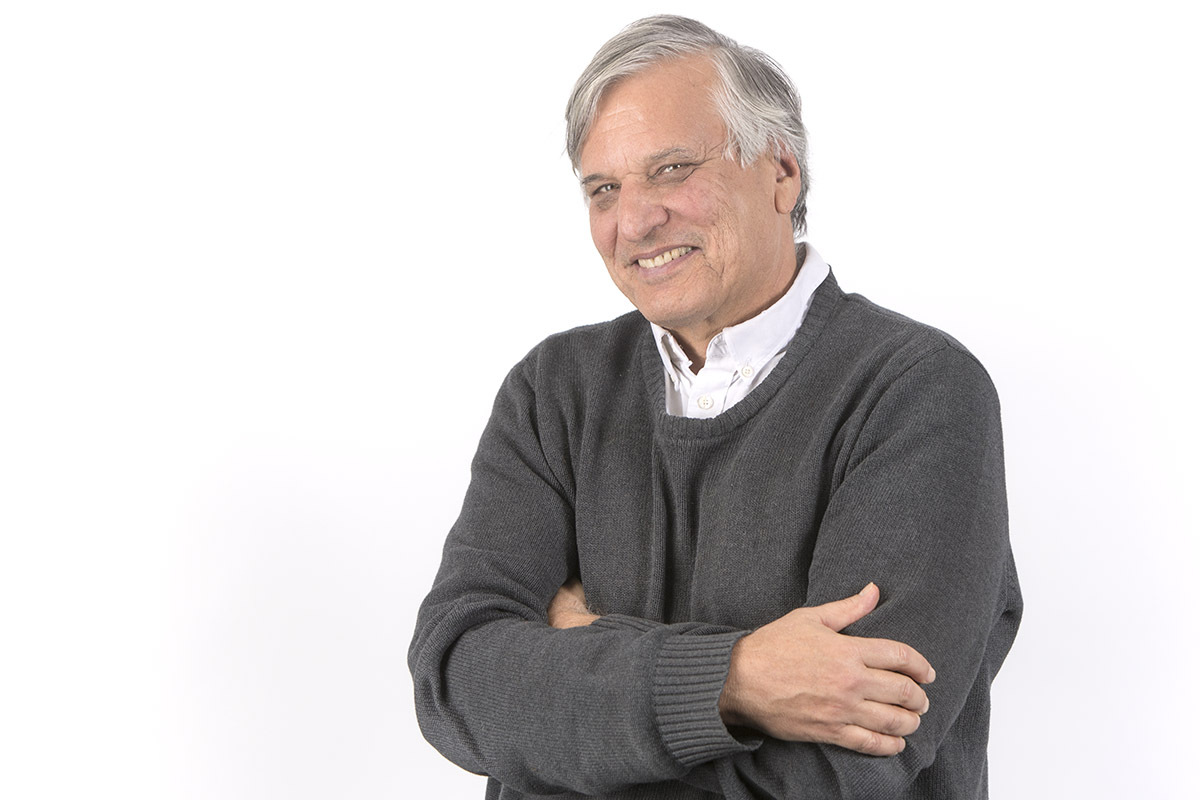 “Although I had a promising career in state and local government in Massachusetts and New York City, I discovered that I was far more intellectually curious than I had realized,” he said. “Against the advice of my friends and many historians – since there were no jobs at the time – I enrolled in the doctorate program in history at Johns Hopkins University and never looked back.

“The specific question that led me toward this path was, ‘How did the United States develop a powerful administrative state in the 20th century, given the strong anti-government attitudes that characterized political culture from the founding to this day?’”

While at UVA, Balogh founded and chaired the National Fellowship Program at the Miller Center of Public Affairs and moved it to the Jefferson Scholars Foundation, where it now resides. The recipient of the Z Society Distinguished Faculty Award for 2010-11, Balogh his written or edited six books, including the forthcoming “Not in My Front Yard: How a Political Novice Defeated the Machine.”

Despite his individual accolades, Balogh takes most pride in the number of successful doctoral students he’s trained at UVA and the scholars he has mentored in the National Fellowship Program, which has advanced the careers of 185 doctorate candidates from top programs across the world in history and the social sciences.

Braun taught at UVA for 39 years, specializing in Latin American history. The native Colombian holds several honors, including the Horace W. Goldsmith Distinguished Teaching Professorship in the Humanities and the 2015 Alumni Association Distinguished Professor award. He has served as a College Fellow, teaching a course on the individual and society in the new Engagements curriculum for first-year students.

Braun points to moments of discovery about people’s everyday lives that propelled his career. One of them was in his native Bogotá, Colombia, when he discovered what would be the inspiration for his final book, “La Nación Sentida.” 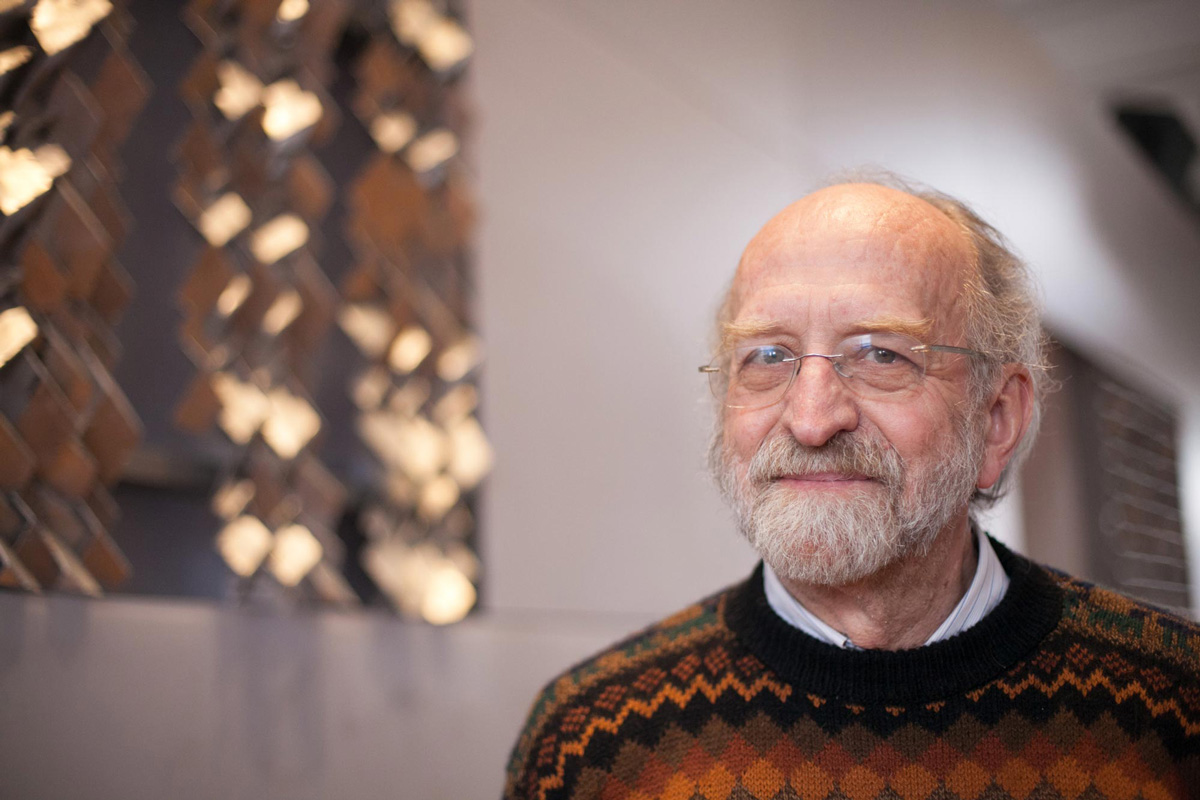 “One morning in the archives in Bogotá, Colombia, not far from where I was born long ago, I found a bunch of pages that turned out to be a lengthy memoir, unpublished and uncatalogued,” Braun said. “A 1940s local guerrilla leader writes about how he does not want to be a guerrilla leader. He wishes to deliver eloquent speeches in front of large crowds in urban plazas. The details of his life, his emotions, spoke to me then in ways I had hardly felt before.

“It turns out that he was a highly courteous person, and that he was filled with deep resentments. Coming slowly to recognize that this relationship between these surprisingly connected emotions was part of the lives of many then, I began to write my last book about courtesy and resentment in the daily lives of Colombians in the middle of the 20th century.”

Braun advocated for all people to document their moments in history. At the beginning of the quarantine stage of the coronavirus pandemic, in March 2020, Braun encouraged students to participate in a voluntary project to keep a record of their daily lives during the unprecedented time.

The UVA Today article about the project was read over 160,000 times in a week.

A part of UVA’s faculty since 1996, Gilliam specialized in the American South, Virginia’s 19th-century economic and business history, and Virginia political history. He received his law, master’s and doctoral degrees from UVA.

Gilliam’s career, which he now calls a “blast,” was sparked as a teenager. 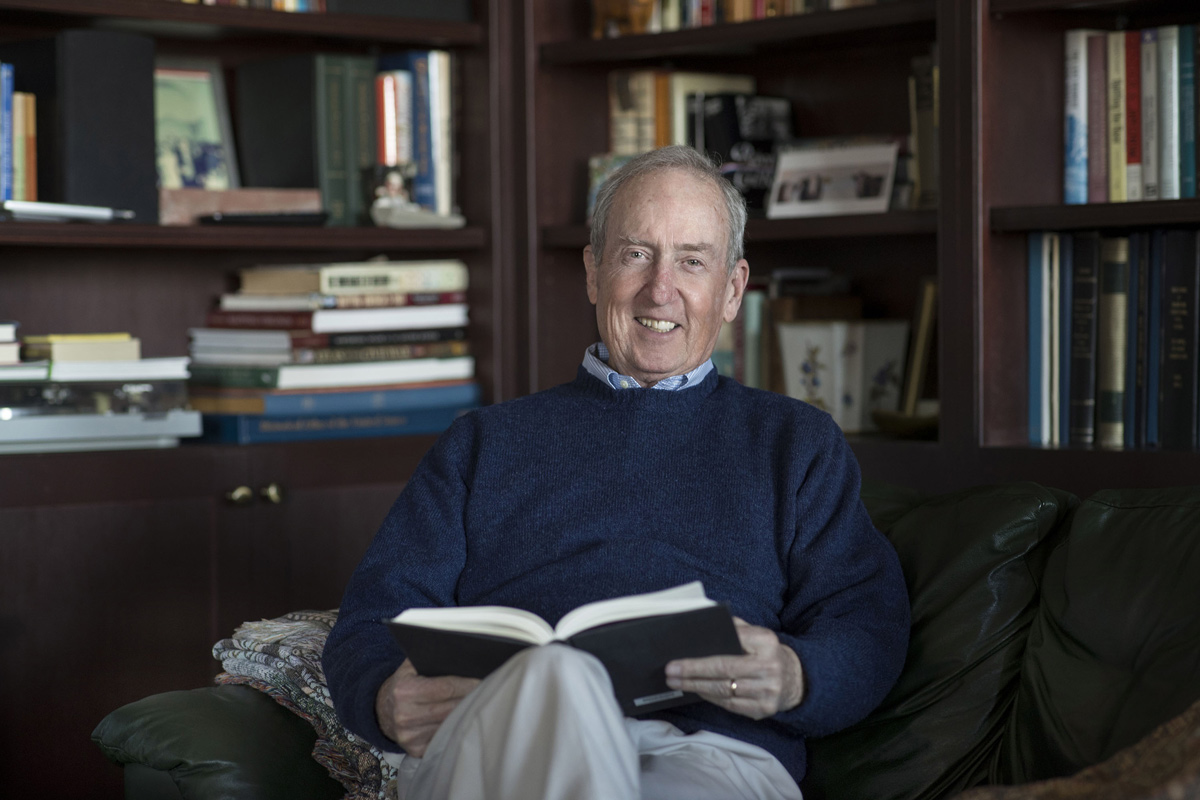 “Like many historians, I had a fabulous high school history teacher,” he said. “I wanted to be just like him. He taught me to be curious and to go where that led me.

“I practiced law for almost 30 years after graduating from UVA’s Law School. I had written several books, served in elective and appointive public office, and finally thought I had amassed enough questions to want to spend the balance of my years sating my curiosities.”

He was the producer, writer and narrator of “The Ground Beneath Our Feet: Virginia’s History in the Civil War,” which was first broadcast in 1999. Among his books was “Racin’: The NASCAR/Winston Cup Racing Series.”

“For a career highlight,” Gilliam said, “it’s tough to beat having fellow UVA professors Ed Ayers, Brian Balogh, Chuck McCurdy and Dick Howard sit on my dissertation committee. I was in the shadows of some of the most important historians of this era. They shepherded me through UVA’s grad school program, which was interrupted for eight years while I directed the Miller Center Forum. I was 70 when I finally was ready to defend my dissertation.”

Zunz taught for 43 years, specializing in a wide range of topics – from the U.S. in the 20th century to the 19th-century French political philosopher Alexis de Tocqueville. His varied interests were reflected in his books. In 1982, Zunz published his first book, “The Changing Face of Inequality: Urbanization, Industrial Development, and Immigrants in Detroit, 1880-1920.”

This book launched his career as an American historian. Zunz wrote it several years after visiting the U.S. for the first time, as a 23-year-old in 1969. 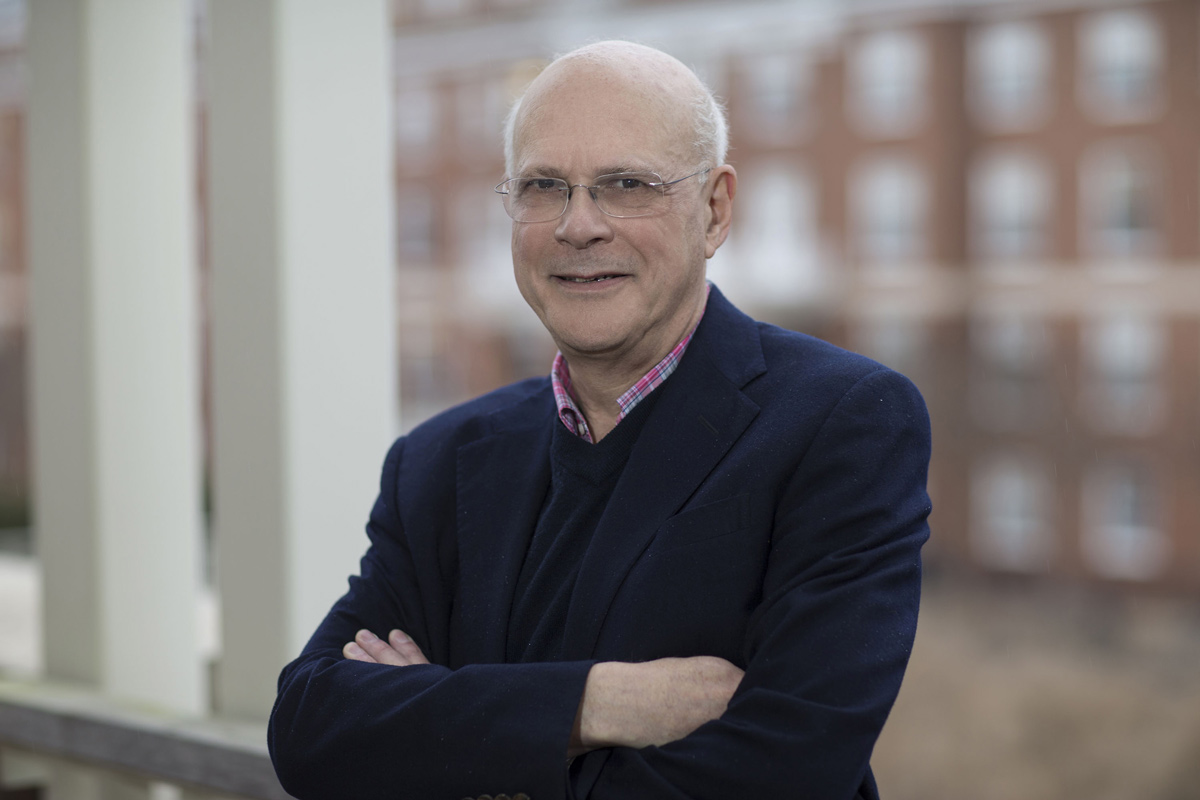 Olivier Zunz taught for 43 years, specializing in a wide range of topics, from the U.S. in the 20th century to the 19th-century French political philosopher Alexis de Tocqueville. (Photo by Dan Addison, University Communications)

“I spent three summer months touring the country on Greyhound,” Zunz said. “I saw much of the country that summer, but especially once city center after another destroyed by recent race riots. I asked myself, ‘How can one be so rich and how can one be so poor?’

Nearly 40 years later, he’s written “The Man Who Understood Democracy: The Life of Alexis de Tocqueville,” a biography that was recently featured in The New Republic.

While reflecting on his time at UVA, Zunz said he looks back with gratitude. He valued most the freedom he was given to explore new topics “and test ideas in lectures and seminars, always facing a questioning audience.”

At UVA, There Is a Club for Everyone END_OF_DOCUMENT_TOKEN_TO_BE_REPLACED