What Should We Do About Free Speech at UVA? Event to Spark Conversation 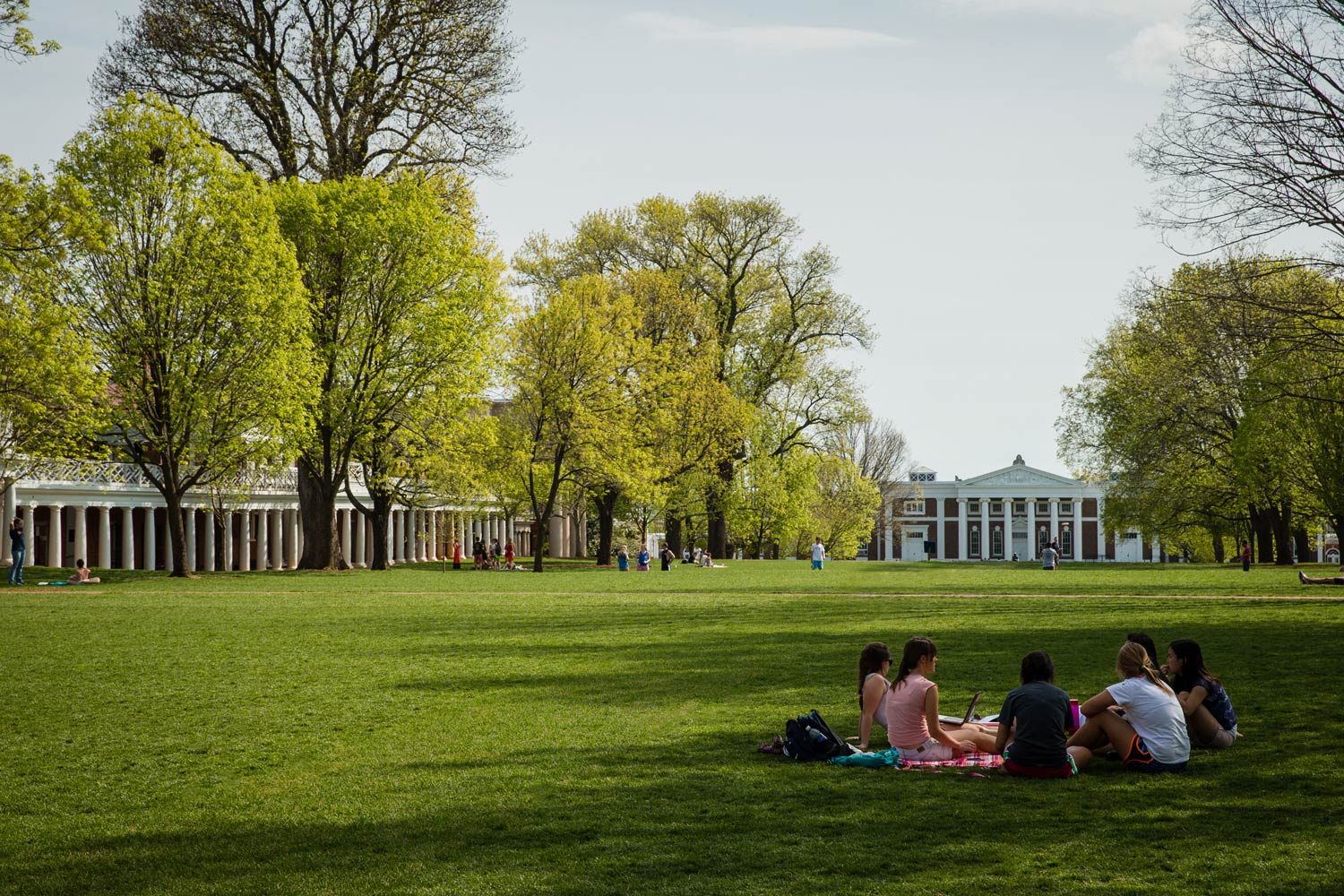 The University of Virginia is seeking to promote ways to strengthen freedom of speech on Grounds. (Photo by Cole Geddy, University Communications)

Editor's note: This story has been edited to clarify The Cavalier Daily editorial board's statement regarding Mike Pence's upcoming visit.

Nearly a year after the University of Virginia’s Board of Visitors endorsed a statement unequivocally affirming the freedom of expression and inquiry on Grounds, the school is providing a platform to continue the conversation.

While the policy will not change – UVA stands firmly behind its commitment to ideological diversity and expression – a new event challenges University community members to consider what adhering to the commitment might mean to them.

“What Should We Do About Free Speech at UVA?” will begin Wednesday at 4 p.m. in the Hotel E Garden Room on the West Range. Featured speakers will include UVA President Jim Ryan, politics professors Mary Kate Cary and John Owen, and students Emma Camp and Will Mallas. Those interested in attending can register here.

Ryan will provide introductory remarks before yielding the stage to the others.

Cary, a senior fellow at the Miller Center of Public Affairs, who organized the event, will serve as the moderator for the remarks.

Owen, also a senior fellow at the Miller Center, is the Taylor Professor of Politics.

Camp is a fourth-year student, member of the Jefferson Literary and Debating Society executive council, and author of a much-discussed recent New York Times op-ed.

Mallas, a fourth-year student, is a founding member and editor of The Jefferson Independent, a student-run conservative news publication that covers UVA.

Cary said she also reached out to The Cavalier Daily’s editorial board, which recently wrote that it "does not condone platforming" former Vice President Mike Pence, who is scheduled to be featured at an upcoming Young Americans for Freedom event on Grounds. Cary said board members told her they will be unable to attend Wednesday’s event.

“This isn’t a debate,” Cary said. “This is not about proving one side right or wrong. It’s about hearing all sides and letting people go away with a better understanding of what the various aspects of the conversation are.”

That conversation is rooted in last June’s release of UVA’s free speech statement, which included the line, “All views, beliefs, and perspectives deserve to be articulated and heard free from interference.”

The statement was the result of months of intensive work by a 12-person committee appointed by Ryan and then-Provost Liz Magill, and intentionally included members with a wide range of viewpoints and experiences. At the time, Ryan said, “We are working to give voice to our commitment as an educational institution to the free and open exchange of ideas.”

Wednesday’s event gives the statement a public airing, something Cary has pushed for since serving on the committee.

“Part of my motivation here is, since last fall, I’ve been increasingly aware how few students and faculty know there is a free speech statement at UVA,” she said. “So I’m trying to build awareness for it.”

Cary will also bring attention to HoosForFreeSpeech.com, a website she’s launched that highlights the University’s free speech statement and allows UVA students, faculty, staff, parents, alumni and friends to add their names in support of its principles.

With Owen, Camp and Mallas, Cary intends to initiate conversation with questions such as the following:

“We’re trying to draw attention to the ways we can strengthen freedom of speech at UVA,” Cary said. “I’m hoping this will be the first of a series of events on Grounds.”

The event is being sponsored by “Think Again @ UVA,” a new initiative that seeks to promote critical thinking, civil discourse and free speech among students.

At UVA, There Is a Club for Everyone END_OF_DOCUMENT_TOKEN_TO_BE_REPLACED