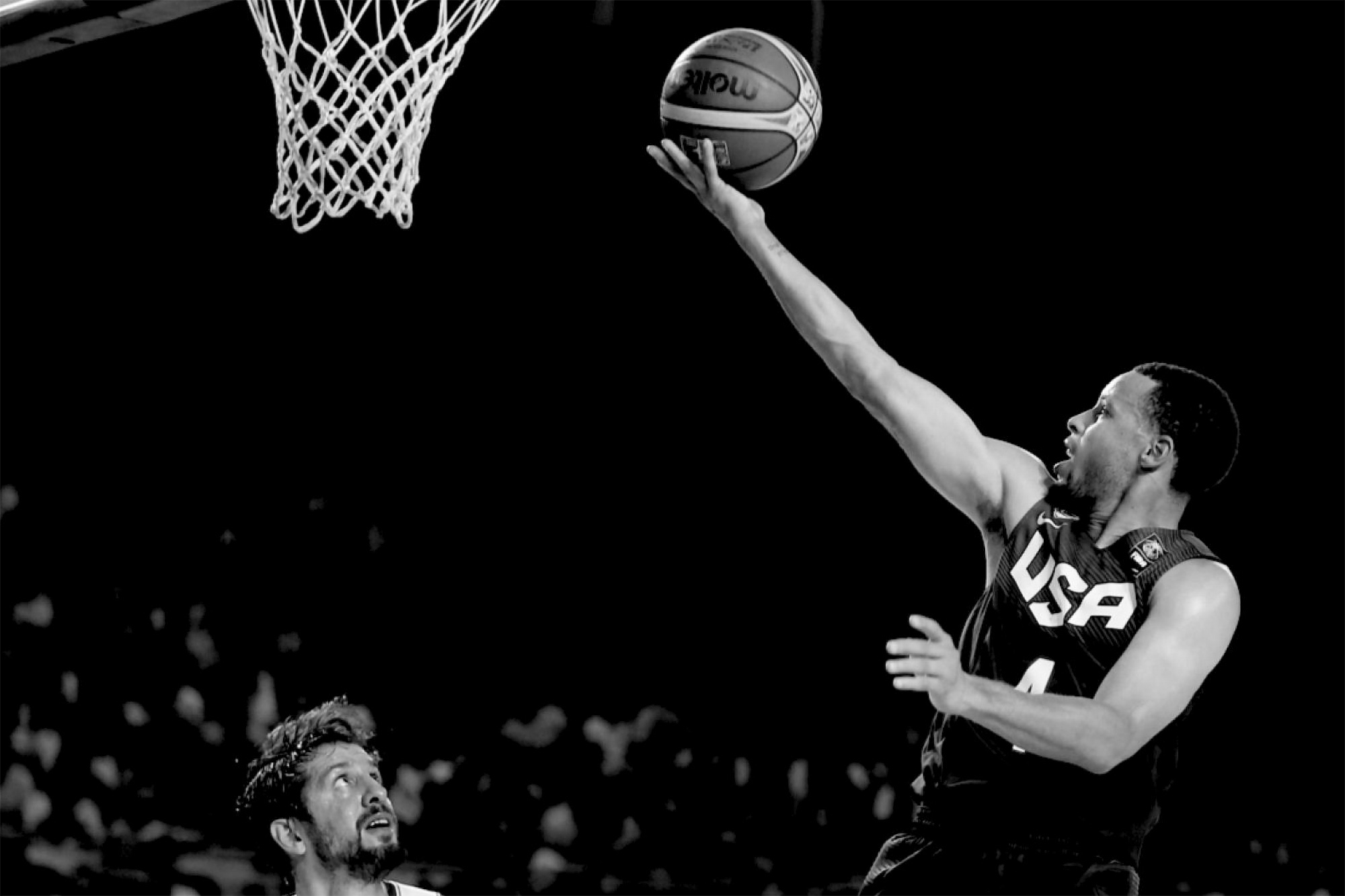 Stephen Curry did not relax once he became an NBA All-Star and Olympian, continuing to find ways to improve his game – a lesson for businesses, one Darden professor said.

When Stephen Curry took the court for the Golden State Warriors in a crucial game against the Phoenix Suns on Christmas Day, he did so as arguably the best player in the game – and perhaps one of the top 20 players in the history of the NBA. In December, Curry broke the record for most career 3-pointers ever in only his 13th season, shooting more than 43% from downtown.

For him, however, that just isn’t good enough.

The Warriors’ point guard goes to extreme lengths to improve the odds that any given basketball he shoots will swish through the net. This embraces the concept of continuous process improvement, said Darden School of Business professor Elliott Weiss.

“I teach and write on continuous process improvement, the relentless pursuit of creating value,” Weiss said. “We see Curry practicing this, trying relentlessly to improve.”

Pioneered by Japanese automotive firm Toyota, continuous process improvement (kaizen in Japanese) focuses specifically on reducing variability to create superior products, Weiss said. Curry has been doing the same, practicing with a special motion-sensing technology that tells him exactly how far off-center each shot is. As the ball reaches the rim, a voice calls out a number from minus-9 to 9 to tell him how many inches from dead center it is, with 0 being a perfect swish. Even when a ball makes it through the hoop, Curry can tell when it is less than perfect and adjust his shot to make it better.

“He’s using data to get feedback that wasn’t possible before,” Weiss said. “When it’s off-center, he can hone in on what the variables are that are causing that, whether it’s the launch angle or the wrist movement or whatever.”

The result is the difference between being accurate, meaning that on average you get close to your target, and precise, meaning that each shot hits close to the same spot.

“Accuracy is nice, but precision is even better,” Weiss said. “If you have a lot of variability, it’s hard to figure out what’s going wrong. But if you are tight and precise, then even if you are off by a bit, you can theoretically move slightly to one side and it will all be good.”

The same concept applies to business products, Weiss explained. Whether you are manufacturing a bookcase for IKEA or a car door for Toyota, you only have a set amount of tolerance for variation in the process before a component is “out of spec” and the product fails. Only by continuously improving your operations can you create high enough degree of precision that the process is robust enough to succeed even in the face of unforeseen variability.

“Say you are in the business of baking cakes. There may be variability in the type of butter or size of the eggs or source of the milk,” Weiss said. “You’d like to have a good process that produces a good cake regardless of those factors.”

By improving his precision, Curry strives for that same predictability.

“He’s trying to make the process more robust so when factors emerge beyond his control, such as when he is tired or the crowd is yelling, he is still able to get the same output,” Weiss said. In fact, as part of his training regimen, Curry even works out harder once or twice a week to simulate the stress and fatigue of the game and see if he can still shoot with the same results.

Behind all this training, Weiss said, is a recognition that the standards of the game are changing; in basketball as in business, customer needs and expectations are changing. The same way cars have improved their gas mileage or computers have become more reliable, it’s no longer enough for a top NBA player to perfect a solid jump shot. In recent decades, the percentage of shots taken from beyond the 3-point line has increased from around 3% in 1980 to 17% in 2000 to almost 40% today, pushing the bounds for success. “If you make a lot of 14-foot jump shots, you may be able to play in college, but that’s not going to make an NBA all-star career,” Weiss said.

As those standards rise, players like Curry must up their game or risk being left behind. In the same way, Weiss said, companies must never rest on their laurels.

“We have a saying that quality is the only race you lose by finishing,” Weiss said. “As soon as you stop improving, then someone is going to get better than you.” That’s true even if you are the best player in the NBA, Weiss said, as Curry has clearly taken to heart.

“Here you have a fellow who is at the top of the game, realizing that standing still is not an option,” Weiss said. “He is still continuously improving based on data, effective analysis and reducing variability.”