What’s So Funny These Days? Keith Knight and Other Cartoonists Give It Their Best Shot 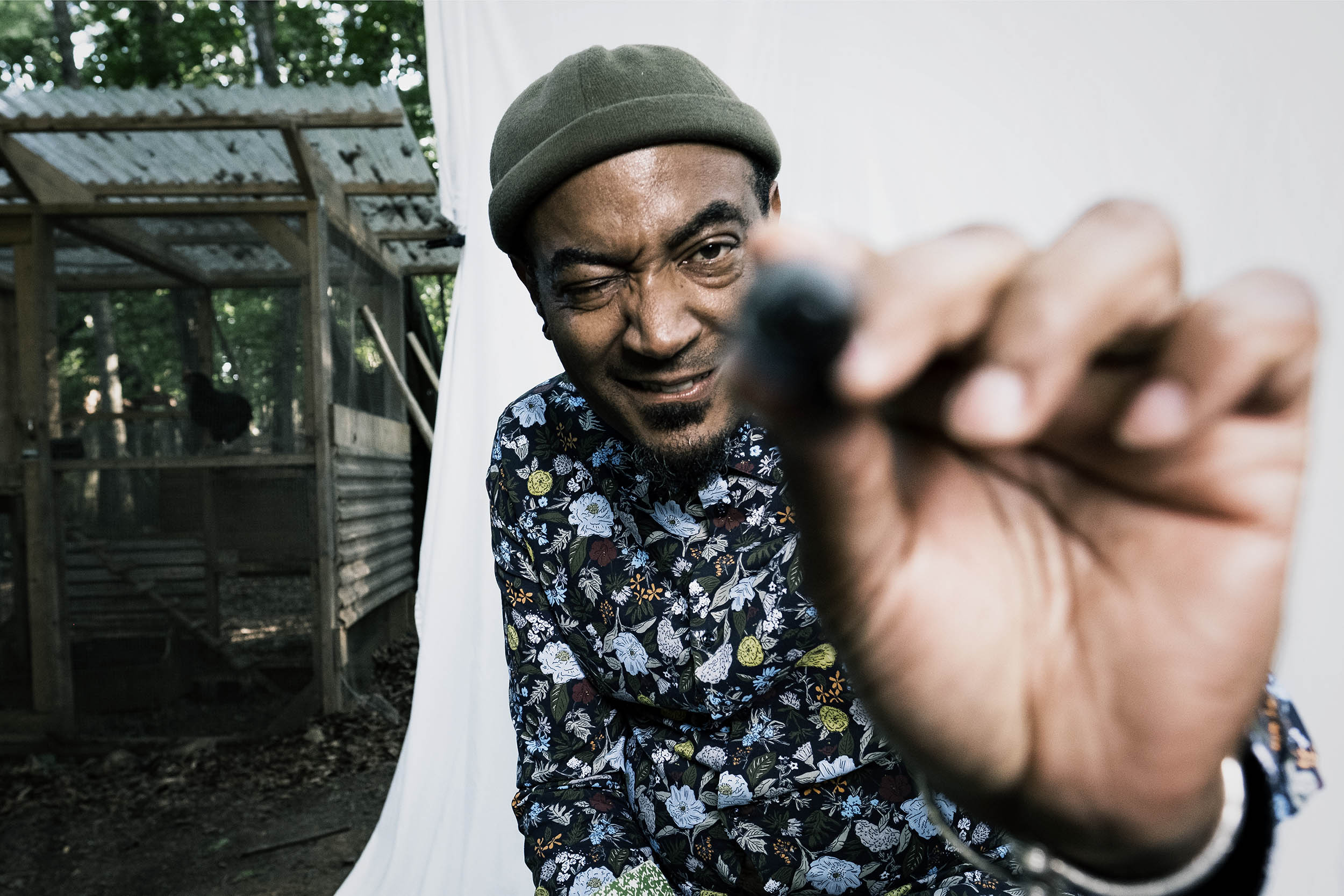 As the 2020 U.S. presidential election nears, the University of Virginia’s Albert and Shirley Small Special Collections Library offers the sharp perspectives of political cartoonists on living through these turbulent, uncertain times – and on making a living in the future.

A three-day virtual symposium on “The Future of American Political Cartoons: A Symposium in Honor of Pat Oliphant,” to be held Oct. 22 to 24, will feature keynote speaker Keith Knight, special guest Patrick Oliphant and some of the country’s most influential political cartoonists for in-depth discussions of the field, today and tomorrow. This symposium was to be held last spring in conjunction with the UVA Library’s 2019-20 exhibition, “Oliphant: Unpacking the Archive,” and has been made virtual to ensure this important conversation moves forward.

In 2018, the Small Special Collections Library acquired Oliphant’s extensive professional archive, with material from more than five decades of work. With print news media receding as online sources and digital tools proliferate, the world is changing for this form of visual commentary, once the shared experience of every reader with a newspaper and a cup of coffee. Now retired, Oliphant is deeply concerned about the future of the genre he has influenced so profoundly, said conference organizer Molly Schwartzburg, the curator who co-organized the library’s Oliphant exhibition with University Professor Elizabeth Hutton Turner.

“The library wanted to host this conversation because we were inspired by Pat Oliphant’s insights after half a century in this rapidly changing field,” Schwartzburg said in email. “For instance, freedom of expression is the subject of one of our panels. Pat moved to the U.S. in 1964 in large part because editors in his native Australia were too timid to publish many of his sharp, trenchant cartoons about that turbulent era. American editors gave him free rein. In the U.S. today, cartoonists like panelist Rob Rogers risk being fired after their home newspapers publish cartoons that are too critical of national politicians.” 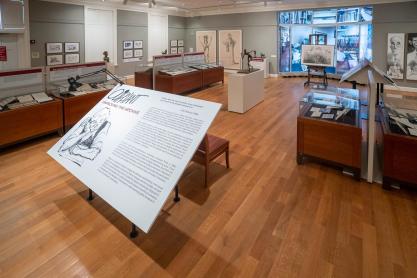 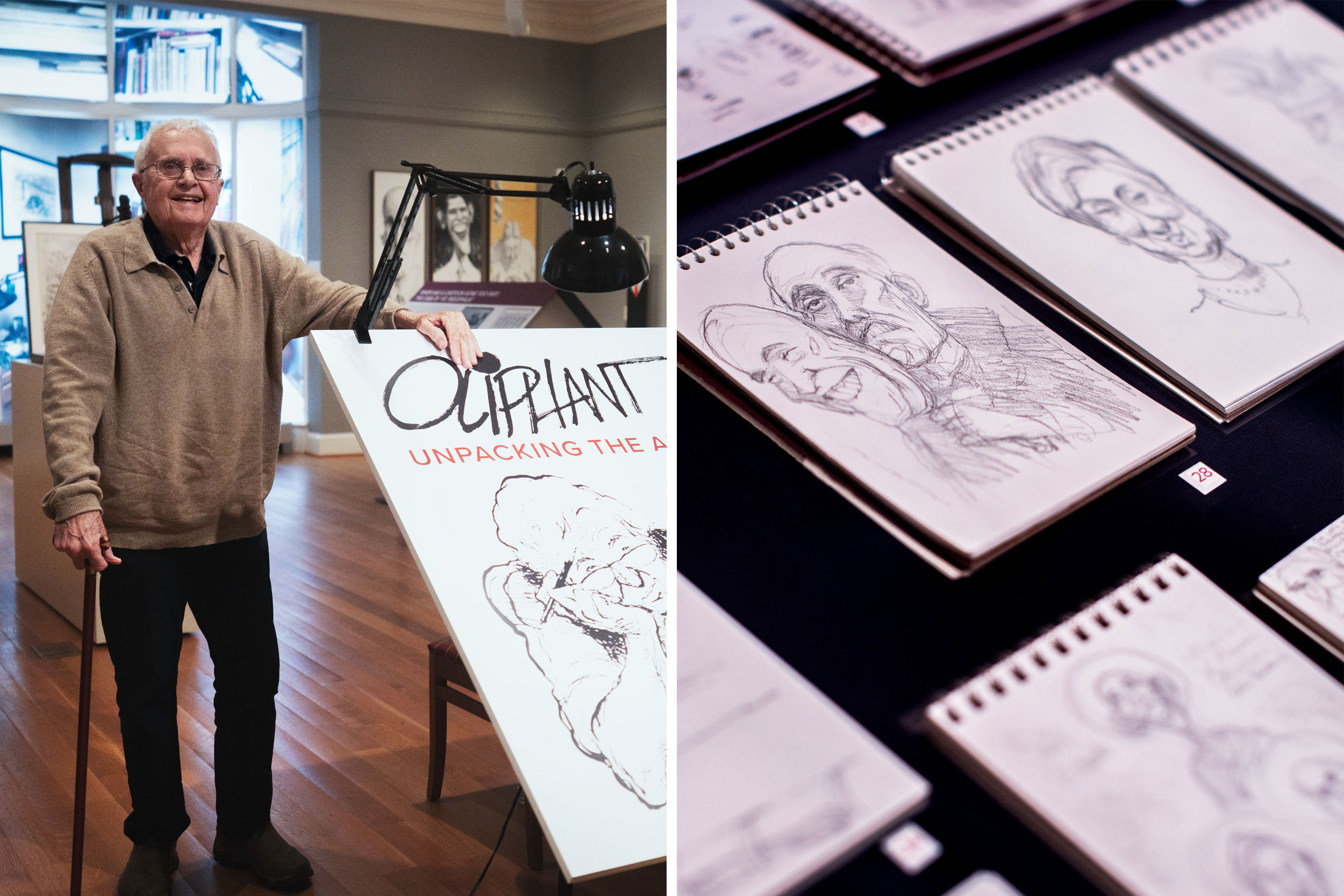 After Pat Oliphant donated his political cartoons and art to UVA, he visited an exhibit of his work in the Small Special Collections Library last year. (Photos by Sanjay Suchak, University Communications)

UVA students can sign up for an in-depth conversation about the career paths of some of the cartoonists on Oct. 22, moderated by Charlottesville artist Warren Craghead, who works at the Law School. The public can register for Knight’s Oct. 23 presentation and the next day’s three panels, featuring cartoonists from all over the country, including UVA alumna Jen Sorensen, plus Nate Beeler, Matt Bors, Tom Gibson, Kevin Kallaugher, Rob Rogers, Ann Telnaes, Signe Wilkinson and Adam Zyglis.

Knight, born near Boston, has created three highly regarded popular comic strips, “The Knight Life,” “(th)ink” and the “K Chronicles.” He is part of a generation of African American artists raised on hip-hop – he used to rap as a member of the hip-hop group “Marginal Prophets” – whose work mixes humor, satire, politics and race. His art has appeared in a range of publications, including The Washington Post, Daily KOS, the San Francisco Chronicle, Medium.com, Ebony, ESPN the Magazine, L.A. Weekly, MAD Magazine and the Funny Times.

Knight took some time while herding his chickens at home near Chapel Hill, North Carolina, to talk about making a living with his marker, covering current events and race issues in his cartoons and UVA alumna Sasheer Zamata’s role on his new Hulu series, “Woke.”

Q. When did you know you wanted to make cartoons?

A. I was drawing on walls when I was 2 years old. I’ve always wanted to do comics.

Q. Why did you want to be part of UVA’s symposium about “The Future of American Political Cartoons”?

A. I so much wanted to present in Charlottesville because of the white supremacy rallies that happened there in 2017. Sadly, it couldn’t happen, so this is the next best thing.

Q. You’ve given presentations on college campuses before, right? Why do you like to do that?

A.  I like giving presentations live in-person because no one reads newspapers anymore. It’s a great way to bring my cartoons to new audiences. And since COVID, I’ve been doing it online.

My slideshow, “Red, White, Black and Blue: Highlighting America’s Racial Illiteracy,” will be my keynote [for the conference]. There is no better time for it.

I don’t even mention Trump. I talk about racism because racism is evergreen. He’s just in this historic moment. 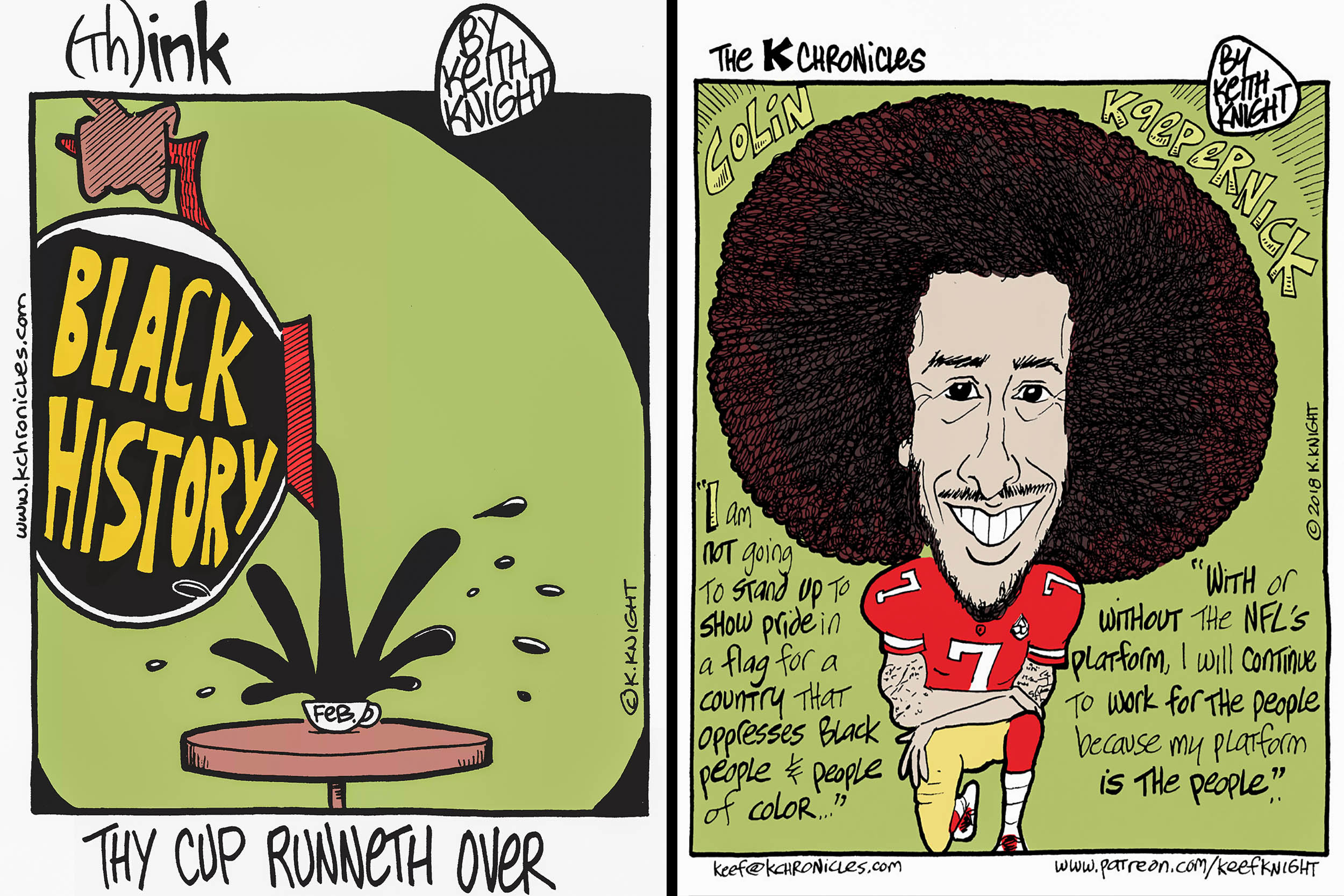 I will talk about suppressing the vote – you could call it a tradition, all of the different ways of doing that, like cutting funding, closing polls. There’ve been hoaxes to vote by texting. A lot of misinformation will keep getting out there.

I know in our old neighborhood in Chapel Hill [before the last election], people posing as Black supporters of Trump infiltrated the neighborhood listserv emails. We had to have meetings about how to combat trolls. Every house that had a Black Lives Matter sign got letters, trolling and mean.

Q. Can you explain how you developed your website and online presence? Is that the new or necessary way to get your art to readers/viewers these days?

A. It is necessary, and it certainly is not new. Maybe because I was living in San Francisco during the tech boom, I could see the writing was on the wall about the death of print decades ago. So the transition to it wasn’t as hard for me as it has been for others.

For cartoonists, the internet is the greatest thing and the worst thing at the same time.

It thwarted the need for syndication and advertising revenue for newspapers. It destroyed what was beneficial in making a living cartooning. You had to stay alive until you figured out how to be online and get support. [His work is available the art website, Patreon.] That’s how I made up for newspapers I lost.

You build up your skills as a cartoonist and along the way compile followers, so you can then announce your next project online.

When I moved to L.A. and developed the TV show, I had nine deadlines a week. When I went into the writers’ room, I was down to two deadlines.

A. I was a big part of the show. I co-created it, co-wrote the pilot. I was in the writers’ room, on set and executive-produced it. In January, we filmed the first season. I was on set all the time and met everyone. I did all the artwork, approved costumes and checked on sets. It was a bit overwhelming.

My whole philosophy comes from meeting cartoonists who sold stuff to Hollywood and they hated it, but my thing was if Hollywood was going to mess up my stuff, I wanted to be there. I needed to be part of it. If it was terrible and I had nothing to do with it, I would say, “What if?” Don’t know about a next season yet.

I thought it came out pretty good, considering few thought we could mix humor, serious issues and talking trashcans.

And I did not know Sasheer [Zamata, a former “Saturday Night Live” regular] was a UVA alum. She was brilliant in the show – kind of a “woke” Yoda.

Q. Do you feel the same way the character Keef does, especially wanting to balance lighter humor with social commentary? How is the character similar and different from you?

A. I was profiled by police in a similar way that Keef is in the show, though in the show it’s a bit more dramatic. And I was doing cartoons about police brutality and racism for a few years before it happened to me.

The shock for me was watching my white roommate get up in the cops’ faces and they were good with it.

And I did post “Black People For Rent” signs around San Francisco.

Everything else was dramatic license. 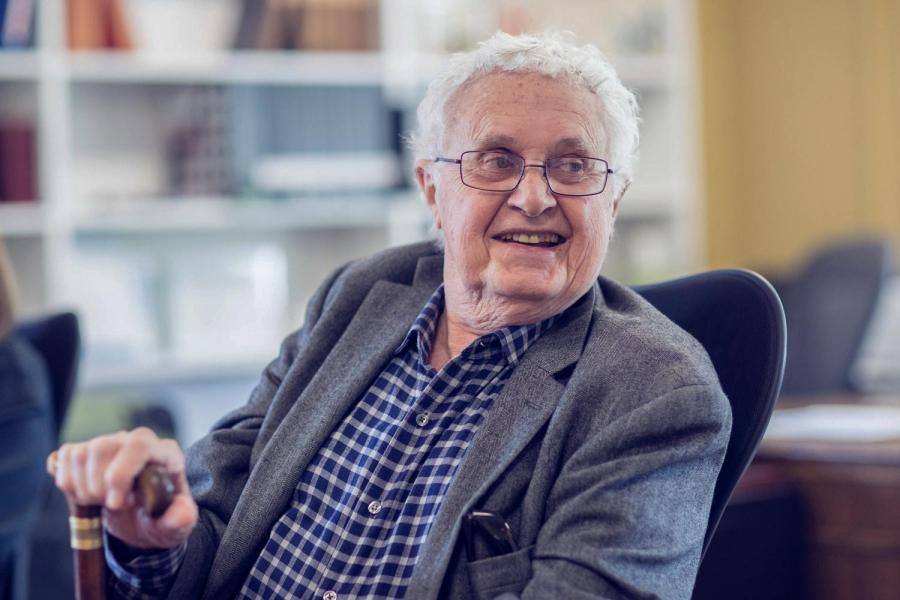 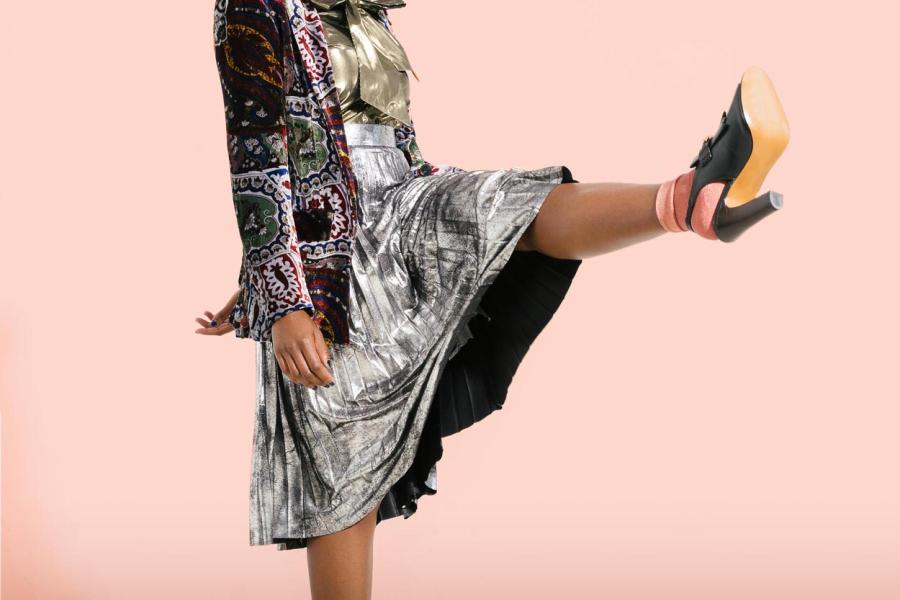 Sasheer Zamata Reflects on Her Time at UVA, How It Launched Her Career 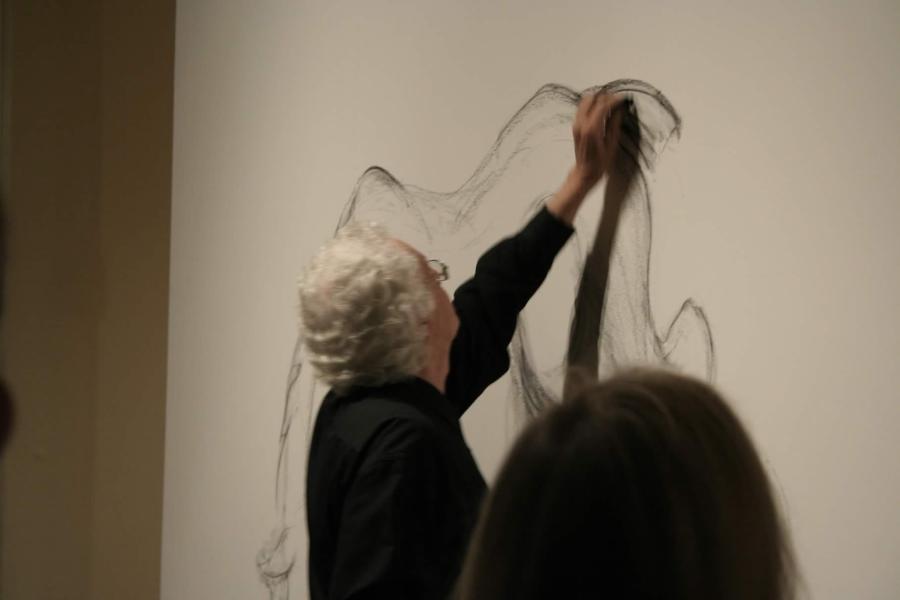