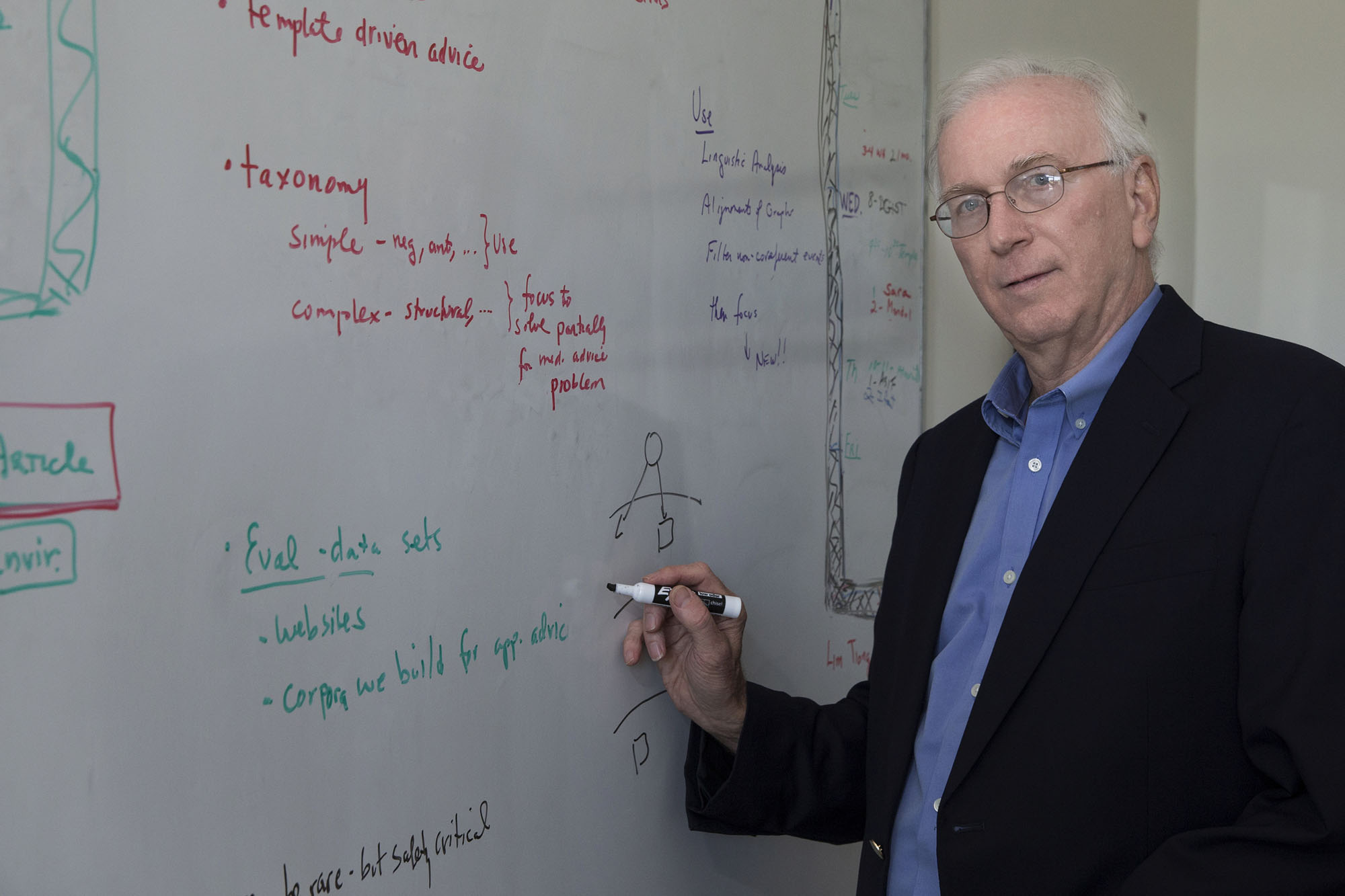 John Stankovic wants to make smartphone health applications talk to each other to keep people safe and healthy.

Stankovic, BP America Professor in the University of Virginia’s Department of Computer Science, has received a National Science Foundation grant as part of a program to envision “smart and connected cities and communities.” His research aims to make home health care safer, working to eliminate conflicts among medical applications and personal medical devices on which people are increasingly depending.

“The U.S. Food and Drug Administration expects that there will be 500 million smartphone users downloading health care-related apps by the end of 2015,” Stankovic said. “Many of these apps will perform interventions to control human physiological parameters, such as blood pressure and heart rate.”

“The intervention aspects of the apps can cause interdependency problems,” he said. “Multiple interventions of multiple apps can increase or decrease each other’s effects, some of which can be harmful to the user.

“These problems occur mainly because each app is developed independently without knowing how other apps work.”

Stankovic’s $200,000 grant will fund his research in developing “EyePhy,” a program that will recognize conflicts in health and wellness applications and alert the user.

“EyePhy uses a physiological simulator called ‘HumMod,’ which was developed by the medical community to model the complex interactions of the human physiology using over 7,800 variables,” Stankovic said. He said tests that show individual cyber-physical systems applications are safe cannot guarantee how they will be used and with which other future applications they may run concurrently.

“It is becoming more common for people to use multiple apps,” he said. “The average person may not understand how multiple apps might affect his health due to hidden conflicts among a large number of variables. A tool such as EyePhy is critical to future deployments of safe mobile medical apps.”

Stankovic is among more than a dozen researchers at the U.Va. School of Engineering and Applied Science who are making significant advances in cyber-physical systems. The school has announced a multi-million dollar initiative to hire eight new faculty members and create an interdisciplinary laboratory where Stankovic and colleagues will continue to pursue breakthroughs in cyber-physical systems.

Among the goals Stankovic seeks to achieve with the EyePhy program are to assist application developers with tools and platforms to help build their applications; to create personal analytic data on and for the users; and to identify problems in real time, as medical applications are being used.

He said the person using the program would need to load in a rudimentary medical history at least, such as “white, male, 60, with heart disease.”

Stankovic said he developed the idea while looking at potential conflicts among automated systems within a “smart house.”

“I started thinking about what the affects would be in the human body,” he said.

Stankovic is one of 12 researchers awarded a total of $2.5 million in Washington on Monday. These awards support NSF-funded researchers at universities across the U.S. to participate in the 2015 Global City Teams Challenge, an initiative launched in 2014 by the National Institute of Standards and Technology to showcase smart technologies with the potential to transform cities and communities around the world.

The awards allow teams of researchers, often from multiple institutions, to develop new approaches to effectively integrate networked computer systems and physical devices, with a focus on applications of public benefit.

“Today’s awards are built upon advances enabled by NSF’s longstanding investments and leadership in fundamental research in computing and information science and engineering,” said Jim Kurose, NSF’s head of computer and information science and engineering. “Sophisticated networking capabilities and the tight integration of computation and physical systems have enabled today’s smart systems. These new projects, and all the participants in the Global Cities Team Challenge, will help to realize the smart and connected communities of tomorrow.”

In Memoriam: Life of Drama Professor To Be Honored Sunday END_OF_DOCUMENT_TOKEN_TO_BE_REPLACED