When It Comes to Problem-Solving, New UVA Study Finds That Less Is More 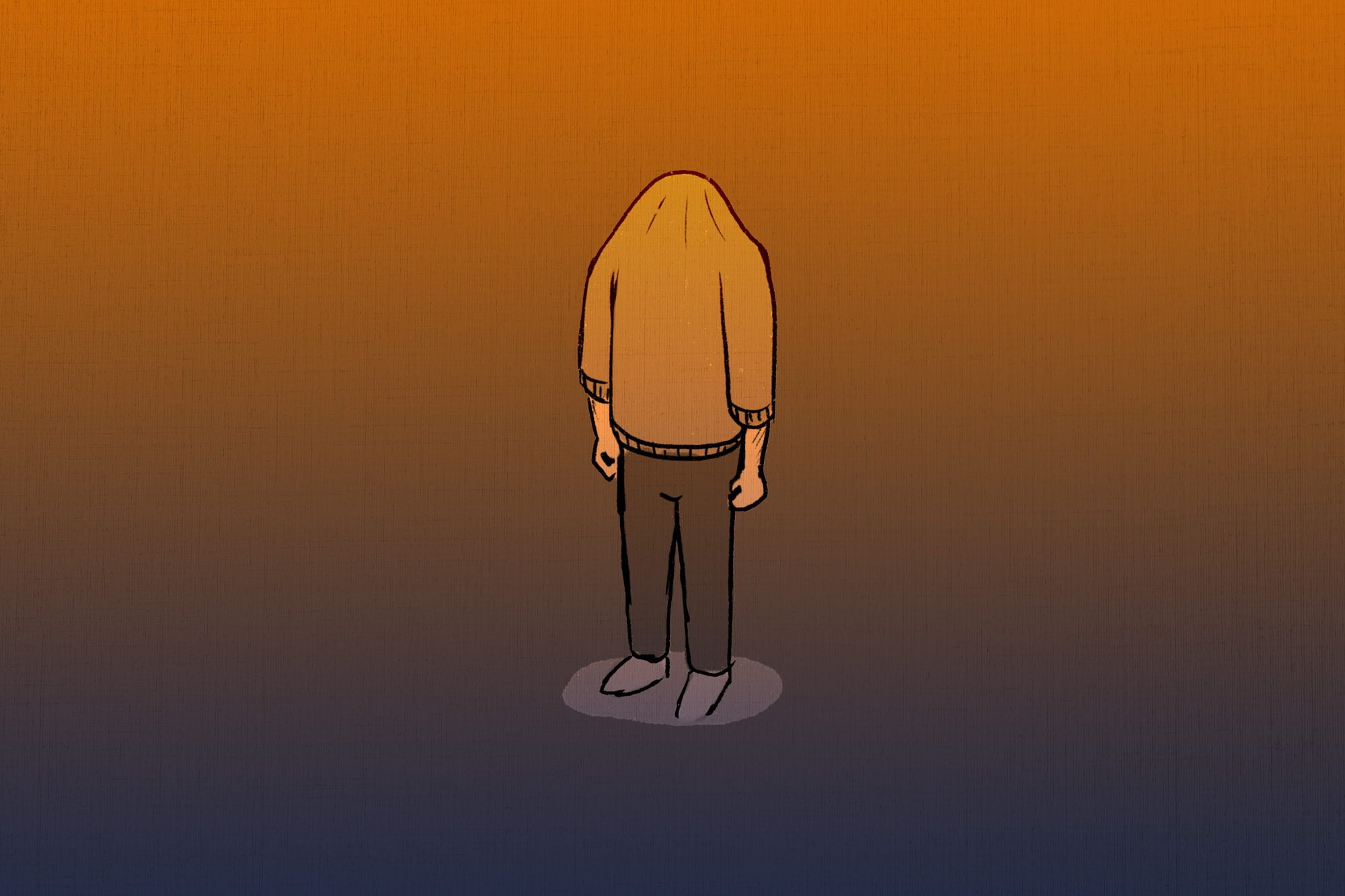 Writers are often reminded to “omit needless words.” Designers are told “less is more.” Savvy leaders are increasingly learning to “remove barriers.” And everyone has, at one time or another, been chided to “keep it simple, stupid.”

Why do so many fields develop these subtractive reminders? According to an interdisciplinary quartet of current and former University of Virginia researchers, the reminders may be attempts to fight people’s natural inclination to add. Left to their own devices, people often fail to consider subtracting.

Featured on the cover of the April 8 issue of the journal Nature, the quartet’s research shows that people default to thinking of additive change ideas, and that finding subtractive alternatives often requires more cognitive investment.

“Overlooking subtraction may mean that people are missing out on opportunities to make their lives more fulfilling, their institutions more effective and their planet more livable,” the team writes.

UVA Today caught up with Adams, Converse and Klotz to learn more.

Q. What does it mean that people overlook subtraction?

Adams: If a leader wants to change a situation, she can add incentives or she can remove barriers. If a designer wants to improve some product, she can add new features or she can take away extraneous stuff. Most of the time, if you want to change something to make it better, your two main options are to add new components or to take away components that are already there.  When you describe both options like this, it’s obvious that subtraction is an option, and might sometimes be a better option. But when you’re going through everyday life, you have to generate all the options on your own.

Converse: Consider one of the studies that we ran. Check out this Lego setup. We are going to pay you $1 if you can renovate the structure so that it will hold a real masonry brick above the little Lego person’s head without collapsing. There is a pile of other Legos that you can use, but each one is going to cost 10 cents from your bonus. For most people, their first inclination is to grab some extra Legos and add three more bricks under the platform. About 60% of people pursue that solution under normal conditions. If you don’t jump to that additive conclusion, though, you may recognize that you could instead remove the existing support. The platform drops down and sits flush on the base below, still with enough clearance for Lego Guy. The subtractive solution is more efficient, but you only notice it if you don’t jump to an additive conclusion. 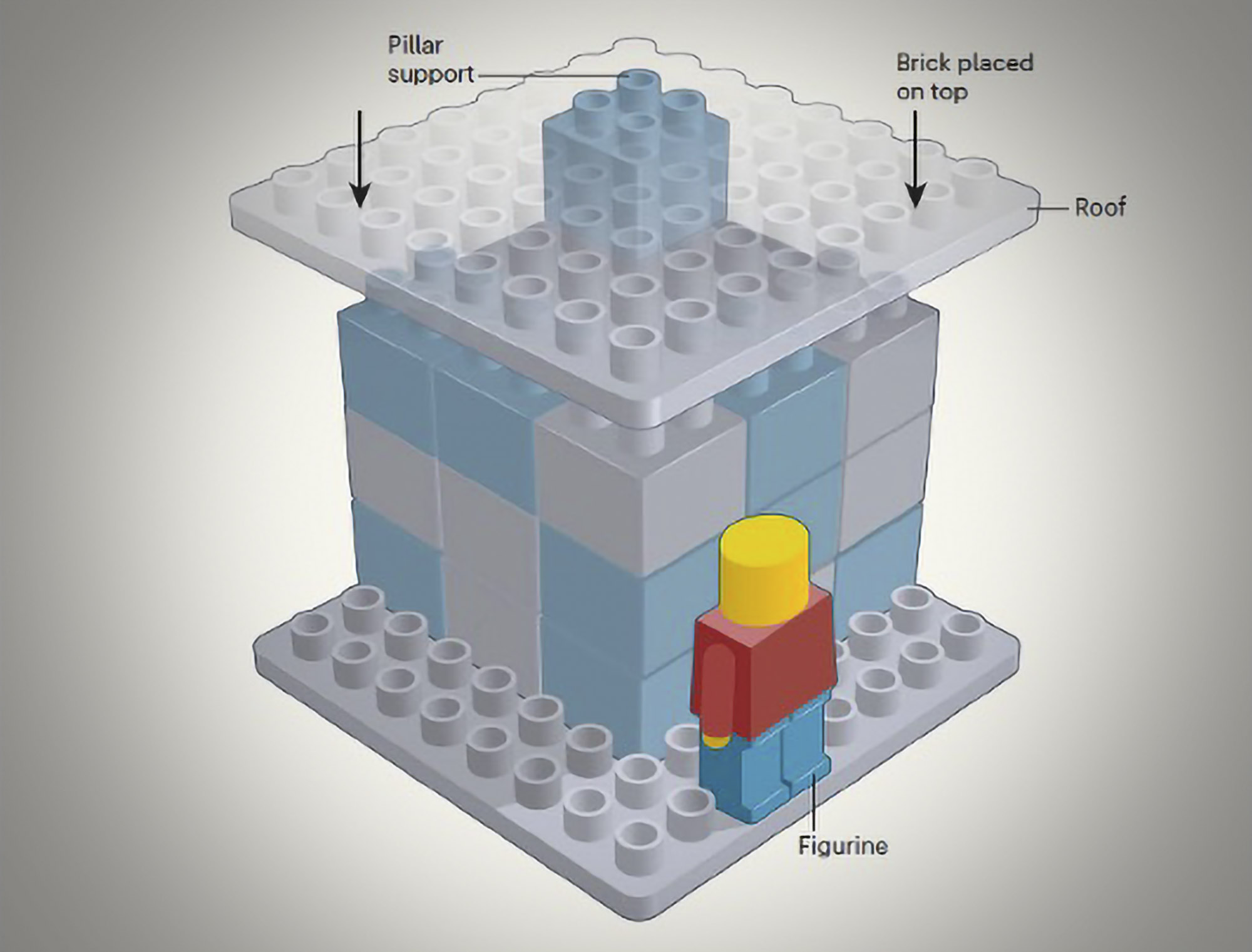 In one of the studies, participants were asked to renovate a Lego structure. (Contributed graphic)

Q. What are some examples of the ways in which people fail to subtract?

Klotz: We identified quite a few in our studies. Some of the most fun we had in this project was in the first few months when all we did was hand people stuff and watch how they changed it. Once we got past Lego towers – including ones that we built, ones that were built by a completely random process, and ones that were built by other participants – we gave people essays, recipes, travel itineraries, miniature golf holes. In almost every instance, people were more likely to add.

The only good examples we found where subtraction seemed to be the default is if we put really weird stuff in the mix – like a grilled cheese sandwich with liver.

Of course, the point of the experiments is to approximate in a controlled environment what people do in everyday decision-making. We think these studies may be illustrating a pretty fundamental bias in everyday behavior – how people transform objects, ideas and situations.

Adams: In fact, right when we were conducting this flurry of observational studies, we had an opportunity to partner with an organization that had a new, incoming leader. The incoming leader did this big listening tour to ask stakeholders for their ideas to shape the organization. We thought, “Whoa, they are asking people to answer exactly the question we’re trying to mimic in our studies – how do you make something better?” 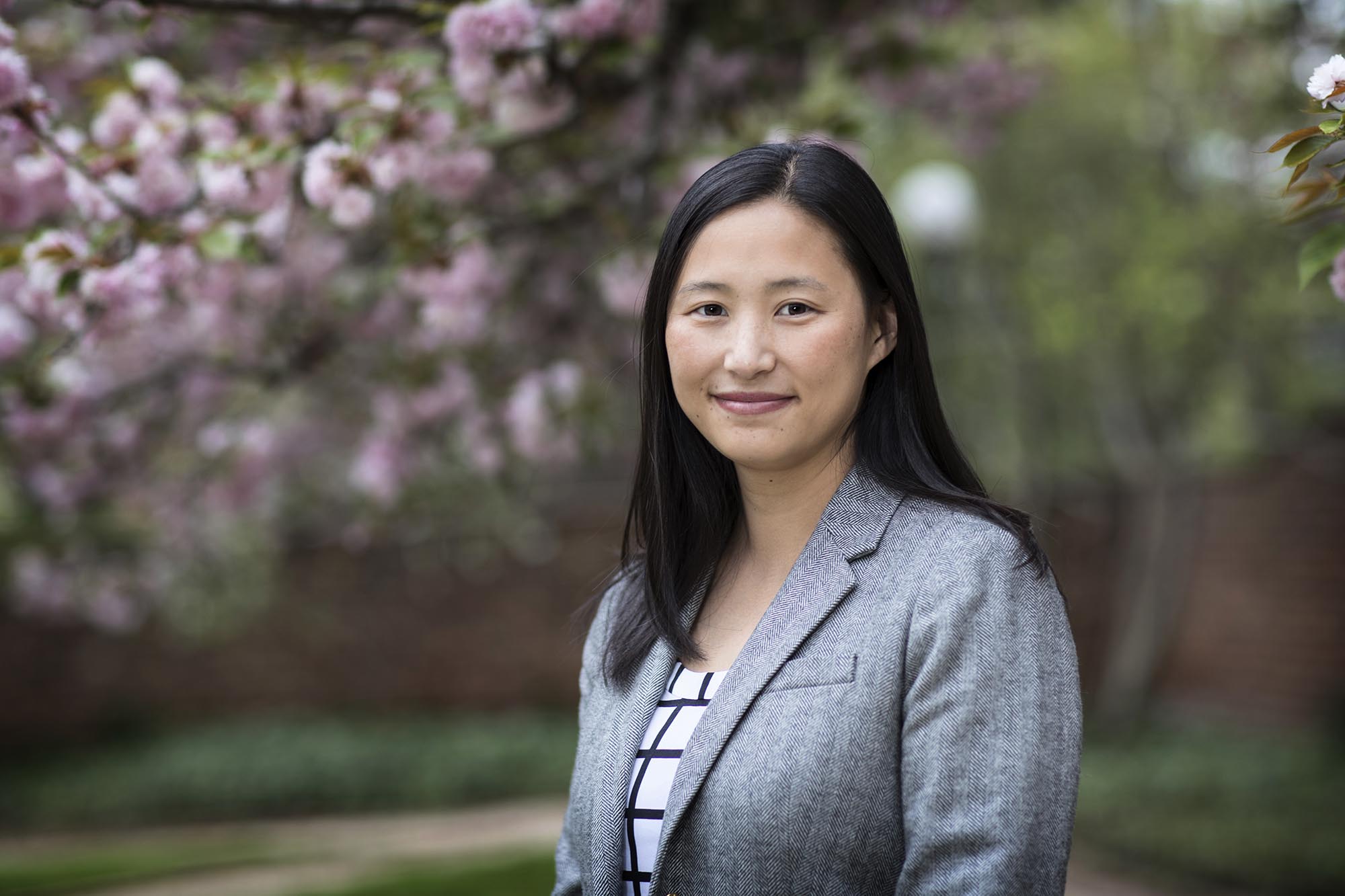 So we asked if we could look at what kinds of suggestions they were getting. Their office agreed to share the data and we were able to count how many ideas were additive and how many were subtractive. For every subtractive suggestion, there were eight additive suggestions.

Q. In the paper, you say looking only for additive ideas is a mental shortcut. Can you explain what you mean by this and how that manifests?

Converse: People use all kinds of shortcuts, or “heuristics,” to help them navigate the countless judgments and decisions they make, and to “pull up” the right information at the right time from their brains. If you sit down at a seafood restaurant and start thinking about what you’ll order, even before the menu comes, you don’t have to rule out hot dog, cotton candy and lasagna before you start thinking of different kinds of fish. You have a shortcut that helps you jump right to relevant categories of information. Habits like these are cognitively efficient when they fit the situation, but they can also get used in situations where they don’t fit well.

The conclusion from our studies is that when people are trying to change something, their habit is to ask, “What can I add?” rather than to ask, “What can I subtract or add?” They are fully capable of thinking of subtractions, they just tend to think of adding first – and, often, they choose an additive solution before they even consider a subtractive one. 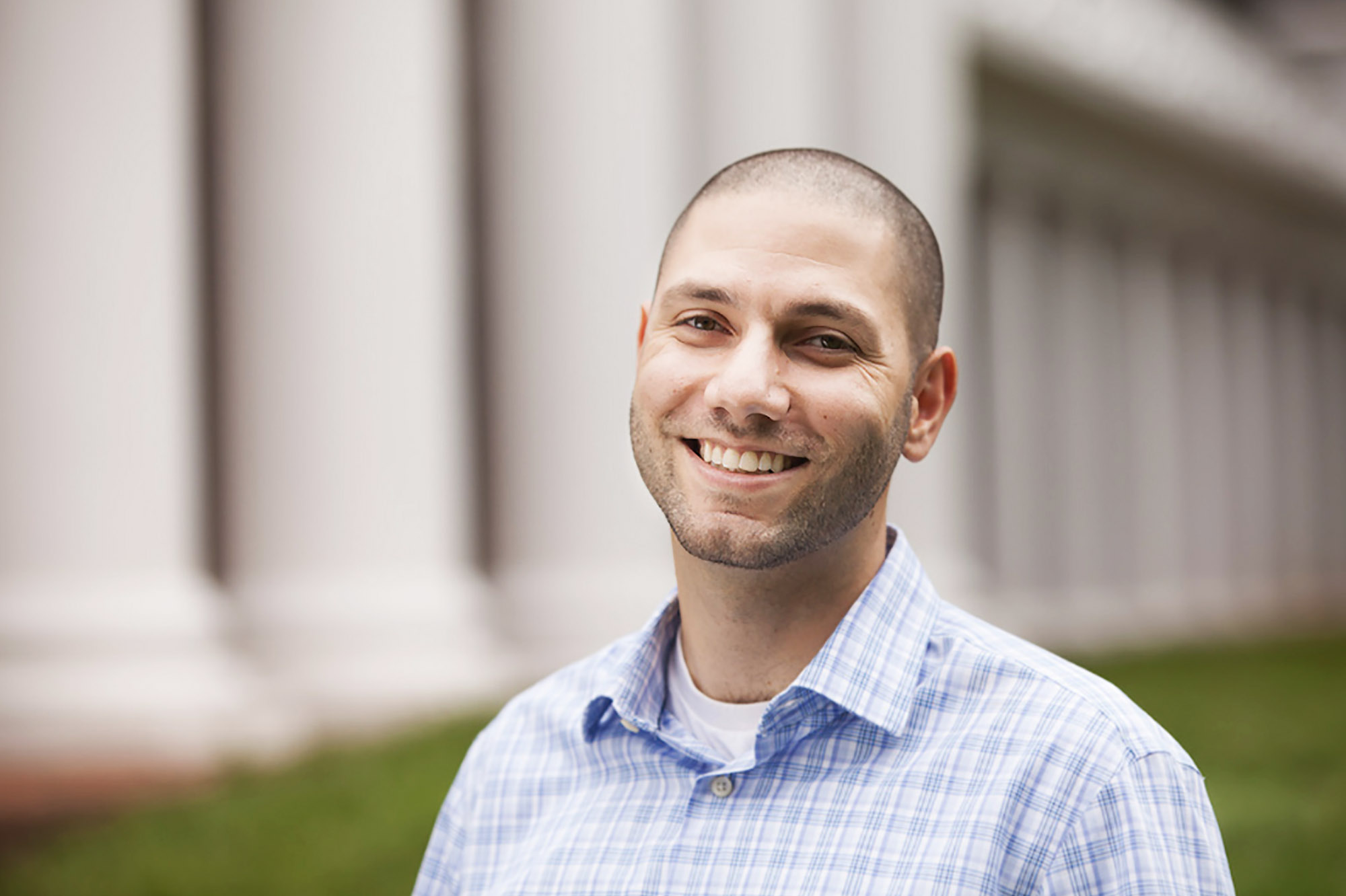 Q. How were you able to prove that adding is a mental shortcut?

Adams: This is where we switched from exploratory, observational research to hypothesis-driven experiments. If it’s the case that people search for additive ideas as a mental shortcut, then we know that people should be more likely to overlook good subtractions when they are distracted or in a hurry.

Going back to the Lego renovation: About 60% of people in the control condition of that experiment failed to pursue the subtractive solution. But was it because they didn’t think of subtracting, or because they thought of it, but still felt that adding was a safer or better solution?

Well, for another group, we explicitly mentioned that “removing pieces is free.” This was superfluous information – people in both groups knew it was true when we quizzed them about it – but it brought subtraction to mind more easily. In that group, more people subtracted. And they went home with more bonus money because of it.

Q. Why do you think people, generally speaking, aren’t prone to subtractive changes? Is there perhaps a rough parallel here to why people often have a hard time downsizing their closets and instead just keep buying more clothes?

Adams: Based on the experiments we have done so far, we can only speculate about where this tendency comes from. But there are a lot of good candidates, and the answer is probably a combination.

In a general sense, people develop cognitive shortcuts because they work well enough in a lot of different situations. For one thing, addition may be culturally valued. It’s easier to demonstrate your contribution with an addition than a subtraction; and additions might get more praise.

Beyond that, most of the changes that we make are probably with the goal of improvement in mind. It’s easy to conflate those concepts in mind – “more,” “better,” “higher” all kind of fit together.

For the bigger picture on this question, though, you should go to Leidy’s forthcoming book, “Subtract: The Untapped Science of Less.” In the book, he weaves together the science, history, culture and power of subtraction.

Q. What would be a good example of a subtractive change that has been – for the most part – well-received by society?

Klotz: Strider bikes. These are the pedal-less mini-bikes that are propelled not by chains and pedals but by toddlers “striding” with their legs, moving the bike forward like a Flintstones car. 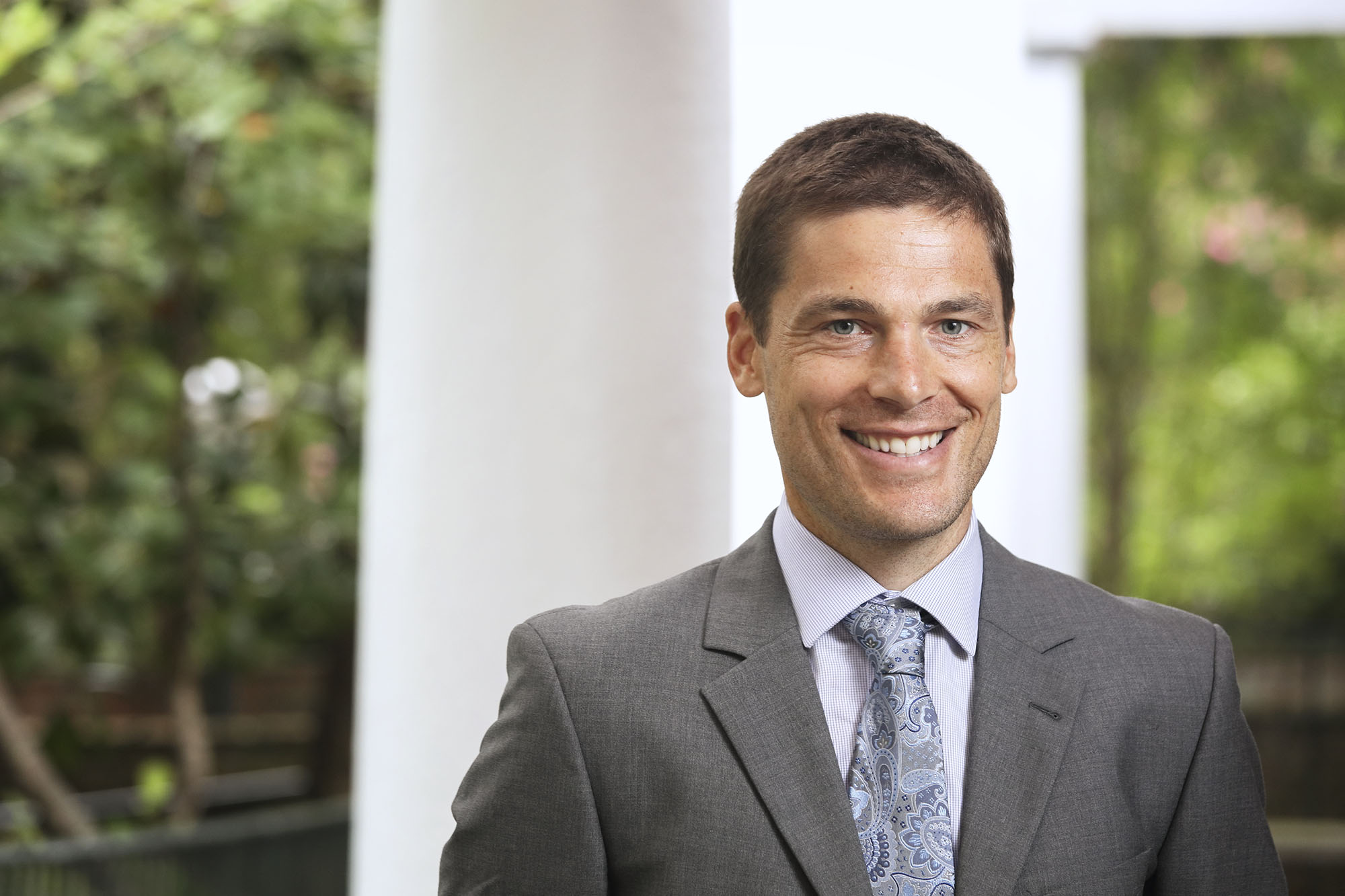 Leidy Klotz, a professor in the schools of Engineering and Architecture, says strider bikes are a good example of a subtractive change that has been – for the most part – well-received. (Photo by Tom Cogill)

Strider bikes add a couple of extra years at the beginning of kids’ riding careers. What’s more, once they move to a “big-kid” bike, they don’t have to bother with training wheels. They could already balance and just need to learn to pedal – and then, to brake.

Children’s bikes have been marketed as their own distinct class of bicycle for almost a century. There were plenty of design changes over that time: training wheels, fatter tires, shock-absorbing forks and seats, more and more speeds, and contraptions that connect a kid’s bike to a grown-up’s like a caboose. It’s remarkable, but perhaps not surprising given what we have learned, how long it took for someone to think of subtracting the pedals, which made two-wheeled bikes ridable for a whole new age group – and salable to their parents.

Q. In conducting this study, what was the biggest surprise?

Adams: Working with an interdisciplinary team has been so much fun! I’ve enjoyed learning about how other people approach research questions. At first, I wasn’t sure what it would be like to work so broadly across fields, since we all bring such different assumptions and methods to the table, but now I can’t imagine doing this research without all of the people who contributed.

Q. What’s the next step? How are you planning on building this research?

Klotz: There you go, already focused on adding again. We have plans, but they involve refining our collective knowledge.

Q. OK, so is there anything else you’d like to add or subtract?

Converse: Now you’ve got it!