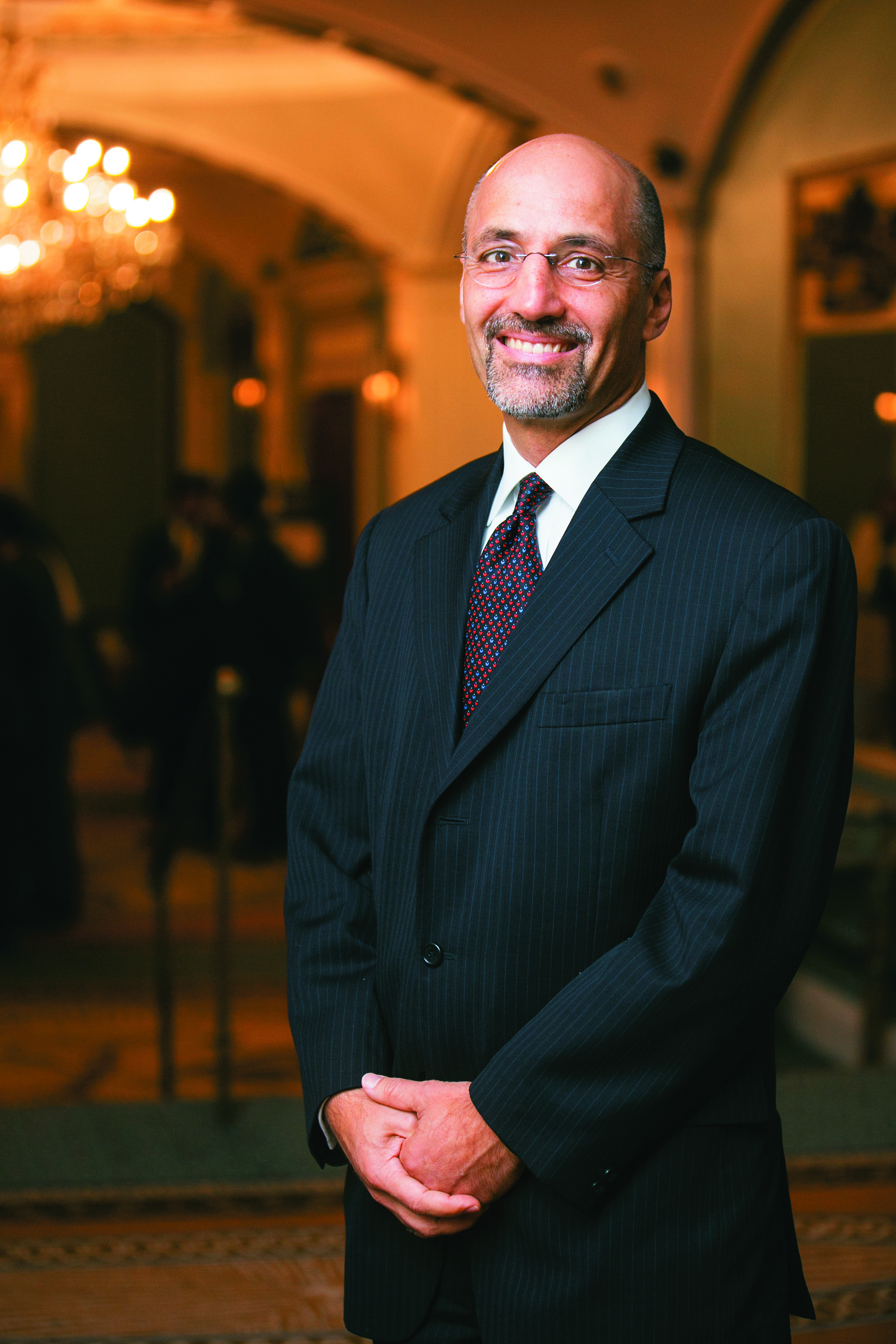 William Antholis, the managing director of the Brookings Institution who has held key positions at the White House and State Department, has been named the new executive director of the Miller Center, a nonpartisan affiliate of the University of Virginia that specializes in presidential scholarship, public policy and political history.

Antholis, a U.Va. alumnus, will succeed Gov. Gerald L. Baliles, who is retiring at the end of the year.

“We are fortunate to have a person of Mr. Antholis’ national stature and vast experience assuming leadership of the Miller Center,” U.Va. President Teresa A. Sullivan said. “Because of the visionary work of Gov. Baliles and other directors who preceded him, Mr. Antholis will have a strong foundation upon which to build.”

“I am delighted at Bill’s selection as the next executive director of the Miller Center,” said Gene Fife, chair of the Miller Center’s Governing Council. “His years of experience in Washington, both at Brookings and in government, make him the ideal person to lead the center in the coming years. We welcome him and look forward to moving ahead under his leadership.”

Antholis said, “I’m honored to build on the legacy of past directors, Gov. Baliles, Phil Zelikow and Ken Thompson. I’ve benefited from the center for more than three decades – as an undergraduate, graduate student, government official and think tank professional. The center is a national treasure, and I look forward to further deepening its ties to the University and to expanding the national audience for its critically important work.”

Antholis has decades of government, non-profit and academic experience. Most recently, he served as managing director of the Brookings Institution, a non-profit research organization where he managed five research programs, more than 400 employees, four offices and multiple university partnerships. During his tenure, Brookings was named “Top Think Tank in the World” and “Top Think Tank in the United States” seven years in a row by the University of Pennsylvania’s Think Tank and Civil Society Program.

While at Brookings, Antholis wrote numerous articles, essays and lectures, as well as two books. He is the author of “Inside Out India and China: Local Politics Go Global” and the co-author, with Brookings President Strobe Talbott, of “Fast Forward: Ethics and Politics in the Age of Global Warming.” Antholis will remain a non-resident senior fellow at Brookings.

“Bill has been an indispensable member of the management team at Brookings during an eventful decade,” said Talbott, who has been Brookings’s president since 2002. “He helped drive a number of innovations in the life of the institution, including our strategic planning, our outreach to the nation and the world, and the nurturing of interdisciplinary research, projects and partnerships. He has brought vision and discipline to the task of living up to our motto, ‘quality, independence, impact.’

“He has also embodied those values in his own intellectual pursuits as a senior fellow in governance studies and as an author of two Brookings Institution Press books. While he will be sorely missed at Brookings, all of his colleagues look forward to working closely with the Miller Center, which no doubt will go from strength to strength under Bill’s leadership.”

Talbott, a former deputy secretary of state, served as a member of the Miller Center’s National War Powers Commission from 2007 to 2008, which was co-chaired by former Secretaries of State James Baker and Warren Christopher. Talbott also contributed to the center’s oral history of the Clinton Administration, which was just released to the public in November.

Previously, Antholis served as director of studies and as a fellow at the German Marshall Fund of the United States, focusing on international trade and development issues.

Earlier, he worked at the White House, where he was director of international economic affairs of the National Security Council and the National Economic Council. His responsibilities included planning and negotiating for the 1997 and 1998 Group of Eight Summits. He also served as deputy director of the White House Climate Change Task Force and helped coordinate the Clinton administration team at the Kyoto and Buenos Aires negotiations of the United Nations Intergovernmental Convention on Climate Change.

He worked at the State Department on the policy planning staff and in the Bureau of Economic Affairs, where he was a member of the team responsible for developing responses to world financial crises.

Antholis earned a Ph.D. in politics from Yale University in 1994 and a B.A. with honors in government and foreign affairs from U.Va. in 1986. At Virginia, he was an Echols Scholar, Phi Beta Kappa, and his thesis in the Politics Honors Program (co-written with fellow 1986 College graduate Stephen Grand), won the Stevenson Award. He also was a disc jokey at WUVA, a finalist in the U.Va. intramural boxing tournament and a member of Pi Kappa Alpha fraternity.

Fall Is in the Air on Grounds END_OF_DOCUMENT_TOKEN_TO_BE_REPLACED