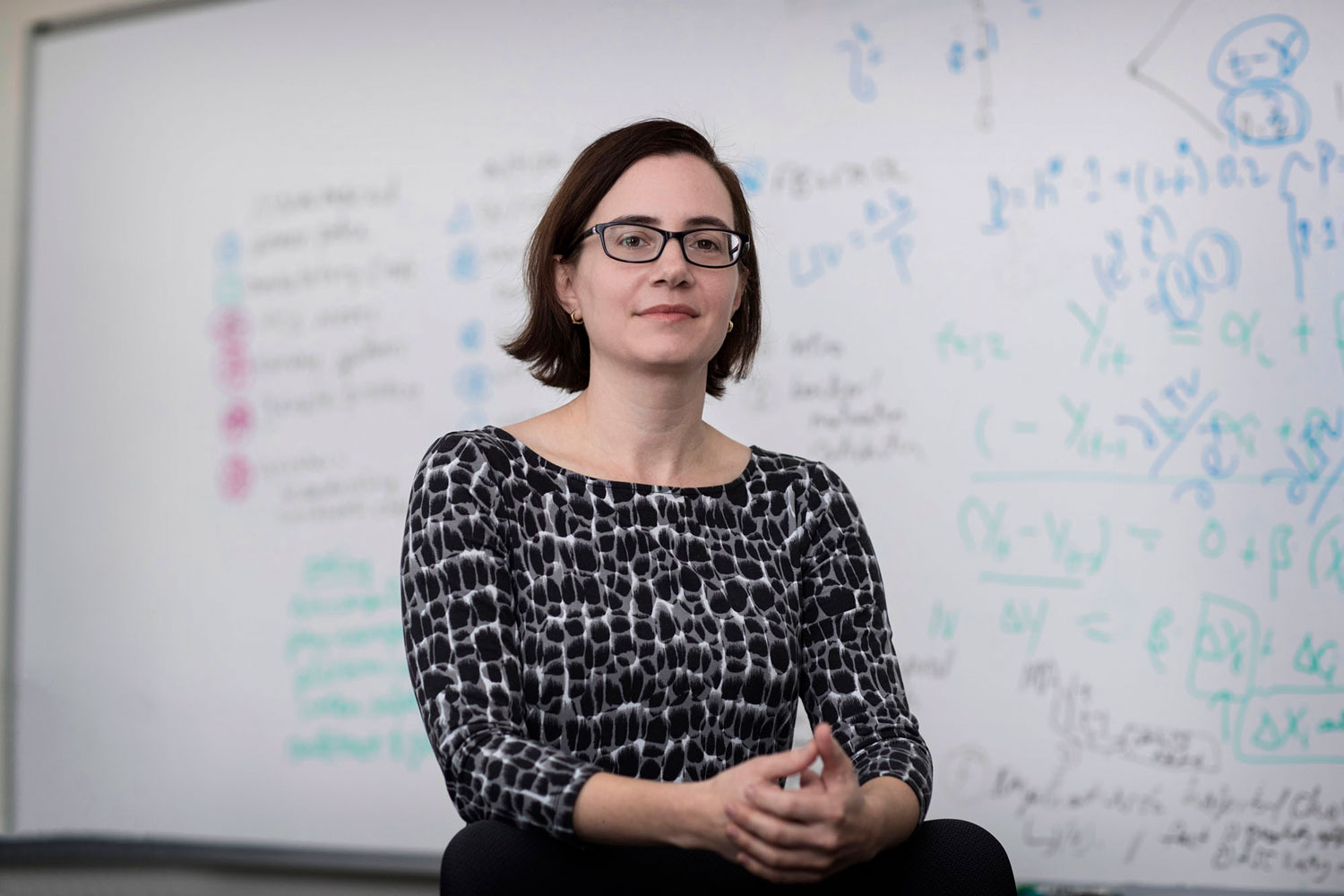 UVA economist Amalia Miller co-authored a new study showing how promoting one woman could have “spillover” benefits for many others. (Photo by Dan Addison, University Communications)

In the midst of intense national scrutiny of gender equality and sexual harassment in the workplace, one University of Virginia economist’s work offers a glimpse of a solution.

Economics professor Amalia Miller and her co-author, Astrid Kunze, used some of the most robust workplace data available to prove that increased female representation in companies’ upper echelons significantly improves women’s promotion rates across the board, closing a persistent gender gap.

Their paper, “Women Helping Women? Evidence from Private Sector Data on Workplace Hierarchies,” was published this month in the Review of Economics and Statistics journal. It used data on white-collar workers at more than 4,000 private employers in Norway from 1987 to 1997 – about half a million workers in total. Miller and Kunze were able to measure both promotions within a company and promotions that resulted from job changes, creating an unusually widespread dataset.

Their findings provide statistical support to efforts promoting gender parity in the workplace at a time when women face a 15 percent wage gap among the 35 high-income countries included in the Organization for Economic Cooperation and Development. Additionally, as Harvey Weinstein and the #MeToo movement reminds us, women often face sexual harassment in the workplace as well.

Miller explains more about how increasing female representation is helping women – and one instance when it isn’t – in the Q&A below.

Q. Why did you choose to conduct your study in Norway?

A. Norway has administrative data on every worker in the country, and from 1987 to 1997 – the time of our study – employers used the same job codes to assign workers to one of seven hierarchical ranks. Those codes allowed us to standardize how we measured promotions across different companies and to provide more robust data than other studies, which often focus only on one large company.

More generally, Norway is also at the frontier of gender equality in business. Shortly after we stopped gathering data, it became the first country in the world to impose a mandatory gender quota requiring that at least 40 percent of corporate board members be female.

Q. What did you observe about overall promotion rates of women relative to their male colleagues?

A. On average, women were 52 percent less likely than men to be promoted, even when we controlled for rank, years of schooling, tenure and other variables. That gap held true across all ranks, not just the lower ranks.

Q. You collected this data mostly in the 1990s. Do you have any concerns about how the results might have changed since then?

A. I believe it is still relevant. Obviously, the quota that Norway imposed after our study will make a difference in female representation at the very highest levels of an organization. However, that quota only affects corporate boards. Our study extended across every rank in an organization.

Additionally, I believe the data is relevant well beyond Norway, as many studies show a worldwide gender gap in both rank and pay.

Q. According to your data, how did the presence of more highly ranked women affect the promotion gap across the board?

A. We found that having more women in higher ranks narrowed the gap not just at that rank, but also in lower ranks, suggesting that increased female leadership can have “spillover” benefits for women in lower ranks. This could be because there are more female mentors, role models and advocates available.

Q. Did increased female leadership have a significant effect on the promotion rate for male workers?

Q. In a seeming contradiction, both your study and a study on the U.S. Army found that having more female workers in the same rank actually increased the gender gap for promotions at that rank. Why?

It could be because of lingering tokenism in the workplace – more women competing for just a few spots given to women – or because female mentorship is spread thin when there are more women around. As more women ascend to managerial ranks, I suspect this effect will lessen.

A. Though our data did not directly study sexual harassment in the workplace, I believe that problem could be related to a lack of women in leadership positions. Women can also be perpetrators, but the majority of cases we have heard about recently involve men in positions of power harassing lower-ranking women. Having more women in positions of power – both at the executive level and in middle management – could reduce the frequency of those incidents, and ideally help victims feel more comfortable reporting abuse and seeking some resolution.

The Bigger Picture: Starry Night in the Rotunda END_OF_DOCUMENT_TOKEN_TO_BE_REPLACED