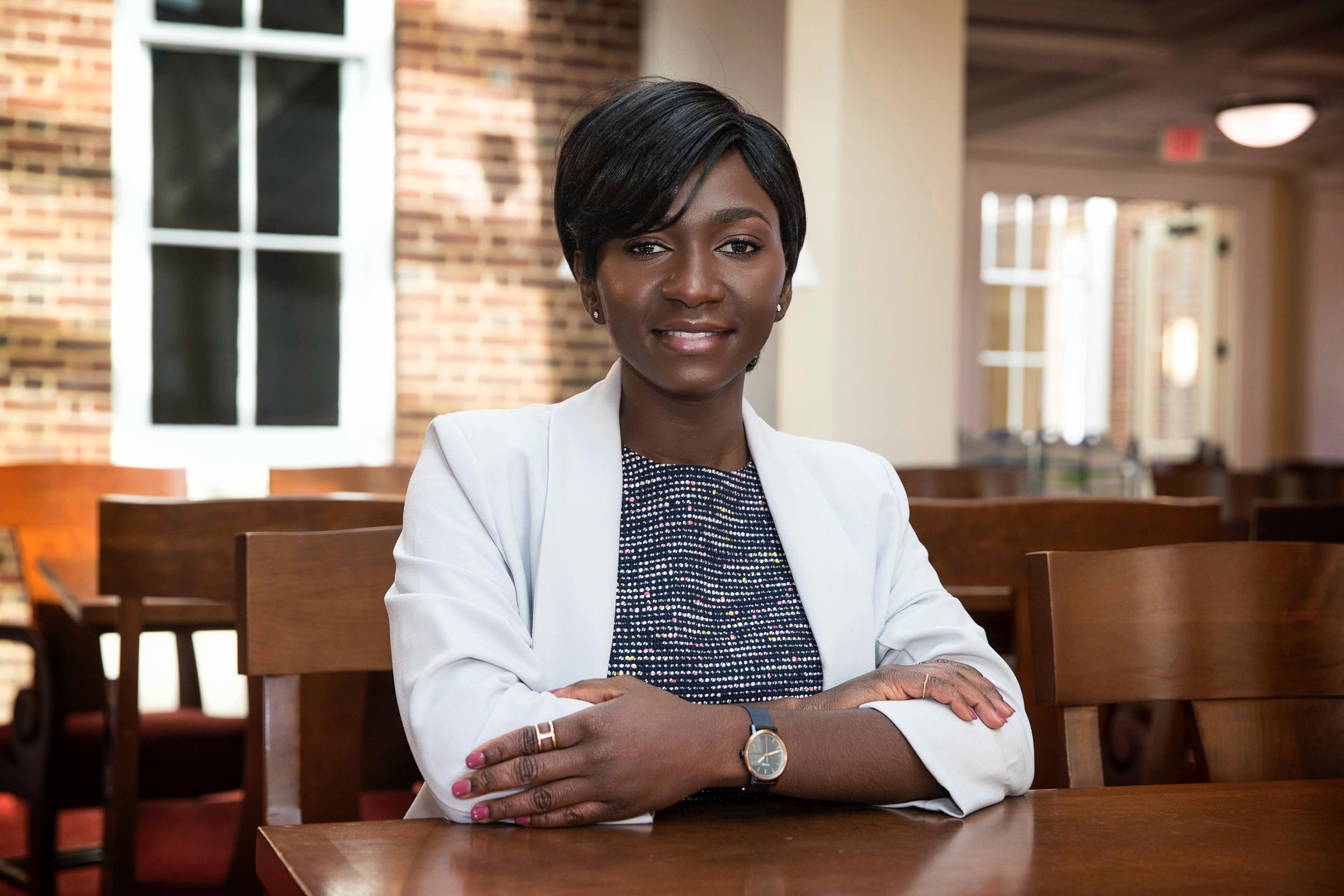 When Charity Malia Dinko graduated from the University of Virginia in May, her mother – whom she hadn’t seen in eight years – gave her a package she had toted all the way from their native Ghana.

Inside the package was the springboard to a new business – a business that had the potential to transform the lives of 10 poverty-stricken families from the village Dinko grew up in.

It had been a long and winding road to this moment.

After graduating from high school in Ghana in 2010, Dinko came to the United States through the Diversity Visa Lottery that is operated by the Department of State. Leaving behind her parents, four brothers and seven sisters, Dinko settled in Richmond.

She worked at McDonald’s and Walmart, where she saved enough money to pay for a car and two years of community college.

“It was tough at the time,” Dinko said, “because I was trying to fit into a new country. But I wouldn’t change it for anything because I learned a lot.”

It was then that she started formulating her plan.

“I just knew within myself that I wanted to do something to help the people who I had left back home,” said Dinko, whose father, fatefully, had named her “Charity” when she was born.

After earning her associate’s degree, she transferred to UVA in the fall of 2016.

While at UVA, Dinko, out of her own pocket, began giving mothers in Ghana micro-loans that were interest-free, and, when paid back, would go to the next mother in need. “I knew a little bit of my dollars could go back home and make a great impact,” she said.

But then Dinko – who was majoring in African-American and African studies and minoring in social entrepreneurship – took a January term course, “Conscious Social Change,” taught by guest instructor Gretchen Steidle, a UVA alumna who started the nonprofit Global Grassroots.

“It was an amazing class,” Dinko said. “What I learned was that I needed to find a better way.”

It eventually became clear to her that one of the greatest resources in the northern part of Ghana are shea trees, whose nuts can be turned into the butter that is found in a wide range of cosmetic products.

With the help of her parents back home, Dinko identified 10 women in the village of Worikambo who were already making shea butter and started paying them at a rate much higher than what they had been earning.

So it came to be that at graduation, Dinko’s mother – a teacher in Ghana – delivered to her a suitcase filled with 50 pounds of what African villagers have termed “women’s gold.”

Working out of her Charlottesville apartment, Dinko mixed the shea butter with coconut oil and other natural ingredients to create what she believes is a one-of-a-kind formula for a skin cream called “shea body butter.”

In August, Dinko and fellow Ghana native Felix Sam launched Northshea, a company built around the signature product. The name is a nod to the fact that the shea butter is produced in the northern part of Ghana. 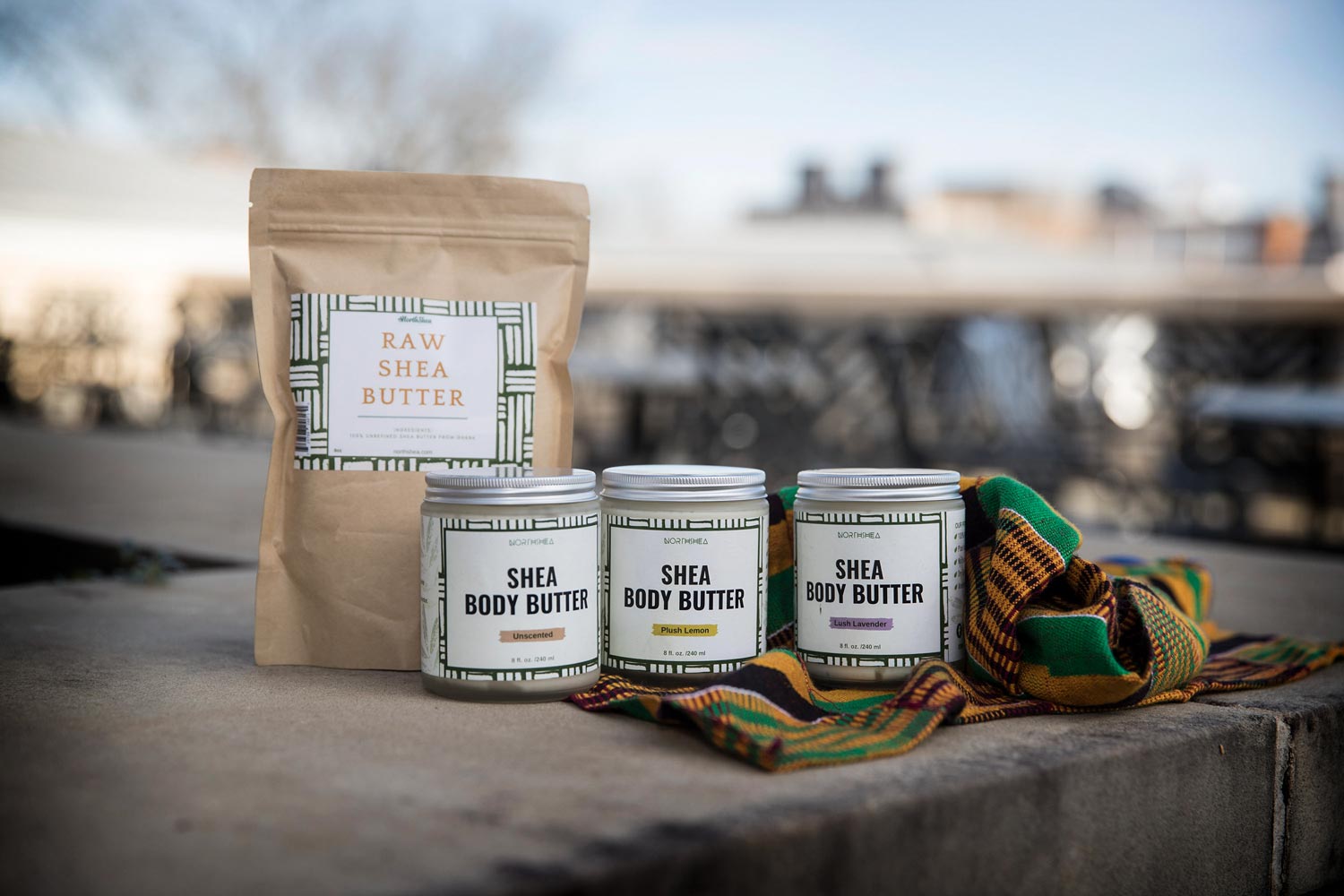 So far, Dinko said online sales have been encouraging.

“When we started out, I was thinking it would be mostly African-Americans who have always known of shea butter as kind of this ‘miracle product,’ but to my surprise it has been very well-rounded,” said Dinko, who is currently seeking investors. “Everyone has skin. And everyone wants to make their skin nourish better. It’s a product for anybody who wants to improve their skin.”

Packaged in a woven sack similar to the ones used by the villagers who collect the shea nuts, one 4-ounce jar of the body butter costs $15 and can be purchased on Northshea.com, at Darling Boutique in downtown Charlottesville and, starting in the new year, at Market at 25th in Richmond. (Dinko is currently offering online customers from the UVA community a 15 percent discount by using the code “UVASHEA.”)

Shortly after graduating, Dinko connected with Charlottesville business accelerator Blue Morning. “They have been amazing in helping us find our target market and just building the business,” she said. 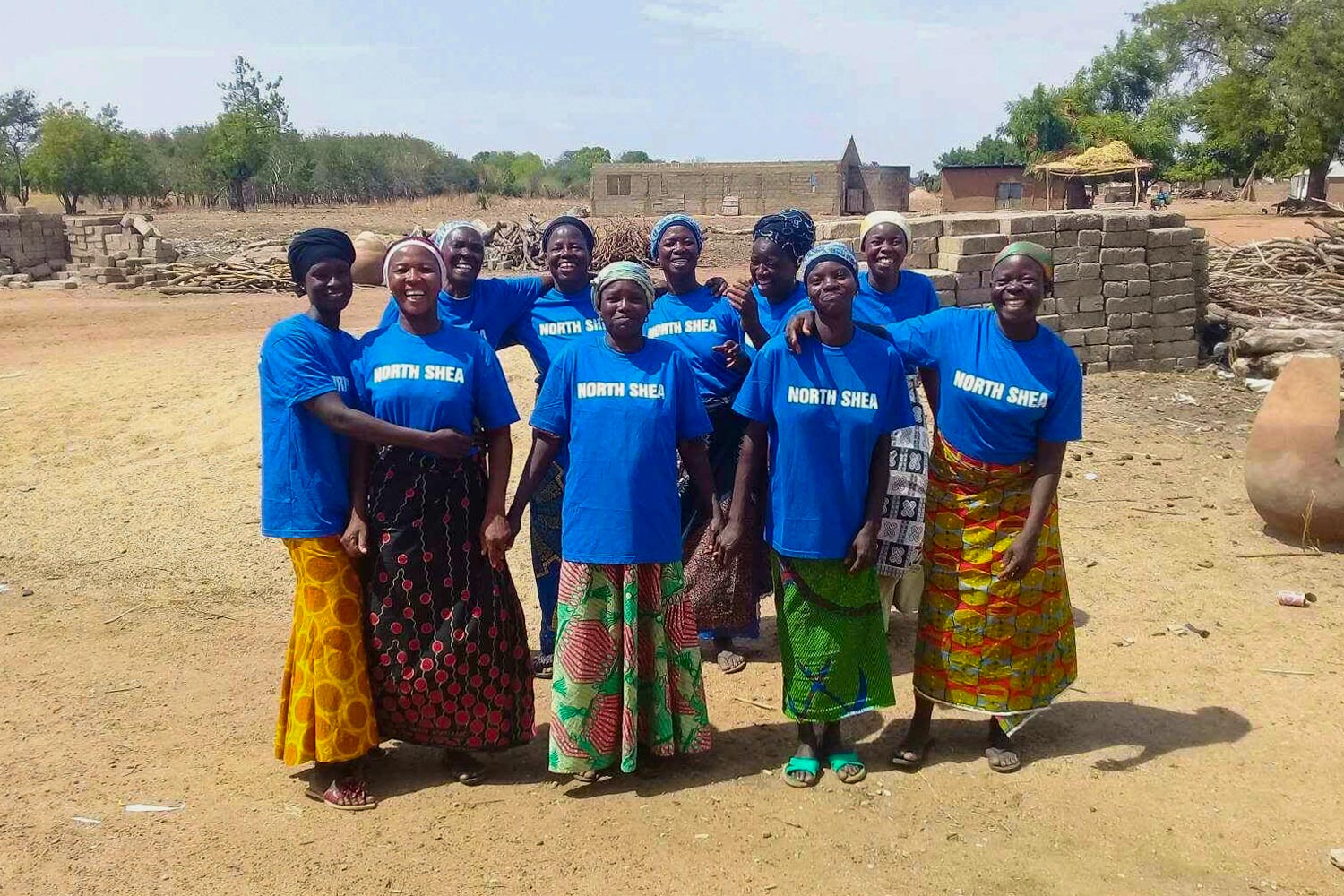 “She exhibits all of the traits you look for in a founder: empathy, curiosity, grit, an open mind, and deep knowledge of a specific issue,” Johnson said. “Charity is one to watch.”

For Dinko, the most rewarding aspect of the endeavor is when she has the opportunity to talk on the phone with some of the women whose lives she has touched.

“They told me that before this they were only able to feed their kids once a day, or sometimes zero times,” Dinko said. “So to be able to know that they can go to work and do something that they love to do and get paid above what they would get paid doing it on their own, they are very grateful.

“It’s a billion-dollar industry and I believe the women who actually make the shea butter should get more for it.”