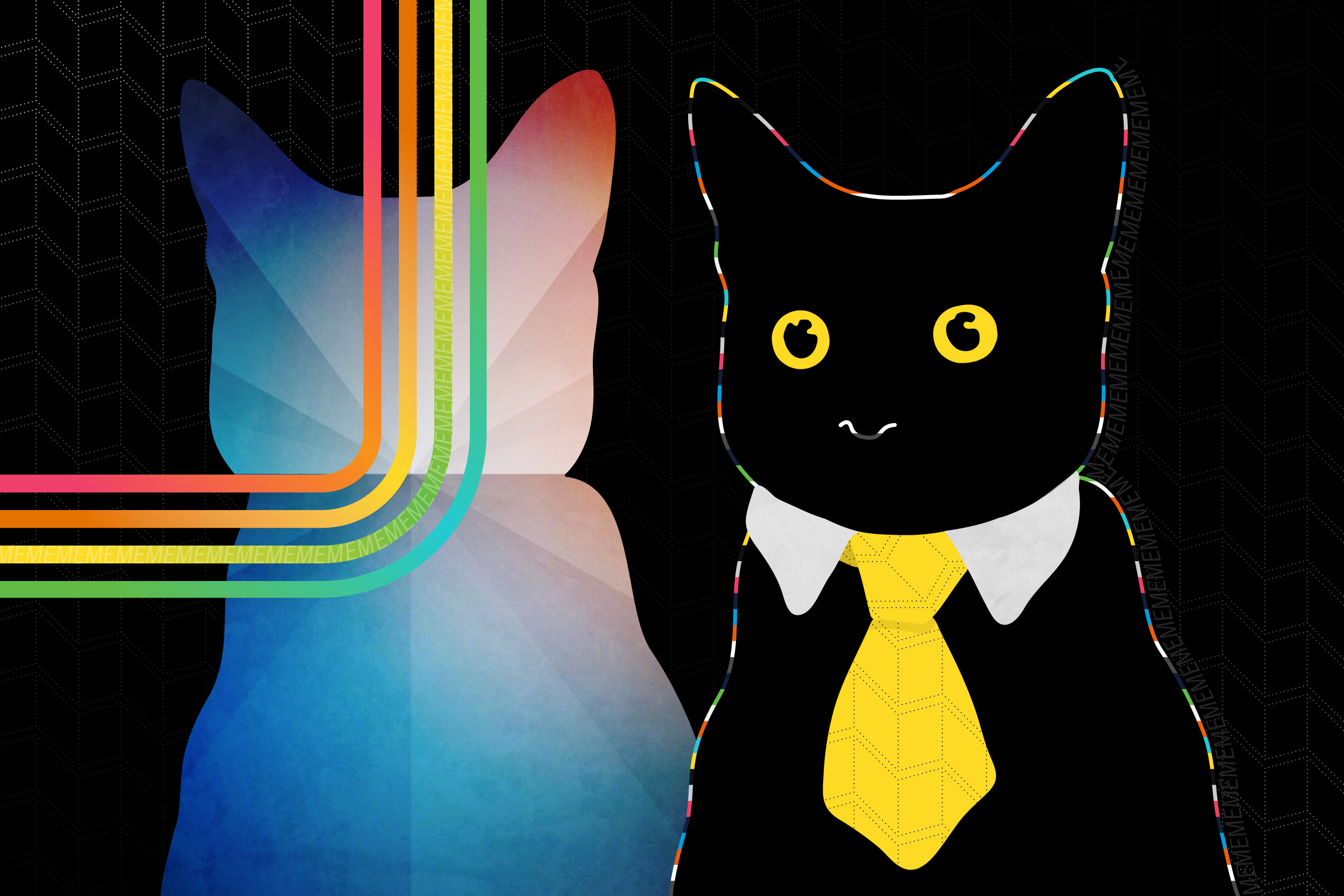 Editor’s note: This is the first in an occasional series of essays in which faculty members write about some of their favorite words. Today, Lisa Russ Spaar, an accomplished poet and UVA’s director of creative writing and director of the Area Program in Poetry Writing, tackles the word “meme.” Subscribe to the series below!

I’m a “word” person. I collect them, list and hoard them in my notebooks, research them, savor them, attempt to alchemize them into speech acts as well as into poems and other texts. I have dictionaries in every room of my house as well as in my office; I own two thesauruses – the old kind grouped by theme (did you know that Roget’s Thesaurus begins with the word “existence” and ends with “temple”?). Some of my lexical tomes are so well-worn that whole chunks of them have broken away from their bindings.

Each word is a poem unto itself: sonic, historied, paradoxical, manifold and mysterious.

One of the first things I like to do when I encounter a word, then, especially one that is new to me, or unusual, is to enter it blindly – that is, without looking up its denotation, connotations, etymology. I say the word out loud, imagining various ways it might be pronounced, paying attention to what those sounds evoke.

“Meme” is particularly suggestive when approached this way. It evokes, on a very basic level, among the first – if not the first – sounds humans make as infants, the nuzzling, hungry, slaked mmm-mmmm of suckling (the mouth as primal mind, and the first language for mammals: milk).

With its emphatic spondee of repeated sounds (“me! me!,”) the word also suggests an obsessive italicization of the self that might be interpreted as desperate (notice me! pay attention to me!) or boldly assertive (I’m me, I’m the bomb, it’s all about me).

The word “meme” is actually a neologism (a newly coined word), conceived by Richard Dawkins in “The Selfish Gene” (1976), as a way of appropriating and drawing parallels with  evolutionary paradigms (thus the connection between “meme” and “gene”) to understand the ways in which ideas and cultural phenomena – slogans, fashion trends, dance crazes, music – replicate and spread among human communities. The word owes to the Greek mimeme (“imitated thing”), and earlier iterations of Dawkins’s ideas about the transmission of cultural material can be found in Richard Semon’s “Die Mneme” (1904) and Maurice Maeterlinck’s “The Life of the White Ant” (1926).

Contemporary readers probably think of “memes” as a relatively new affair, heavily associated with the internet – quirky and witty images (fist-pumping cats, various children performing “The Floss”) or catch phrases (“I Can Has Cheeseburger”) that get picked up, tweaked, replicated and disseminated virally on Facebook walls or tweeted with a velocity that often causes them to fall out of favor quickly and expire, once their “secret handshake” novelty has been exhausted or has worn off. 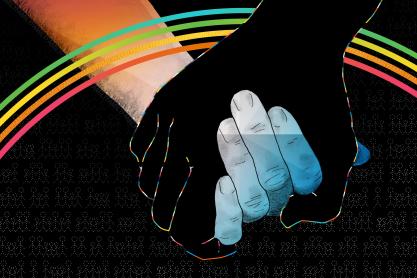 If a “meme” is a creation for evincing and communicating imitable cultural references, it’s possible to see origins of “the meme” in the earliest pre-historic cave paintings, which depict animals, activities (hunting), food (what is hunted), as well as hands (a Cro-Magnon version of “Kilroy was here”). It’s fascinating to compare these primitive replications of images with the proliferation of cat, dog, and food memes on Pinterest and elsewhere. Dawkins thought of language itself as our earliest meme – someone, he posits, thought it was a good idea to communicate with other people through speech sounds and semiotics, through meaningful units of meaning, and since doing so was useful, the phenomenon spread and evolved.

There can be no doubt that technology has accelerated the rate at which memes are transmitted – in online images, but also in remixes and sampling in music, and all manner of trends, celebrity and fads, some quite absurd. In an April 28, 2014 podcast from The Cracked (“Memes and the Internet Hive Mind”), I learned that Peter Laurids Jensen, the Danish inventor of the loudspeaker in 1915, went to his grave blaming himself because he believed that the widespread use of this new ability to speak not only to a small crowd but to auditoriums contributed to the rise of Fascism and the Nazi regime. Now, on the Internet, a “LOL” cat meme may have a shelf-life of just a couple of weeks, with not much consequence.

One can only imagine how memes will morph and (d)evolve in the years ahead.

One thing binds memes across time and culture and distinguishes them from their genetic counterpart, and that is that while genetics are a biological function of DNA, meme transmission requires a physical medium, whether virtually or face-to-face, and memes are spread via the sensorium – sight, hearing, taste, sound and smell. They involve human will, wit, silliness, interference and interaction. They help to create as much as they reflect cultural references, and paying attention to them is a way of paying attention to our cultural moment.

Editor’s note: If you liked this installment of “On Words” please consider subscribing to this series to be notified of future essays - including upcoming entries such as "rock n' roll," "family," and "disruption." To suggest a word or a faculty author, email Jane Kelly. 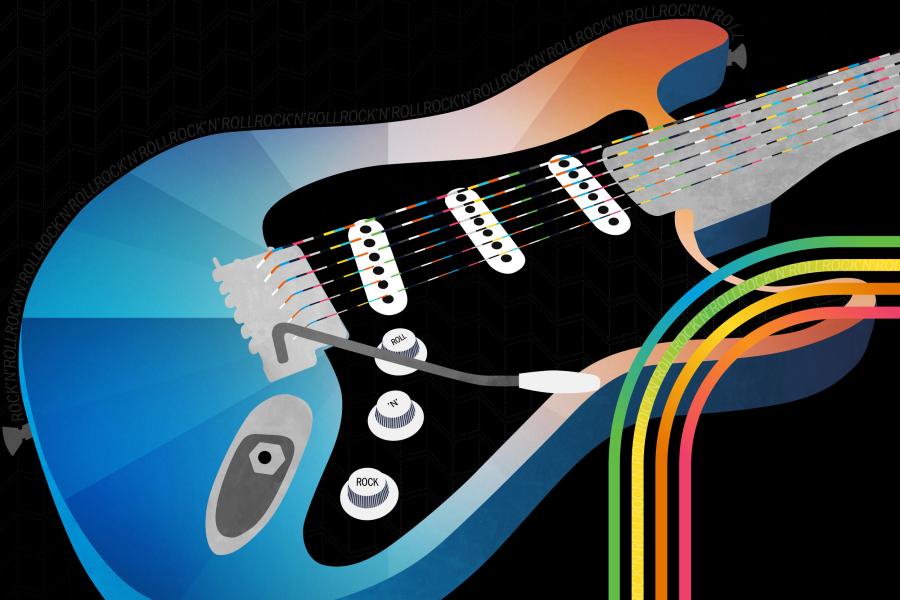 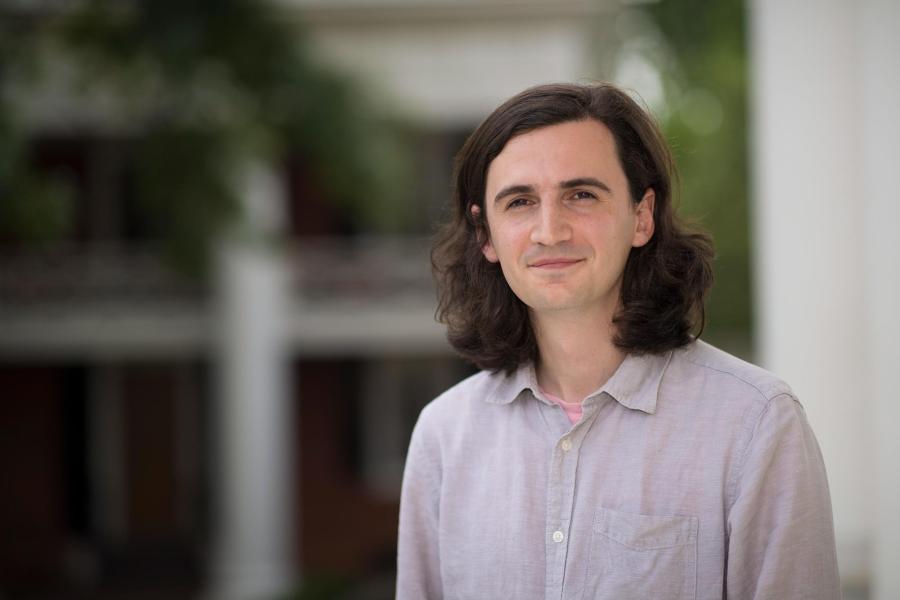 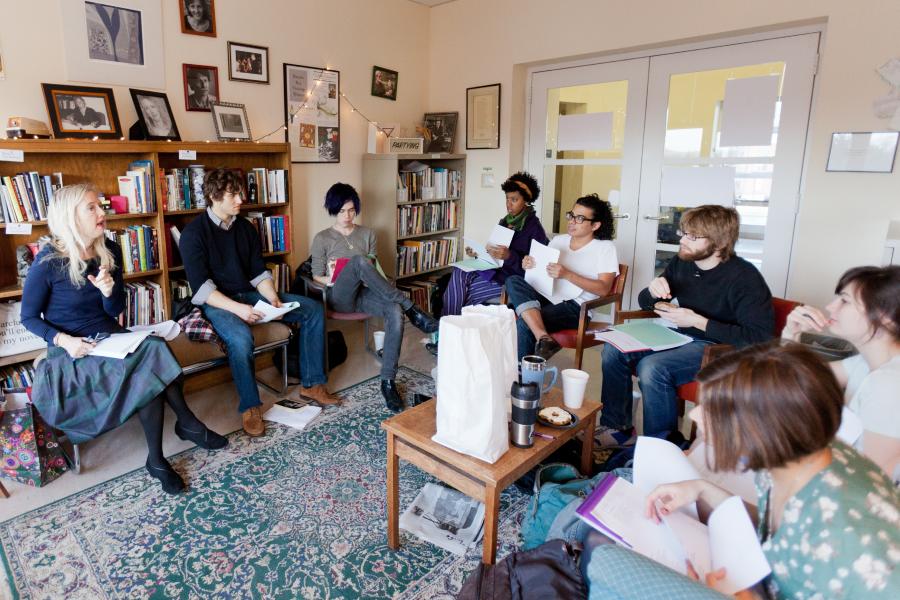