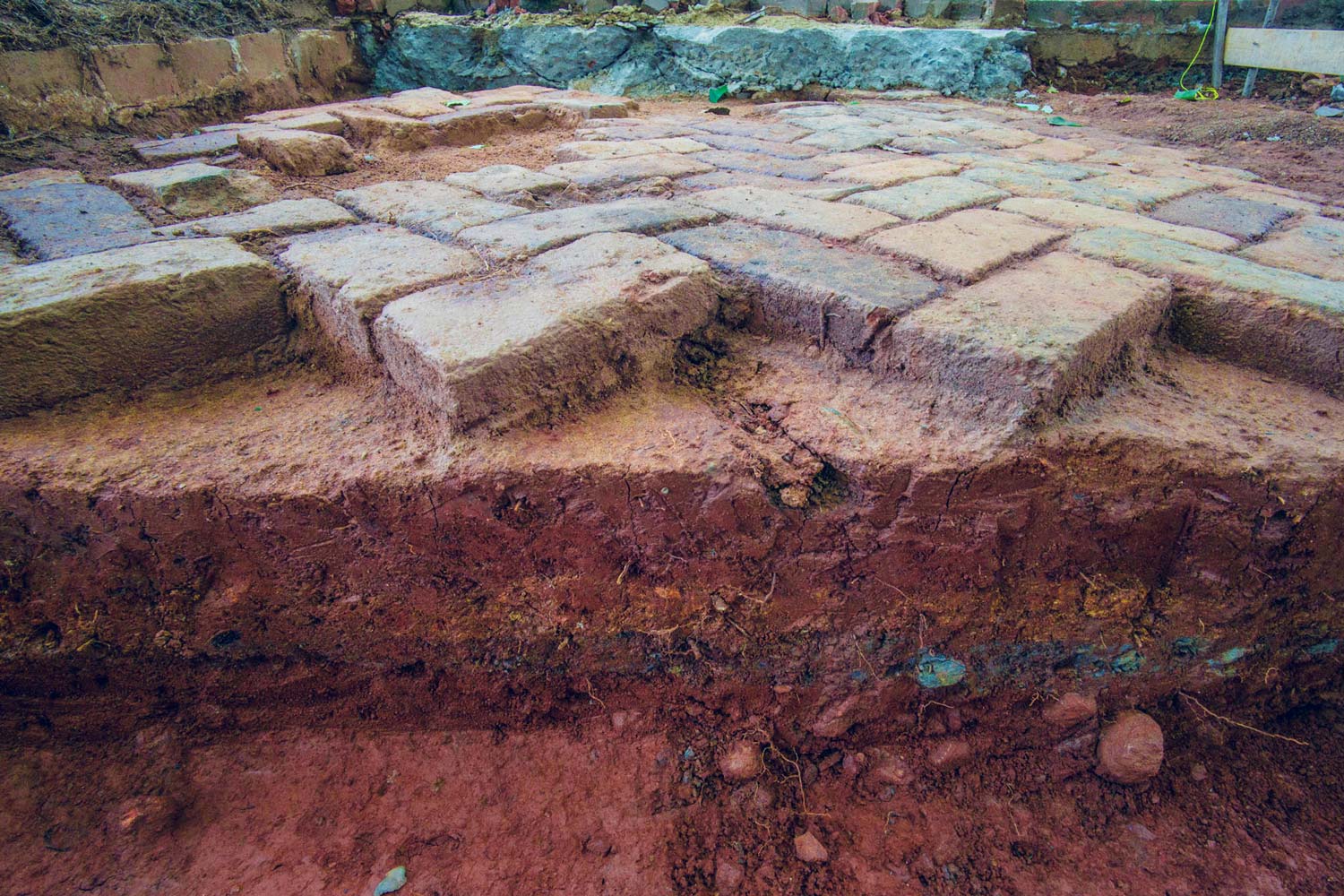 A section of the “Long Walk,” an historic pedestrian walkway running from the Rotunda to the Corner, is being unearthed and repaved.

The corridor dates from the founding of the University of Virginia, and is still in use. At various times, it has been a dirt pathway, a concrete thoroughfare and a brick walkway.

Parts of all these versions are still there, stacked one on top of the other, workers recently discovered.

The path initially ran from the Corner to Hotel B, behind Pavilion II, and then later was extended westward to the Rotunda.

It has existed in some form since then, and its layers offer clues to the University’s past.

Facilities Management is currently repaving the lower third of the walkway near Hospital Drive with a new variety of paving brick that will make the path smoother, according to Helen Wilson, senior landscape architect in the Office of the Architect for the University. She said the most recent surface of the walk had become uneven. 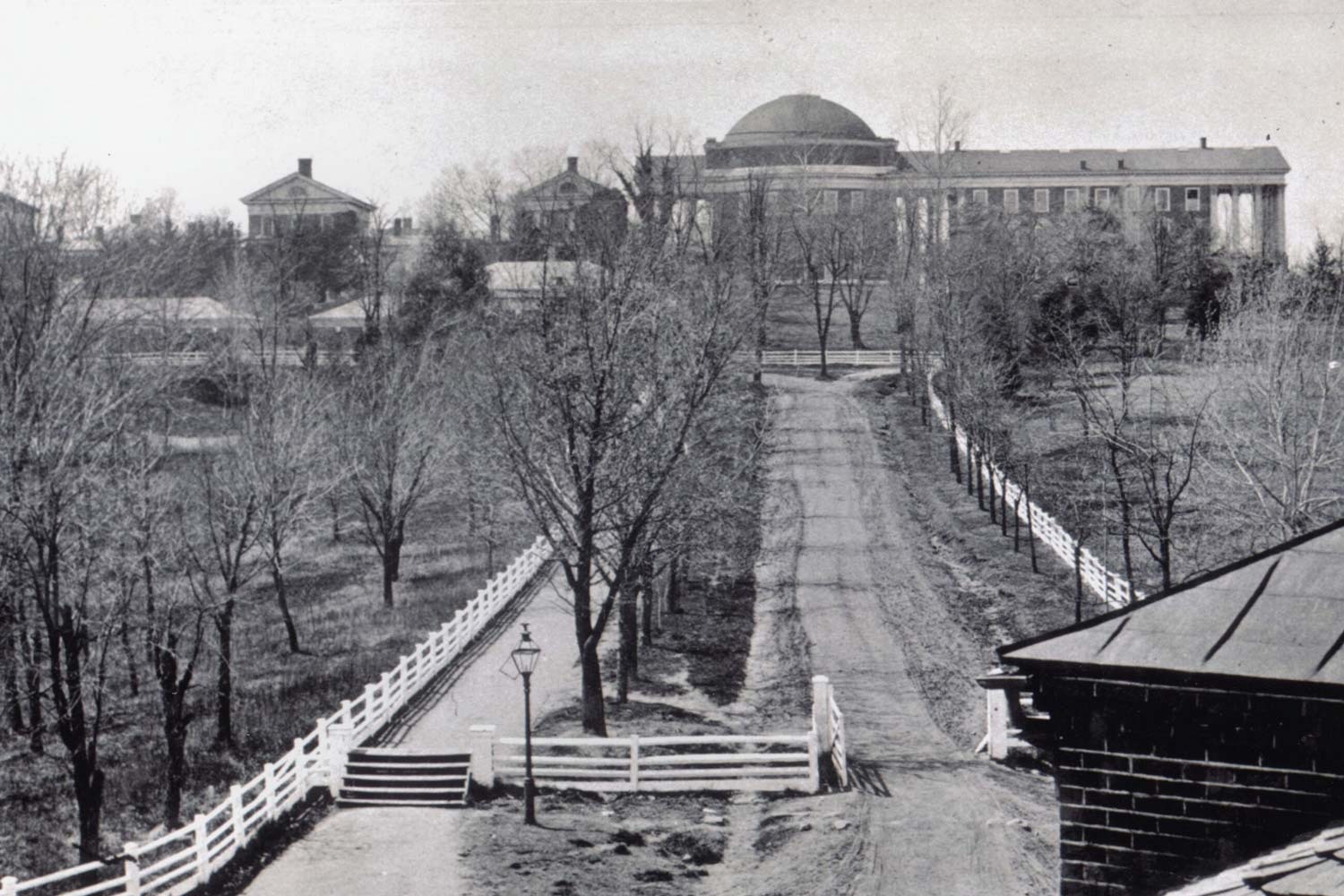 “There were complaints that some of the bricks had worked up and people were catching their heels on them,” she said.

When contractors started removing the old brick from the walkway, they found earlier versions of the walk – first, a 6-inch layer of concrete with scored cement finish, and below that a herringbone pattern of handmade bricks. Each hinted at what the University would have looked like in the years since its founder, Thomas Jefferson, first proposed the establishment of the Long Walk.

Jefferson suggested the thoroughfare to Arthur Brockenbrough, proctor of the early University, in a 1825 letter.

“I had mentioned to you some time ago that to prevent people’s passing through the grounds on the North side of the Rotunda, the gate at Dinsmore’s corner should be taken away and a fence run from there leaving a lane to the gate at Hotel B so as to leave an entrance into the gate at East street but not to pass on further,” Jefferson wrote. 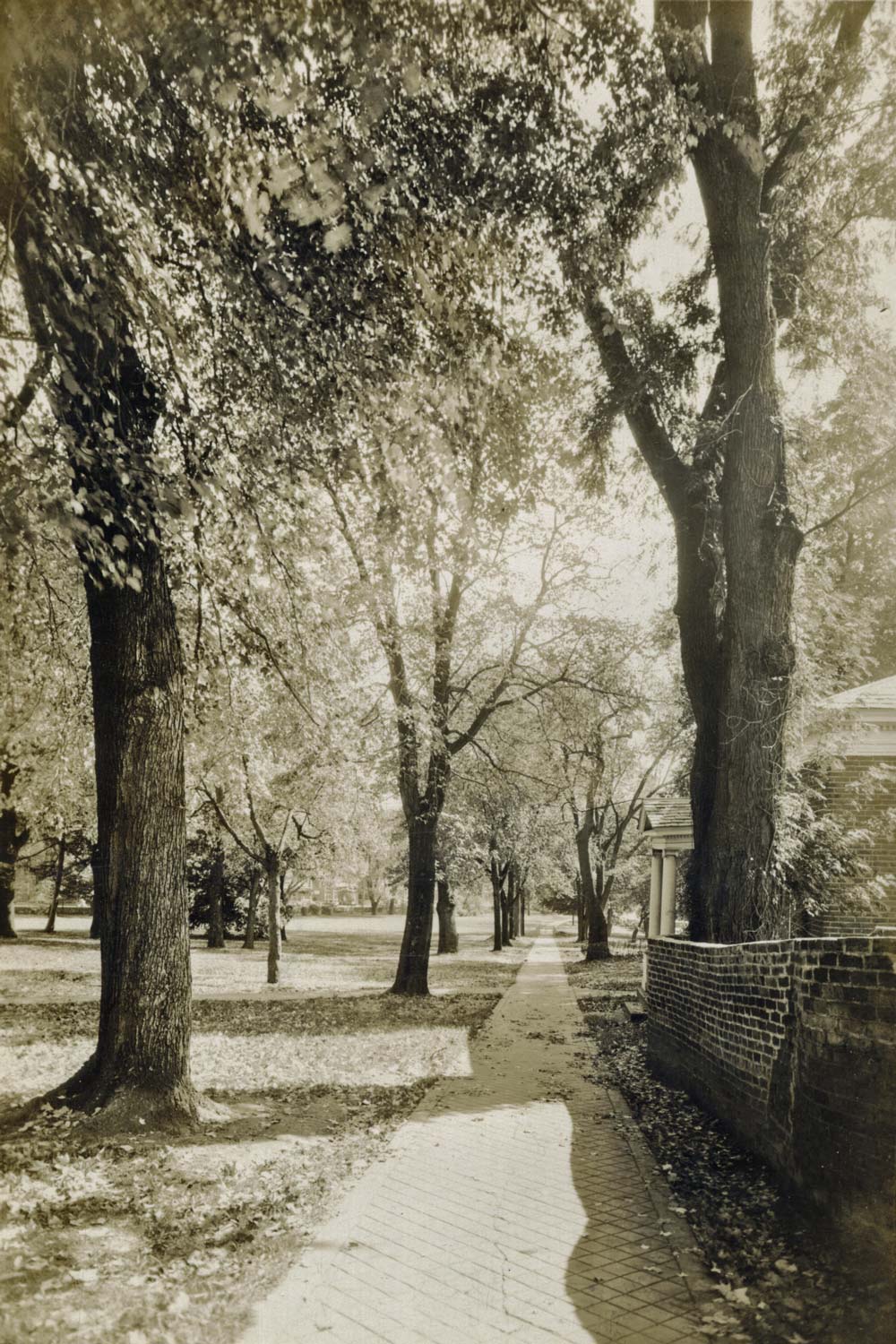 “This lane is believed to be the alignment of what is now called the Long Walk,” said archaeologist Benjamin Ford, whose Rivanna Archaeological Services firm was called in after the earlier surfaces were found and who has been examining the path’s layers. “Dinsmore’s corner refers to property held by James Dinsmore, a master carpenter who worked on the Rotunda and built many other buildings in the Academical Village. Dinsmore’s property was located near the intersection of Jefferson Park Avenue and West Main Street.”

The passage is believed to have originally been an informal dirt or sod pathway and Ford estimated the walkway was paved with hand-made bricks in the middle of the 19th century, laid out in a herringbone pattern. A concrete pad became the path’s surface in the mid- to late 1890s, with diagonal lines etched into the surface forming squares – a design motif also seen in the East and West Range arcades around the turn of the last century. Sections of both of these paths lay underneath the current walk, which is also in a herringbone brick pattern.

The Long Walk from Hotel B, now called Washington Hall, to the Corner was first paved in brick in the spring of 1849. In the same year, a faculty member suggested the walk be extended westward to the “chapel,” which was then housed in the southeast wing of the Rotunda. 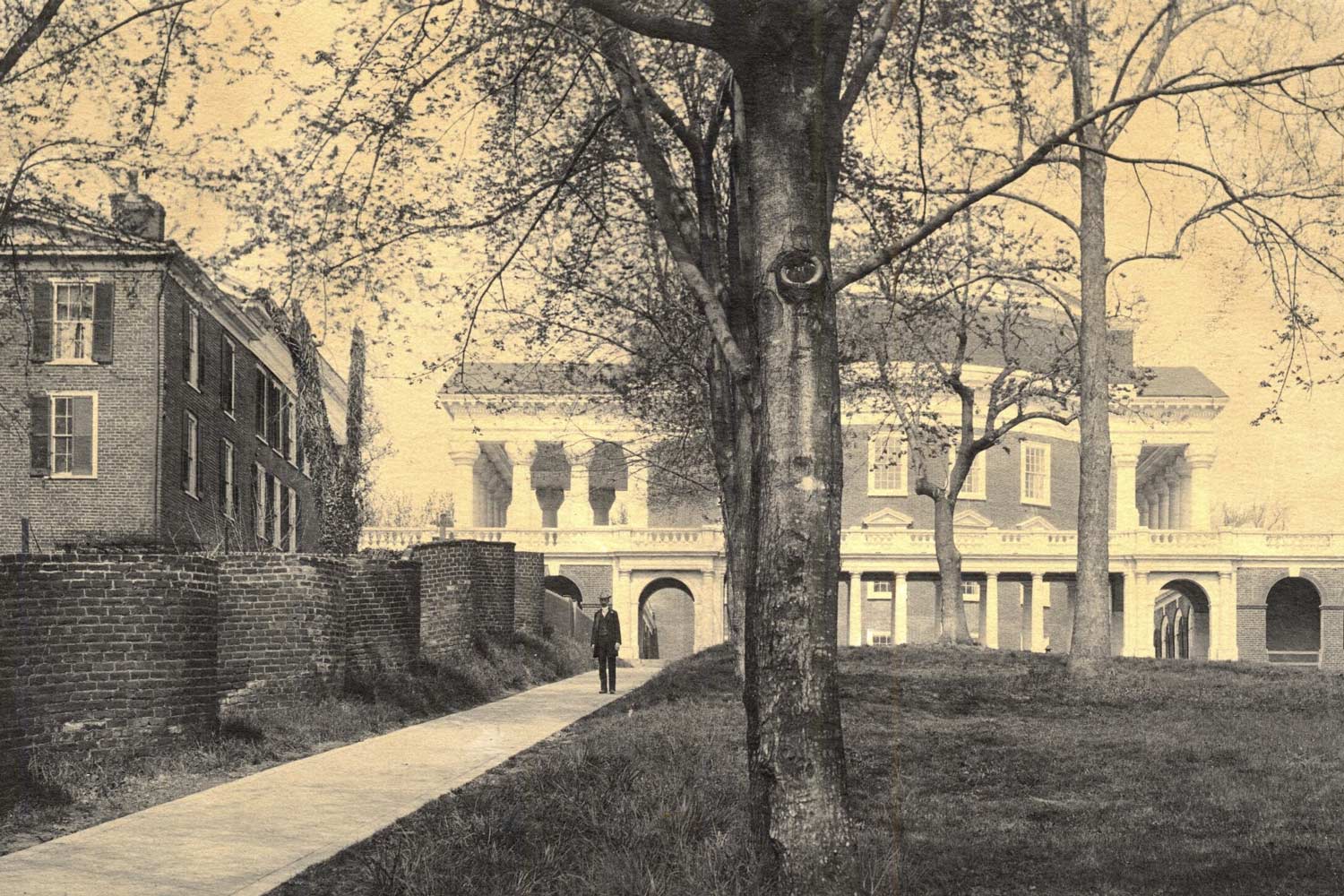 Ford said he has not uncovered any artifacts in his dig, but noted that it was as unlikely place to recover many cultural artifacts, since it was a public thoroughfare. He noted that the original brick paving had already been disturbed when utility lines were laid on either side of the walkway. During those projects, work crews removed the edging of the original Long Walk to accommodate the utilities.

Several of the bricks that have been uncovered are worn thin – too fragile to use for other purposes, Ford said, adding that the uncovered sections of the original walk would be documented and preserved in place under a new layer of brick.