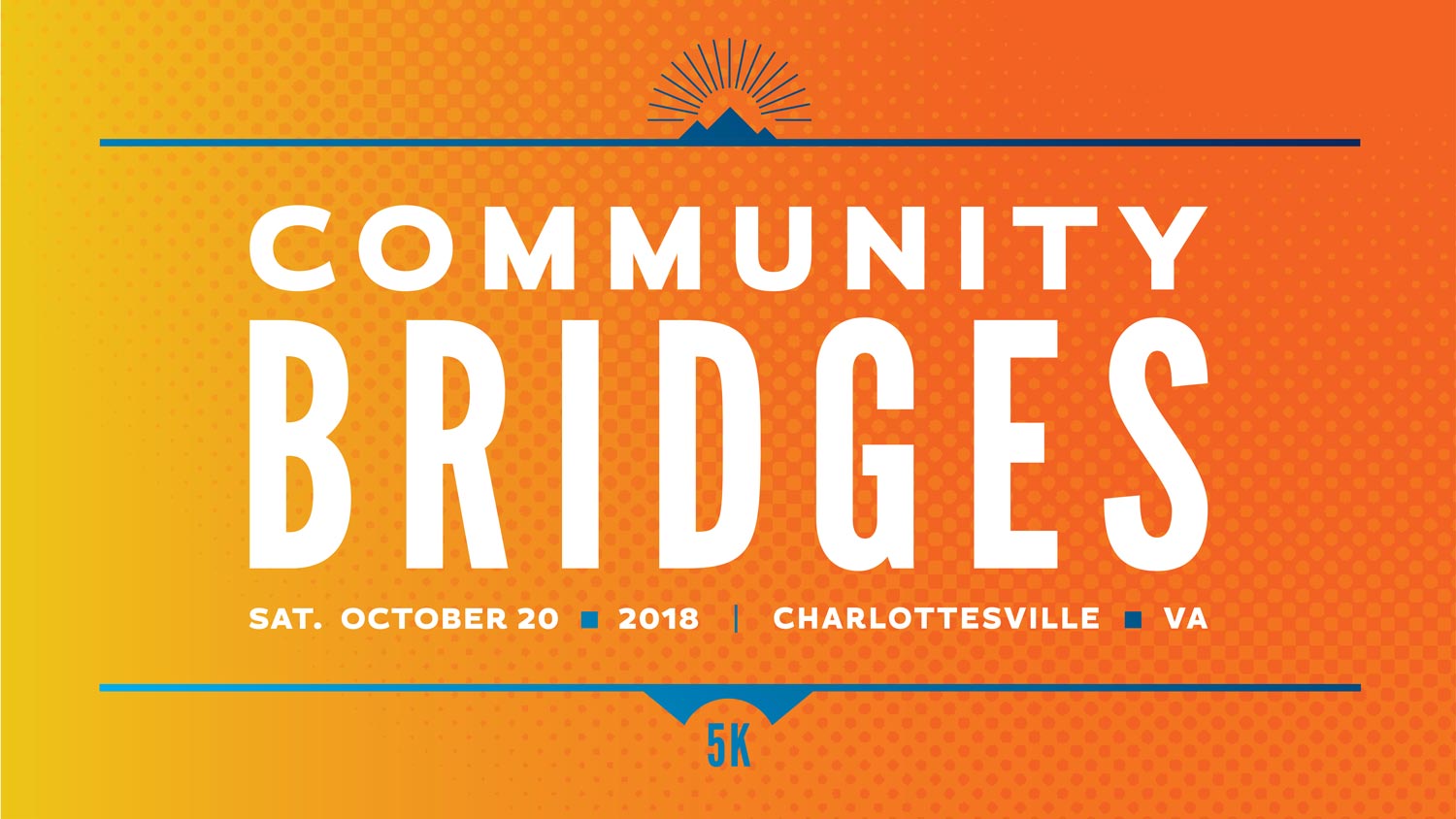 James E. Ryan is ready to run his race as the University of Virginia’s ninth president, and that’s not just a metaphor.

As part of his inauguration celebration this October, Ryan will host – and, with his wife Katie, participate in – a “Community Bridges” 5K fundraiser moving through Charlottesville on Oct. 20 at 9 a.m. All proceeds will go directly to the Center for Nonprofit Excellence, which supports more than 250 nonprofit organizations in Charlottesville.

Participants can run individually or in teams. UVA students, faculty and staff can create teams for various student dorms, organizations, schools, club sports teams, departments and more. Local organizations, businesses and charities are also encouraged to create teams. Teams who raise the most money for local charities will receive special recognition after the event.

It’s no surprise that the 5K run/walk focuses on Charlottesville’s nonprofit community. Ryan has identified community, discovery and service as key themes for his tenure at the University and has repeatedly described service to others as one of life’s greatest callings.

In addition to the 5K itself, a “Celebration of Service” community fair, held afterward in UVA’s McIntire Amphitheater, will give local nonprofits and UVA student organizations a chance to share their work with the public while enjoying free food and music together.

“Run/walk races like this are such a great way to bring people together; the excitement and energy is second to none,” said Leeza Constantoulakis, a graduate student representative on the Inauguration Steering Committee and an enthusiastic runner with one marathon and six half-marathons under her belt.

“I think this will be a great event to start President Ryan’s tenure here, while also really getting everyone involved and excited,” she said. “Adding the Celebration of Service community fair will help us engage the entire Charlottesville community and give back as much as we can.”

The run/walk, presented by the University and the Charlottesville Track Club, will begin at 9 a.m. in front of student dormitories on McCormick Road. The course – which is 5 kilometers, or just over 3 miles, long – will wind through Grounds, across Beta Bridge and through the Venable and Westhaven neighborhoods, crossing several more bridges along the way. The final stretch will take participants up West Main Street and past the Rotunda before finishing at McIntire Amphitheater for the community service fair.

Ryan will be joined by two Olympians and former UVA track stars leading the race: Paul Ereng and Margaret Groos. Ereng, who specializes in the 800-meter race, won a gold medal for Kenya in the 1988 Olympics while he was a student at UVA. Groos, a marathon runner, represented the United States in the Olympics that year after winning the Olympic trials. She was also the first woman to accept an athletic scholarship at UVA.

“This will be the 30th anniversary of the Olympic competition, and we are so excited to have them both with us as honorary starters for the race,” said Mark Lorenzoni, a member of the steering committee and owner of local favorite Ragged Mountain Running shop. Lorenzoni has planned and directed more than 800 races. He also happens to be Ryan’s longtime running coach.

The new president and his wife, Katie, are avid runners, and have run the Boston Marathon multiple times. They were also active in Charlottesville’s running scene during Ryan’s 15 years as a UVA law professor.

“I think this event speaks volumes about Jim’s vision and his personality, both he and Katie,” Lorenzoni said. “It’s thrilling and I am very excited about it. I hope the community will come out to join Jim and Katie in supporting our neighbors by running, walking or volunteering along the scenic city course.”

Should Alcohol Have Warning Labels About Cancer Risk? Most Americans Say ‘Yes’ END_OF_DOCUMENT_TOKEN_TO_BE_REPLACED