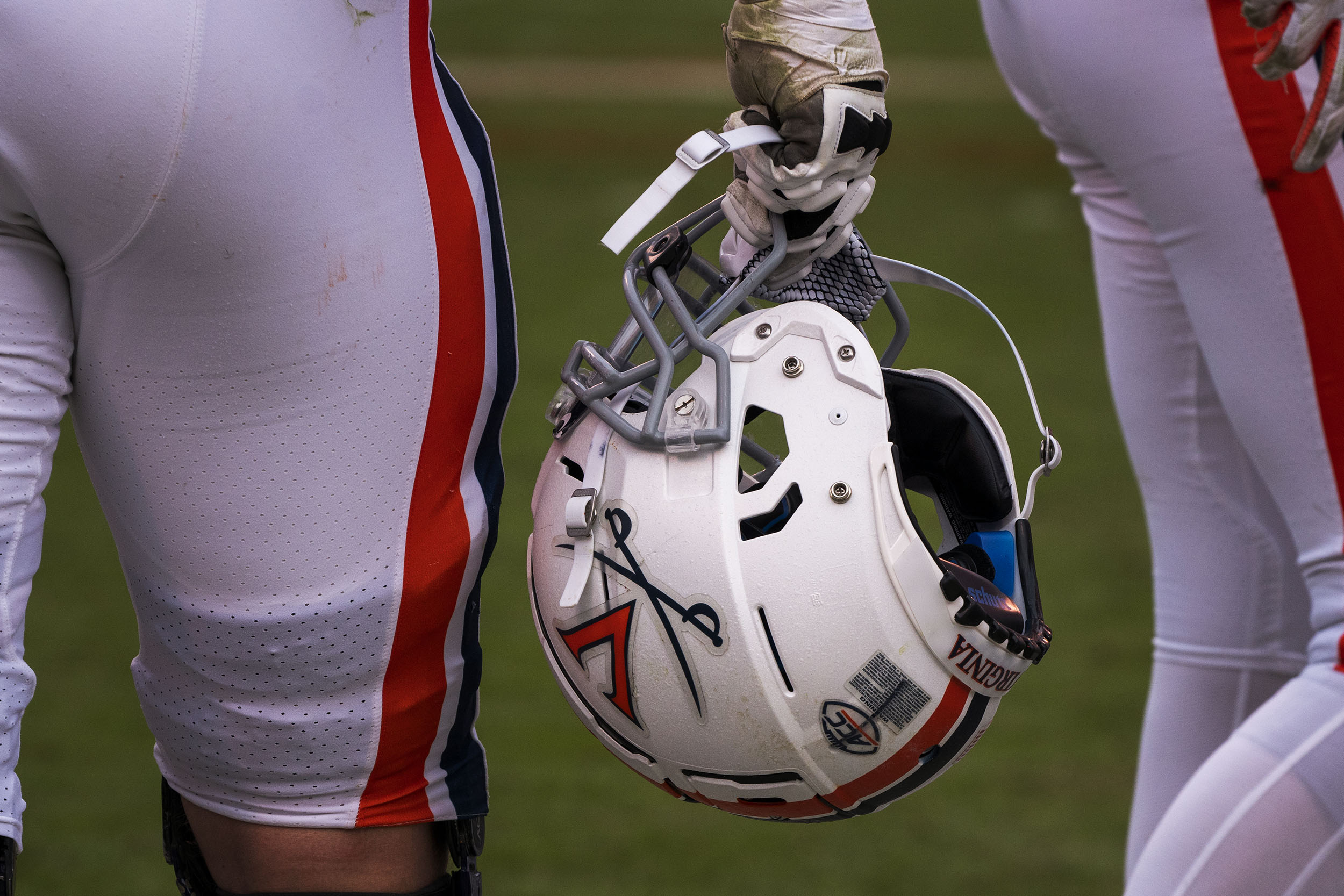 Due to the pandemic, you could say the last time Scott Stadium was truly rocking came in 2019 when the University of Virginia football team defeated Virginia Tech, 39-30, in front of a crowd of 52,619 to win the Atlantic Coast Conference Coastal Division championship and Commonwealth Cup.

On Saturday, the stakes won’t be nearly as high, but the decibel levels figure to come close.

Over a season’s worth of pent-up frustrations from not being able to attend home UVA football games will be released at 7:30 p.m. when the Cavaliers host the College of William & Mary, led by former UVA head coach Mike London.

UVA is coming off a topsy-turvy 2020 season, one in which they had both a four-game winning streak and a four-game losing streak, saw their schedule get changed more often than some people dust their blinds, and opted not to accept a bowl bid because of the pandemic. They will be looking to prove wrong the media members who predicted them to finish fifth in this year’s ACC Coastal Division race. (The Cavs visit preseason favorite University of North Carolina on Sept. 18.)

On the eve of the opening game, here are 11 things every Hoos fan should know about the 2021 season.

The annual “Paint the Town Orange” pep rally – featuring appearances by head football coach Bronco Mendenhall and members of the team – will take place on Friday at the Ting Pavilion on the Charlottesville Downtown Mall, starting at 8:30 p.m.

The Cavalier Marching Band and spirit squads will leave the Omni Hotel to march the length of the Downtown Mall at approximately 7:45.

UVA cheerleaders and spirit squad members will be on hand distributing the 2021 football poster, as well as other giveaways.

‘4th Side’ Orange Out

If you’re planning on coming to Saturday’s game, wear something orange, as all fans are being encouraged to join the “4th Side Orange Out.”

The “4th Side” is a reference to those team members not currently playing in the game, as well as fans in the stands, who bring heightened excitement and energy in their support of the Hoos. [For the record, the first three “sides” are offense, defense and special teams.]

With one of the best offensive lines in the conference, if not the nation, protecting him – the unit returns every starter from last season – Cavaliers junior quarterback Brennan Armstrong looks to improve on a solid season in which he was successful as both a passer and runner.

Armstrong ranked No. 3 in the ACC and No. 18 in the nation, amassing an average of 296.6 yards of total offense per game last season.

Stars in the Classroom

In five seasons under Mendenhall, UVA has notched 32 All-ACC Academic honorees. That is the most for UVA in any five-year span since the ACC started the recognition program in 1954. The previous best was 29 from 1974 to ’78.

In their spare time, many team members like to read – a hobby that started with Mendenhall, himself an avid reader.

Throughout the year, Mendenhall chooses books (mainly non-fiction) that he thinks will help members of the program, both on and off the field. Mendenhall typically reads about 150 pages per day, often assigning a book for everyone on the team to read.

Due to the temporary closure of the Aquatics and Fitness Center, Fan Fest will be located outdoors at the corner of Alderman and Whitehead roads. Fan Fest includes youth activities, interactive games, giveaways and special guests, and serves as the location for the Cavalier One pregame radio show. Fan Fest will open two hours before kickoff and end 30 minutes prior to kick off.

Beer and wine will be available for purchase by fans 21 and older with valid identification at select locations throughout the stadium. Fans will be allowed to take their beverages back to their seats to enjoy the game. Beer and wine will not be sold near student sections.

New this year, all concession and merchandise locations will provide cashless options for purchases to improve the speed of transactions. Cash will still be accepted.

App Is Your Friend

The Virginia Sports mobile app, compatible with both iOS and Android devices, features a tab that enables fans to easily locate concessions, merchandise, rest rooms and other in-venue amenities.

Users of the app are encouraged to enable push notifications to receive timely updates, including inclement weather alerts on game day.

Fans who arrive early will also receive a commemorative digital graphic served through the mobile app. All app users will also be eligible for special in-game offers and prizes.

Fans must follow all posted health and safety instructions on game days. In accordance with the University-wide temporary mask policy, masks will be required in all interior public spaces, including restrooms, elevators, shuttles, the press box and suites.

Suite guests will not be required to wear masks in outdoor seating areas. Hand sanitizer stations will be located throughout the stadium. Fans and staff are encouraged to sanitize and wash their hands frequently on game days.

The regular UVA bag policy remains in effect. Bags must be clear plastic, vinyl or PVC and cannot exceed 12 x 6 x 12 inches; clear one-gallon plastic freezer bags (Ziploc bag or similar) are also permitted. Small clutch bags and wallets no larger than 4.5" x 6.5" (with or without a handle or strap) can be taken into the stadium and will be subject to search.

If you can’t make it to Scott Stadium, Saturday’s game will air live on ACC Regional Sports Networks and locally in Virginia on MASN2. A complete list of affiliates carrying the game can be found here. The game will be available on the ESPN App and ESPN.com and is subject to blackout.

The contest can be heard on Virginia Sports Radio Networks around the commonwealth and live on VirginiaSports.com. A list of stations can be found here.

As has been custom, UVA and archrival Virginia Tech will square off in the regular-season finale. This year’s game, renamed the “Smithfield Commonwealth Clash,” will take place Nov. 27 at Scott Stadium. The Cavs will be looking to avenge a 33-15 loss in Blacksburg last season.

Of course, no UVA fan will forget that 2019 meeting in Charlottesville, when UVA defeated the Hokies to snap a 15-losing streak – which proved to be the last home game with fans in the stands until this weekend.

Q&A: Assessing the Risks and Rewards of Pelosi’s Plan to Visit Taiwan END_OF_DOCUMENT_TOKEN_TO_BE_REPLACED

These Giant Wind Turbines, Inspired by Palm Trees, May Be the Future of Renewable Energy END_OF_DOCUMENT_TOKEN_TO_BE_REPLACED