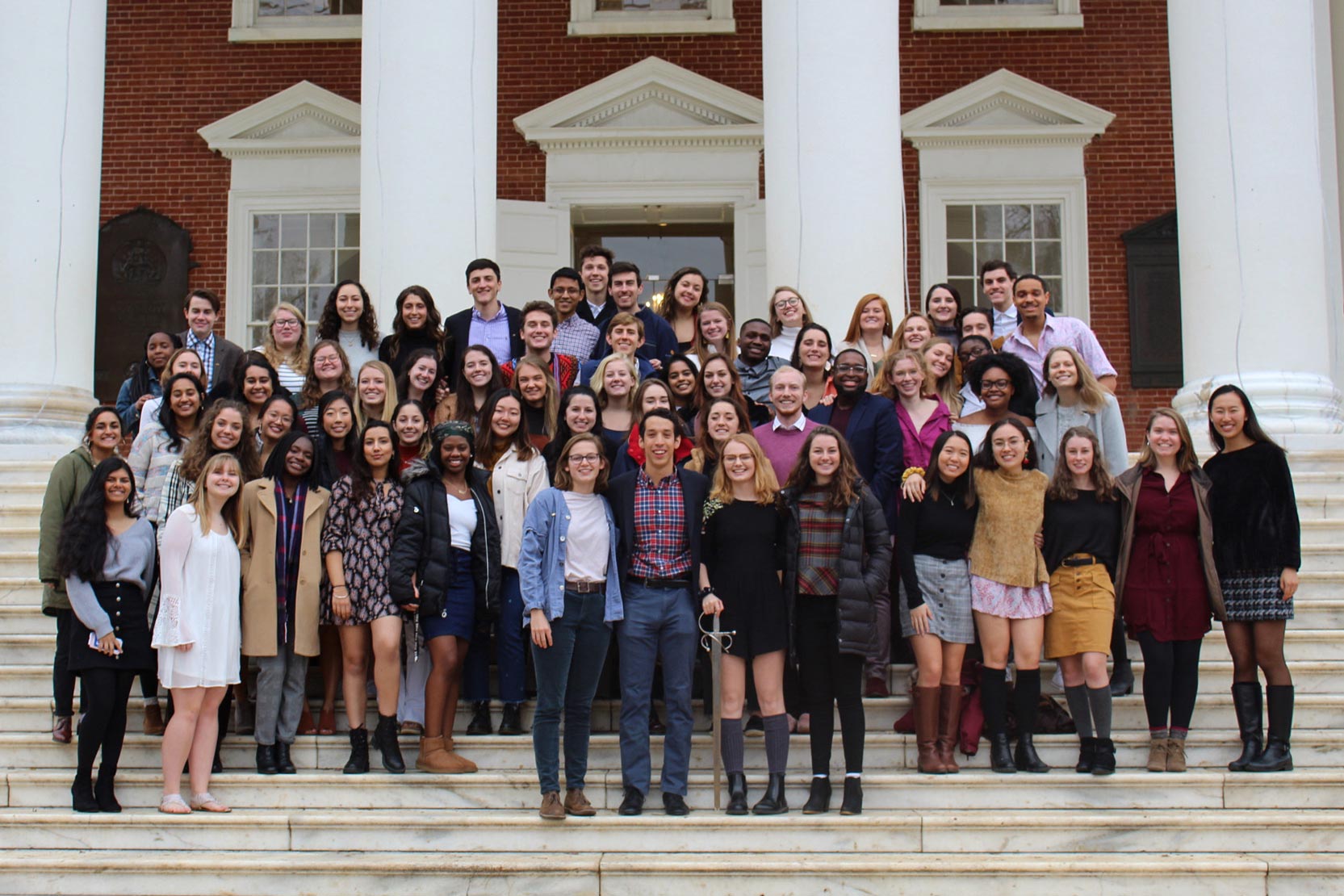 “Our executive team realized that publicly announcing our support of the protests was not enough, unless we put action behind those words,” organization president Emmy Monaghan said of the chapter’s decision to begin the drive.

In a sense, the virtual fundraiser acted as a send-off for recently graduated members. Vice President Hallie Griffiths said that coordinating a virtual fundraiser not only allowed them to exercise their power and voice as an organization, but also brought members together.

“We are lucky to have an active network of brothers whose lives touch many corners of the University,” Monaghan said. “Of the 910 individual donations we received, only about 40% of them came from brothers, alumni, family, or non-UVA friends. The rest of the donors were from our UVA community.”

Many other UVA clubs and organizations donated to the drive. These included Hot Kids Comedy, Outdoors Club, UVA Mighty, Future Business Leaders of America at UVA and Phi Alpha Delta. The secret Seven Society even pitched in.

“It was so powerful to witness how many students rallied behind the Black Lives Matter movement,” said Griffiths.

The money raised was divided between 10 organizations, chosen by the chapter’s membership. Griffiths said this is what made the fundraiser so special: the strong emotional bond between fraternity members and the causes they were supporting.

The organization isn’t finished yet. Phi Sigma Pi brother Lauren Mohan is compiling a list of resources for white and non-black brothers to use over the summer to further their personal education.

“I’m very open to any radical changes that brothers want to implement,” Monaghan said. “I don’t want our work to stop at fundraising. That was the ‘easy’ part, but anti-racism is a life-long commitment and PSP always needs improving.”

The chapter’s leaders said that it is important to continue these types of discussions, even when they’re not all together on Grounds. Monaghan also said she believes in the importance of listening.

“Leadership within PSP has always been its most successful when the president and vice president are good listeners,” she said. “I’m excited to listen and learn when we (hopefully) reconvene in August.”

What’s Next for UVA’s Class of 2022? END_OF_DOCUMENT_TOKEN_TO_BE_REPLACED

How Affordable is UVA? END_OF_DOCUMENT_TOKEN_TO_BE_REPLACED