Alumnus Francis S. Collins, Stepping Down From NIH, Is Forever Connected to UVA 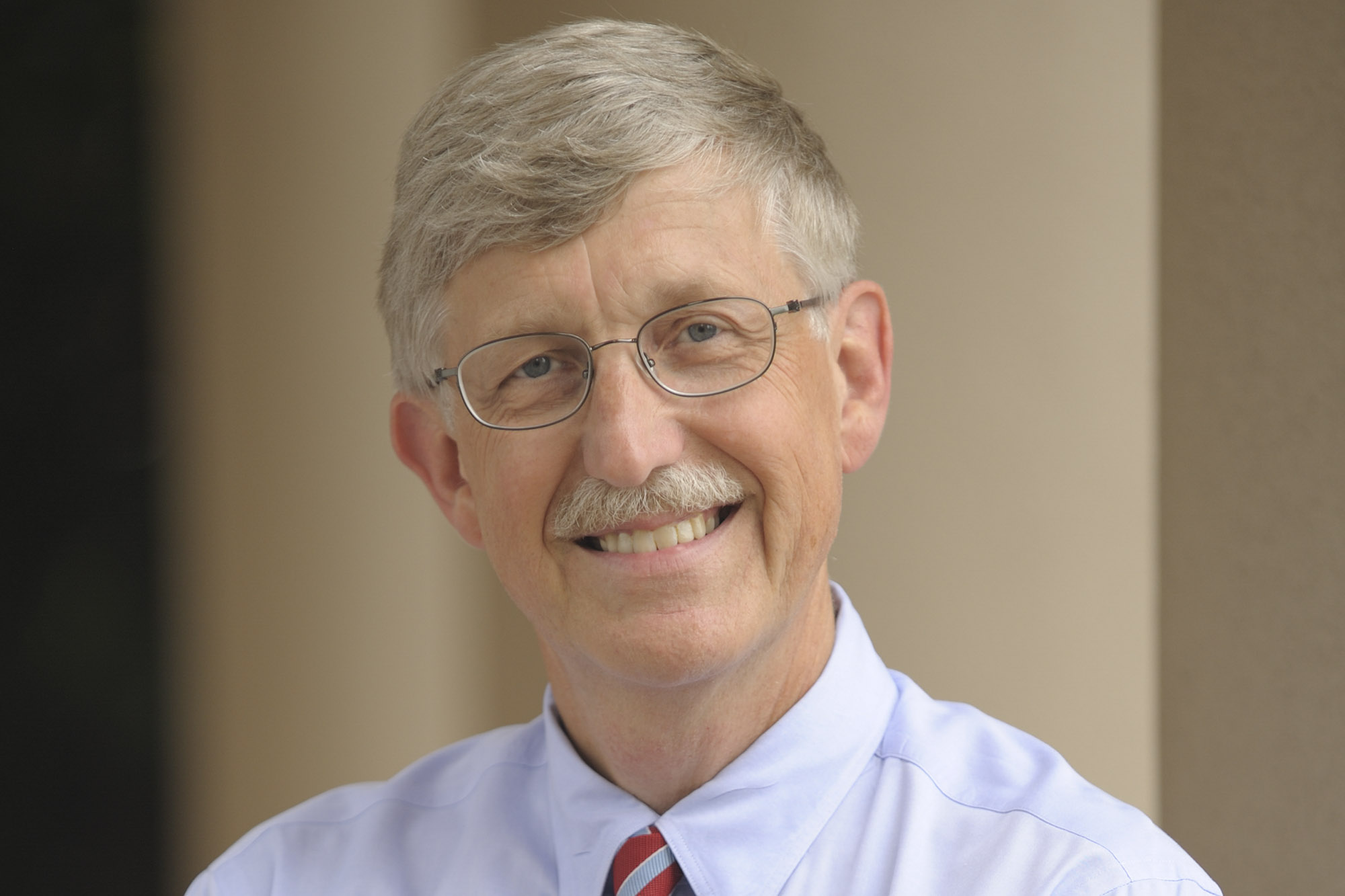 Francis S. Collins, director of the National Institutes of Health and one of the nation’s most renowned scientists, announced Tuesday that he is stepping down from his post by the end of this year. Collins, who was raised on a farm near Staunton, graduated from the University of Virginia in 1970 with a B.S. degree in chemistry. He directed the NIH for more than 12 years under three presidents, and is also known for leading the International Human Genome Project, which was successfully completed in 2003.

It's been a privilege & honor to serve as #NIH Director for over 12 years. However, I believe no person should hold this position for too long. So with deep gratitude to this great agency & the people who carry out its mission, I've decided to step down. https://t.co/rwUnKiW3V5

Collins has returned to UVA several times to speak about bioethics, big data and most recently, the nation’s battle against COVID-19. Twenty years ago, when he addressed the Class of 2001 as its commencement speaker, he delighted the crowd by taking out an acoustic guitar at the end of his speech and serenading the class with his own version of Frank Sinatra’s “My Way.” Unfortunately, no videos of the event could be located, but his 2020 COVID-themed rendition of “Puff the Magic Dragon” provides a sense of his folksy charm.

Below, check out three stories about Collins and his visits and connections to UVA.

Collins on COVID: ‘We’ve Got a Lot More to Do’

In an April 2021 webinar hosted by the Jefferson Scholars Foundation, Collins discussed the progress that has been made in the fight against COVID-19 and lessons learned.

“That’s something that [chief medical adviser to the president] Tony Fauci – who is somebody I have talked to probably three times today – [and I] are very much focused on,” Collins said about COVID vaccine skeptics. “How can we try to provide the kind of information that people need to understand why this is something they would want to do for themselves, for their family, for their community? Because it is about doing this not just for yourself, but also to provide this herd immunity, this blanket of protection across the whole country.” 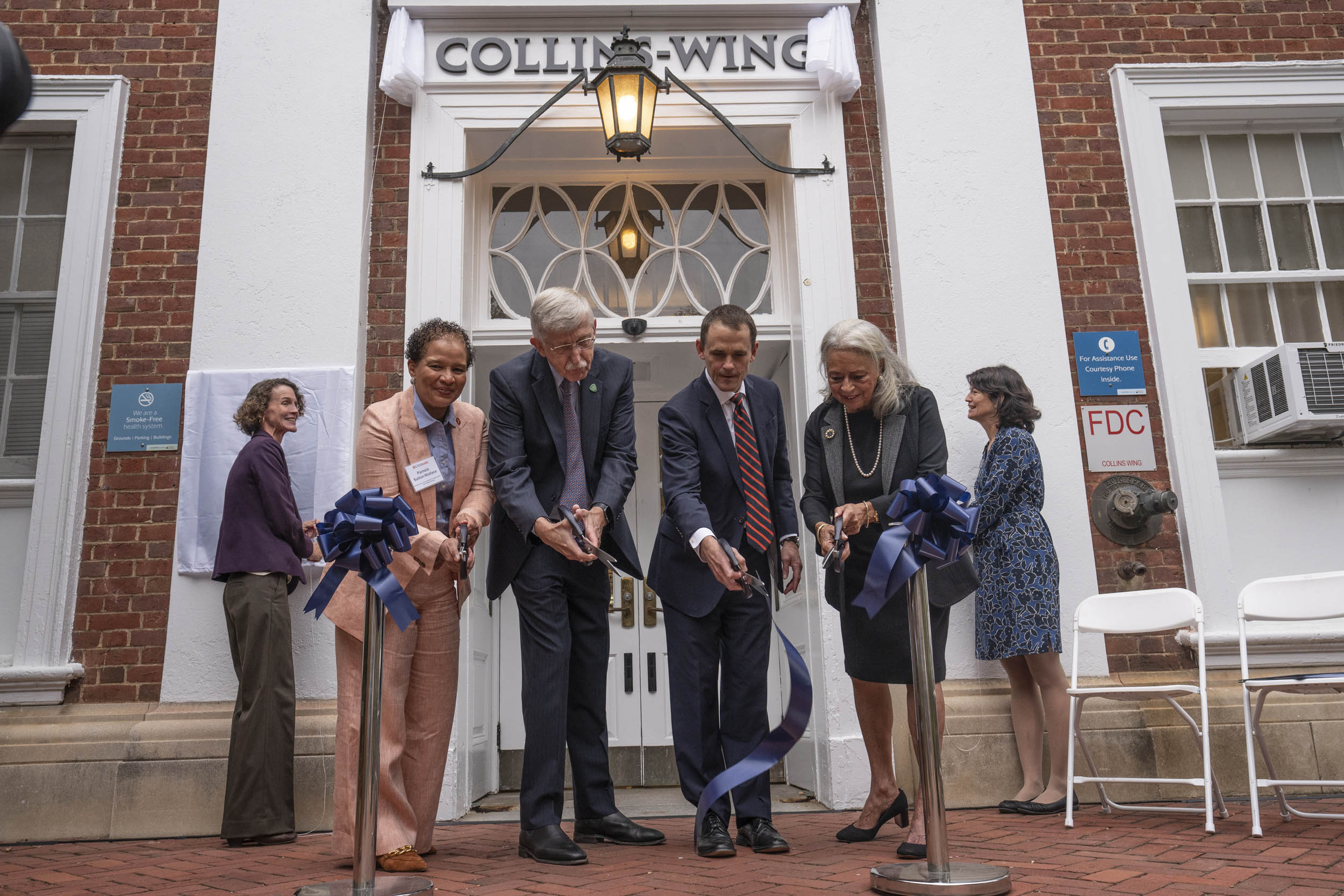 In late July 2019, the UVA Board of Visitors voted to rename the Barringer Wing at the UVA Medical Center West Complex as the Collins Wing.

“Dr. Collins is known and respected around the world for his path-breaking work in genetics and the Human Genome Project,” UVA President Jim Ryan said at the time. “Throughout his career, Dr. Collins has also focused on the legal and ethical issues involving genetics. His careful, principled consideration of these issues, combined with his immense achievements as a scientist, make him an ideal person for this honor.”

In October of that year, Collins visited Grounds to participate in the ribbon-cutting ceremony of the renamed wing, and to help kick off the University’s Honor the Future campaign.

Collins Talks ‘Big Data’ and Its Possibilities in the Life Sciences

In a 2017 visit to the University, Collins said the field of data science is wide open and needs talented researchers who understand how to glean vital information from large data sets. “If you want to benefit humanity, there are massive projects out there for people who want to take on something hard,” Collins said. “The workforce will need well-trained data science people 10 years from now.”

Collins, who received a standing ovation for his talk, was joined that day by biomedical engineering professor Phil Bourne, now the head of UVA’s School of Data Science, which launched in 2019.

What Is the ‘4th Side’? END_OF_DOCUMENT_TOKEN_TO_BE_REPLACED