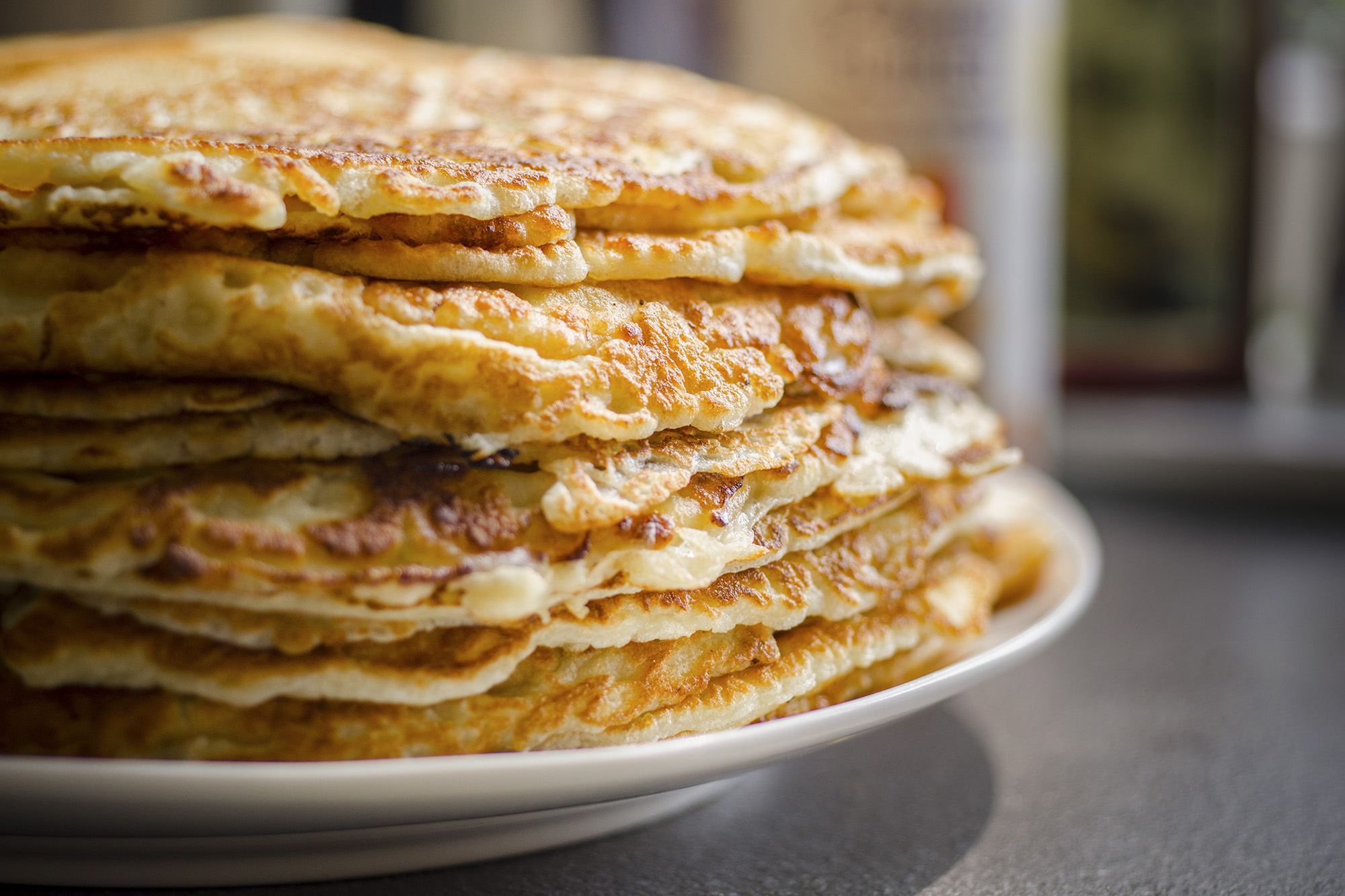 Hungry? Come out to the Lawn on Saturday from 9 a.m. to 2 p.m. for pancakes, to benefit the Michael J. Fox Foundation for Parkinson’s Research.

Each year, approximately 60,000 Americans are diagnosed with Parkinson’s disease, a neurological disorder that worsens over time.

Following the death of dopamine-producing brain cells, which coordinate movement, individuals with Parkinson’s can experience tremors and stiffness, as well as issues with speech, walking and balance. There is currently no cure for the disease, which affects nearly 1 million people in the U.S. and more than 6 million people worldwide.

Seeking to raise awareness of the disease and money to battle it, UVA student Mary McNaught (now Mary Yonkman) started Pancakes for Parkinson’s in 2003. Each year since then, students host a huge outdoor pancake breakfast for the UVA and Charlottesville communities, often serving more than 1,000 regular, gluten-free, chocolate chip and blueberry pancakes to more than 1,000 people on UVA’s Lawn.

Solely through donations, Pancakes for Parkinson’s is able to raise thousands of dollars for the Michael J. Fox Foundation for Parkinson’s Research, which is dedicated to finding a cure for the disease and to developing improved therapies.

After raising more than $30,000 in the 2020 pandemic year, despite the lack of an in-person event, Pancakes for Parkinson’s organizers are aiming to match pre-COVID-19 fundraising totals at this year’s event, to be held Saturday from 9 a.m. to 2 p.m., setting the goal at $70,000.

Q. What is the overall mission of Pancakes for Parkinson’s?

Q. When did Pancakes for Parkinson’s first start?

A. P4P started in 2003. A former UVA student wrote in her application essay that she wanted to start a club for Parkinson’s disease awareness and when she got to UVA, she created Pancakes for Parkinson’s.

Q. How many students are involved?

Q. How much does Pancakes for Parkinson’s usually raise each year?

Q. How are you keeping things COVID-safe?

A. We are very happy that the event is outdoors. This helps us tremendously. As a whole, we will follow University policy on the day of the event, and the students making the pancakes will be masked and wearing gloves.

A. “Delivering Brunch Boxes” last year was very successful, as it helped us find a way for Pancakes for Parkinson’s to raise money for the Michael J. Fox Foundation when we were not able to host an event.

This year, we are so excited to have an in-person event once again! It is so meaningful, as it brings together the UVA and Charlottesville communities, and is on the same weekend as Homecomings. We have been working hard all summer and fall and can’t wait for Oct. 16.

Here Is What You Need to Know About the New Coronavirus Variant, Omicron END_OF_DOCUMENT_TOKEN_TO_BE_REPLACED

Fall Is in the Air on Grounds END_OF_DOCUMENT_TOKEN_TO_BE_REPLACED

Meet the Cats and Dogs Your CVC Donation Supports END_OF_DOCUMENT_TOKEN_TO_BE_REPLACED