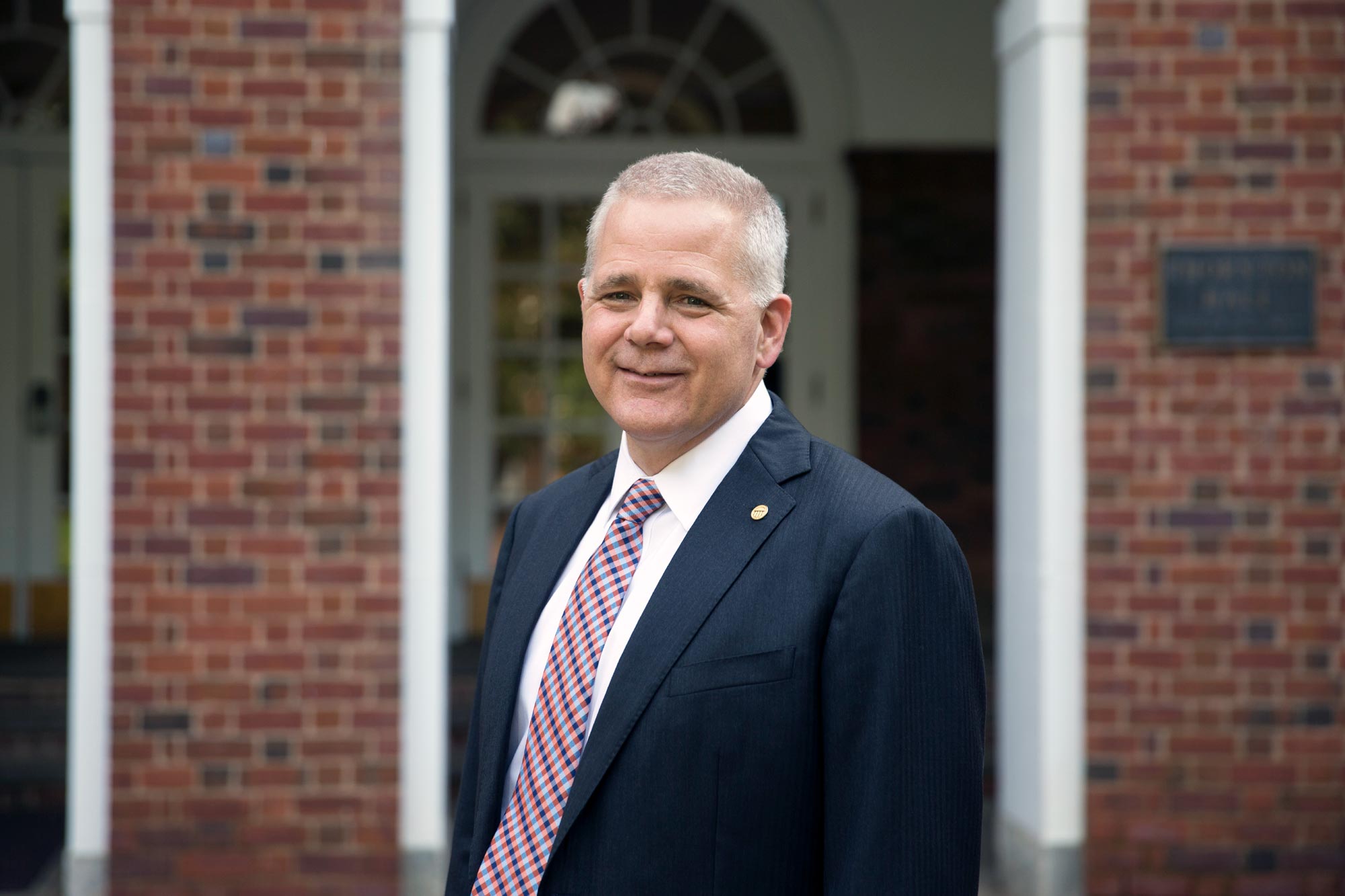 After leading the University of Virginia School of Engineering to new heights for research, graduate enrollment, undergraduate learning opportunities and alumni engagement, Craig H. Benson has announced he will step down from his position as dean on June 30.

“Craig Benson has been a transformative leader for the School of Engineering,” Executive Vice President and Provost Liz Magill said. “He has energized the school with his vision, deepened its bench with his exceptional hiring and Ph.D. recruitment, and catalyzed exciting research programs across a range of disciplines and specialties. Engineering’s future leaders will be forever lucky to build on this strong foundation. President Ryan and I are grateful for his service to the school and University.”

The University appointed Benson, a renowned geoenvironmental engineer and member of the National Academy of Engineering, as the 13th dean of UVA Engineering in February 2015. In October of that year, Benson shared his vision for bringing together faculty from across the school and University to focus on areas of research and education in which UVA could distinguish itself and contribute engineering expertise to complex societal challenges.

Benson encouraged faculty to collaborate and think big in their proposals for research and education initiatives. And honoring UVA’s position as the top public engineering school in the country for women undergraduates, he appointed two accomplished female faculty members as executive associate deans to help lead the efforts: Maite Brandt-Pearce, a professor of electrical and computer engineering, for academic affairs, and Pamela M. Norris, a professor of mechanical and aerospace engineering, for research.

In 2017, following a year-long “Focus for Excellence” process led by Brandt-Pearce, now the University’s vice provost for faculty affairs, UVA Engineering adopted a mission, vision and core values that articulated the school’s determination to create knowledge, make the world a better place and educate the next generation of engineering leaders.

“The past five years have been among the most exhilarating of my 30-year career,” Benson said. “Faculty, staff, students and alumni have taken ownership for our school’s successes, and we have had many.”

Benson announced in fall 2015 the school’s  plan for forming the Link Lab, a space where researchers from multiple engineering disciplines and other parts of the University and industry partners could collaborate on the development of cyber-physical systems, such as autonomous vehicles, “smart” buildings, surgical robots and wireless health monitors.

The 17,000-square-foot Link Lab opened in early 2018, with support from the University’s Strategic Investment Fund and nearly 40 faculty and their students from five engineering departments.

In 2017, the school announced its new Center for Engineering in Medicine, a joint project of UVA’s schools of Engineering and Medicine. The center partners engineering researchers with medical practitioners to work together toward breakthroughs for health care.

The school announced in 2018 the formation of its first new department in more than 40 years, the Department of Engineering Systems and Environment. The department brings together civil, environmental and systems engineering faculty, formerly split into two separate departments, for a collaborative and whole-system approach to modern challenges such as smart cities, environmental resilience and health care.

Benson and Norris, who is now UVA Engineering’s executive dean, have taken a strategic approach toward providing faculty with resources that would help them grow their research programs and pursue new projects. A research development office, along with a corporate relations director and pre- and post-award staffs to handle grant submissions and accounting, help faculty mine and manage funding opportunities. The school focused around three primary areas of societal need: engineering for health, engineering for the cyber future and engineering technologies for a sustainable and connected world.

Benson also prioritized faculty hiring, particularly in fields that showed promise for multidisciplinary collaboration and long-term growth in research and education at UVA, such as biomedical data sciences, cyber-physical systems and multifunctional materials integration, which is an initiative aimed at developing the high-performance materials that will be needed for the devices and technologies of the future.

The result of the strategic approach has been a nearly 40% increase in faculty research proposals school-wide from fiscal years 2016 to 2020, and an overall increase in sponsored research funding of 89% over the same period. Enrollment of Ph.D. students, who help drive the research program, has grown by nearly 50% since 2016. Two faculty members involved in the research growth have gone on to become deans at other engineering schools.

Benson emphasized that a strong faculty, working to create the knowledge and technologies that society will need for a better future, was also essential to continuously improving the quality of education that UVA Engineering’s students receive.

In 2018, for example, faculty leaders in the Link Lab announced they had earned a $3 million National Science Foundation grant to train master’s and doctoral students in cyber-physical systems and create a national model for graduate educational programs in the field. The Department of Engineering Systems and Environment has announced a construction engineering and management program that will train students to lead large-scale construction and infrastructure projects. The Department of Materials Science and Engineering recently announced a new bachelor’s degree program.

Benson has engaged alumni to help provide new learning opportunities for students, such as the National Instruments Engineering Discovery Laboratory. Benson and the school’s Board of Trustees have worked together to, among other initiatives, promote diversity in engineering, fund fellowships for graduate students and open a dialogue with University leaders about expanding UVA Engineering’s undergraduate enrollment.

Under Benson’s leadership, the school also received the two largest gifts in its history: a $15 million contribution from the A. James and Alice B. Clark Foundation, which, combined with a $15 million match from the University’s Bicentennial Scholars Fund, established the UVA Engineering Clark Scholars Program providing financial and academic opportunities to undergraduate students from backgrounds traditionally underserved in engineering; and a $25 million gift from materials science and engineering alumnus Greg Olsen, which will support the department’s efforts to recruit star faculty and attract outstanding graduate students.

During his term as dean, he has nurtured his own vigorous research program, welcoming graduate and undergraduate students into his lab. One focus of his work is designing extremely long-lasting – 1,000 years or more – containment systems for municipal, hazardous and radioactive wastes. His team also developed a technology for natural landfill covers that is now used around the world.

Benson said the global pandemic has taught him that time is finite and precious, and he wants to devote more time to his wife, son and projects that have a positive impact, such as expanding online education so that more talented people can benefit from opportunities to become engineers. After June 30, he will take a year-long leave and then continue as a member of the UVA Engineering faculty.

Class of 2020: Memories and Moments From a Long-Anticipated Celebration END_OF_DOCUMENT_TOKEN_TO_BE_REPLACED