Class of 2017: Angelica Henry’s Tough Times Led to Nursing with a Tender Heart 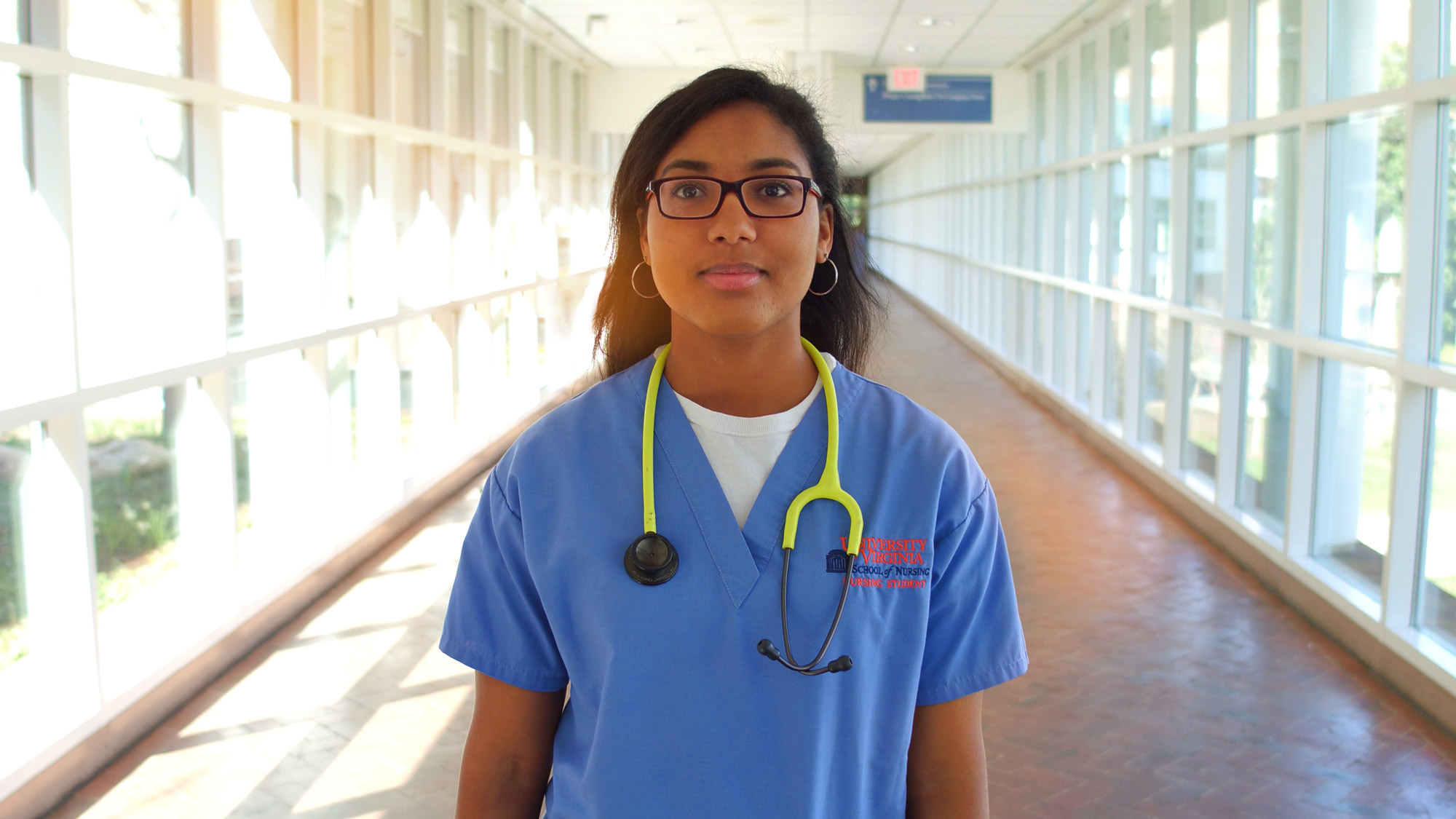 Class of 2017: Angelica Henry’s Tough Times Led to Nursing with a Tender Heart

Although she’ll become a labor and delivery nurse after graduating from the University of Virginia later this month, many of Angelica Henry’s adult patients early on breathed a sigh of relief when she arrived in their hospital rooms.

Working as a translator during her time at the School of Nursing – she is fluent in Spanish, originally hailing from Puerto Rico – Henry’s cultural competency is more than skin deep. It’s also based on an empathy derived from caring for her mother and her deep understanding of illness and grief after losing her sister to cancer – experiences that, today, have everything to do with the compassionate tenor and quality of her care.

Watch the video above.

Henry spent her early years between her grandparents’ home and the one she lived in with her older sister, Raquel. The sisters shared everything, including a ferocious protectiveness of their mother, who, for a time, was locked in an abusive relationship before striking out on her own, her two young children in tow.

But harder times were yet to come. Henry was only 6 when Raquel, then 7, was diagnosed with stage-four neuroblastoma, a cancer that spread from her adrenal gland into her bone marrow. After years of treatment at an Orlando, Florida cancer center – and navigating the terrifying waters of illness with limited English – Raquel died at 10.

Years later, Henry bounced between Florida and Puerto Rico before settling in Miami. UVA’s nursing program attracted her, and when she was accepted with a generous financial aid package, she leapt at the opportunity.

If her nursing is informed by her backstory, she said she isn’t too different from her peers who are motivated to care for others.

“Everyone goes into nursing with the initial motivation of wanting to care for people, and do it well,” she said. “We all have that in common.”

How a Single Email Changed a Life END_OF_DOCUMENT_TOKEN_TO_BE_REPLACED

Fall Is in the Air on Grounds END_OF_DOCUMENT_TOKEN_TO_BE_REPLACED

At UVA, There Is a Club for Everyone END_OF_DOCUMENT_TOKEN_TO_BE_REPLACED