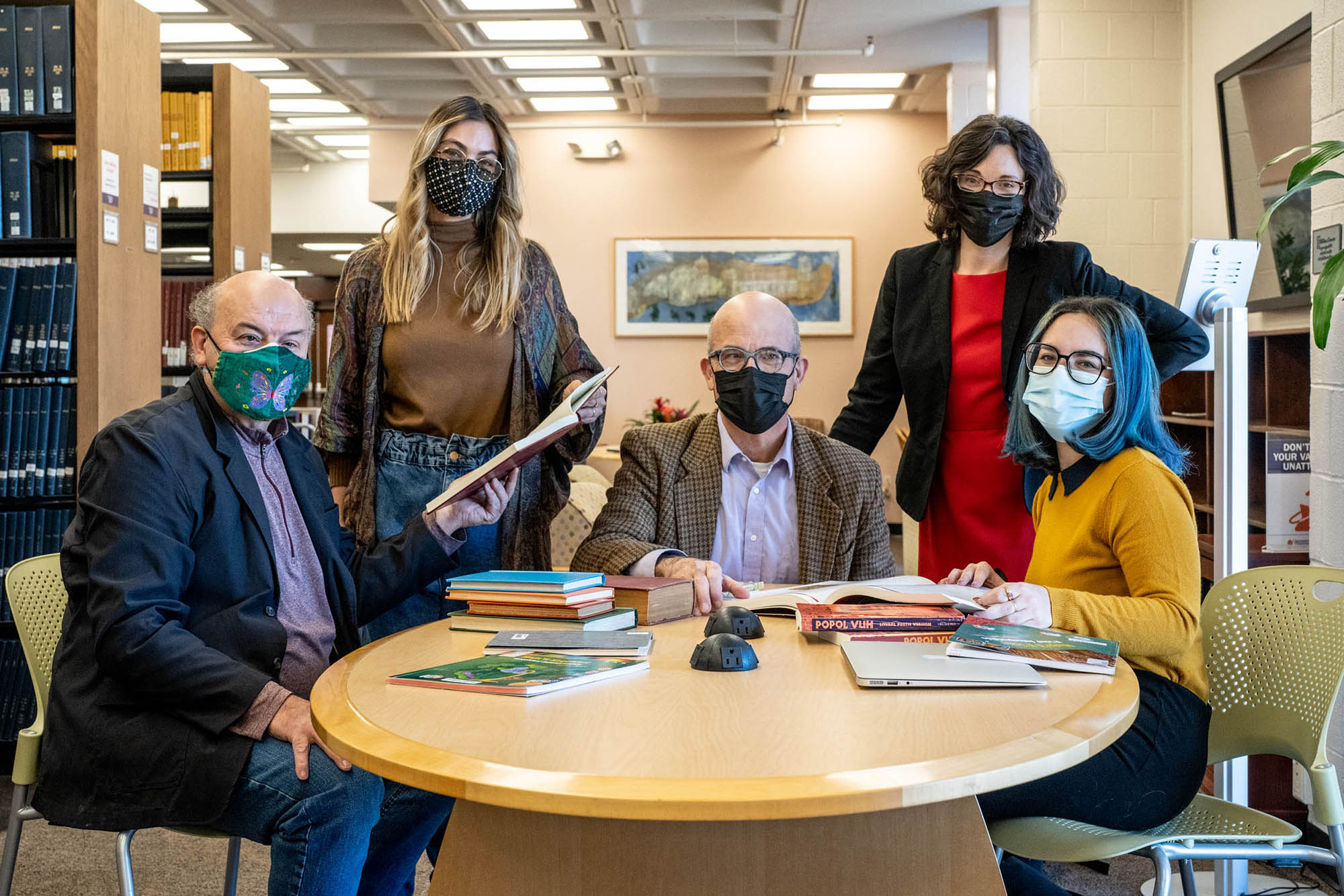 More than 40% of the world’s languages are in danger of extinction and 28 of those are Mayan languages that are still spoken today, according to the Endangered Languages Project.

Typically, older speakers pass these Indigenous languages down to younger generations, but as the elderly all over the world have been hit hardest by the COVID-19 pandemic, the rate at which endangered languages are disappearing could be accelerating.

“Language preservation and documentation was important before, but it has a new urgency,” Allison Bigelow, an associate professor in the University of Virginia’s Department of Spanish, Italian, and Portuguese, said recently. “The communities that we work with have been hit especially hard during COVID, and it has disproportionately taken out elders, or the holders of language and stories.

“To the extent that there is an ethical urgency to preserve the language and to make the newest generation of speakers feel connected to it, that’s the importance of our work and that’s why we really need to be doing it now.”

The work Bigelow is referring to involves associate professor Rafael Alvarado of UVA’s School of Data Science and a team of UVA scholars, graduate students and undergrads, in Spanish, global studies, linguistics, computer science, and the UVA Library. They are working with Maya researchers in Mexico and Guatemala to bring the “Popol Wuj” – or Mayan book of creation – to more people in those communities, with the goal of giving them access to the earliest Mayan mythology and culture via an interactive digital reader. 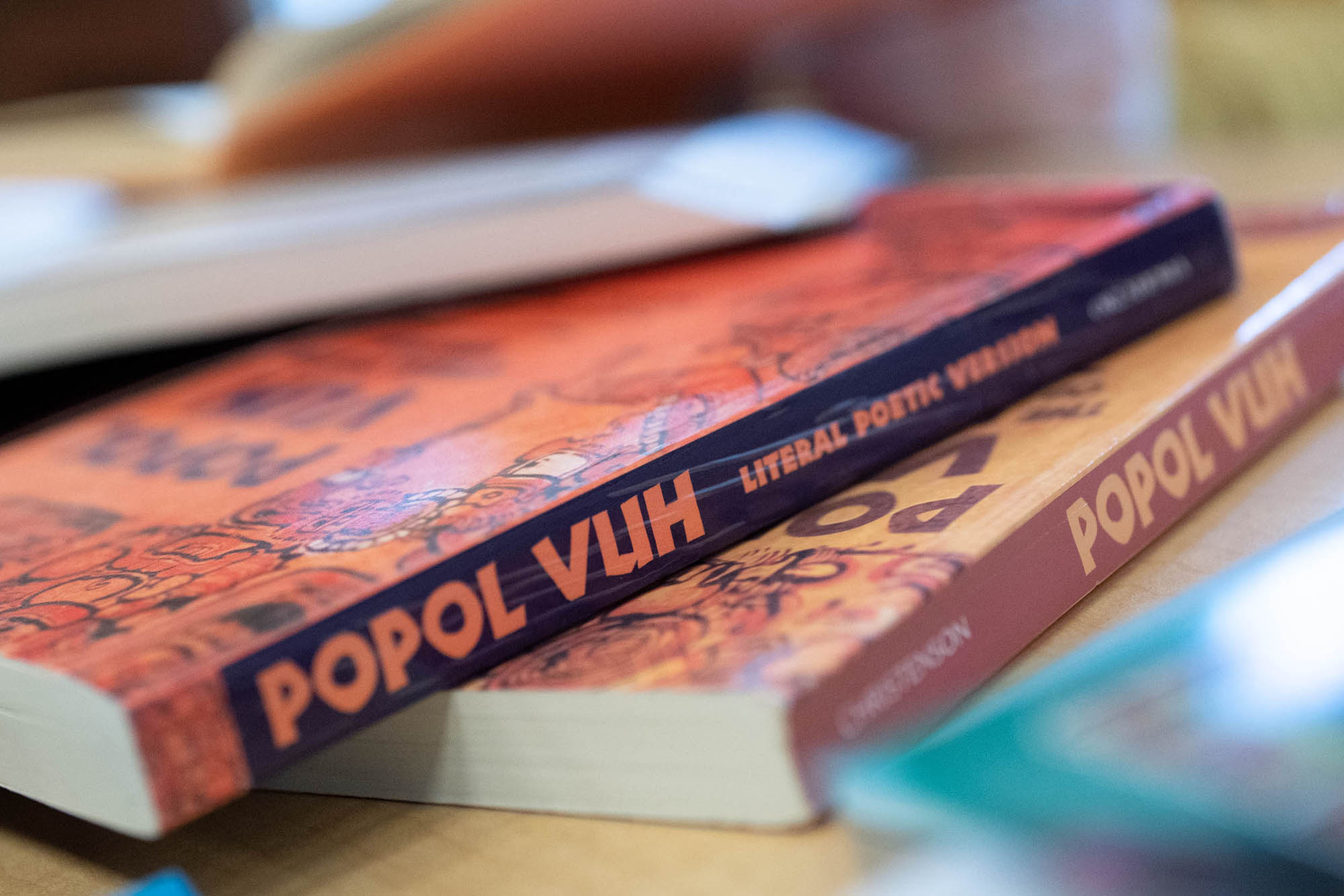 Bigelow and the team won a special $250,000 grant a few months ago from the National Science Foundation and the National Endowment for the Humanities that will help create the digital resource they have already begun. In a larger sense, this joint project aims to advance scientific and scholarly knowledge concerning endangered human languages, while at the same time help to preserve the endangered Mayan K’iche’ and Yukatek languages specifically, and the unique cultural perspectives that they make possible.

Materials to promote language learning and protect against endangerment can be scarce in Central American regions, Bigelow and her Maya colleagues said. This project leverages the latest tools and technologies UVA has access to in order to collaborate with Maya linguists on new editions of the “Popol Wuj.”

“Popol Wuj” (pronounced “poh-poh voo” and sometimes spelled “Vuh,” following the colonial-era orthography) recounts the mythology and history of Mayan cultures that are documented in Central American paintings and engravings from as early as 200 BCE. The book is the longest and most complete document to survive the conquest of the region by the Spanish in the 16th century, and it is an important link to understanding the unique cultural characteristics of the Mayan people prior to the colonizing influences of the Europeans.

Bigelow, as a University of North Carolina graduate student in English, attended the Duke-UNC Mayan Summer Institute in Yucatán, Mexico in 2009 and 2011, which deepened her earlier interest in indigenous studies. Now the Tom Scully Discovery Chair Associate Professor of Spanish, she came to UVA in 2014. She soon heard her graduate students asking for more experience in the innovative field of digital humanities, she said. Undergrads, too, were interested in getting involved in research, digital humanities and community work, so she looked for ways to incorporate this technology, turning to Alvarado with his data science expertise.

Bigelow and Alvarado emphasized the collaborative effort which began several years ago by calling it “Multepal,” because it means “joint rule” in classic Yukatek Maya.

As other academic activities shifted online during the pandemic, so too did Multepal. For example, the team organized and participated in a virtual conference last April, sponsored by the UVA Institute of Global Humanities and Cultures. Seven Maya scholars gave presentations. (UVA students translated their slides as part of a translation class taught by Alexa Jeffress, then a graduate student in Spanish and now a program director in UVA’s School of Continuing and Professional Studies.)

Bigelow, Alvarado and Aldo Ismael Barriente (now a fourth-year UVA undergraduate student) explained the significance of the “Popol Wuj” in a recent article, published last year in the journal Ethnohistory, “Popol Wujs: Culture, Complexity, and the Encoding of Maya Cosmovisión.” The Spanish term “cosmovisión” comes from the philosophical concept of “worldview” – the network of symbols and meanings embedded in a text.

The “Popol Wuj” stories contain “sacred, closely guarded rituals [that] sit alongside everyday practices such as farming and child-rearing, which ground and bring coherence to the cosmovisión,” they write.

Versions of the “Popol Wuj” exist in at least 1,000 editions, each with different sections or stories, and different interpretations. The books are often not readily available, however. Even when an edition is, it might not be accessible to Mayan readers.

To solve such access problems, the team is evolving its digital solution. The team has already begun working with the UVA Library on encoding translations, building the platform’s database and making encyclopedia entries referenced in the book. The site will also include audiovisual content from native speakers and community members. The team will ultimately map texts onto two editions encoded by UVA’s Multepal Project, but they hope others will keep expanding upon their base of knowledge. 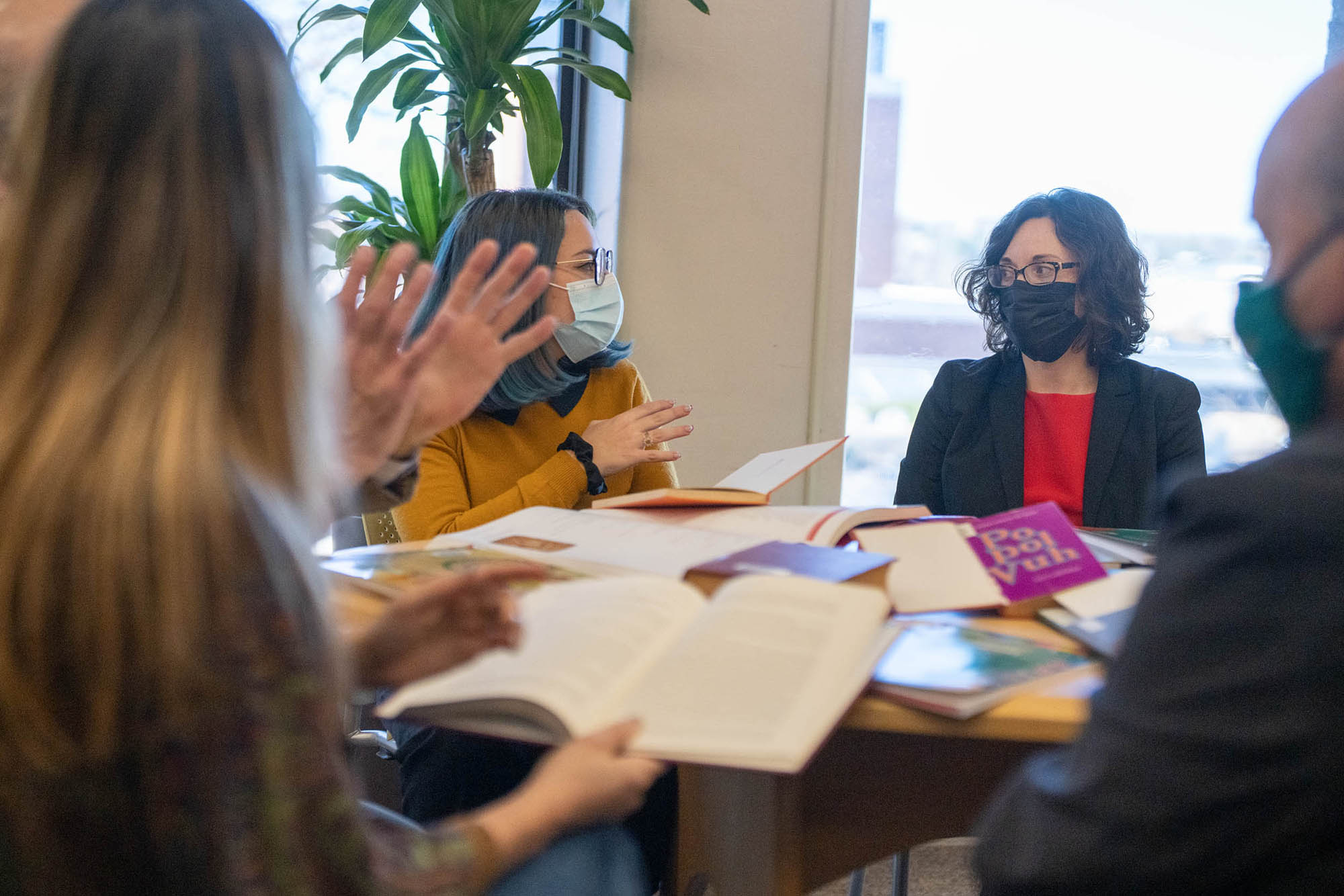 Yukatek Maya colleagues Miguel Óscar Chan Dzul and Irma Yolanda Pomol Cahum of the Universidad de Oriente in Yucatán wrote that such a digital edition would offer several advantages over other formats, especially that an audiovisual version of the “Popol Vuh” could be distributed free of charge.

They believe the technological infrastructure – internet, computer and smartphone availability – is already in place to reach hundreds or even thousands of Indigenous readers.

Scholars in Guatemala, working with a group from three highlands communities and five towns, would like to make the “Popol Wuj” accessible for their audiences – a more understandable and reliable text that could be taught in public and private school classrooms, as well as be available to the academic community, independent researchers and Maya communities.

Maya Tz’utujil scholar Ajpub’ Pablo García Ixmatá, a professor at the University of Rafael Landívar in Antigua, Guatemala, and one of UVA’s first class of “Global Mentors,” wrote, “This digital version [will offer] a great opportunity to compare different editions, especially those that have been published by authors and researchers who are not native speakers. It will also facilitate the correction of linguistic and cultural information that have been mistranslated by such authors.

“Once completed, [the digital version] will be a dynamic source that will encourage future work in the field, especially work that approaches Maya thought and philosophy in new ways.”

It’s Copperhead Season in Virginia. Here Is What You Need to Know END_OF_DOCUMENT_TOKEN_TO_BE_REPLACED

What’s Next for UVA’s Class of 2022? END_OF_DOCUMENT_TOKEN_TO_BE_REPLACED