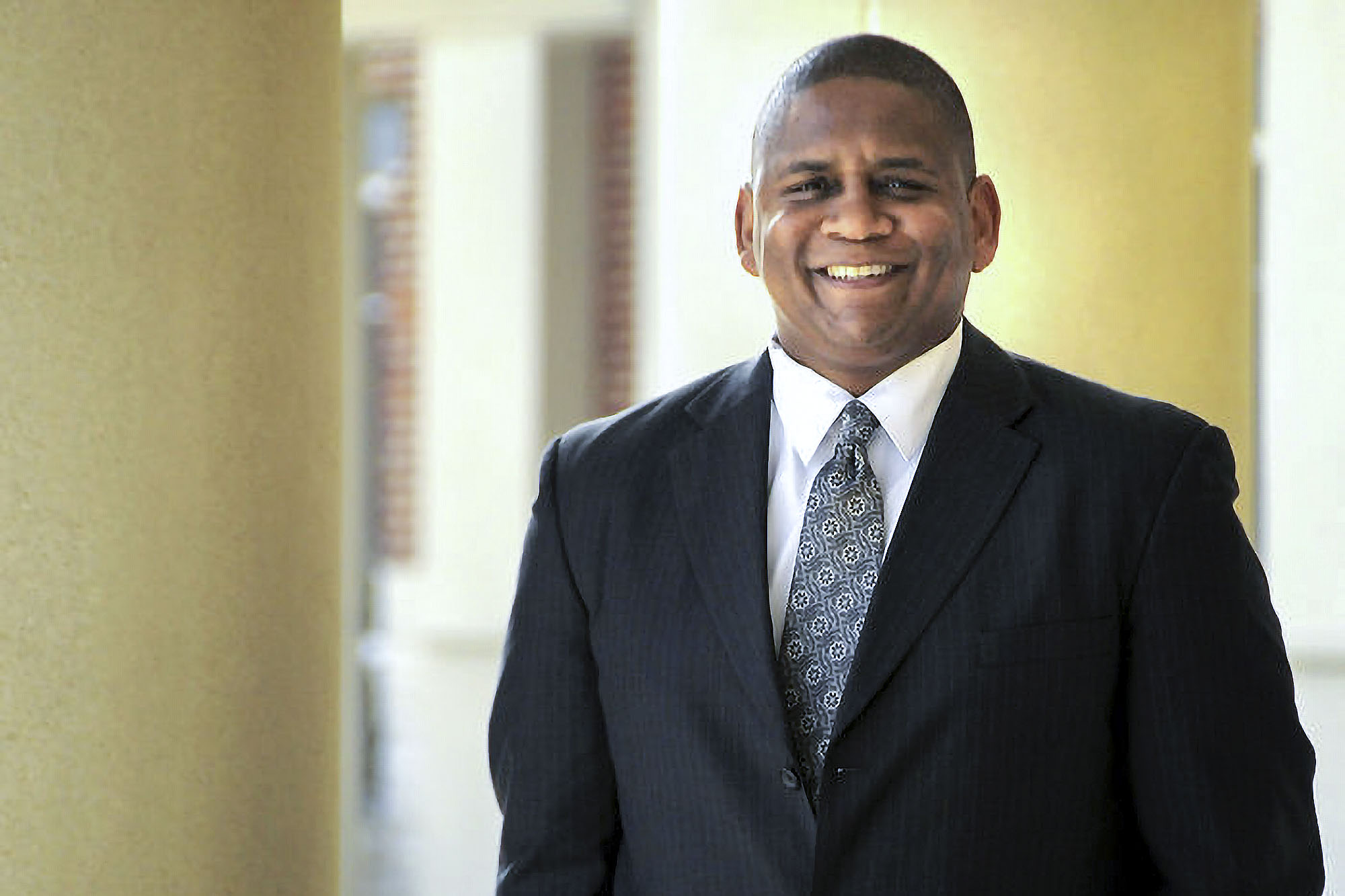 Having covered professional wrestling in his past job as a sportswriter – even writing a book about former wrestling star Lex Luger – University of Virginia alumnus John Hollis is well-versed in fictitious larger-than-life figures, ones who can do extraordinary things and who possess all kinds of otherworldly powers.

So pardon Hollis for feeling a little bit like a new character who is just being introduced to a worldwide audience on “WWE Raw.” What has happened to him over the last several months certainly has the feel of something out of a wrestling script.

Last summer, Hollis learned from a scientist at George Mason University that he has “super antibodies” that make it impossible for him to contract COVID-19.

Hollis, as you might expect, has been a human guinea pig ever since.

“The whole thing has just been surreal,” said Hollis, who works as a communications manager at GMU. “I’ve been a writer my whole life and I couldn’t make this stuff up if I wanted to. It’s so far beyond the pale.”

Last April, Hollis’ housemate had a severe case of COVID, which led Hollis to worry that he would soon suffer a similar fate – so worried, in fact, that he wrote a letter to give to his teenage son in the event of his death.

However, Hollis – with the exception of some sinus issues he attributed to allergies – never got sick.

In July, the 54-year-old Hollis, by total chance, volunteered to participate in a coronavirus study on campus. Subsequently, he learned that he had, in fact, contracted COVID. Furthermore, Lance Liotta, a George Mason University pathologist and bioengineer, told him he had the super antibodies.

Hollis said his blood was found to be so powerful that even if diluted 10,000 times it would still kill 90% of the virus.

“My jaw was on the floor,” Hollis said. “I had to have [Liotta] repeat what he said to me at least five times.

Liotta, who is leading George Mason’s clinical trials on antibodies, said that Hollis’ antibodies may hold the secret to identifying potential treatments for COVID.

“Through John and others, we have been propelled into exciting new science,” Liotta told NBC News. “Learning about his antibodies offers us new ways to fight COVID.”

Hollis is glad to do his part. Doctors tested his blood and saliva every two weeks from July through December, and they will resume doing so next month.

Hollis is relieved that his son, with whom he had spent a lot of time during the window when he is believed to have had COVID, is healthy. He said he still has the letter he wrote to him and gets emotional every time he sees it. Coming to grips with his unique medical status hasn’t been easy for Hollis, whose close friend and former colleague Sekou Smith – an award-winning NBA reporter – died from COVID last month at the age of 48.

“You think, ‘Why me?’” Hollis said. “You see so much misery and death and people suffering around the world. You say, ‘Why have I been spared when so many others haven’t?’ It’s tough to wrestle with.

“Either God has a plan for me or I’m just extremely lucky – or both. I’m not sure.”

An avid pick-up basketball player, Hollis, who spent many years as a sportswriter at newspapers in Virginia; Gainesville, Florida; and Atlanta – he covered a Super Bowl, an Olympics and five Final Fours – said his super antibodies haven’t helped his game.

“Magic blood does nothing for sieve defense and achy knees,” he said, laughing.

Despite his super antibodies, Hollis said he continues to wear a mask and practice social distancing.

“I tell my friends it’s like you have a no-hitter going into the ninth inning – you don’t change what you’ve been doing the first eight innings,” Hollis said. “Just keep doing what you’re doing. Why tempt fate?”

It’s Copperhead Season in Virginia. Here Is What You Need to Know END_OF_DOCUMENT_TOKEN_TO_BE_REPLACED

What’s Next for UVA’s Class of 2022? END_OF_DOCUMENT_TOKEN_TO_BE_REPLACED