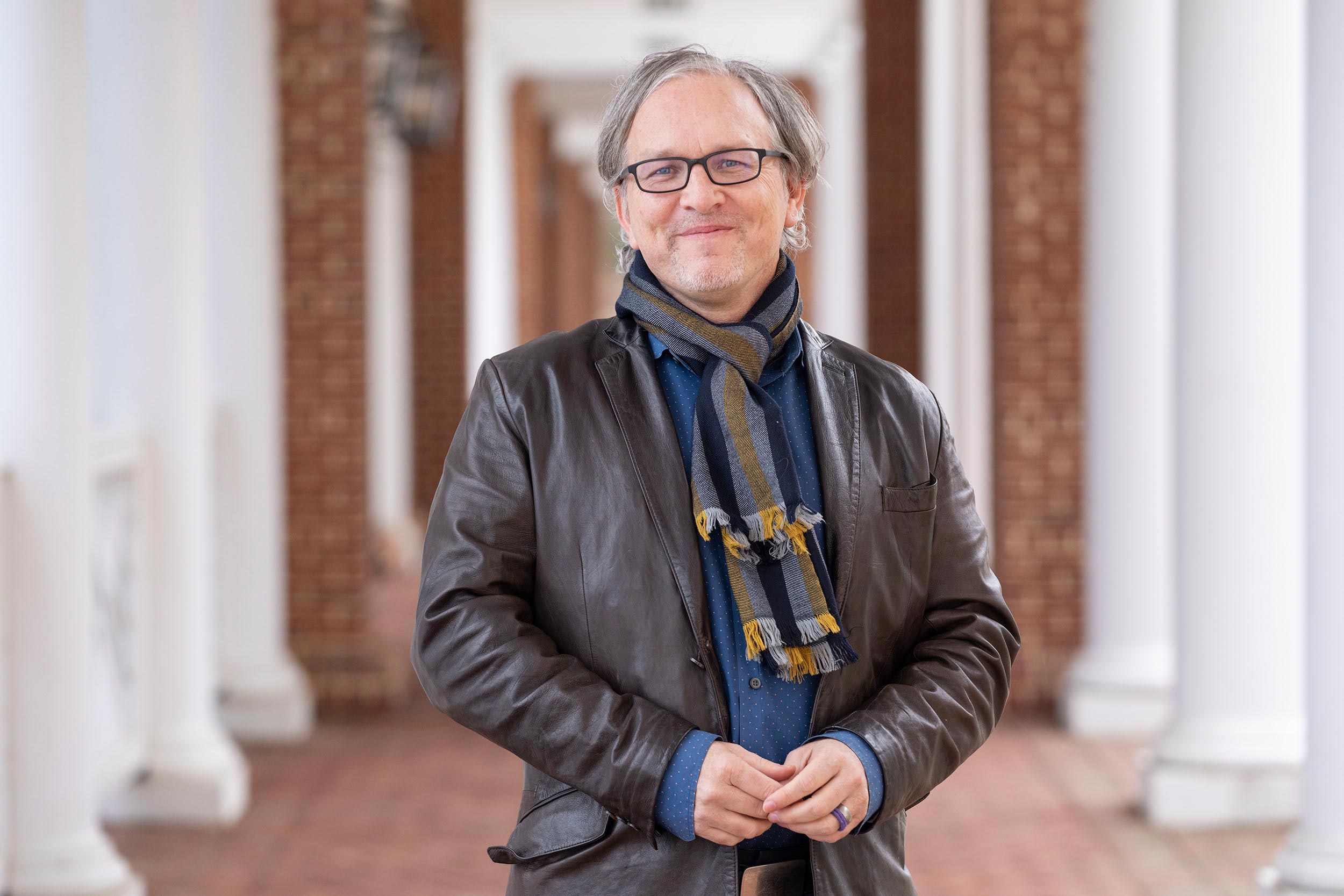 In his new role, Tassone will help develop and lead the Collaboratory for Applied Data Science in Business, a partnership between the School of Data Science and the Darden School. (Photo by Sanjay Suchak, University Communications)

Even at 13, Eric Tassone wasn’t your average baseball fan. Every week, he would retrieve a mailer with the current season data from his mailbox, then plug the numbers into a series of formulas, looking to determine for himself which teams were most likely to win.

He was using the closest thing to real-time data – and data science – that was available to him at the time.

Tassone joined the faculty of the University of Virginia’s School of Data Science last summer after a 12-year tenure as a data scientist at Google. Over the course of his time with the company, he led projects and teams working on Google’s search infrastructure, contributed to statistical software used for forecasting, and partnered with some of the company’s public policy and legal teams.

It took a while for Tassone to officially begin his career as a data scientist – he picked up a master’s degree in mathematics, a Ph.D. in biostatistics and even a law degree from the University of Virginia along the way – but his interest in the concept began with those baseball formulas, he said.

The equations he used were developed by Bill James, a renowned baseball analyst and the most visible figure in the game’s “sabermetrics” movement. For instance, James helped establish that batting average, long a dominant measuring stick for baseball performance, was not actually as associated with winning games as other metrics James would help popularize.

“He took conventional wisdom and he reframed it,” Tassone explained. Using new formulas, “he was able to better tailor existing data to answer the right question.”

Tassone calls that approach “putting the question before the methods,” and it’s been a theme throughout his career.

At Google, he collaborated with all kinds of experts, from software engineers to product managers. “When I try to explain to people what it’s like to practice data science, I often say that it’s tackling a quantitative question embedded in an engineering question embedded in a business question,” he said.

The fact that their field intersects with so many others means that data scientists need to keep the real world in focus, he added. It’s easy to fall in love with the prospect of designing the perfect algorithm or metric. But if – like batting averages – what you design doesn’t account for context or accurately address the question at hand, it won’t be helpful.

“It’s not necessarily about having the most efficient algorithm,” Tassone said. “It’s about the creativity and the entrepreneurial spirit that people bring to solving problems.”

In his new role, Tassone will help develop and lead the Collaboratory for Applied Data Science in Business, a partnership between the School of Data Science and the Darden School that began in October. 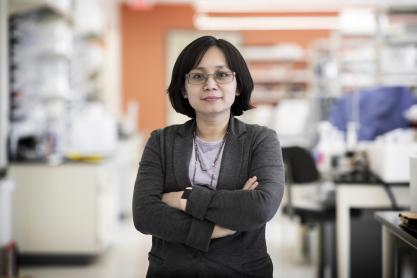 Faculty Spotlight: New Diagnostic Tool to Aid in Identifying Leading Cause of Blindness

Among other efforts, the collaboratory will host conferences and speaker events that encourage data scientists and businesspeople to meet and trade ideas, with a goal of nurturing a symbiotic relationship between academia and industry. “We want the fruits of research being put into practice, and then questions of practice feeding back into research,” Tassone explained.

The collaboratory builds on an already strong bond between the two schools, which offer a combined Master of Data Science and Master of Business Administration degree. With classes in cloud-based computing already underway, Tassone said the collaboratory team is designing an array of educational materials and opportunities that will better prepare students for their future careers.

“Darden students are showing up for their internships and finding it’s all about questions like ‘How do you use big data?’ and ‘How do you work on a platform that’s shared with analysts and data scientists and engineers?’” he said. “The idea with the collaboratory is to put them in an environment closer to the one they’ll be working in.”

UVA’s School of Data Science is the first of its kind in the country, and Tassone said he is excited not only to help steer the collaboratory, but also to shape the definition of a new discipline. At Google, Tassone frequently served on hiring teams, which means he spent a lot of time pondering what skills and attitudes make a person a successful data scientist.

“I don’t at all claim to have the answer to that,” he said. “But I’ve thought a lot about the importance of experiential learning and injecting some of that practitioner perspective into the classroom. That’s a value I think I, personally, can add.”

In conversations with his colleagues at Google, Tassone also often discussed the role that varying viewpoints have played in shaping data science as a practice – and how that intellectual diversity might be replicated in an academic environment.

“Data science can answer so many questions in so many fields. That’s why we call ourselves ‘The School Without Walls,’” he said. “I think the conditions are right for data science to be [a discipline] that is really open to a lot of different kinds of people.”

After all, Bill James wasn’t a mathematician or even a baseball player when he started publishing his equations, Tassone pointed out.

“That just goes to show that data science can both accommodate and really be expanded by the diversity of perspectives that are brought to it,” he said. 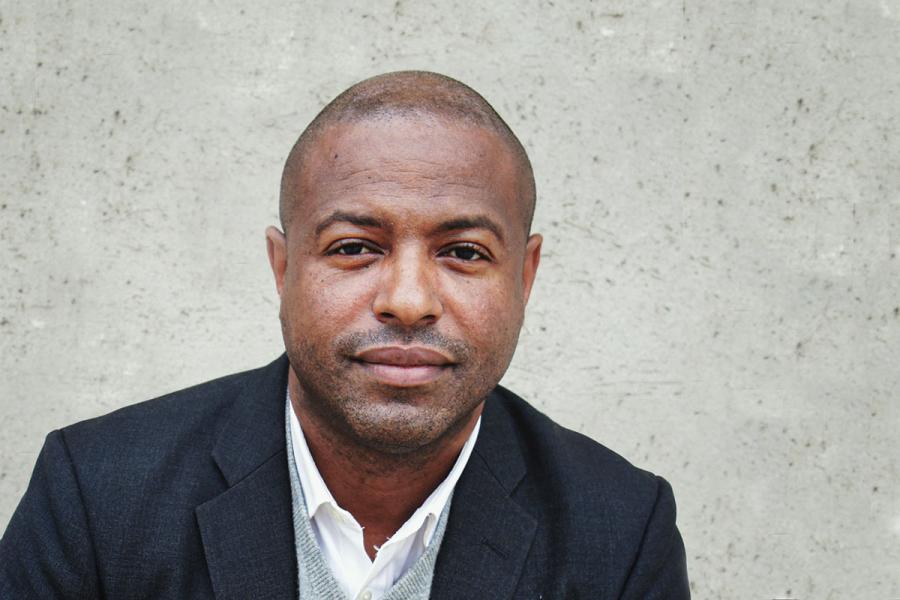 UVA Selects Malo A. Hutson as Dean of the School of Architecture 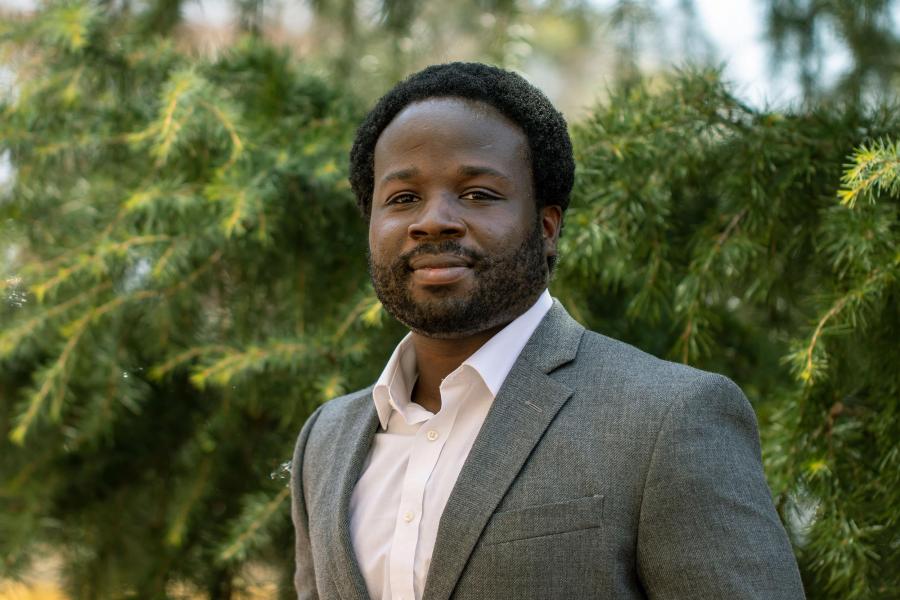