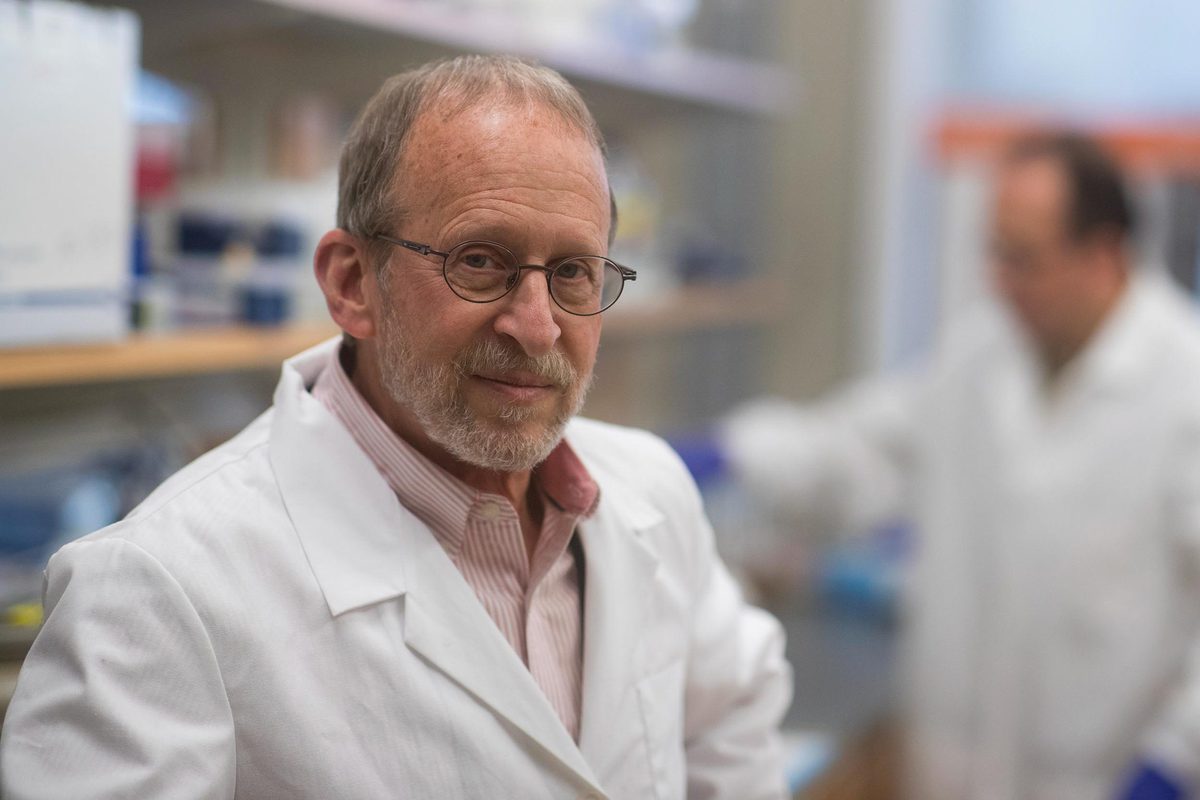 Editor's Note: One in an occasional series about University of Virginia faculty members who are helping to make the University both great and good. Today’s installment features biology and neuroscience professor George Bloom, whose lab investigates the root cause of Alzheimer's disease.

George Bloom, a professor of biology, cell biology and neuroscience at the University of Virginia, chair of the Department of Biology and member of the UVA Brain Institute, leads a research program dedicated to bringing new insights to one of humanity’s most devastating brain afflictions: Alzheimer’s disease, which now affects nearly 6 million Americans.

As the population ages, more people will develop the disease. According to the National Institutes on Aging, by 2050 the number of people with this severe form of dementia could rise to 16 million. Currently, annual health care and long-term care costs for Alzheimer’s patients is around $300 billion. By the middle of the century, the cost could rise to $1.1 trillion. 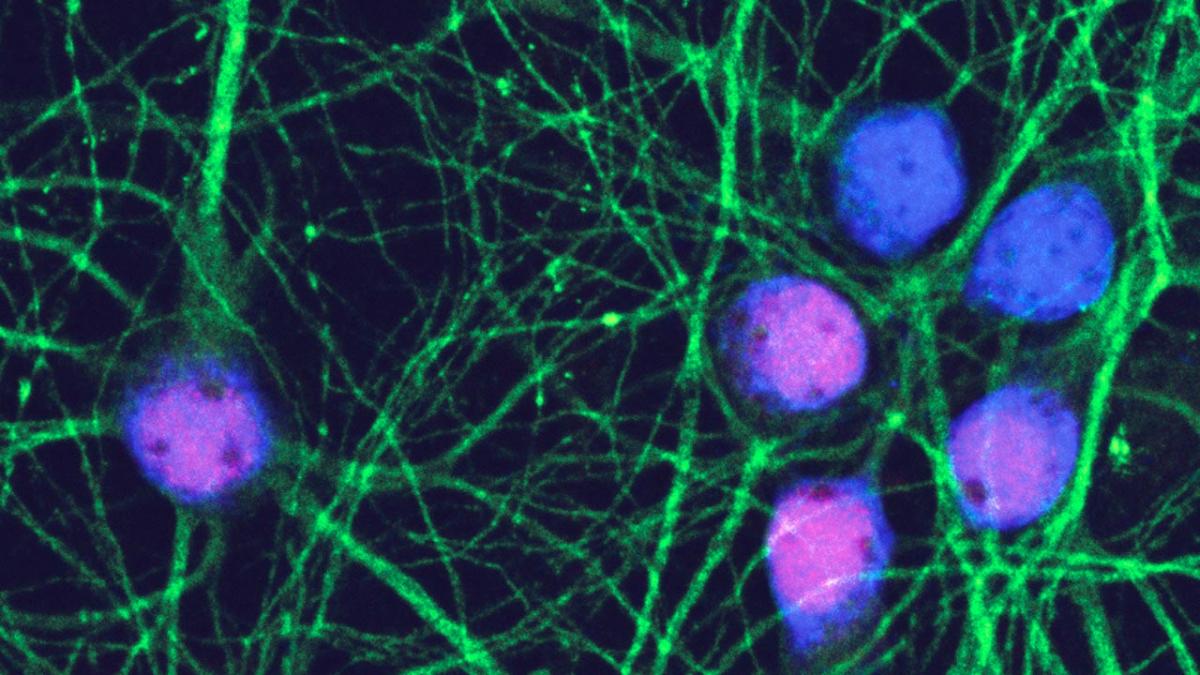 Bloom started his career investigating how cells in the body change shape, divide and migrate, seeking to answer the fundamentals of how the body operates at a basic level. About halfway through his career, he began specializing in studying brain cells, focusing on Alzheimer’s and other neurodegenerative disorders. He came to UVA in 2000 from a professorship at the University of Texas Southwestern Medical Center in Dallas and set up his lab, funded by the National Institutes of Health and several private foundations.

Bloom says pure scientific interest drives his research, as well as the desire to make an impact in how people approach their understanding of Alzheimer’s and other diseases affecting the brain.

“I’m 68 and would like to keep producing until I’m 75 or beyond,” he said. “I’ve got longevity in my family. My mother just turned 100 and my father lived to 99, and only near the very end have they experienced cognitive decline. As long as I’m healthy and feel that my lab is viable and making important contributions to the field, I will keep seeking answers.”

Q. What is the biggest thing we know about Alzheimer’s disease that we didn’t know 10 years ago?

A. Aside from the behavioral and cognitive symptoms of the disease, the defining characteristic is the formation in the brain of amyloid plaques and neurofibrillary tangles, which are the physiological hallmarks of the disease. Until just a few years ago, most researchers believed that the way to treat and cure the disease was to develop drugs that could break up the plaques and tangles, or prevent them from forming in the first place. So far, this approach has not yielded any effective drugs. At best, we can only slightly slow the progression of Alzheimer’s symptoms by beginning to treat patients once those symptoms are evident.

In just the last few years, my lab and other labs have learned that the relatively insoluble plaques and tangles are probably not the primary cause of Alzheimer’s disease. Instead, it is the soluble building blocks of plaques and tangles, proteins respectively known as amyloid-beta and tau, that work together to destroy brain function. We’ve demonstrated quite recently in my lab – and published a paper on this in the Journal of Alzheimer’s Disease – that toxic forms of amyloid-beta cause healthy tau to unfold – like the straightening out of a paperclip – and convert into a toxic form that kills neurons and causes synapse failure, ultimately resulting in cognitive decline. 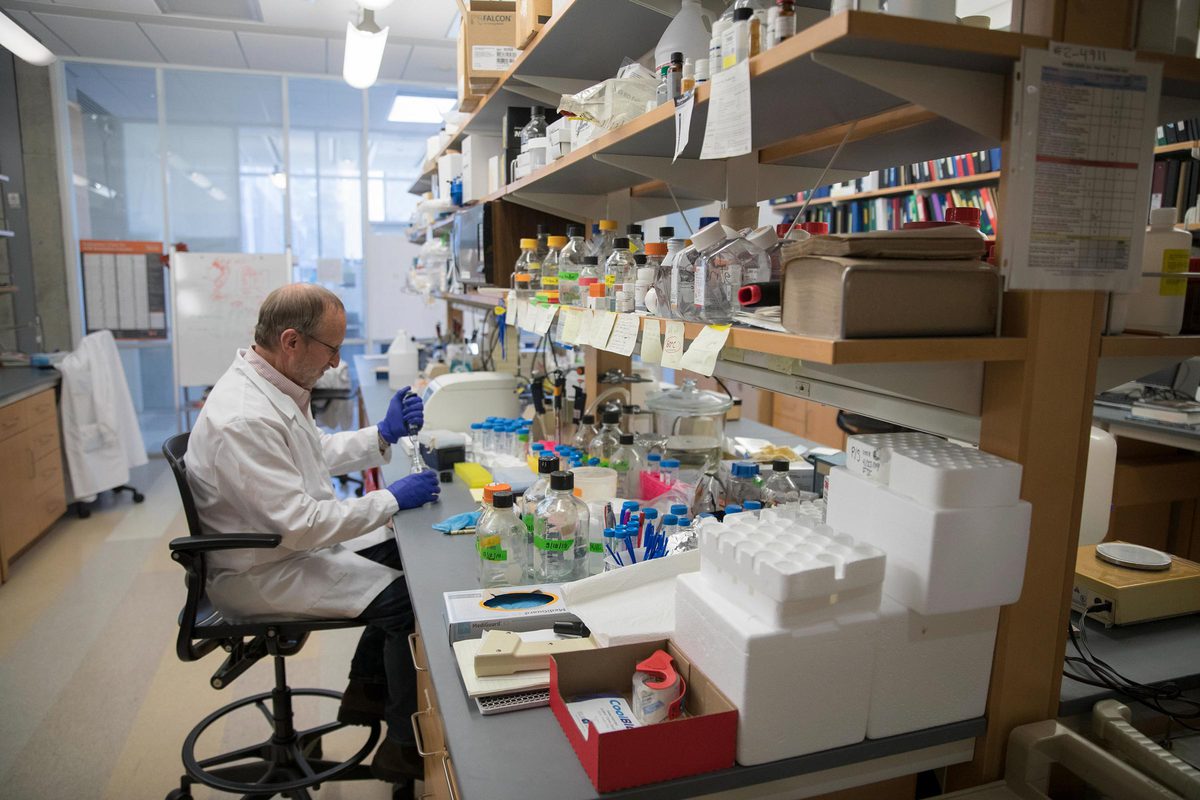 Bloom said “pure scientific interest” drives his work, as well as a desire to help people understand diseases of the brain.

This new realization, that amyloid-beta makes good tau go bad, and the biochemical processes that make it happen, may help point us toward drugs that could disrupt this process and allow tau to remain healthy. This destruction within the brain likely happens years or even decades before the behavioral and cognitive symptoms of Alzheimer’s begin to show.

Q. Why would it take so long for symptoms to show when neurons are already dying?

A. This is because we have billions of brain neurons and trillions of “synapses” that connect neurons to each other, and are ultimately responsible for memory and cognition. When we lose some of those cells or their synapses, surviving neurons can compensate for the loss, but only up to a point. This can go on for a very long time.

But eventually, as the disease progresses, the rate of cell destruction overruns the ability of the brain to compensate. Eventually symptoms begin to show – short-term memory loss and confusion – and a diagnosis is made. By that time, the disease has progressed significantly, and will continue to do so, eventually resulting in death. There is no cure at that stage of the disease.

Q. That sounds discouraging. What do new findings suggest regarding possible treatments?

A. It’s becoming clear that one promising approach to prevent this terrible disease is to find drugs that can stop amyloid-beta from converting tau to toxicity. But this would have to be done very early, long before the disease progresses to the point of causing symptoms, ideally before the chemical changes that proceed the disease even begin.

So far, a few hundred Alzheimer’s drugs have gone through clinical trials, but only five have been approved by the Food and Drug Administration. These drugs are designed to help people once they are symptomatic, but at best they only slightly slow the progression of a disease that, at that point, already has caused massive irreversible damage to the brain. It’s too little, too late.

One of these drugs, however, memantine (Namenda), might be able to prevent or delay the disease from developing, if treatment is begun early enough. This is because it might prevent the unfolding of tau into a toxic form. So, rather than trying to treat Alzheimer’s only after it’s been diagnosed, perhaps we should use genetics tests and other means to identify people who are at considerable risk of getting the disease and offering prophylactic treatment 10 or 15 years before they are symptomatic. 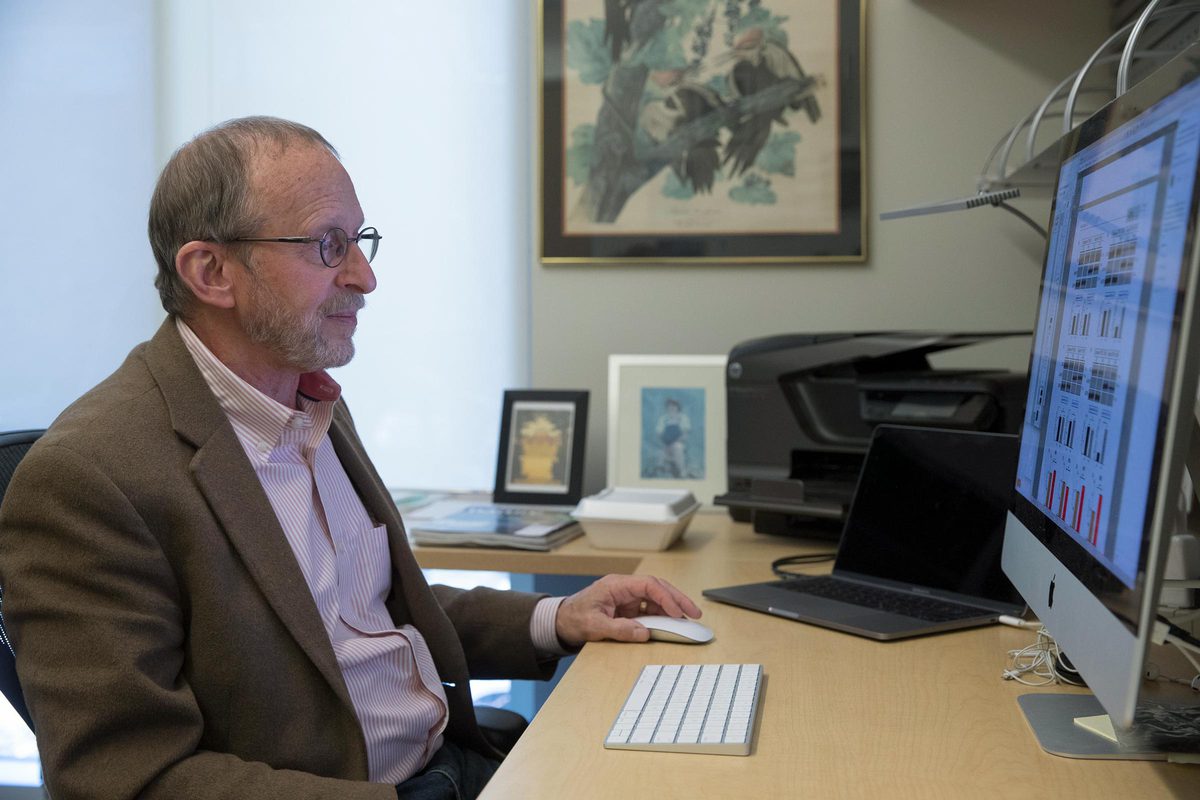 With longevity running in his family, Bloom said he plans to keep working “as long as I’m healthy and feel that my lab is viable and making important contributions to the field.”

Of course, we don’t want to treat people for a disease they don’t have or might never get. It’s important that we develop more and better tests to help identify people who are at risk so treatment, if desired, could begin very early.

Q. How far away may we be from an effective prevention treatment?

A. Many years. To treat early would require very costly long-term clinical trials that might take 10 years or longer to find out if, in fact, they work to prevent the disease. Unfortunately, our understanding of the basic biology of the disease is still primitive.

Clearly more resources must be directed, nationally and internationally, toward brain science. We need to understand what keeps a healthy neuron healthy. I think we’re on the right track. It’s expensive to do good research, but in the long run it’s much more expensive to treat and care for Alzheimer’s patients, a rapidly growing population.

Q. Until effective prophylactic treatments are available, can people do anything to possibly protect themselves from getting this disease?

A. Lifestyle behaviors seem to matter. Exercise, a healthy diet, and maintaining an active mind seem to inhibit or delay Alzheimer’s and other forms of dementia. 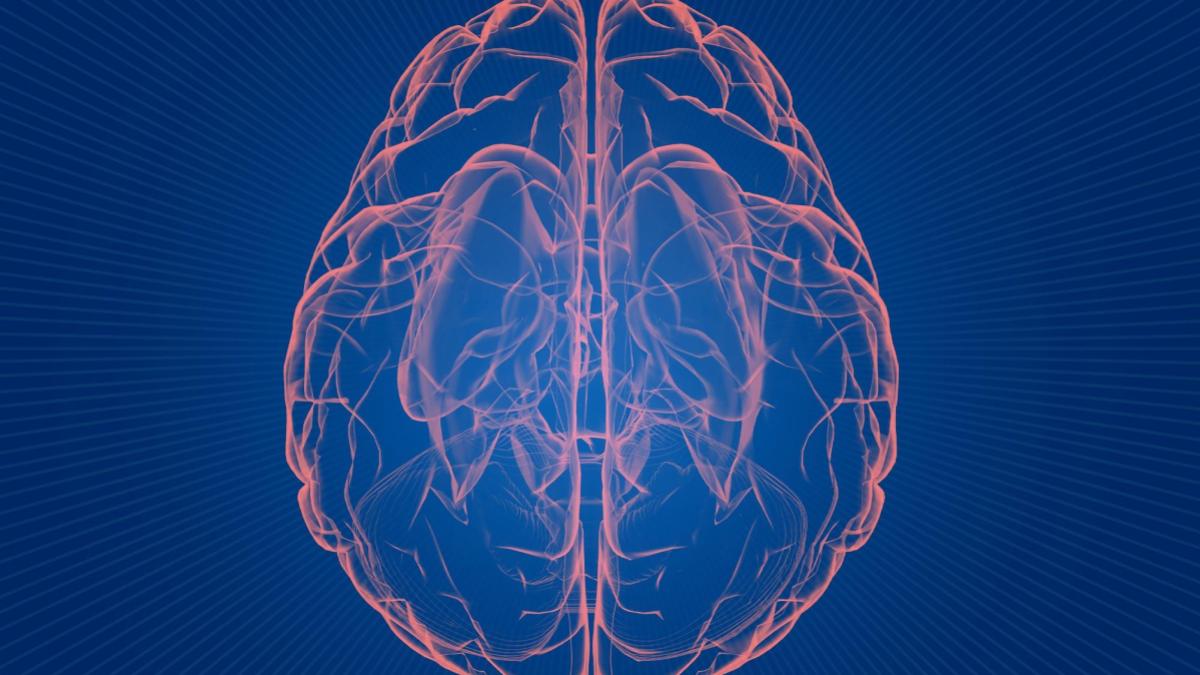 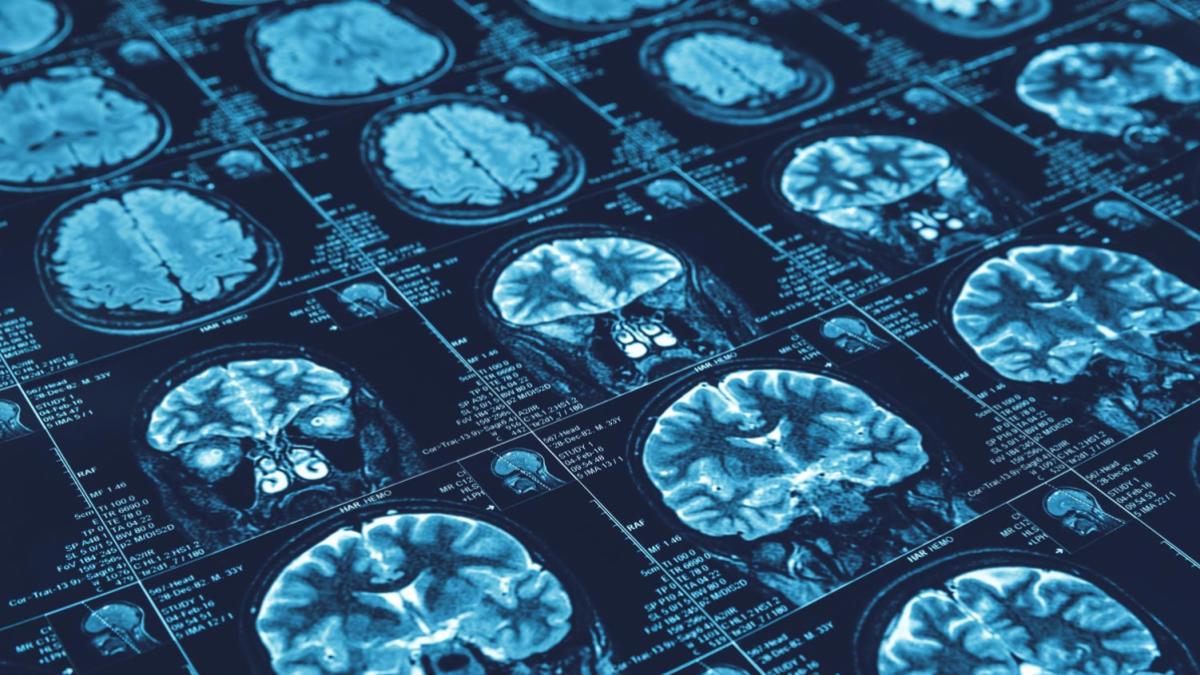 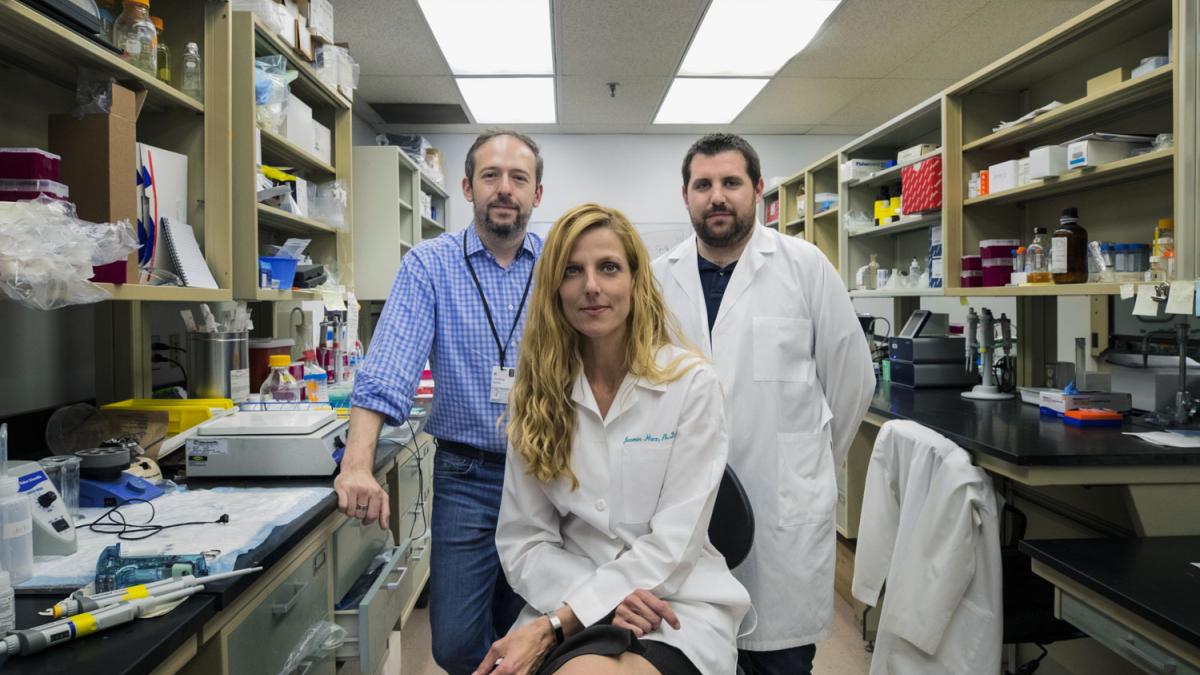