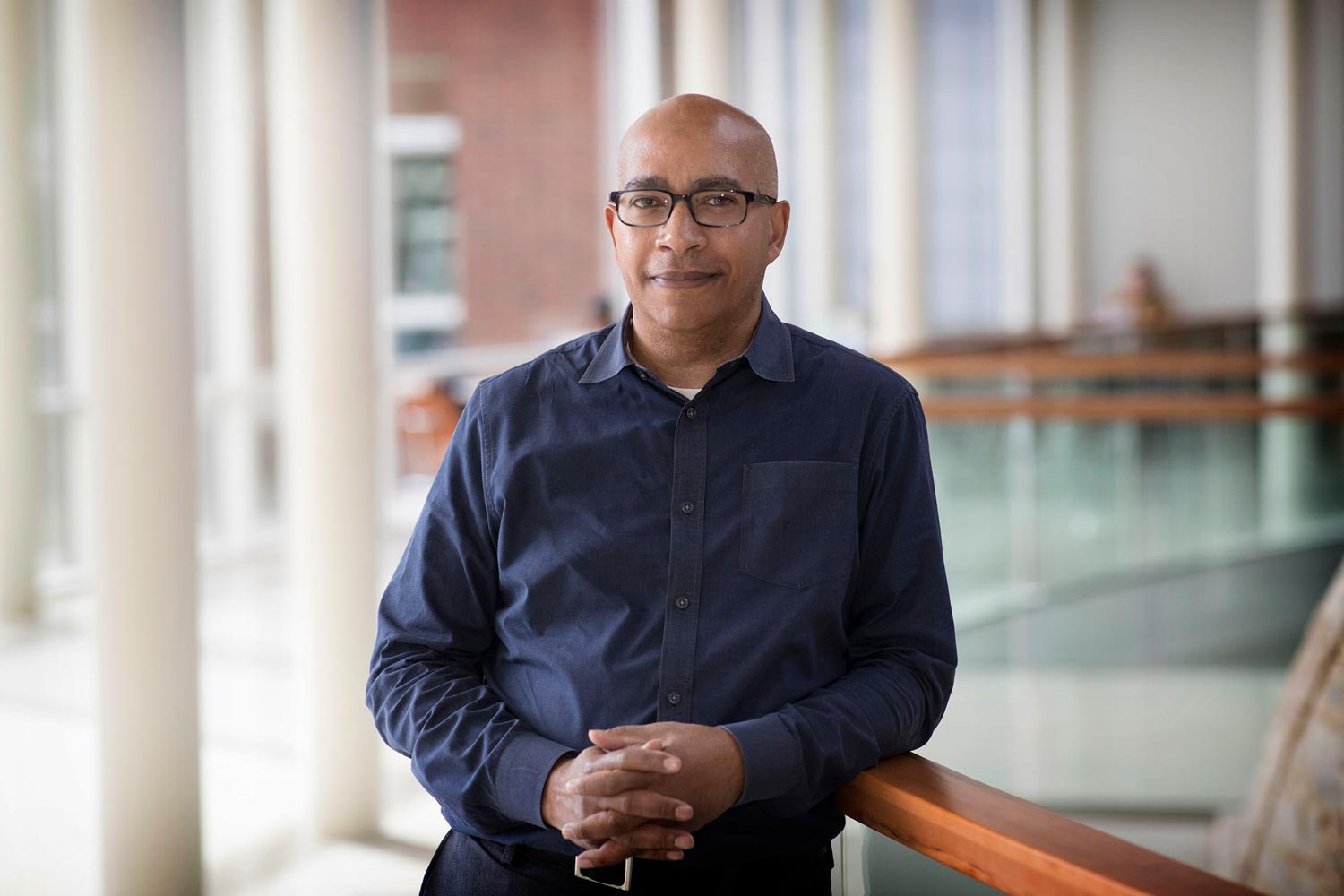 On a bright autumn afternoon in Cleveland more than 50 years ago, 6-year-old Kevin Gaines waited for a rally at his neighborhood playground to see a visitor he already knew was important: a minister named Martin Luther King Jr.

Alas, hearing the civil rights icon was not to happen that day for Gaines. King’s arrival was delayed so long that at sunset, the boy decided to head home and not be late for dinner.

Today, Gaines describes himself as a product of the civil rights era. Even when very young, it was hard not to be affected, he said. His parents were “thoughtful citizens who made sure I had access to what was going on.”

Gaines became a professor of African-American history. And now, after several previous posts at other prestigious universities, he has arrived at the University of Virginia as the inaugural Julian Bond Professor of Civil Rights and Social Justice.

“It’s a great honor to be the inaugural holder of the Julian Bond Professorship. It’s a really exciting time to be at UVA, when the institution is redoubling efforts to strengthen Africana studies,” he said from his office in Nau Hall. “I look forward to working with the many outstanding colleagues in history and at the Woodson Institute.

“The civil rights movement was so transformative for people’s lives,” said Gaines, who came to UVA from Cornell University and holds appointments in the Carter G. Woodson Institute of African-American and African Studies and the Corcoran Department of History. He previously taught at Princeton University; the University of Texas, Austin; and the University of Michigan.

“Kevin Gaines’ appointment adds multiple dimensions to our department’s curricular offerings, particularly courses focused on the modern civil rights movement,” said English professor Deborah McDowell, who directs the Woodson Institute. “Our students will benefit greatly from his research, which brings international dimension and texture to considerations of the movement and its position in the centuries-long black freedom struggle. He brings additional and complementary expertise in African-American political writing and intellectual history.

“As we move to implement our graduate certificate in Africana studies, his courses will be essential. We are very lucky to have him here,” McDowell said.

Karen Parshall, who chairs the University’s history department, said, “Kevin Gaines brings key, new perspectives to the history department’s undergraduate offerings in African-American and African history and will be an incredible resource for our graduate students, especially in U.S. history. His appointment puts UVA on the map for the study of, and research in, civil rights and social justice.”

Through high school and college, Gaines would choose independent study projects whenever possible to learn more about African-American history, because classes didn’t exist, he said. He pursued an academic career to try to help change that, to be part of transforming the writing of U.S. history by placing African-American history at its center.

His parents grew up in Ohio, as their families moved from the South to the North during the Great Migration, he said. Gaines’ maternal grandfather, Rev. Ernest Wakefield Stevens, whose family moved to Cleveland from Florida during World War I, also wrote poetry. The poem he published about the 1955 murder in Mississippi of the 14-year black boy, Emmett Till, has been anthologized, Gaines said proudly.

There was, and still is, a lot to contribute to “the history of long centuries of the African-American struggle for freedom,” he said.

In the spring semester, he will teach a large history lecture course on the civil rights movement and an upper-level seminar on African-American political writing after Reconstruction, including the work of historians, educators, authors and poets, among them W.E.B. DuBois, Booker T. Washington, Anna J. Cooper, Frances Ellen Watkins Harper and Paul Laurence Dunbar.

Gaines is on leave this semester as he finishes writing his next book, which covers a global history of African-Americans. In the 19th century, the abolition of slavery reverberated around the world. It was the goal of anti-colonial activism and revolutions – not only the Haitian Revolution, but also independence movements throughout Latin America against Spain’s colonial rule.

Gaines is making connections between black freedom struggles in the U.S., the Caribbean and Africa, and showing the global impact of the different movements for the abolition of slavery and emancipation and eventually, civil rights for African-Americans.

“The civil rights movement helped transform the writing of American history, with a new focus on the perspectives of African-Americans during slavery and segregation,” he said. Although some black scholars had begun that discovery before the civil rights movement, now it has become part of the norm, he said, citing the fuller investigation of Thomas Jefferson’s involvement with slavery as an example.

In his research and teaching, Gaines includes the global circulation of African-American narratives of freedom and liberation. “African-Americans have had a global presence, whether as activists or artists,” he said.

What the world knows about American culture in the arts comes largely from African-American culture, Gaines said. Take music, for instance. At first, there were Negro spirituals. In the late 19th century, the all-black Fisk Jubilee Singers traveled internationally, even performing for Queen Victoria, to raise funds for Fisk University, a historically black institution in Nashville.

African-American jazz musicians, following in the footsteps of Duke Ellington, Louis Armstrong and Ella Fitzgerald, may be more popular in Europe and Japan than in the U.S., Gaines said.

And now, the largely African-American hip-hop genre is taking the world by storm and is being emulated in countries as far-flung as Cuba, China and some in eastern Europe, he said.

Julian Bond, a longtime social justice activist and one of the co-founders of the Student Nonviolent Coordinating Committee, taught in UVA’s history department for 20 years. After joining the faculty in 1992, Bond taught more than 5,000 students who took his popular “History of the Civil Rights Movement” seminar.

Recognizing Julian Bond’s impact, UVA’s College and Graduate School of Arts & Sciences established the Julian Bond Professorship of Civil Rights and Social Justice after Bond’s death in 2016, with contributions from as many as 350 alumni, parents and friends.

Netflix to Add Ads. Why This Could Be a ‘Game-Changer’ for Your Viewing Experience END_OF_DOCUMENT_TOKEN_TO_BE_REPLACED

What’s Next for UVA’s Class of 2022? END_OF_DOCUMENT_TOKEN_TO_BE_REPLACED