Getting to Know School of Medicine Dean Melina Kibbe 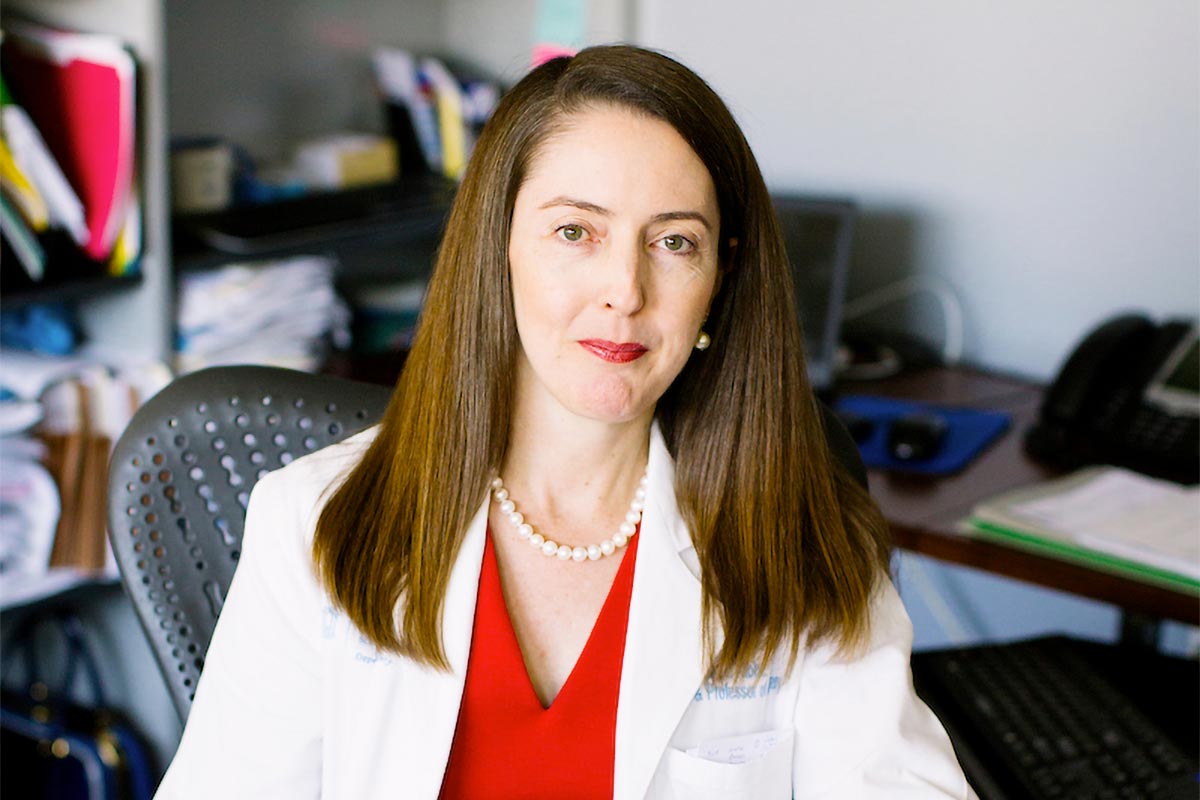 Just who is Dr. Melina Kibbe? A clinician and researcher? An educator? Sci-fi nerd? The answer is “all of the above” and more. This week, she adds three more titles to her accomplished career: dean of the University of Virginia School of Medicine, James Carroll Flippin Professor of Medical Science, and chief health affairs officer for UVA Health.

Kibbe comes to UVA from her role as the Colin G. Thomas Jr. Distinguished Professor and chair of the Department of Surgery at the University of North Carolina at Chapel Hill. She also held an appointment in the Department of Biomedical Engineering.

“When I was hired to UNC, I told my boss that I eventually wanted to lead a school of medicine,” said Kibbe, who joined UNC in 2016 when she became the first woman to serve as the chair of the Department of Surgery and a key member of the UNC Health senior leadership team. “So being a dean is something I’ve always wanted to do. When I saw the opportunity here at UVA, I knew the School of Medicine had an incredible reputation. Also, I knew the people here were outstanding, starting with the leadership team of President Jim Ryan, Provost Liz Magill, and EVP for Health Affairs Dr. K. Craig Kent. That just sold me, and I knew this was the place I wanted to be.”

As dean and chief health affairs officer, Kibbe leads the School of Medicine faculty in all four missions, including clinical strategy and growth, expansion of research in collaboration with other UVA schools, the promotion of educational programs of the highest caliber, and developing partnerships with the community. (To learn more about what she hopes to accomplish in her first 100 days as dean, read Kibbe’s inaugural post in the Dean’s Office Blog.)

“I think it’s really important for me to continue to serve as a role model to others,” Kibbe said, particularly as a woman in a field that is still mostly male-dominated. “I could never give up my clinical or research side. Those are two totally different worlds, but they’re incredibly important to me, and they’re part of my identity.”

And as if Kibbe weren’t busy enough, she will also continue to serve as editor-in-chief of the “Journal of the American Medical Association (JAMA) Surgery.”

“If anything, being editor of the journal was a huge benefit for me when I was a surgery department chair because I actually knew the literature outside of my specialty,” Kibbe said. “So I do think that maintaining that role will help keep me abreast of the latest and greatest in the surgical world now that I’m starting as dean.”

Outside of work, Kibbe is a self-described “sci-fi/fantasy nerd.”

Kibbe may get some of that interest from her father, a nuclear engineer whose background, she said, likely inspired her to enter the medical field. But there’s another reason.

“I’m often asked why I became a physician and surgeon,” Kibbe said. “I was diagnosed with scoliosis when I was a freshman in high school. I had a pretty severe curvature and ended up requiring surgery. My experience with the surgeon who treated me really drew me to medicine. I just thought it was the coolest thing that he could operate on me and help fix me.”

Joining Kibbe in Charlottesville is her husband, Marco Patti – an internationally known gastrointestinal surgeon who has extensive expertise in the surgical treatment of esophageal disorders, including gastroesophageal reflux disease, achalasia and esophageal cancer. Kibbe and Patti have two cats, Rocco and Sophia, and a Golden Retriever puppy named Enzo.

“Marco and I are so delighted to join this wonderful community,” Kibbe said. “I can’t wait to work with all of the talented people at the UVA School of Medicine and our partners across the University and in the community to build on UVA’s outstanding foundation of world-class patient care, research and education.”