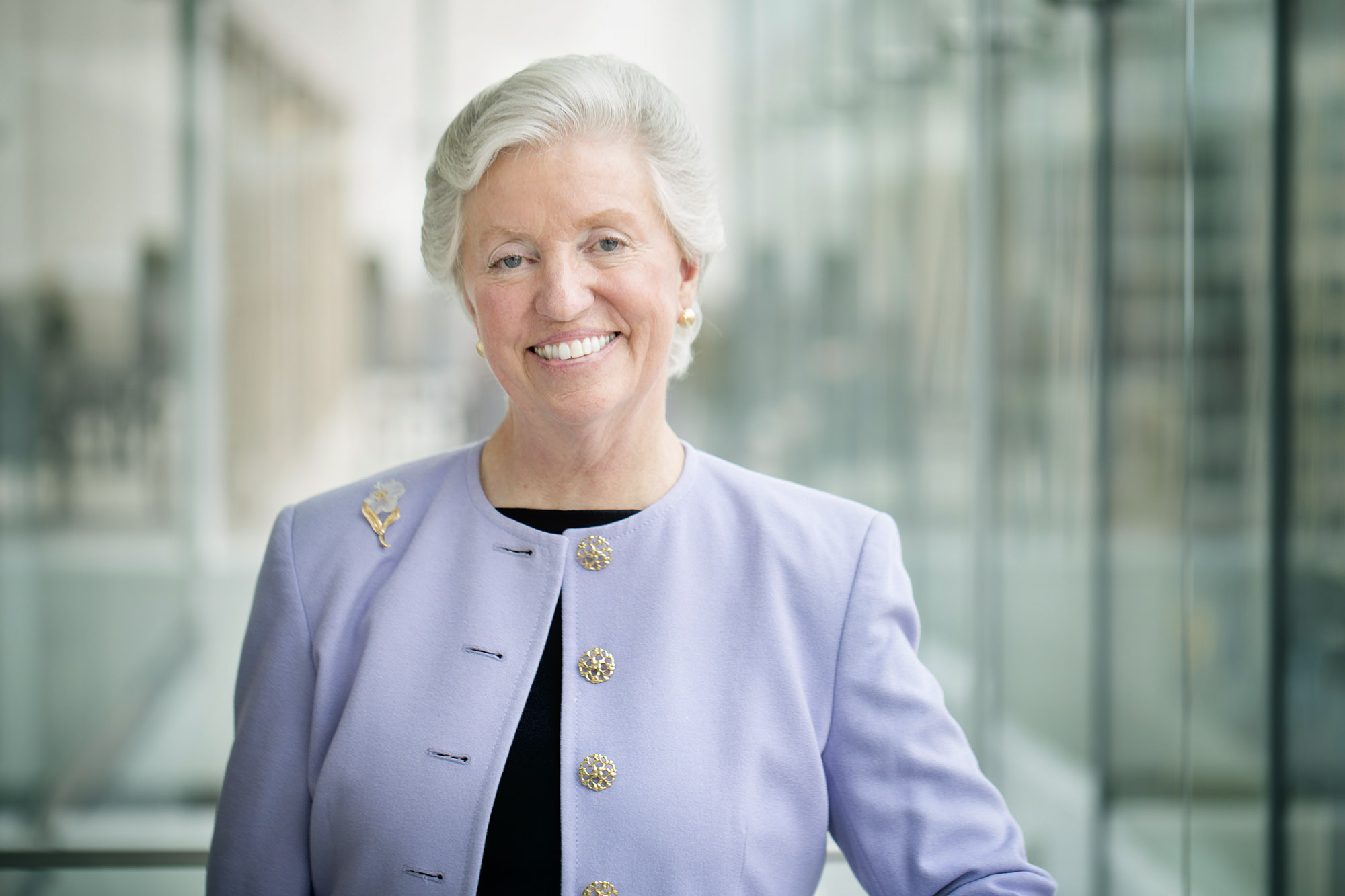 The University of Virginia’s School of Nursing today announced a $5 million gift from The Pew Charitable Trusts to create the Rebecca W. Rimel Dean’s Chair.

The position honors Rimel, a 1973 graduate of the school, who recently stepped down as president and CEO of The Pew Charitable Trusts after a 36-year career. The gift is among the largest ever to the School of Nursing and will combine with matching funds from the University to create an endowed deanship that will attract and support exceptional leaders to the School of Nursing for years to come, UVA President Jim Ryan said.

“The Rebecca W. Rimel Dean’s Chair will have an indelible and profound impact on the School of Nursing, the University and the field of nursing itself,” Ryan said. “Only a few schools at the University have endowed deanships, and it is rare for a school of nursing to have a dean’s chair endowed through a charitable donation. We are grateful to The Pew Charitable Trusts for their gift honoring Rebecca’s transformative guidance of their organization. It is impossible to imagine a more appropriate tribute.”

“Pew’s Board of Directors are incredibly grateful for Rebecca’s many contributions during her tenure as CEO,” Robert H. Campbell, chair of Pew’s board, said. “As she prepared to step down, we considered many ways to create a lasting testament to her impact, and a named chair at UVA’s School of Nursing was the perfect opportunity.

“Rebecca’s commitment to improving the health of the public is an important and inspiring aspect of her career. We are very pleased to support her lifelong commitment to nursing, to UVA and to public service.”

After receiving her Bachelor of Science degree, with distinction, from the School of Nursing, Rimel, a Charlottesville native, went on to become head nurse of the emergency department at the University of Virginia Hospital. She was the first nurse to hold a faculty position at the UVA School of Medicine, serving as an assistant professor in the Department of Neurosurgery, and wrote numerous scientific articles on head injury. She is the recipient of the Distinguished Nursing Alumni Award from UVA and the UVA Women’s Center Distinguished Alumni Award. She was also awarded a Kellogg National Fellowship, a four-year professional enrichment opportunity for emerging leaders. 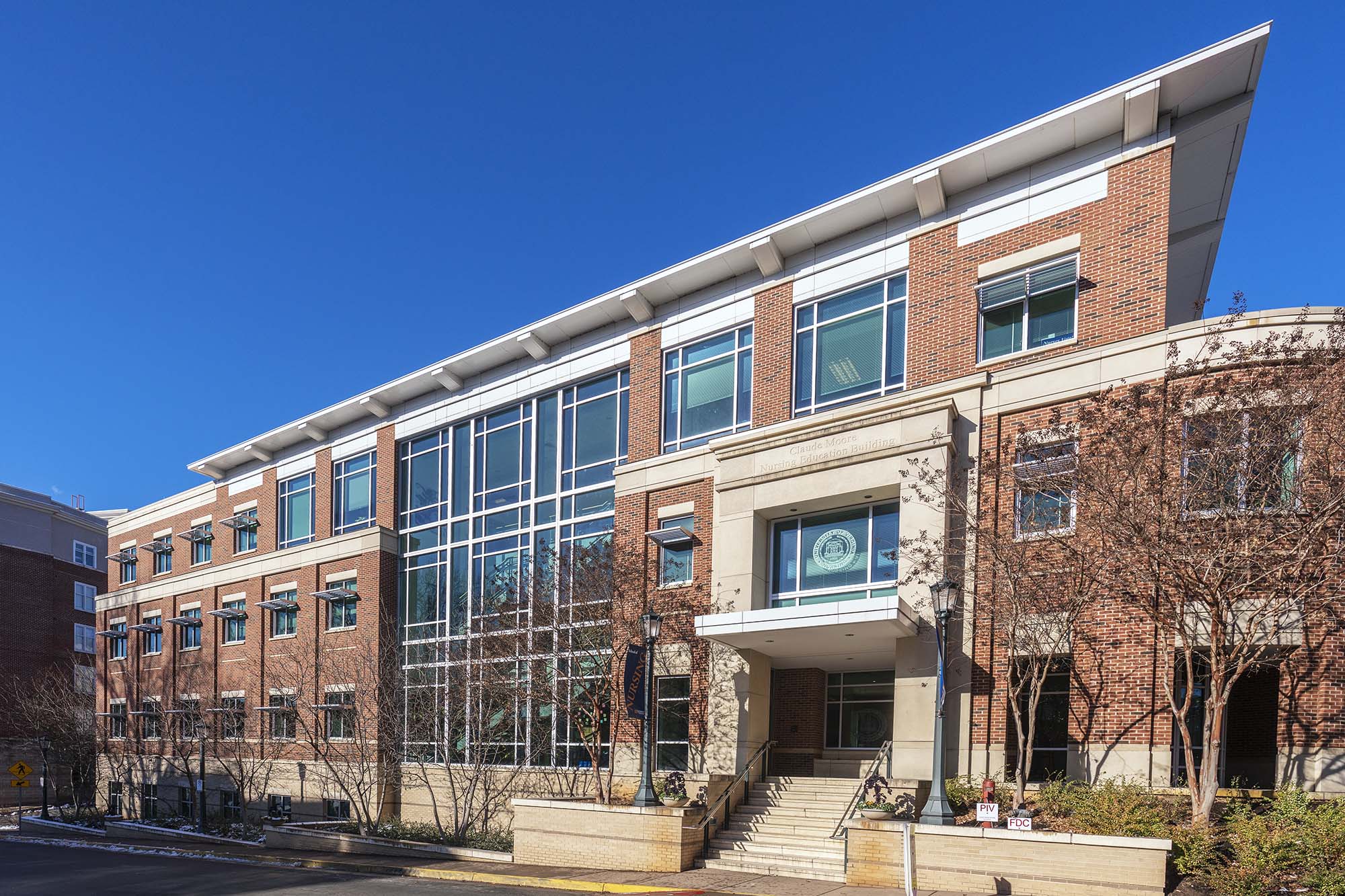 “This incredible gift will have an enduring effect on the future students who will follow in Rebecca’s footsteps here at UVA,” said School of Nursing Dean Pam Cipriano, the Sadie Heath Cabaniss Professor of Nursing. “The investment by The Pew Charitable Trusts to establish this dean’s chair will ensure the transformational educational experience that we are known for will continue for generations to come. We offer our appreciation to Pew and our distinguished alumna Rebecca for this gift.”

“Pew’s bold and generous commitment creates an enduring legacy,” said Dr. K. Craig Kent, executive vice president for health affairs. “This chair strengthens our ability to shape the future of the nursing profession through the recruitment of outstanding deans who will sustain the level of excellence that has been characteristic of the UVA School of Nursing. We are incredibly proud that the individual that leads our School of Nursing will hold this distinguished deanship in Rebecca Rimel’s name.”

Prior to joining Pew in 1983, Rimel earned a Master of Business Administration from James Madison University. Hired as one of Pew’s first staff members with specific expertise, she initially oversaw health care projects such as the Pew Scholars Program in the Biomedical Sciences. One of the first of its kind in the field, the program supports the research of young, promising biomedical scholars, and has produced three Nobel laureates to date.

Rimel became executive director of Pew in 1988 and then president and CEO six years later, a position she held until June 30. During her tenure, she worked with the board to steward Pew from a grant-making organization to become one of the nation’s most innovative and influential public charities. Beginning in 2002, under Rimel’s leadership, Pew began to build a staff of subject experts, expand offices in Washington, D.C., and open new ones abroad to more effectively collaborate with other partners to meet societal challenges. Pew now joins with a diverse range of donors, public and private organizations and concerned citizens who share a commitment to rigorous, fact-based solutions and goal-driven investments to improve society and public policy.

Based in Philadelphia, Pew maintains deep roots there, working on health and human services, the arts and other activities. Its Washington, D.C., office focuses on the environment, state policy, public health and national economic issues. The Pew Research Center, an internationally known public opinion research center, is a subsidiary of The Pew Charitable Trusts.

Rimel credits the education and training she received at the School of Nursing for giving her the necessary skills for a challenging and productive career. 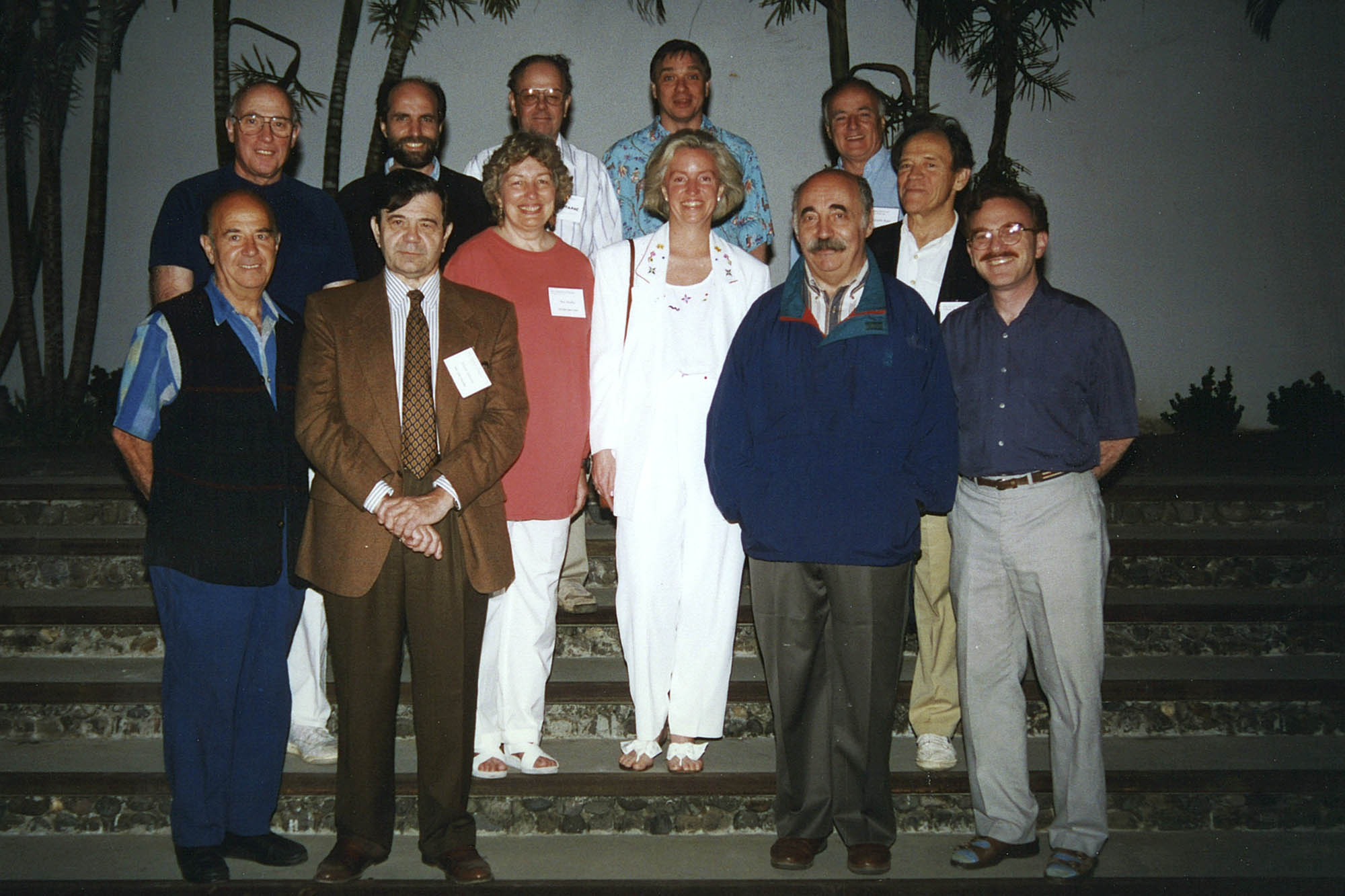 “I think the best preparation one could have for management is working the 11 to 7 shift in the emergency room,” she said, adding that a nurse carries his or her training for life. “I certainly have. It’s really been the source, not only of pride, but of motivation and direction. The training that I received not only helped me, but also gave me a very important perspective about empathy and caring. Those are key traits that all nurses share.

“I can’t think of anything that will continue to give me more joy than to be a part of something that will give back to future generations of nurses.”

Recognized among the nation’s best, UVA School of Nursing offers dynamic and innovative programs for nurses at every professional stage. According to U.S. News & World Report’s Best Graduate Schools for 2021, the school is ranked No. 15 in the nation and No. 8 among public universities for master’s and specialty certificate programs, including its No. 1-in-the-nation Clinical Nurse Leader program, its No. 10 Doctor of Nursing Practice–Family Nurse Practitioner program, and its No. 17 Doctor of Nursing Practice Program. The school currently enrolls 833 students at the bachelor’s, master’s and doctoral levels and produced 267 graduates in 2020. Nearly three in 10 students are from underrepresented/minority backgrounds.

A Giant ‘Thank You,’ a Dose of Optimism and Bonus Good News END_OF_DOCUMENT_TOKEN_TO_BE_REPLACED

A Year We Will Never Forget: 2019-20 in Review END_OF_DOCUMENT_TOKEN_TO_BE_REPLACED