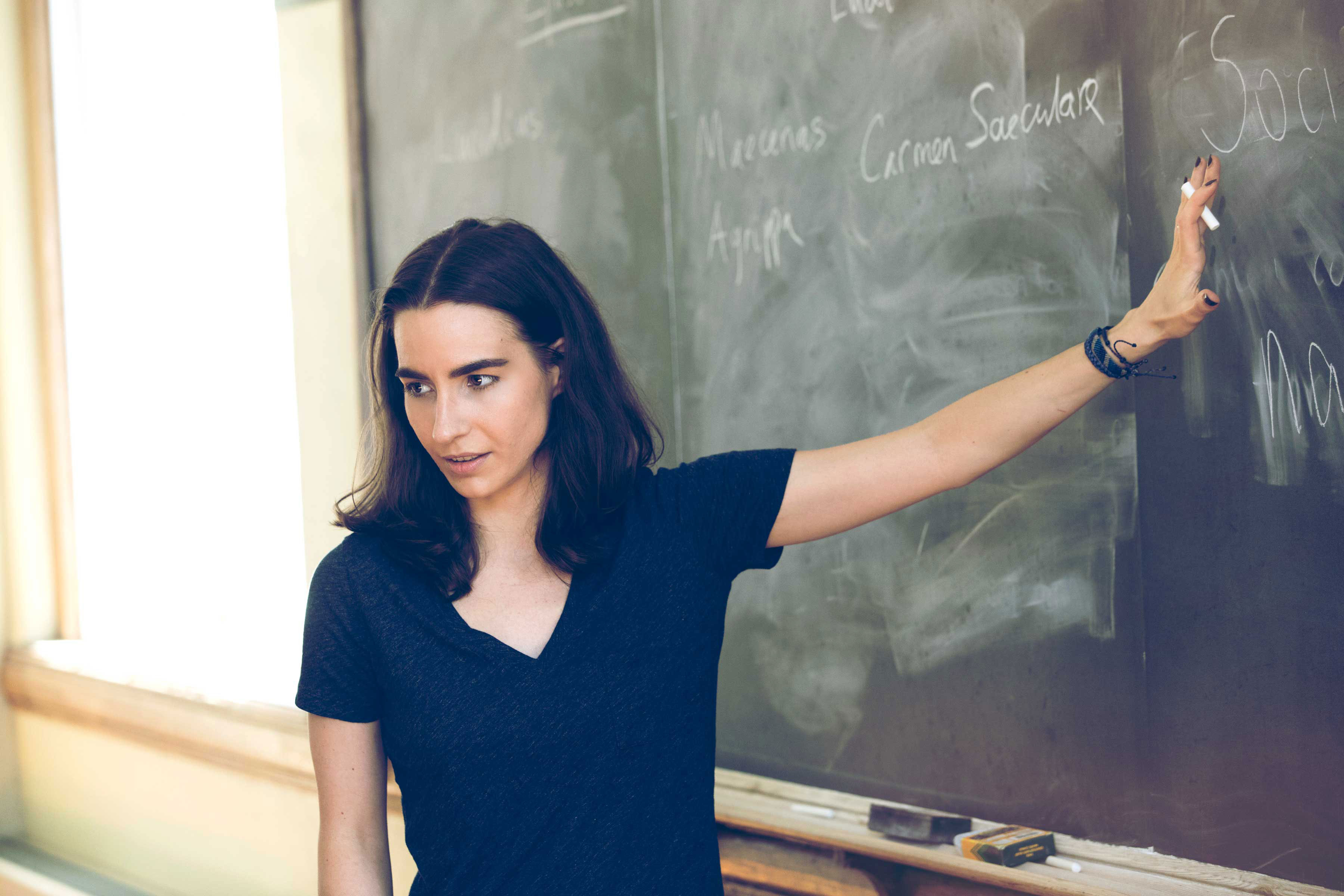 There are many University of Virginia students who would tell you that their time on Grounds is preparing them to “live a good life.” But what does that mean? Is there any universal measurement of “good”?

Elizabeth Barnes wants to know. The associate professor and director of graduate admissions for UVA’s Corcoran Department of Philosophy challenges her students to go beyond their preconceived notions about what is good and valuable in life.

Originally from North Carolina, Barnes came to UVA in 2014 after eight years of teaching at the University of Leeds in the United Kingdom. She specializes in metaphysics, social philosophy and feminist philosophy, and has spent most of her academic career questioning social norms and what it means to be “other.”

This semester, she’s addressing those questions with students in her course on the philosophy of well-being. Some days, the class discussion has personal meaning for Barnes. 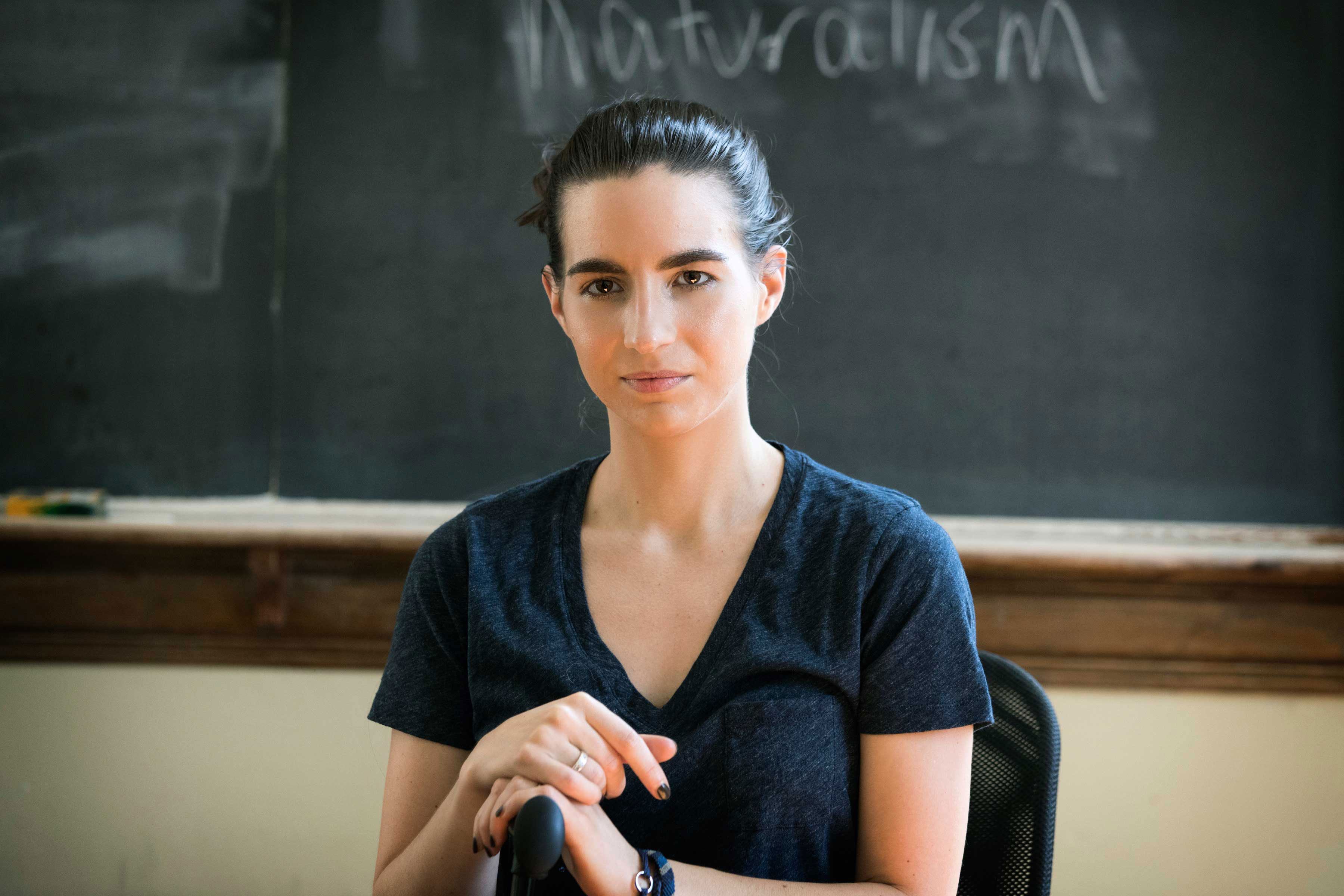 Barnes lives with a disability that can affect mobility, and that experience made her extremely frustrated with the callous and sometimes even cruel way that disability is addressed in philosophical contexts. She explained that many existing philosophical theories surrounding disability assume that life as a disabled person is necessarily worse, rather than merely different from, life as a non-disabled person.

“One of my major backgrounds is in feminist philosophy and one of the take-home lessons of feminism has been that the personal is political,” Barnes said. “I think the personal is philosophical as well, and that was a major impetus for me to make disability part of my research.”

Barnes shares that research and her own reflections on the philosophy of disability in her new book, “The Minority Body: A Theory of Disability,” which published in June. In it, she argues that disability is primarily a social phenomenon and another way of being a minority. She combats the common philosophical stance that being disabled is inherently sub-optimal and suggests that the true disadvantages of being disabled actually stem from external social oppression.

“I think that there’s, in a certain sense, an important conversation about disability within philosophy [that] has very much been guided by, in a lot of cases, false assumptions about disability,” she said.

Barnes calls on students to challenge these kinds of assumptions about disability and many other aspects of the human condition. In her course, “Sex, Sexuality and Gender,” she has students tackle complex categorization issues like sexual orientation and the difference between sex and gender.

As part of this course and many others she’s taught previously, Barnes requires students to take the philosophical arguments they discuss in class and apply them to current news and events. So far this semester, her pupils have worked to use philosophical reasoning to understand various issues in higher education, the creation of so-called “bathroom bills” and modern debates about freedom of religion and freedom of expression.

“One of the things I want my students to see is how philosophical reasoning can help them think through contemporary moral and legal issues,” she said.

Armed with the analytical tools of philosophy, Barnes hopes her students will continue asking questions throughout their lives and challenging the status quo.

“I want my students to think carefully and critically about the social categories that are going to shape their lives,” she said. “Everybody has a gender. Everybody has a race. Most people are going to be disabled at some point before they die. Everybody has a sexuality. These are parts of what it is to be human. That kind of critical engagement can often lead students to want to work for a better world and I think that’s really valuable and important.”