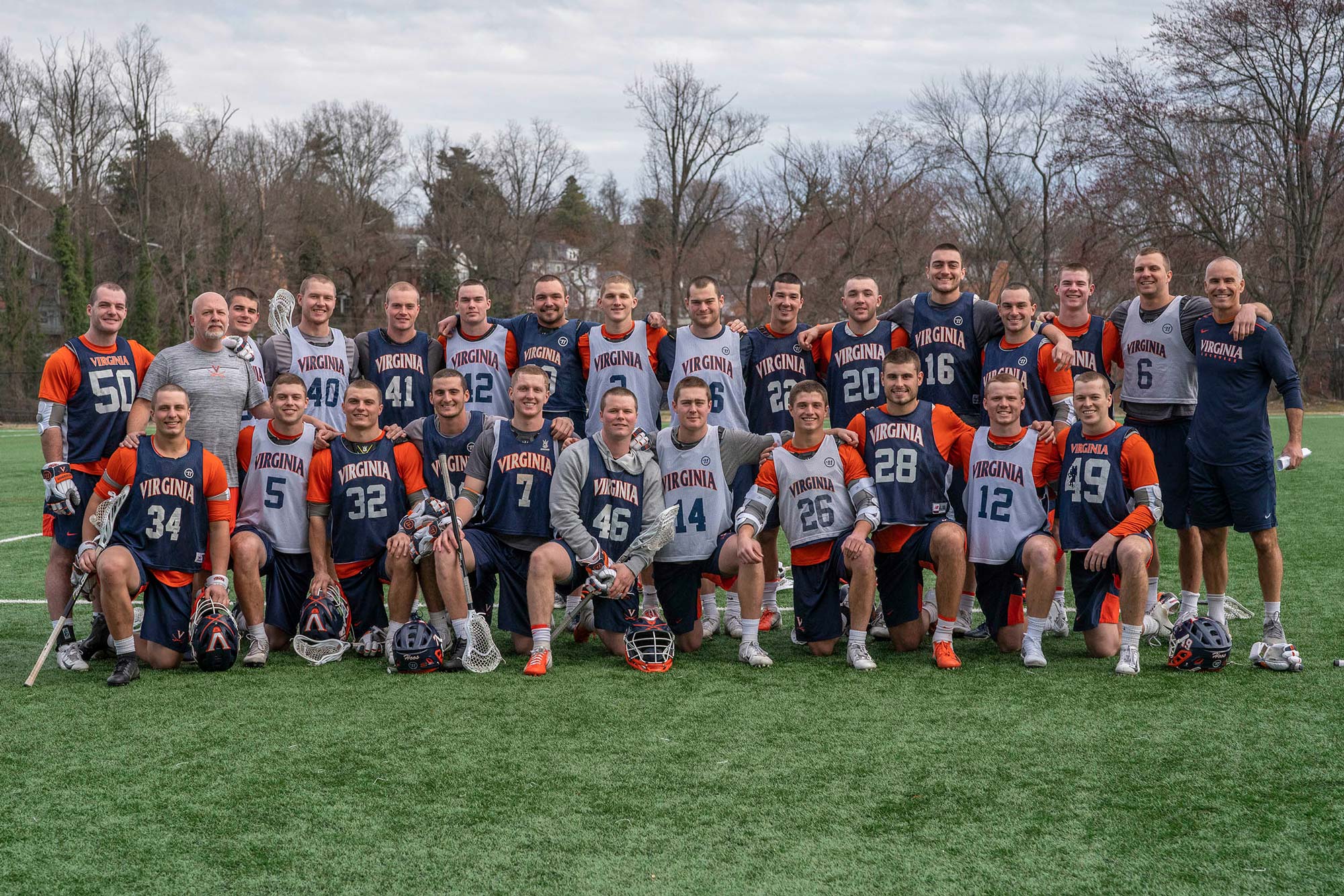 As of Tuesday’s practice, about 30 members of the UVA lacrosse team were sporting closely cropped hairdos. (Photo by Sanjay Suchak)

The University of Virginia men’s lacrosse team has raised $30,000 and counting in less than three days for cancer research – and all it took was a pair of clippers.

On Tuesday afternoon, 30 players showed up to practice with freshly buzzed noggins, part of a fundraiser started by the Brown University team, whom UVA plays on Sunday afternoon.

As part of the fundraiser, a group of anonymous donors have pledged $1,000 on behalf of every college lacrosse player who shaves his head.

So far, more than 70 programs from around the country, including UVA, have joined the cause.

“Really, how do you say no?” UVA head coach Lars Tiffany said. “I feel fortunate to be the coach of a group of men who were excited to do it. There was so little to do, yet we could provide so much good – just by giving up some hair.”

Tiffany himself took part. While he typically sports a closely cropped do, he said he went “a little tighter” this time.

One of the players to chop the most was fourth-year Wade Maloney, whose hair was shoulder-length.

“He gave in and cut it all off,” said UVA third-year Ryan Pride, smiling. “It was great to see that.”

The college lacrosse community is a tight-knit one – so when UVA team members learned that Brown player Tommy Hale had started a foundation with teammates called Lacrosse for Life to raise money and awareness for cancer research at Boston Children’s Hospital, they didn’t hesitate to join in, even after they found out that their show of support would include shaving their heads.

“Our mission here is to create difference makers and leaders, to create men who are empathetic for others and who will do things for others throughout their lives,” said Tiffany, whose “Cultural Thursdays” program has  been geared toward just that. “This was just one fantastic and relatively easy opportunity for us.”

Following the team’s 15-5 win over the Air Force Academy on Sunday, players met up at an off-Grounds house where several of the team’s fourth-year students live and picked up their razors.

“We did it as a whole group, which was really nice,” Pride said.

“I think the mindset of a lot of us was that it was just too much money to give up for something of yours that is just going to grow back – especially when it’s for a cause like cancer that is causing so much pain for someone else,” fourth-year Luke Brugel said. “Losing your hair is not as painful a sacrifice as what they’re going through.”

Tiffany said there could still be more players who wind up shaving their heads in the coming days, which could push the total closer to $40,000.

Tiffany smiled at the thought of all the players who will have shaved heads when the teams play Sunday.

“It’s a wonderful coincidence,” he said, “that we’ll be playing them.”