Hoos Ready for Some Hoops? Here’s the Reigning Champs’ 2020-21 Schedule 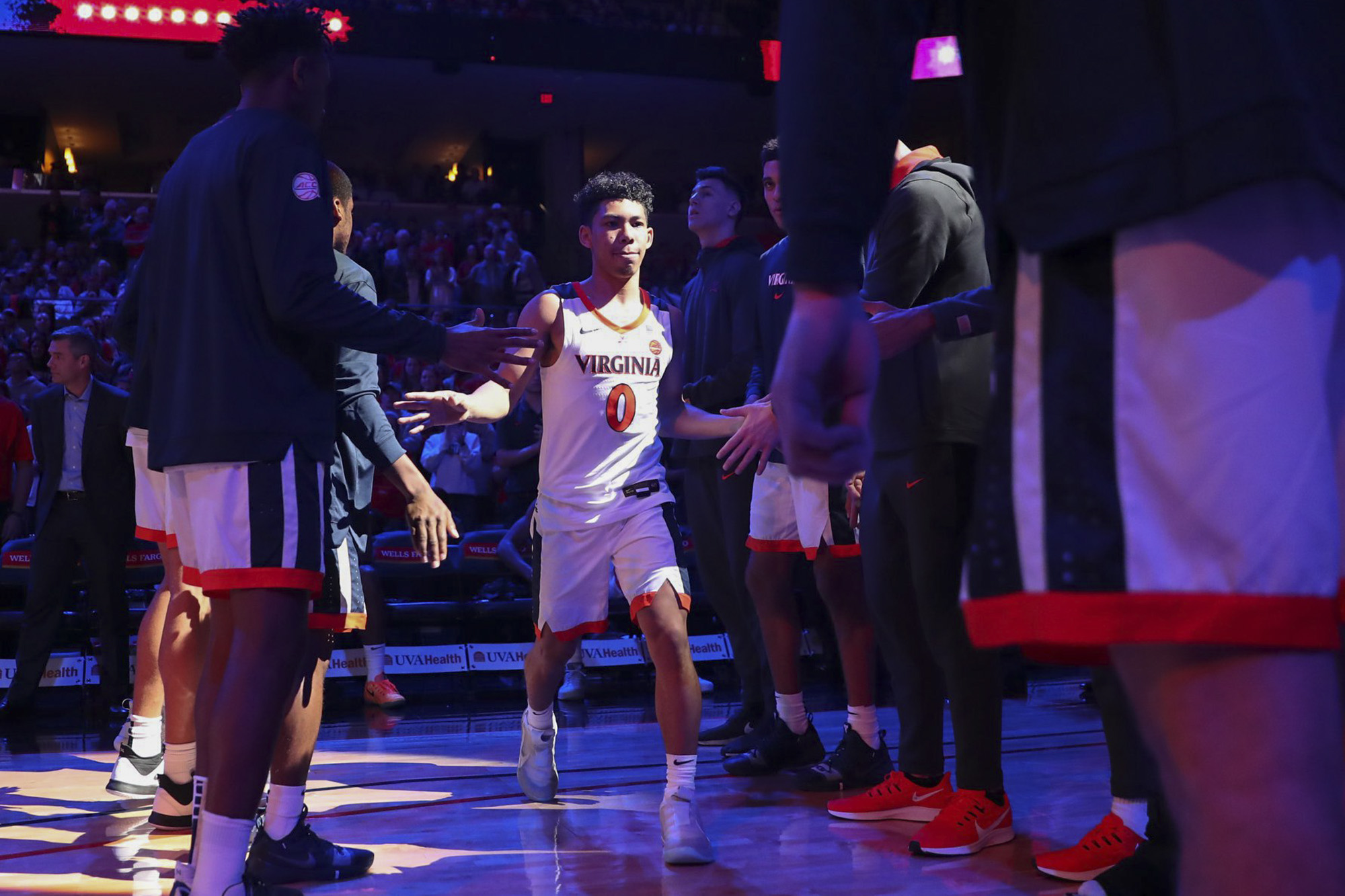 University of Virginia basketball senior Jay Huff said on Monday that if last season hadn’t been cut short by the pandemic, he believed UVA had a “legitimate” chance of repeating as national champions.

At the time the season was halted, the Cavaliers had won eight consecutive games and seemed to be hitting their stride.

“The way we were playing, I think we would have surprised some people,” Huff said.

Unfortunately, that team – which featured 2019 hero Mamadi Diakite – will never know if it was really good enough to repeat.

But 19 months after winning the school’s first NCAA championship in the most dramatic of fashions at the 2019 Final Four in Minneapolis, the Hoos can still take great pride in calling themselves the reigning champs.

On Tuesday, UVA’s quest toward another title began to take shape with the unveiling of the 2020-21 schedule. The Cavaliers enter the season ranked No. 4 in the nation in the Associated Press preseason poll, which was released Monday.

“I hope there is some carryover [from the end of last season], because they were playing good basketball,” Virginia head coach Tony Bennett said. “But you do have a different team.”

The 7-foot-1 Huff, who came into his own last season and wound up testing the NBA Draft waters before opting to return to Grounds for his final year of eligibility, believes the late-season surge will pay dividends.

“I think there is some momentum that we can maintain and should maintain, especially the guys who were here,” he said. “Bringing along the younger guys I think will be a big task, and they’re doing really well. … They’re light years ahead of where I was.

“I’m proud of them for how they’ve come in during such a weird time in history, and in basketball, and have been able to keep up as well as they have.”

The Cavaliers’ seven-game nonconference slate is highlighted by a Dec. 9 home game against No. 13 Michigan State University in the ACC/Big 10 Challenge and a tilt with No. 3 Villanova University at Madison Square Garden on Dec. 19. The game against Michigan State will pit UVA senior transfer Sam Hauser against his younger brother, Joey, a forward for the Spartans.

UVA begins a 20-game ACC season Dec. 16 at Wake Forest University and travel to the University of Notre Dame on Dec. 29 or 30 before opening the home ACC campaign Jan. 2 against in-state rival Virginia Tech. The Hoos and Hokies square off again in Blacksburg on Jan. 30.

The Cavaliers host the University of North Carolina on Feb. 13, play at Duke University on Feb. 20 and conclude their regular season at home, just like they did last season, against Louisville on March 6.

Check out the full schedule here.

UVA will abide by current guidelines for sports venues provided by the Commonwealth of Virginia under the “Forward Virginia” plan that currently allow for 1,000 patrons to attend games at John Paul Jones Arena.

Season ticket-holders and UVA students will receive communication directly from the UVA Athletics Ticket Office about ticket plans for the season.

How has Bennett handled all the uncertainty about the season stemming from the pandemic?

“There’s a good verse in the Bible that says, ‘Worry about today, for tomorrow has enough trouble of its own,’” Bennett said. “So we’re just taking it really like every coach would tell you – get as good as we can, with the ways that we can, and prepare and be hopeful. You know, really being hopeful for what could be.”

Ahead of Thanksgiving, Hoos Look Back With Gratitude END_OF_DOCUMENT_TOKEN_TO_BE_REPLACED

The Cavalier Marching Band Marches On – Even When Apart END_OF_DOCUMENT_TOKEN_TO_BE_REPLACED