’Hoos ‘Survive and Advance’ – to the Delight of UVA Fans 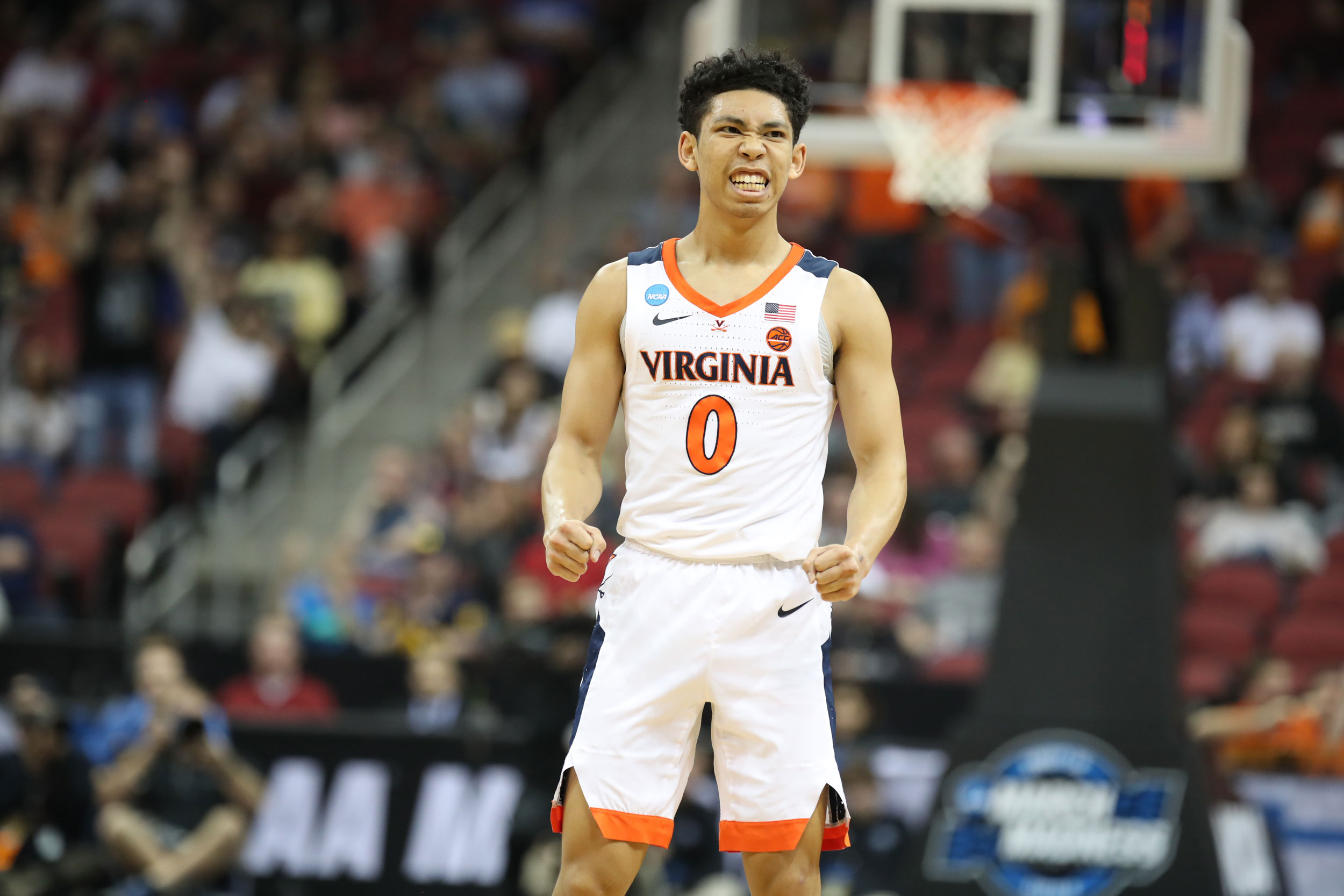 As University of Virginia men’s basketball coach Tony Bennett said in the moments afterward, it wasn’t a masterpiece – but the ’Hoos survived and advanced.

Up next: Purdue University.

For fans who couldn’t stay awake for the ’Hoos 53-49 win over Oregon in the NCAA Tournament’s Sweet 16 on Thursday night that didn’t end until 12:31 Friday morning, here’s a look back at how the game unfolded – on Twitter.

Former UVA football star Chris Long was able to find humor in the game’s delayed start time. Due to Purdue and the University of Tennessee going into overtime, the ’Hoos – to the frustration of many fans – didn’t tip off until 10:34 p.m.

The 20 minute nap I took is not going to offset the sleep I’m losing for this game.#uva

After a slow start, UVA started to find its groove toward the end of the first half, which led to this gem from the UVA Athletics account following a Mamadi Diakite dunk.

Virginia took a 30-22 lead into halftime.

Early in the second half, Diakite and Oregon’s Ehab Amin became entangled, with Amin taking an exaggerated fall backward.

On the flop scale, that was Ishtar

Congrats to Oregon on their technical foul pic.twitter.com/wZ0LORntzB

The game was back-and-forth, with neither team able to pull away.

Right now Vegas is taking bets on how long it will take me to fall asleep after this game. Current o/u is 2 hours and 17 minutes.#GoHoos

But a clutch Ty Jerome 3-pointer gave UVA a 48-45 lead with under four minutes to play and UVA’s stingy defense did the rest – to the delight of Wahoo Nation. The celebration was on!

Wahoowa! On to the #Elite8 @UVA pic.twitter.com/ix1tHlHqRF

Kihei Clark is THE story of Virginia’s tournament so far. Amazing grit, and taking this team into the Elite 8. #GOHOOS

If any of you Hoos are still up in 4 hours like me because your heart is still racing feel free to contact me via twitter on the Wahoo support line. #GoHoos #Wahoowa