Implosion of University Hall Set for May 25 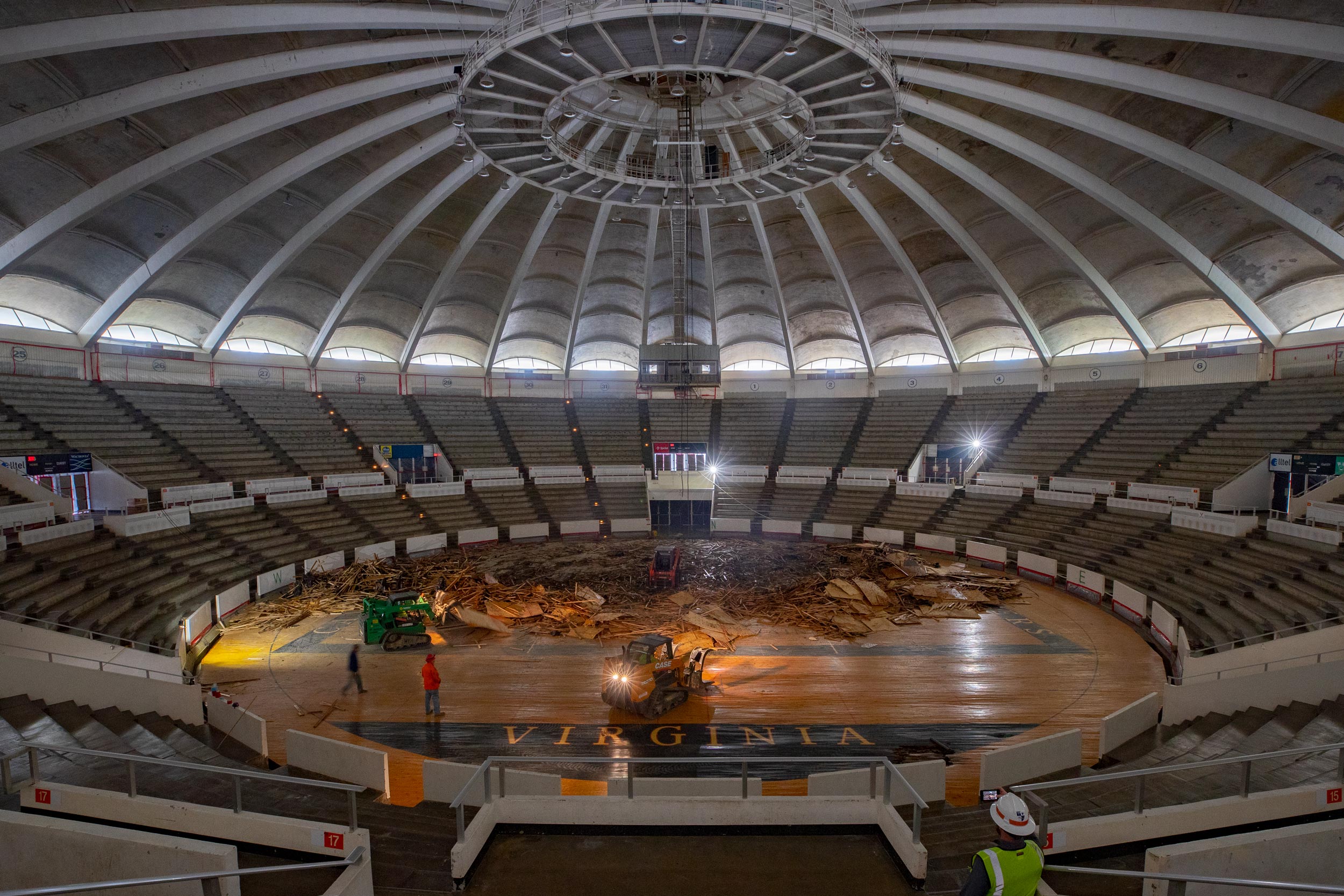 The implosion of University Hall, the former home of the University of Virginia’s men’s and women’s basketball programs, is set for May 25 at 10 a.m.

The demolition is part of the first phase of the Athletics Master Plan. Two buildings adjacent to University Hall, Onesty Hall and the Cage, already have been demolished.

On May 25, a safety perimeter will be established around the area and will include the closure of Massie and Copeley roads, starting at 5:30 a.m. and lasting until late afternoon or early evening. Emmet Street will remain open.

Residents of the area can expect a loud noise that will last several seconds at the start of the implosion.

The University will webcast the event on Facebook Live @VirginiaCavaliers.

The demolition and implosion process is being managed by Renascent, an industry leader in demolition, abatement and recycling. Renascent has completed the abatement of the asbestos that was in University Hall.

University Hall opened in 1965 and hosted concerts and special events in addition to UVA men’s and women’s basketball games. The facility was closed to the public in 2015. Before the demolition process began, several UVA students, faculty and staff members documented the building with 3-D data acquisition and still cameras to ensure a record exists for future study and reproduction.

For information on the Athletics Master Plan, visit VirginiaSportsMP.com.

What’s Next for UVA’s Class of 2022? END_OF_DOCUMENT_TOKEN_TO_BE_REPLACED