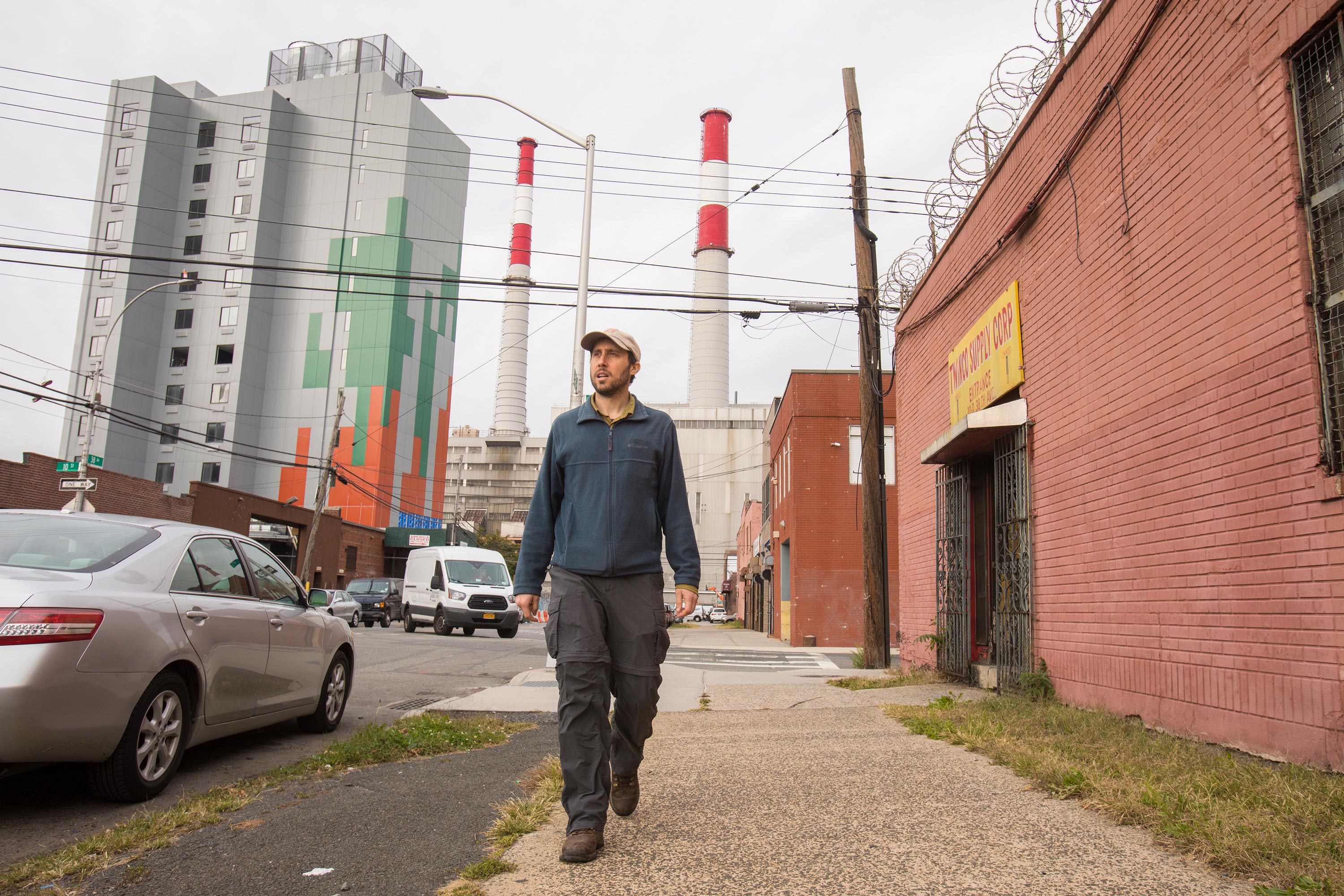 In case you were wondering, Google Maps’ walking directions will indeed get you all the way across the country.

“I’m alive,” Green said, chuckling when asked how accurate the mapping service was. “There were times when a road gave out or just didn’t exist anymore, but it worked.” 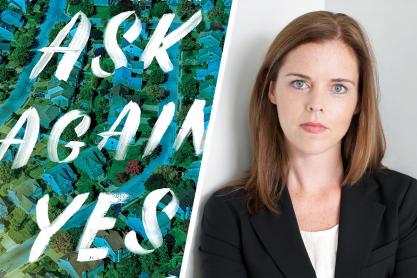 Green, who earned bachelor’s and master’s degrees from UVA’s School of Engineering and Applied Science, walked from Rockaway Beach, New York to Rockaway Beach, Oregon in 2010, a feat that took five months. His used Chicago – and his brother’s home there – as a midpoint before turning north to go through Fargo, North Dakota on his way to the left coast, camping all along the way.

Now, he is tantalizingly close to completing a second major quest – walking every block of New York City’s five boroughs.

Green, who housesits, pet sits or stays with friends each night to keep expenses down, originally estimated that New York had about 8,000 miles of roads and pathways, more than double the 3,100 miles of his cross-country walk. It turned out to be even more. He has walked about 9,200 miles and has a few hundred left, mostly newly built roads or paths.

The feat has taken him almost eight years – and earned him a feature role in a documentary, “The World Before Your Feet,” that was released in theaters last year and is now streaming on Amazon Prime.

Green’s close friend, Jeremy Workman, directed the film after persuading Green to let him tag along with a camera. In his director’s note, Workman, who was the only cameraperson with Green, said the experience changed how he sees the city.

“By walking with Matt, you’re forced to take note of everything around you,” he said. “Matt stops and notices things that I’d routinely miss: historical details, street signs, animal life, plant life, the fabric of the city. I almost felt like I had blinders removed from my eyes.”

That, according to Green, is the beauty of walking. It’s not about completing a quest or getting to a certain destination; it’s about what you see along the way. 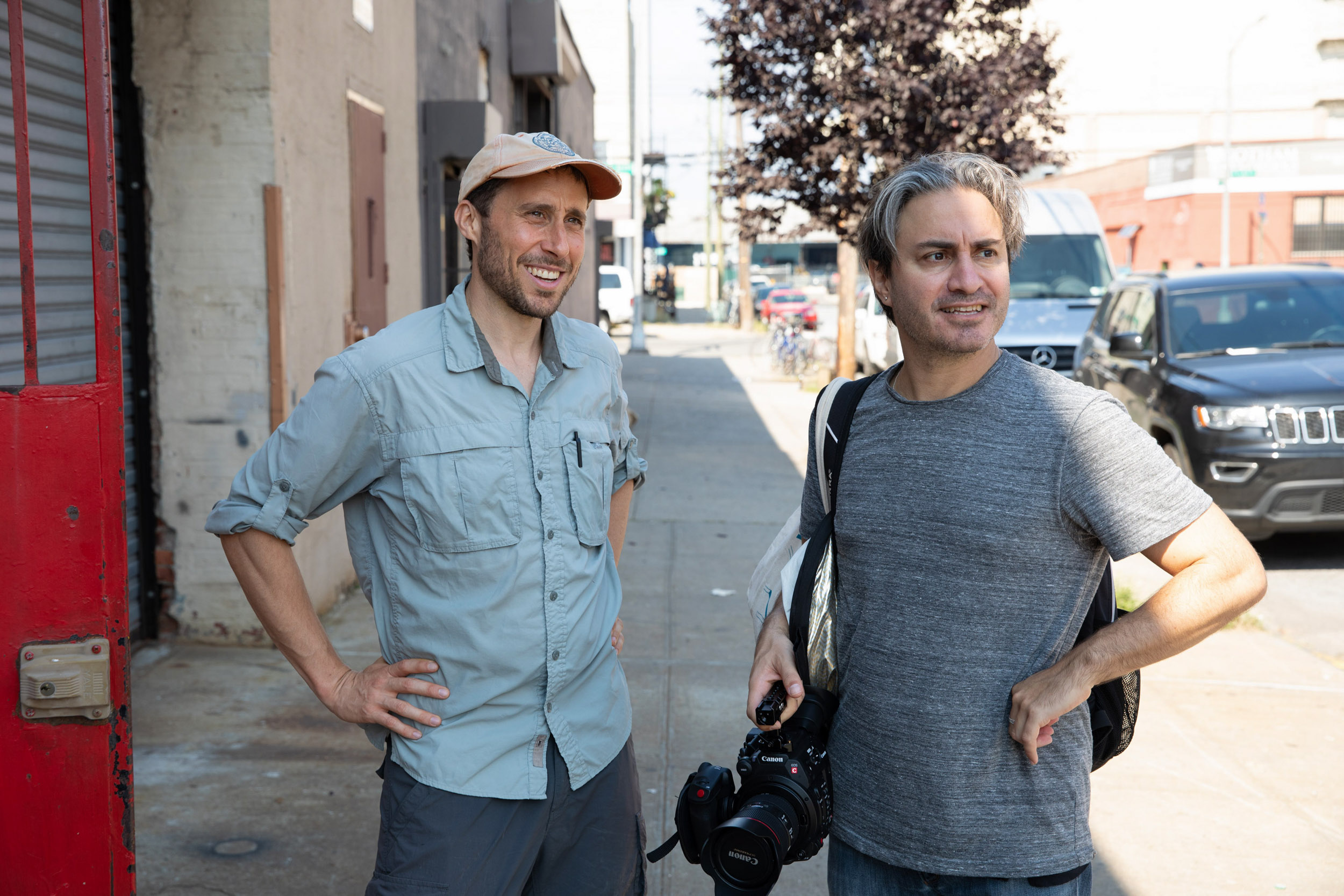 Green, left, with his good friend Jeremy Workman, who convinced him to allow a camera on his walks. (Photos by Michael Berman, courtesy of Greenwich Entertainment)

“It’s a different way to see a place – you are not trying to pick the best of anything or see only the best spots,” he said, like you would when you visit a city for a weekend. “You’re moving so slowly. … You feel the weather, smell things, see plants, birds. It adds so much more texture to everything. To me, is just the most interesting way to be in the world.”

“Matt sees walking as a democratic practice. No neighborhood, no block is more important than the others; no person is more important,” said Garnette Cadogan, a fellow at UVA’s Institute for Advanced Studies in Culture and a fellow walker who met Green years ago, when Green got some publicity for breaking a subway record – reaching every station in New York City in a certain amount of time.

Since then, the two have walked together – in New York and in Charlottesville – on numerous occasions, often walking from sundown to sunup and covering intriguing destinations, like stunt performer Harry Houdini’s grave in Queens, strewn with cards and magic sets from well-wishers.

“To walk with Matt is to see someone that has this beautiful way of reaching and welcoming the world, and the world meets him there,” Cadogan said. “Matt has uncommon warmth and generosity, and he meets people on their own terms.” 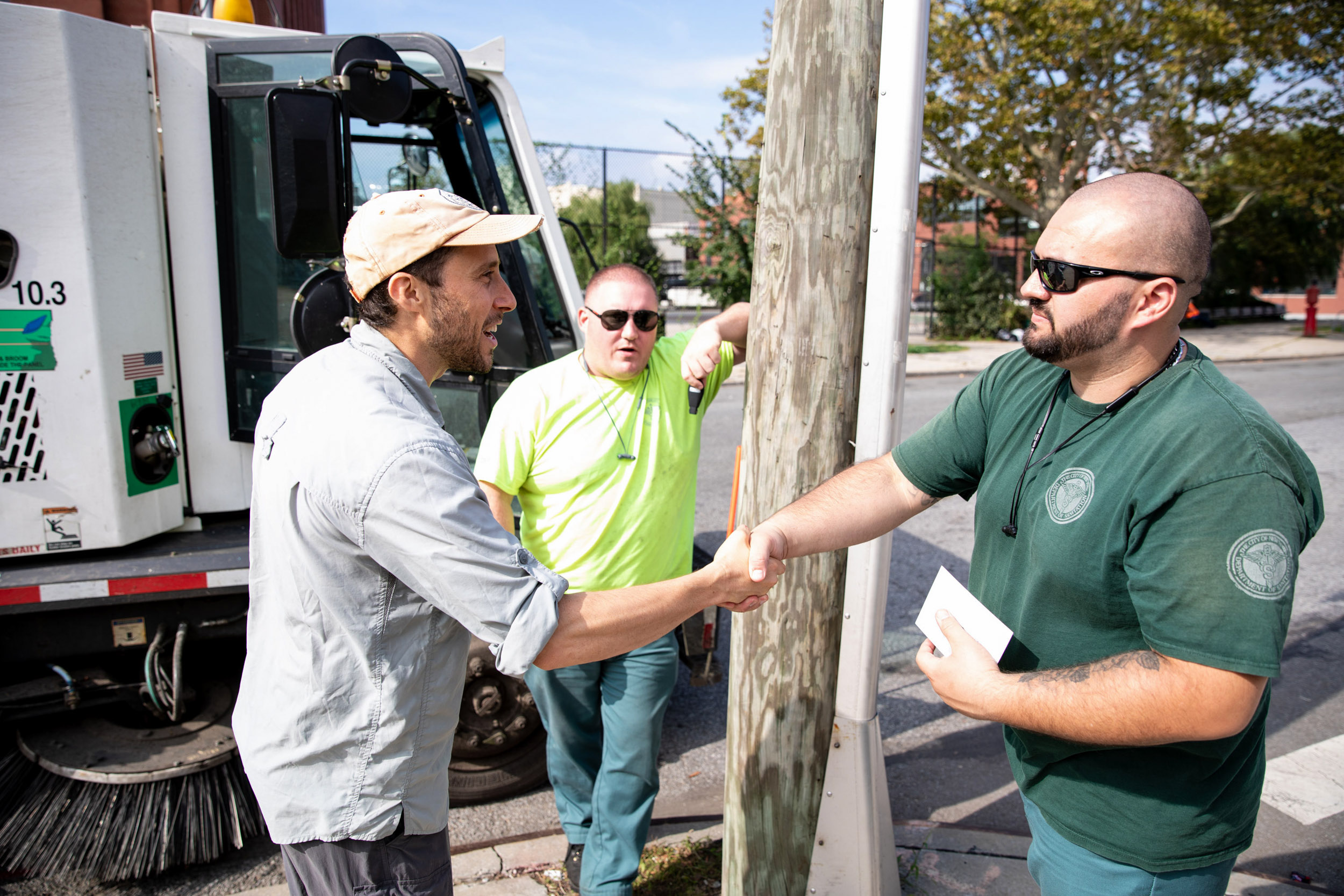 Of course, Green did not always spend his days walking. Like most UVA graduates, he went straight into the workforce, working for an engineering consulting firm. Five years in, he was not sure that civil engineering was for him. He described his job as just “fine,” but he realized that, though he was a capable engineer, he needed to shake things up.

When he did – and after walking all the way across the country – he realized that the freedom that came with walking – and the lack of personal possessions the lifestyle required – was right for him, even if it wasn’t right for others.

“I was happier than I had ever been in my life,” he said.

Brian Smith, chair of UVA’s Department of Engineering Systems and Environment, is not entirely surprised his former student has taken a different direction. Smith advised Green at UVA; Green described him as someone he still looks up to.

“Matt is a really smart guy; I always felt like it was difficult to challenge him academically,” Smith said. “I can’t say I’m shocked that he has taken a bit of a different road. I think it’s great.”

Green’s walks, Smith said, still incorporate many of the principles he emphasizes to his engineering students, particularly the idea of learning from each community and its needs. 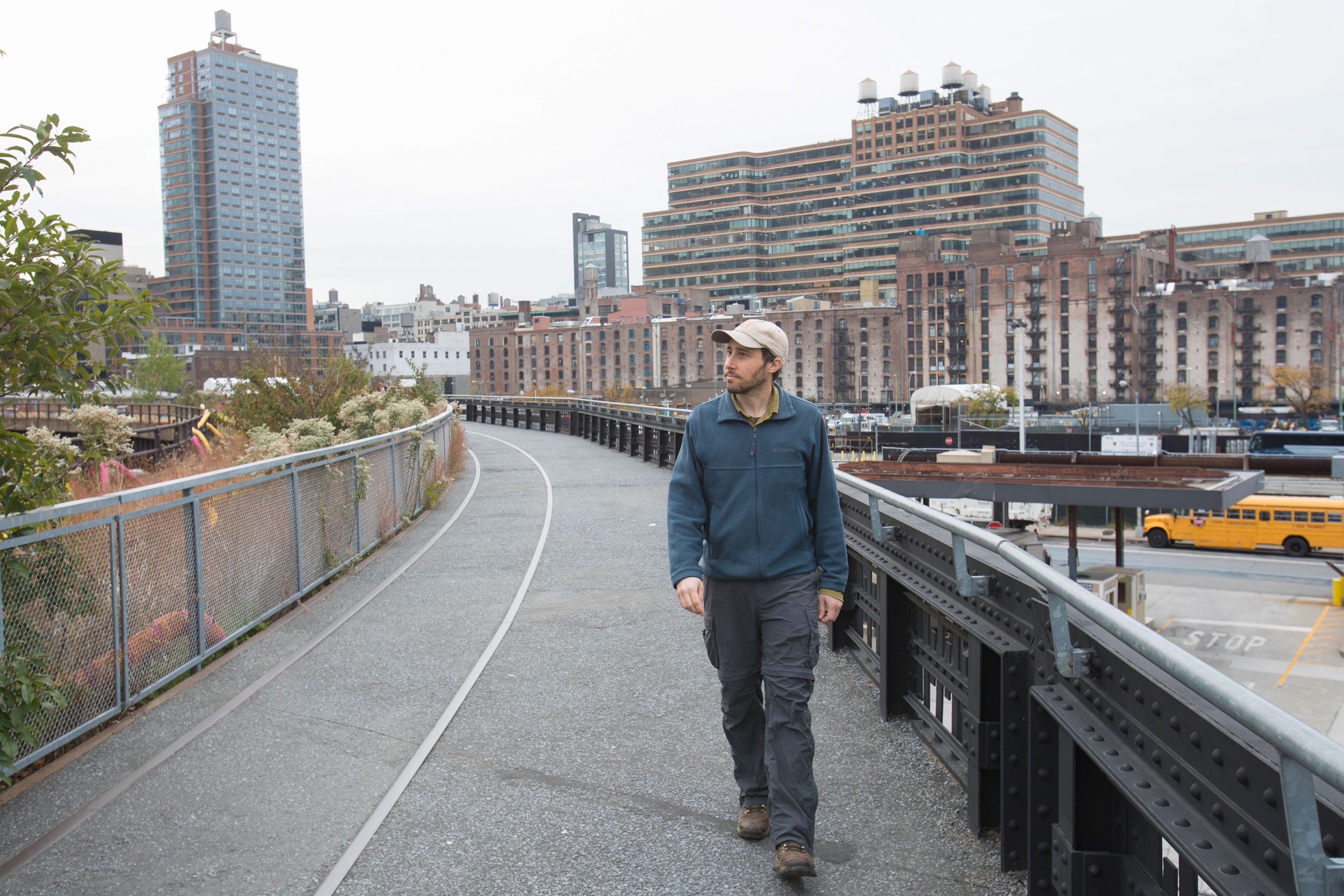 Green, walking in Hudson Yards, Manhattan, has covered almost every block in the city.

“We cannot create one-size-fits-all solutions,” Smith said. “We have to understand how communities fit together, what they need and what role we can play in making it better. … In a lot of ways, Matt is better-positioned to understand communities, and those ideas, than most people in the world.”

Like Smith, Green has realized the educational potential of walking. This fall, he will be teaching a course at St. John’s University called “Discover New York.” It’s a required course for all freshmen, with a group of instructors teaching from their personal experience of the city.

“I am interested in the educational potential of walking, paying attention and learning about things through that lens,” Green said.

He acknowledges that not everyone can walk as freely as he has, though.

“I’ve had a lot of women tell me that they would be uncomfortable doing something like this,” he said. He and Cadogan, who is Jamaican, have also discussed how race factors in. Cadogan has written an essay, “Walking While Black,” and discussed in the film the scholarly “costume” he assumes to prevent passersby from assuming he is dangerous.

“One of the wonderful things about walking is the serendipity, the ways the world surprises you,” Cadogan said. “But that serendipity can also bring some dangers; moving in a way that seems unplanned can arouse fear in others. … I have often found myself calibrating my own fear to other people’s fear of me. I don’t necessarily worry that I might be attacked, but that someone might think I am an attacker.”

Green said that his race and gender pave the way for him in many respects.

“Being a white guy makes me more fortunate,” he said. “I am in the category of people that is least likely to get harassed, stopped or threatened.” 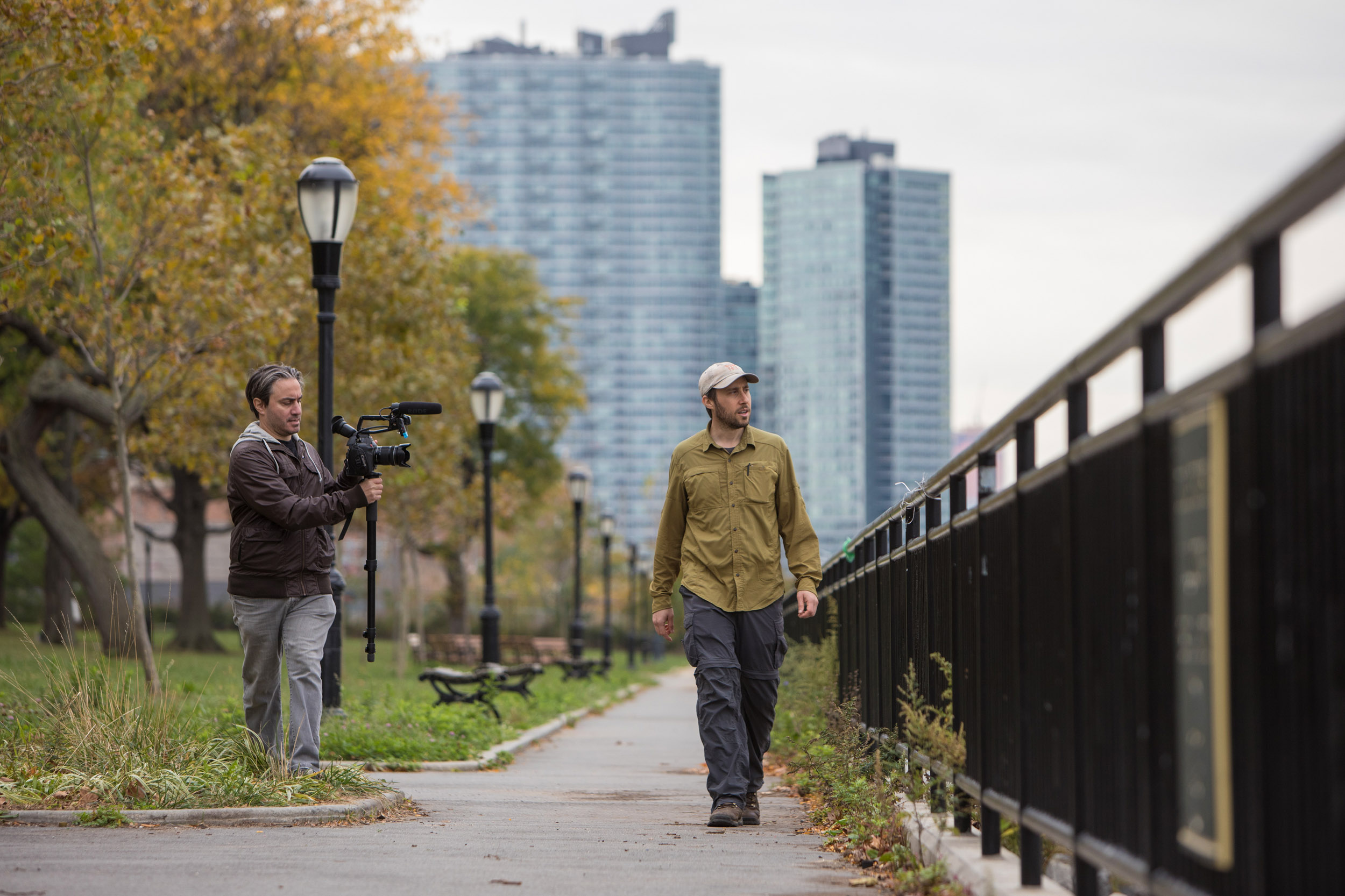 Matt Green walks in Long Island City, Queens with lone cameraman Jeremy Workman, who directed “The World Before Your Feet.”

Still, he said, his walks – and all that people have shared with him along the way – have strengthened his faith in the innate goodness of the world.

“Every night, I was knocking on someone’s door asking if I could camp in their yard,” on his cross-country walk, he said. “Lots would invite me in, maybe feed me. Some of them had views that I disagreed with or found offensive, and I realized if I were in different circumstances, I might have written them off. But, when you are experiencing someone’s kindness, it’s a constant reminder that no one is all good or all bad. I think it is so important to keep that in mind.”

It’s also changed the way he looks at the world around him.

“The world is such a rich, interesting place throughout – not just the highlights,” he said. “When I was walking, I was never looking forward to some place ahead, or trying to rush through where I was, because of the nature of my traveling. It helped me pay more attention to where I am.

“It is amazing to me how none of those places are ever boring; it made me realize how much we are taking for granted all of the time,” he said. “In a society where we are feeling increasingly disconnected from the world and each other, it’s powerful to have personal ties to all of these places, where you went, saw something or met someone. It enriches your perception of the world.” 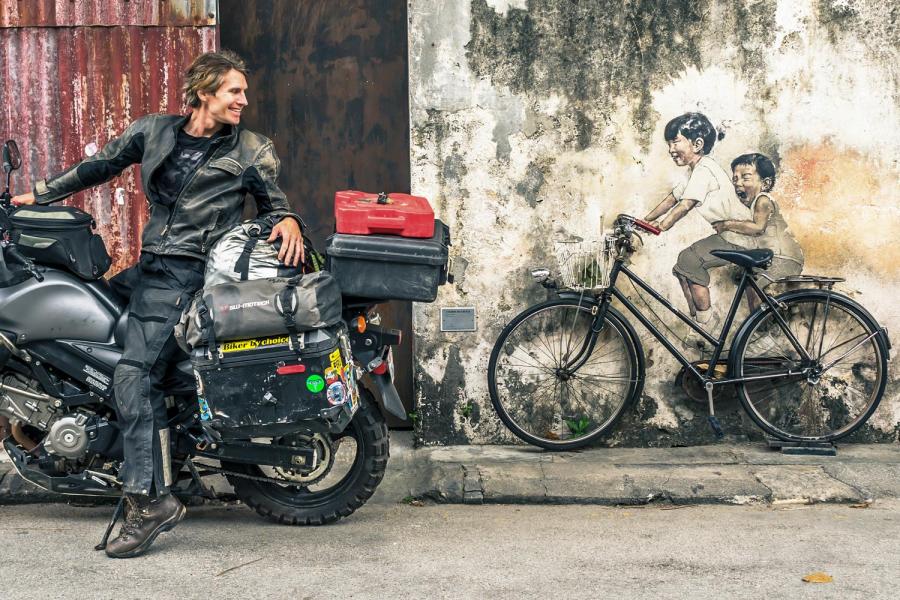 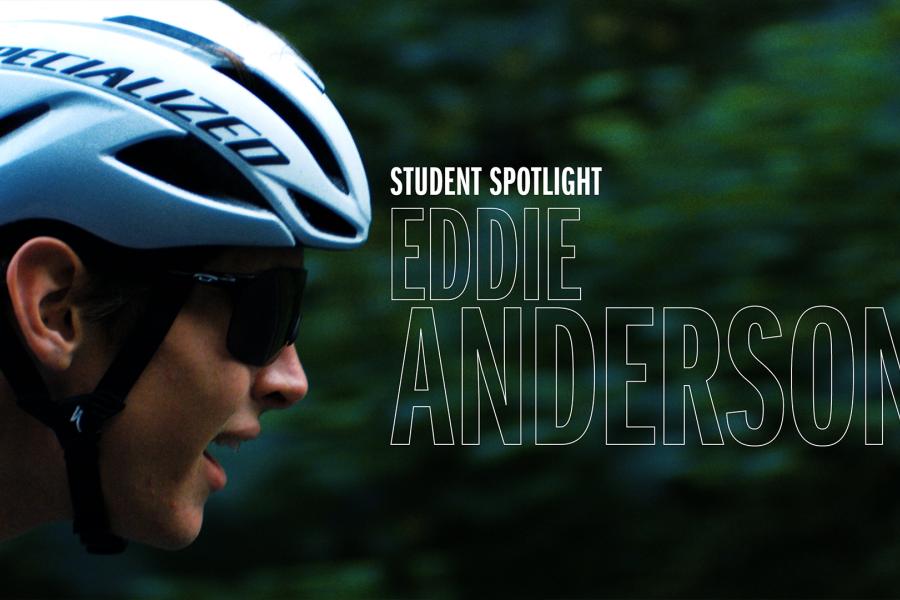 This UVA Student Is Also A Professional Cyclist 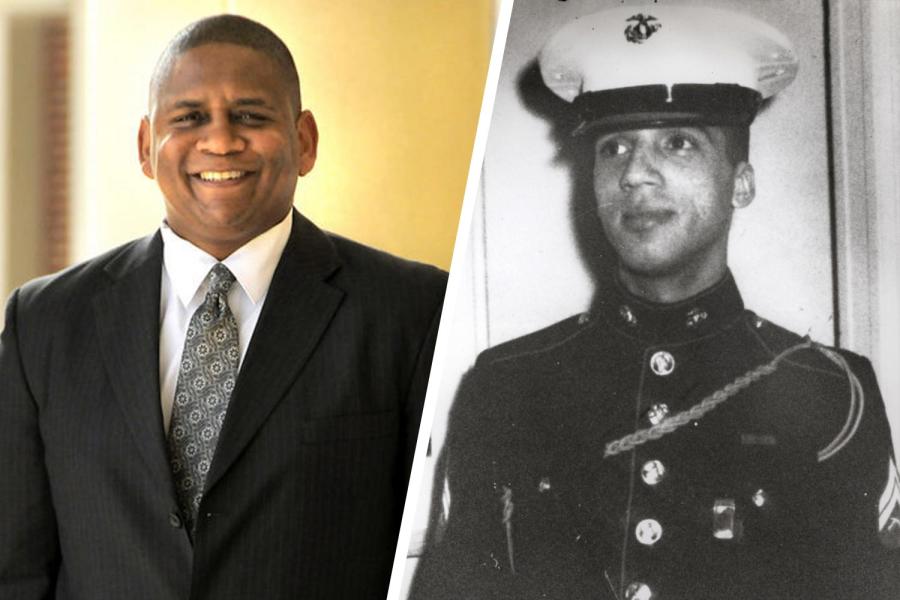