Kenneth Frampton Is the 2022 Thomas Jefferson Foundation Medalist in Architecture 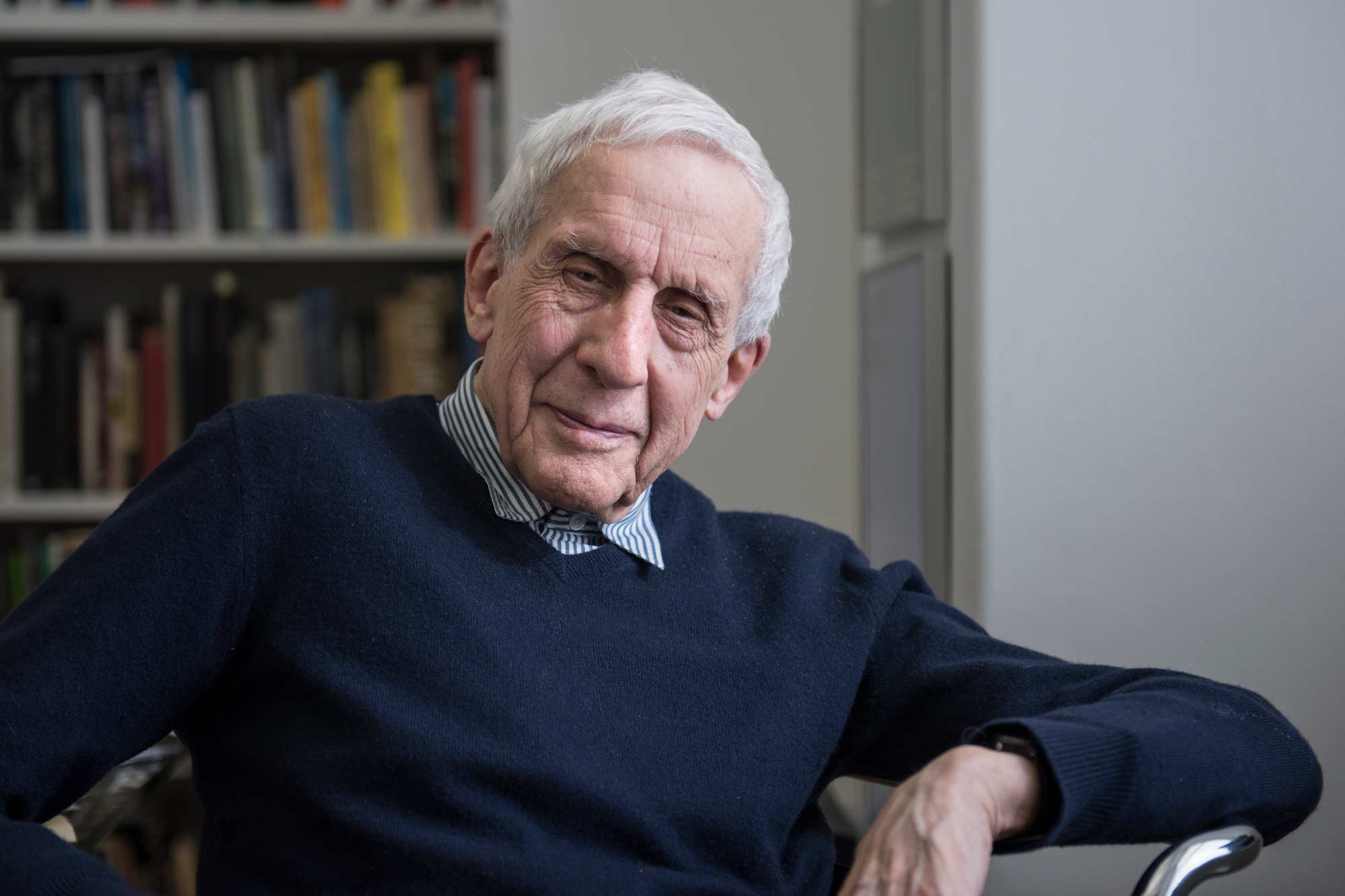 Architect, critic, historian and author Kenneth Frampton is the Emeritus Ware Professor of Architecture at the Graduate School of Architecture, Planning, and Preservation at Columbia University, where he taught from 1972 to 2020. (Photo by Alex Fradkin)

Architect and historian Kenneth Frampton, the Emeritus Ware Professor of Architecture at Columbia University’s Graduate School of Architecture, Planning, and Preservation, has been named the 2022 recipient of the Thomas Jefferson Foundation Medal in Architecture.

The Thomas Jefferson Foundation Medals – sponsored jointly by the University of Virginia and the Thomas Jefferson Foundation, the nonprofit organization that owns and operates Monticello – are awarded each year to recognize the achievements of those who embrace endeavors in which Jefferson – author of the Declaration of Independence, third U.S. president and founder of the University of Virginia – excelled and held in high regard. The architecture medal and its counterparts in law and citizen leadership are UVA’s highest external honors.

“It is an honor to recognize Kenneth Frampton for his seminal contributions as an architect and historian,” UVA School of Architecture Dean Malo A. Hutson said. “His writings, centering the importance of context, place and culture, have had a leading influence on the study and practice of architecture over many generations. His adherence to a humanistic philosophy, and architecture’s role of service to society and its capacity to enrich people’s lives, could not align better with our University’s and the School of Architecture’s public mission.”

Frampton will give a public talk to mark the occasion on April 13 at 4.30 p.m. in the School of Architecture’s Campbell Hall lecture hall. Seating is limited and an RSVP is required.

Further details about all Founder’s Day events can be found here.

Frampton was born in 1930 and trained as an architect in the Architectural Association School of Architecture in London. From 1959 to 1965, he was an associate of the architecture office of Douglas Stephen & Partners, one of the most progressive practices in London at the time. There, Frampton designed the notable project Corringham, a residential apartment complex in Central London. The building is one of the few post-war buildings to be listed on the National Heritage List for England, a unique register of the country’s most significant historic buildings and sites. It was identified as an “exceptionally important” structure and described by Historic England in its designation as “Douglas Stephen & Partners’ most coherent design of the period, and their most interesting.”

For three years in the early 1960s, Frampton worked as a technical editor for the magazine Architectural Design. In 1965, he moved to the United States to teach as a visiting professor at Princeton University, and since then, he has been active as a critic, historian and academic. Throughout his academic career, he has taught at numerous architecture schools, including the public research university of ETH Zurich, the Swiss Federal Institute of Technology in Lausanne, Switzerland; the Academy of Architecture in Mendrisio, Switzerland; and the Royal College of Art in London. For 48 years, from 1972 to 2020, he taught at Columbia University’s Graduate School of Architecture, Planning and Preservation, where he currently is the Emeritus Ware Professor of Architecture.

Frampton has written extensively, and his numerous publications and essays gained him an international reputation as a leading scholar on modern architecture. His seminal writings include an essay, “Towards a Critical Regionalism: Six Points for an Architecture of Resistance”; and several books, most notably “Modern Architecture: A Critical History,” “Studies in Tectonic Culture: The Poetics of Construction in Nineteenth and Twentieth Century Architecture,” and “A Genealogy of Modern Architecture: Comparative Analysis of Built Form.” Along with architects Peter Eisenman and Mario Gandelsonas, Frampton was a founding editor of Oppositions, an architectural journal produced by the Institute for Architecture and Urban Studies from 1973 to 1984.

The Canadian Centre for Architecture holds Frampton’s archive. In 2017, it held an exhibition, “Educating Architects: Four Courses by Kenneth Frampton,” which examined aspects of his renowned teaching that informed his key publications. The exhibition, comprising drawings, models, photographs, proposals, papers, lectures, slideshows, essays, monographs, letters and autobiographical documents, highlighted how Frampton’s teaching methods and contributions were instrumental in shaping the discipline and profession of architecture.

For his significant contributions, Frampton has received many awards, including the American Institute of Architects’ National Honors Award, the Architectural League of New York’s Presidential Medal, and the Schelling Architecture Theory Prize. Upon receiving the Golden Lion for Lifetime Achievement in 2018, presented at the Venice Biennale for Architecture, Frampton was acknowledged by co-curators and recommenders Yvonne Farrell and Shelley McNamara of Grafton Architects for his “extraordinary insight and intelligence combined with a unique sense of integrity. His consistent values in relation to the impact of architecture on society, together with his intellectual generosity, position him as a uniquely important presence in the world of architecture.” In 2021, Queen Elizabeth II named Frampton a Commander of the Order of the British Empire for his extraordinary service to architecture.

The award in architecture is one of three medals to be presented. This year’s Medal in Law goes to retiring U.S. Supreme Court Justice Stephen Breyer. The Medal in Citizen Leadership will be awarded to Sherrie Rollins Westin, president of Sesame Workshop.

This year’s medal winners will be celebrated at an April 13 luncheon in the Dome Room of UVA’s Rotunda, marking the 279th anniversary of Jefferson’s birth in 1743.

When Less Is More: How Harnessing the Power of Subtraction Can Add to Life END_OF_DOCUMENT_TOKEN_TO_BE_REPLACED