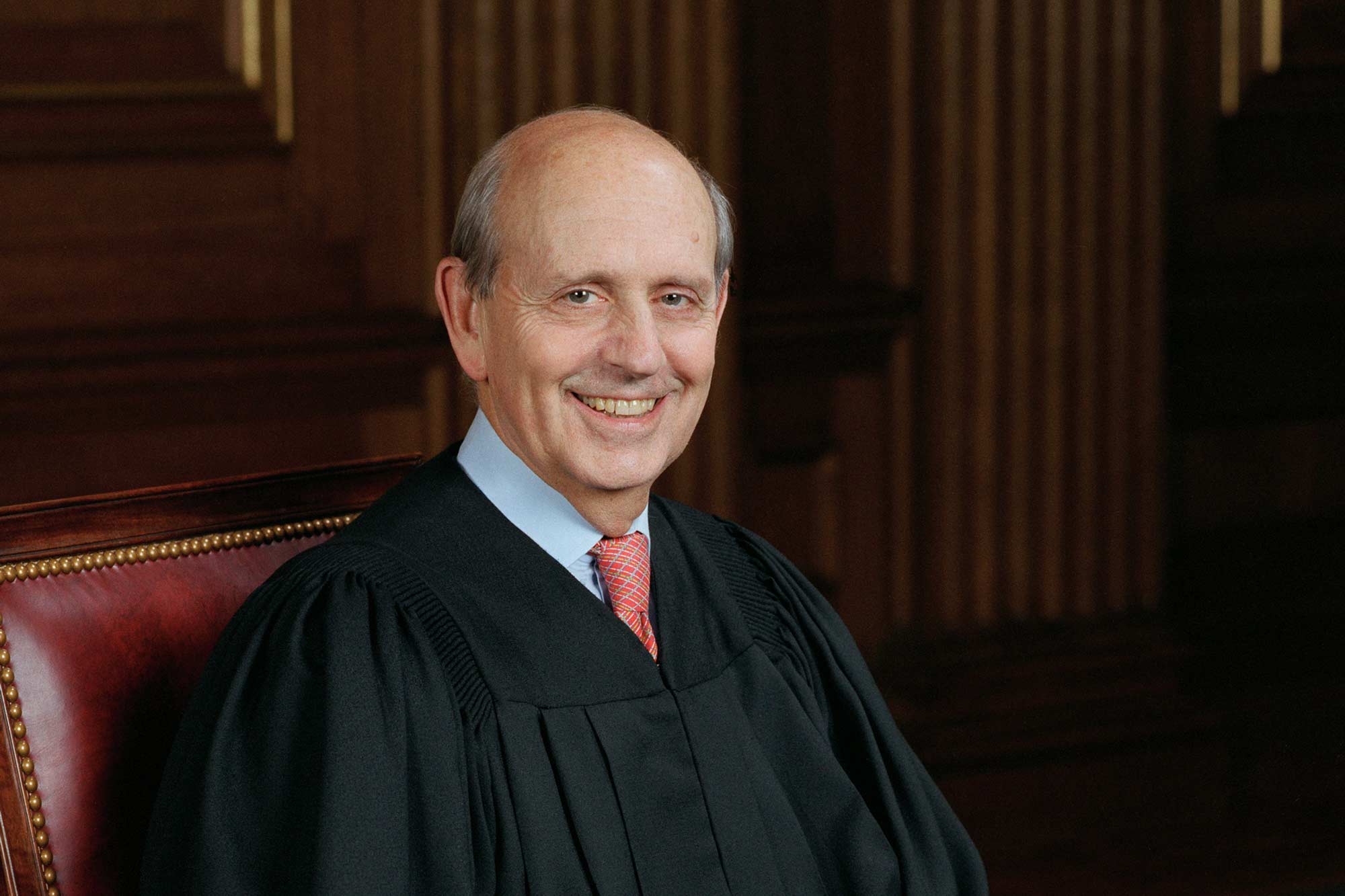 Sponsored jointly by the University of Virginia and the Thomas Jefferson Foundation, the nonprofit organization that owns and operates Monticello, the Thomas Jefferson Foundation Medals are awarded each year to recognize the achievements of those who embrace endeavors in which Jefferson – author of the Declaration of Independence, third U.S. president and founder of the University of Virginia – excelled and held in high regard. The law medal, and its counterparts in architecture, citizen leadership and global innovation, are UVA’s highest external honors.

“As a former clerk to Justice Breyer, I’m thrilled to recognize him for his lifetime of service,” said Risa Goluboff, dean of the UVA School of Law, which selects the Medal in Law recipient. “His role as a consensus-builder on the court who also stands firm on his bedrock beliefs serves as a model for the legal profession. We are both honored and excited that he will return Charlottesville to share his wisdom with our community.”

The justice will participate in a public talk with Goluboff to mark the occasion on April 12 at 2 p.m. in the Law School’s Caplin Auditorium. (Bags, laptops, coats, beverages and food will not be permitted. Seating is first-come, first-served, with doors opening at 1 p.m. and an overflow room in Brown Hall room 154. Members of the media should contact Director of Media Relations Mike Fox for press credentials. The event also will be live streamed.)

Breyer announced Jan. 27 that he will retire when the 2021 Supreme Court term ends, capping a career that included serving in all three branches of the federal government and in academia.

President Bill Clinton nominated Breyer to be an associate justice of the Supreme Court on May 17, 1994, and Breyer assumed the role Aug. 3 of the same year.

From 1980 to 1994, Breyer served as a judge on the U.S. Court of Appeals for the First Circuit, and as its chief judge starting in 1990. He was a clerk for Supreme Court Justice Arthur Goldberg for the 1964-65 term; special assistant to the assistant U.S. attorney general for antitrust from 1965 to 1967; assistant special prosecutor of the Watergate Special Prosecution Force in 1973; and special counsel of the U.S. Senate Judiciary Committee from 1974 to 1975.

Later, as chief counsel of the committee, from 1979-80, he worked closely with U.S. Sen. Edward M. Kennedy, a 1959 UVA School of Law graduate, to pass the Airline Deregulation Act.

Before becoming a judge, Breyer taught law for many years as a professor at Harvard Law School and at Harvard’s Kennedy School of Government.

Even after being appointed to the federal bench, Breyer continued his scholarship through his many books, including “The Authority of the Court and the Peril of Politics” (2021), “Making Our Democracy Work: A Judge’s View” (2010), “Active Liberty: Interpreting Our Democratic Constitution” (2005) and “Breaking the Vicious Circle: Toward Effective Risk Regulation” (1993).

In 2018, Breyer spoke at the Law School and shared themes from his 2015 book, “The Court and the World: American Law and the New Global Realities.” The book examines the work of the Supreme Court in decisions with global implications and promotes the value of understanding how the world at large makes law and legal decisions.

“To decide a lot of these things, you know, there is no Supreme Court of the World,” Breyer said. “What happens if other countries decide the same principle?”

Breyer is the ninth Supreme Court justice to receive the Thomas Jefferson Foundation Medal in Law since its inception in 1977.

He earned his LL.B. from Harvard Law School and bachelor’s degrees from Stanford University and Magdalen College, Oxford.

His former law clerks also include UVA Law professors Rachel Harmon and Daniel Ortiz, who discussed Breyer’s legacy at a Feb. 1 event with Goluboff and Judge Vince Chhabria of the U.S. District Court for the Northern District of California. Chhabria is a UVA Law lecturer who also clerked for Breyer.

The Medal in Law is one of three medals to be presented this year. This year’s Medal in Citizen Leadership goes to Sherrie Rollins Westin, president of Sesame Workshop. The Medal in Architecture goes to architect and historian Kenneth Frampton, the Emeritus Ware Professor of Architecture at Columbia University’s Graduate School of Architecture, Planning, and Preservation.

Do You Know the History of Your Favorite Corner Spots? END_OF_DOCUMENT_TOKEN_TO_BE_REPLACED

Netflix to Add Ads. Why This Could Be a ‘Game-Changer’ for Your Viewing Experience END_OF_DOCUMENT_TOKEN_TO_BE_REPLACED

What’s Next for UVA’s Class of 2022? END_OF_DOCUMENT_TOKEN_TO_BE_REPLACED