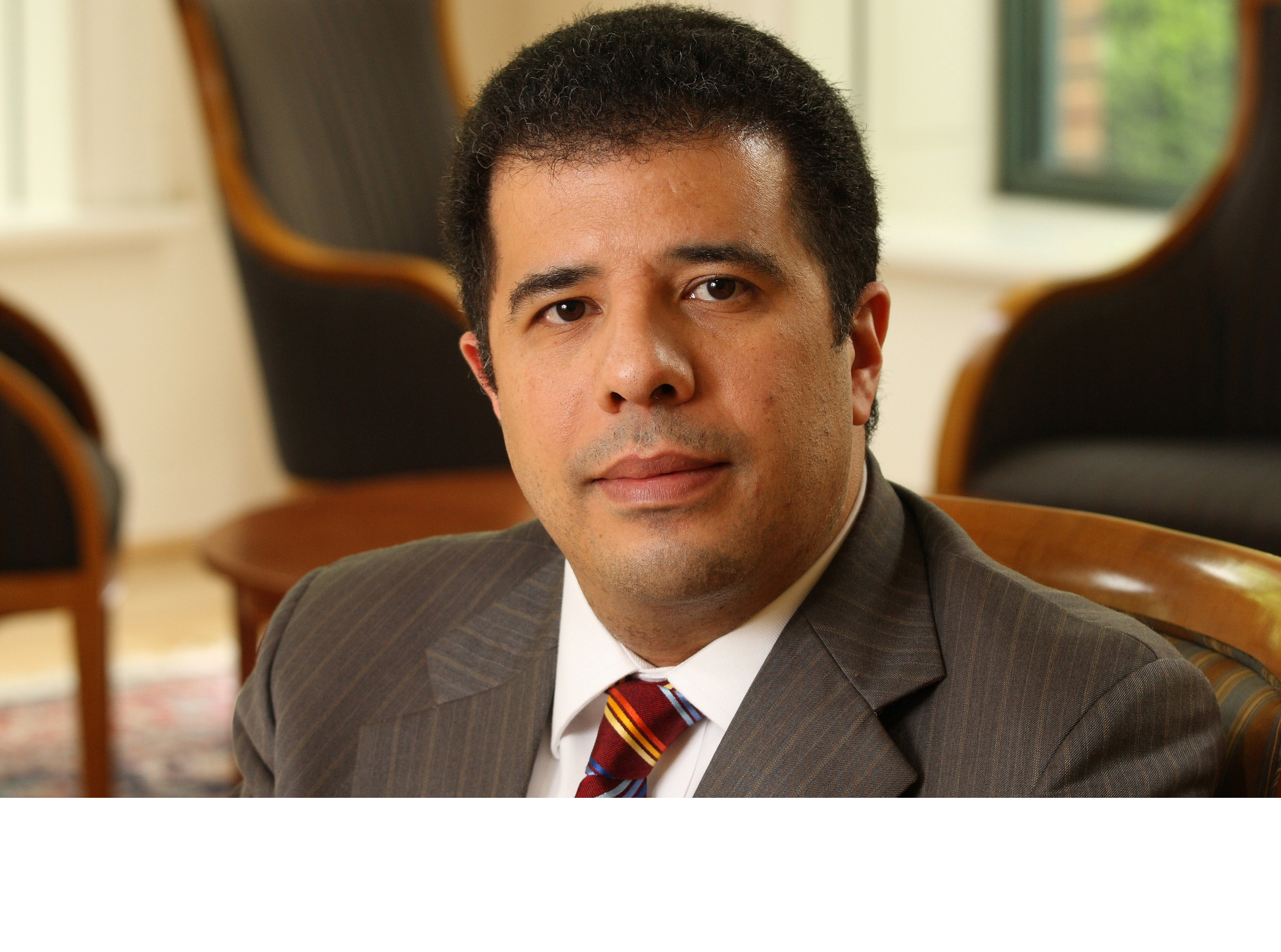 From teaching the first course on race and law in the University of Virginia School of Law to advocating for underserved minority groups, Kim Forde-Mazrui has shown a commitment to equality, fairness and acceptance of people from all backgrounds that has earned him the 2013 John T. Casteen III Diversity-Equity-Inclusion Leadership Award. He demonstrates this in his teaching, scholarship and other academic work, and his supporters say it’s also a fundamental aspect of his character.

The University’s Office for Diversity and Equity, which established the award four years ago, will honor Forde-Mazrui on March 22 at a private luncheon in the Newcomb Hall Ballroom.

The award was established in honor of the accomplishments of Casteen, the former president who was the award’s inaugural recipient in 2010. Specific criteria include playing a leadership role in increasing diversity, equity and inclusion at U.Va. and making a sustainable and quantifiable impact in these areas.

“Kim’s work is far-reaching,” said Dr. Marcus Martin, vice president and chief officer for diversity and equity. “It interfaces with human rights, racial and social justice, access for the disabled and gay rights.”

Forde-Mazrui’s scholarly achievements, along with his mentoring and teaching, and especially his service as the founding director of U.Va.’s Center for the Study of Race and Law, make him deserving of the award, Martin said.

The William S. Potter Professor of Law, Forde-Mazrui joined the law faculty in 1996. He teaches constitutional law, employment discrimination, criminal law and race and law. His scholarship focuses on equal protection, especially involving race and sexual orientation. His publications have considered what role race should play in several areas: placing children for adoption; whether and how to select racially and other demographically diverse juries; whether affirmative action policies that employ race-neutral means are constitutional; whether America is morally obligated to remedy past discrimination; and whether racial profiling and other discriminatory practices by law enforcement are adequately deterred by current constitutional doctrines.

Barbara A. Ruddy, the Law School’s director of human resources, nominated Forde-Mazrui, writing that his “contributions, both inside and outside of the classroom, to the advancement of equal opportunity, social justice and equal rights are noteworthy and make him highly deserving of this recognition.”

Forde-Mazrui founded the Center for the Study of Race and Law in 2003, and served as director for seven years. He remains affiliated with the center, which is currently directed by law professor Alex Johnson. The center quickly became “a national hub for race and law scholarship by providing a much-needed forum for policymakers, practitioners, business leaders and scholars to interact,” H. Timothy Lovelace Jr., its former assistant director, wrote in his recommendation of Forde-Mazrui. Lovelace, a U.Va. alumnus, is now an associate professor of law at Indiana University.

“In addition to enriching the University’s academic life, the center, through its various intellectual endeavors, has provided underrepresented minorities with publication opportunities, research support and important networking contacts,” history professor Claudrena Harold said. “None of this would have been possible without Kim’s dedicated service and his expansive vision.”

The center promotes projects that advance racial justice in the legal system. In 2007-08, the center joined the Sentencing Project in writing an amicus brief on behalf of the plaintiff in the U.S. Supreme Court case Kimbrough v. United States, arguing successfully that federal sentencing guidelines for crack cocaine offenders were unfairly strict compared to those for regular cocaine offenders and disproportionately affected African-Americans. Kimbrough won the case.

Lovelace said Forde-Mazrui “has quietly helped to reshape American constitutional law, bolstered the careers of many women and minority faculty and practitioners, and improved the lives of countless socially minded students.”

Beyond teaching, he has been a mentor to countless students. Harold described him as “soft-spoken, yet stern,” saying he typically pushes students beyond their intellectual comfort zones.

The Black Law Students Association has twice awarded him the Service to BLSA Award and, in 2009, U.Va.’s Office of Equal Opportunity Programs named Forde-Mazrui an “EOP Champion.”

As a legally blind faculty member, he has advised the University on strategies to expand access for disabled persons on Grounds. Having had a vision impairment since the age of 10, Forde-Mazrui understands firsthand the needs and legal rights of Americans with disabilities, several of his nominators wrote.

Meet the New Cavalier on Horseback: She’s Eager To ‘Carry On a Legacy’ END_OF_DOCUMENT_TOKEN_TO_BE_REPLACED

Housing Changes Are a Breath of Fresh, Cool Air – Especially for Lawnies END_OF_DOCUMENT_TOKEN_TO_BE_REPLACED

Virginia Football – For All Virginia END_OF_DOCUMENT_TOKEN_TO_BE_REPLACED