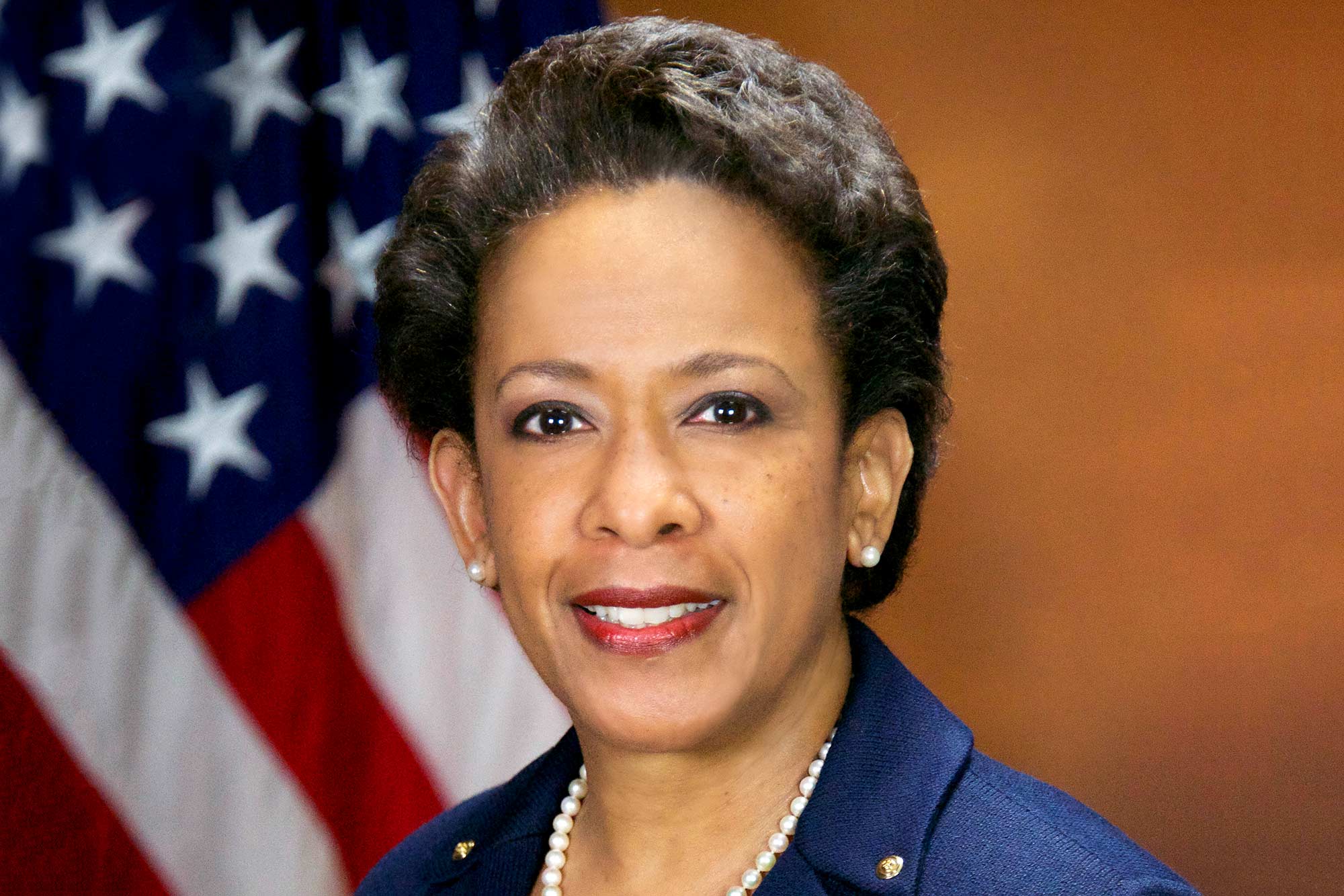 Loretta Lynch served as the 83rd attorney general of the United States.

Loretta E. Lynch was sworn in as the 83rd attorney general of the United States by Vice President Joe Biden on April 27, 2015, becoming the first African-American woman to hold the post. President Barack Obama announced his intention to nominate Lynch on Nov. 8, 2014.

Her father, a pastor, spurred her fascination with the legal system by taking her as a young girl to watch proceedings at the courthouse in Durham, North Carolina. He and her mother, an English teacher and librarian, instilled in her a love of learning and a passion for public service.

“Attorney General Lynch has dedicated her extraordinary career to enforcing justice and promoting the rule of law,” said Risa Goluboff, dean of the School of Law, which sponsors the Thomas Jefferson Foundation Medal in Law. “She believes that government officials need to earn the trust of the people they represent, and she has herself been a model of such service, integrity and courage.”

In 1990, after a period in private practice, Lynch joined the U.S. Attorney’s Office for the Eastern District of New York, located in Brooklyn, the city she considers her adopted home. There, she forged an impressive career prosecuting cases involving narcotics, guns, organized crime and public corruption. In one notable instance, she served on the prosecution team in the high-profile civil rights case of Abner Louima, a Haitian immigrant who was sexually assaulted by uniformed police officers in a Brooklyn police precinct in 1997.

In 1999, President Clinton appointed her to lead the office as U.S. Attorney – a post she held until 2001. In 2002, she joined Hogan & Hartson LLP (now Hogan Lovells) as a partner in the firm’s New York office. While in private practice, Lynch performed extensive pro bono work for the International Criminal Tribunal for Rwanda, established to prosecute those responsible for human rights violations in the 1994 genocide in that country. As special counsel to the tribunal, she was responsible for investigating allegations of witness tampering and false testimony.

In 2010, Obama asked Lynch to resume her leadership of the U.S. Attorney’s Office in Brooklyn. Under her direction, the office successfully prosecuted numerous corrupt public officials, terrorists, cybercriminals and human traffickers, among other important cases.

Lynch enjoys spending her free time with her husband, Stephen Hargrove, and their two children.

To mark the occasion of her receiving the Thomas Jefferson Foundation Medal in Law, the UVA School of Law will host a public talk by Lynch on April 13 at 4 p.m. in the Caplin Auditorium at the School of Law.

When Less Is More: How Harnessing the Power of Subtraction Can Add to Life END_OF_DOCUMENT_TOKEN_TO_BE_REPLACED