Marriage in Quarantine: How to Safeguard Your Relationship in These Stressful Times 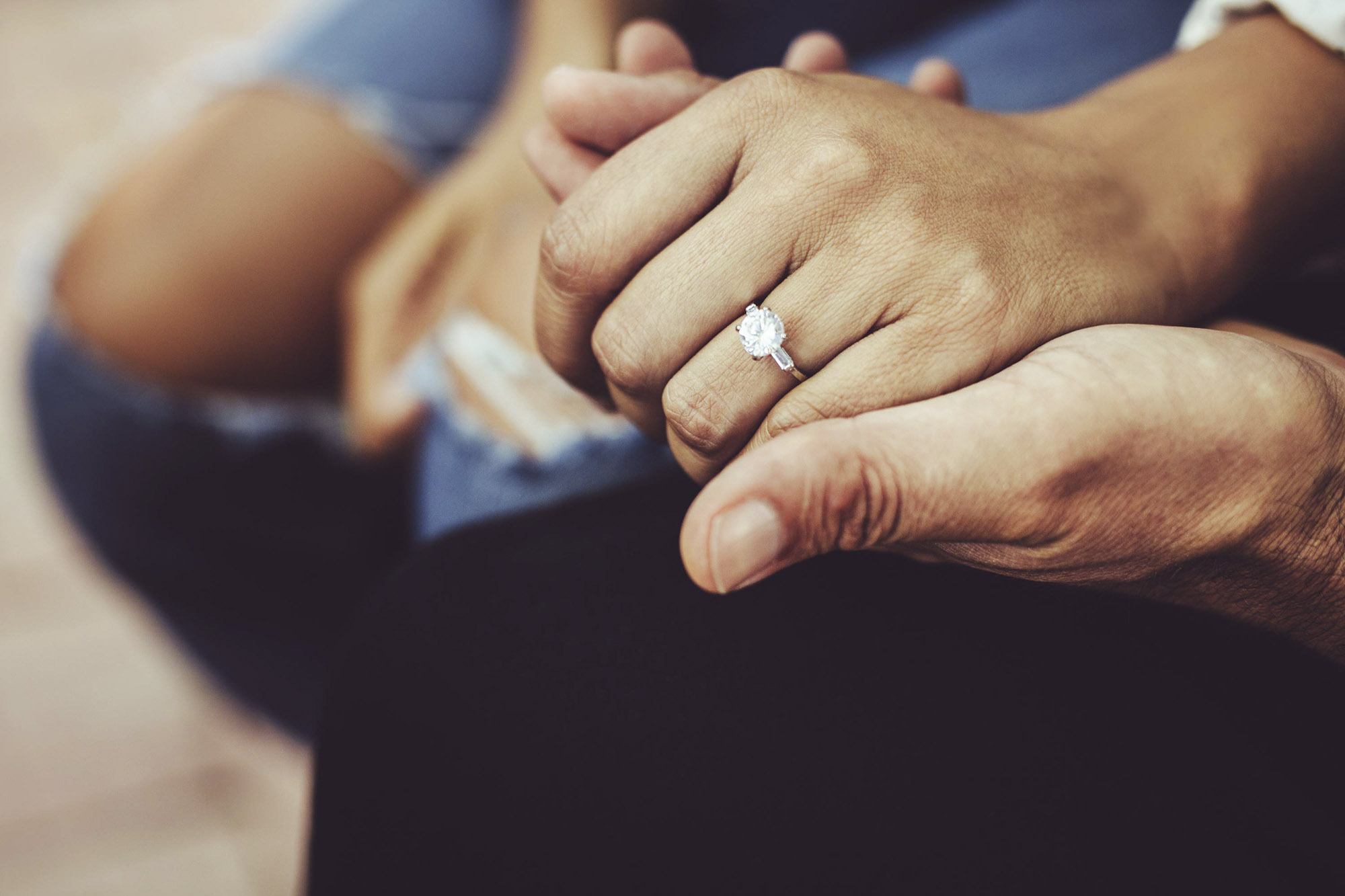 Robert Emery knows a thing or two about nurturing marital relationships. In addition to being a professor of psychology at the University of Virginia, he is the director of UVA’s Center for Children, Families and the Law. Bob, as he likes to be called, has also for many years run a small private family counseling practice.

His 1982 Psychological Bulletin paper, “Interparental Conflict and the Children of Discord and Divorce,” was designated a “Citation Classic” by the Institute for Scientific Information. Since then, he has written more than 150 scientific papers and many books, including “Two Homes, One Childhood: A Parenting Plan to Last a Lifetime,” his fifth book on divorce and his second aimed specifically at parents.

It’s no secret that quarantining has introduced new levels of stress on relationships. Families are spending more time together than ever, which sounds quaint. But all that togetherness can rob spouses of what Emery says is a critical element of successful marriage: individualism.

When we reached out to Emery to ask what advice he has for married couples, the first thing that sprang to his mind was a quote from a poem by Kahlil Gibran called “On Marriage,” which is often woven into marriage ceremonies.

It reads: “And stand together yet not too near together/For the pillars of the temple stand apart/ And the oak tree and the cypress grow/not in each other’s shadow.”

Here’s what Emery had to say about marriage during quarantine.

Q. What are the issues you are seeing in your practice since widespread quarantining began in March?

A. It’s the same issues that you see with couples all the time. Money, kids and sex. Those are still issues, but everything has become magnified or the differences are becoming magnified with people being trapped inside with each other.

Don’t get me wrong. There are some good things about that. People are rediscovering things like the pleasure of going for a walk or working in the garden and enjoying more downtime with each other. Maybe that was more fun the first few weeks or months, but time has passed and it’s getting old.

Q. It seems like spending more time together would feed a marriage. Is that not the case?

A. It’s one of the things that couples, particularly younger couples, need to learn, especially in this age where we have so many expectations from our partners, is that togetherness is great, but we also need some separateness in our relationships as well, which is why I always have people read that Kahlil Gibran poem.

Q. How do you achieve that when you are sheltering in place with your family?

A. It’s not easy. That’s part of the problem. Couples should understand that it’s not only OK to do this, but it’s good for both of you and your relationship to do something a little different and separate.

At a very simple level, we’re getting boring. What do you have to talk about after staying home for a few weeks? Not much. So, if you go out and do something, whether it’s a socially distant visit with a friend or going to a restaurant or a winery – visiting it with appropriate caution – or playing that tennis match, having something new and different to not only stimulate yourself, but something new to talk about to bring to the relationship. It’s really important to do those things. I play tennis, my wife goes for long walks by herself.

Q. You recommend couples have regular date nights. What does that look like?

A. People, particularly after they have children, forget to invest in and nurture their relationship. When I say “date night,” I’m not just talking about having some alone time. I’m talking about treating each other the way you used to treat each other when you used to go on dates; romancing, dressing up.

Q. What do you advise when neither spouse will compromise on something, whether it’s disciplining children or taking COVID-19 seriously?

A. Usually, there is a deeper issue at hand. If it’s the kids, maybe what they need to do is have a clearer structure that will set clearer sets of rules and expectation. So, it’s not a disagreement on when a teenager should get their license or when their curfew is, it’s a broader disagreement about how much freedom a child should have. There is usually a surface issue, but it often boils down to one of two issues. It’s an issue about love or it’s an issue about power. 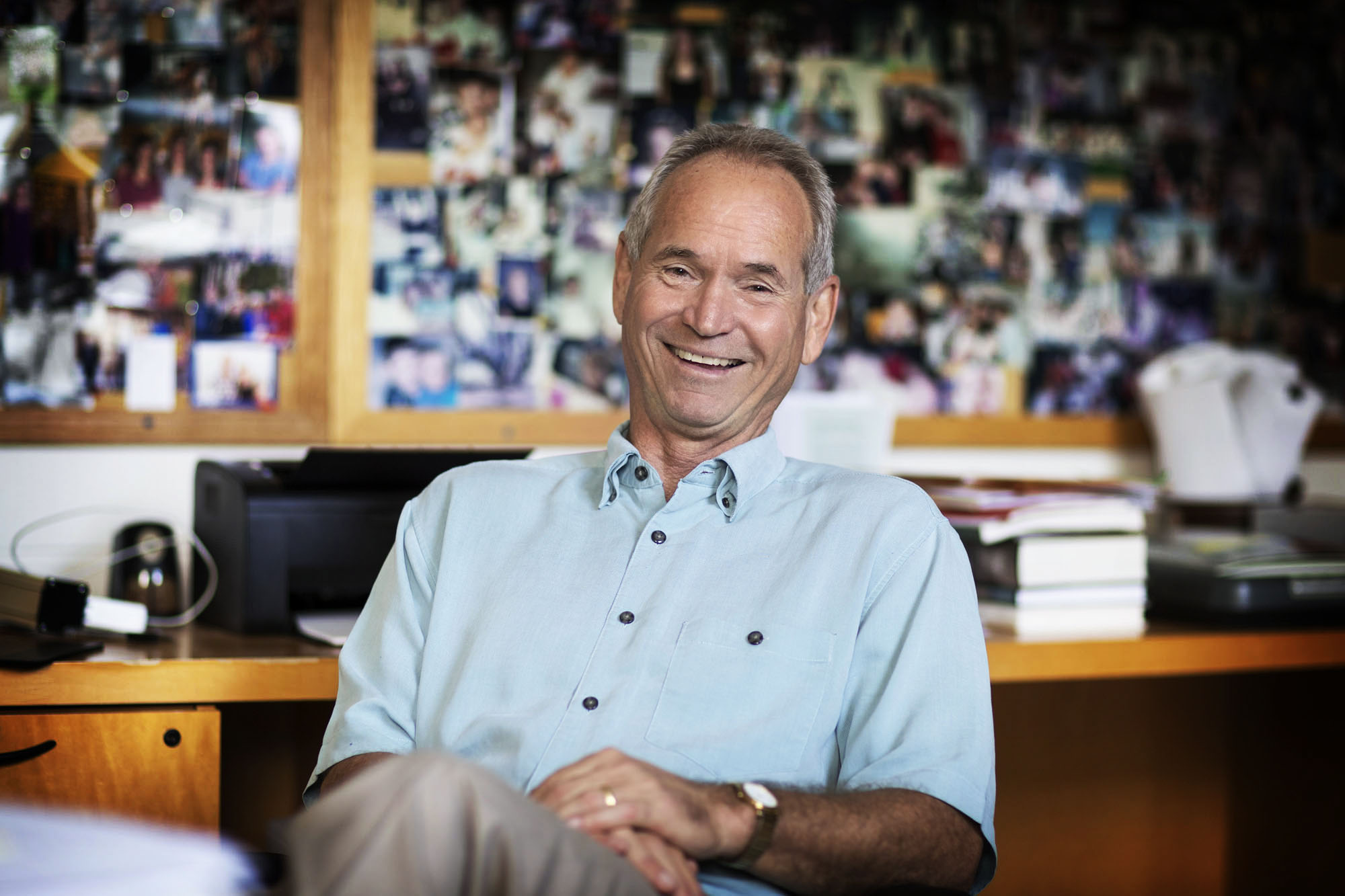 Q. Can you expand on the issues of love and power?

A. My superficial example is the stereotype of a husband who’s constantly coming home late from work and his partner is complaining and asking, “Why don’t you call?” He says “I’m not going to call. You’re being so sensitive.”

For her, it’s really an issue of love. “You don’t care enough about me to call? Show some care and concern.” But, for him, it’s not about love, it’s about power. He doesn’t want to be told what to do. Couples need to get down to some of these basic issues and understandings of “I feel loved,” and “I am afraid of being controlled,” if they are really going to solve the problem.

Q. What if during this pandemic, one spouse is being more careful and following the safety recommendations from the Centers for Disease Control and Prevention and the other is not?

A. I think in that circumstance, it’s important for the person who is less afraid to try to be reassuring and realistic, but also to be respectful and not dismissive. And if they are able to draw the other person out, as opposed to bullying, and reassure them and make them feel more comfortable, that’s a great thing.

Q. What do you recommend when, in a family with young children, the onus of child care is falling disproportionately on one spouse even though both are working from home?

A. I really feel for couples with young children. It’s a lot of work and pressure. It’s really important to give each other a break. For parents, where it’s not going so well and they’re really having some conflict, what I find to be really essential is to put some structure around their expectations. So, “You’re going to be in charge during this time and I’ll be in charge at this time.” That sounds kind of simple, but lots of people avoid having structure and want things to be fluid.

Q. Families with teens and young adults in the household are trying to balance being careful about COVID with allowing their children to safely socialize outside of the home. Say Mom is cool with that, but Dad is constantly worried one of the kids is going to come back home and infect everyone. What’s the solution here?

A. Rule No. 1 is to talk about this stuff. Lots of couples don’t talk about what’s bothering them. Instead, they give each other the silent treatment or just get angry or resentful or think their partner is not willing to compromise. So, rule No. 1 is always, “Let’s talk.” And not just about the situation, but the feelings caused by the situation.

I try to help people, even if they don’t agree with one another, to understand each other’s feelings, which is huge. I’m a big believer in emotional understanding.

Maybe, the mom who is saying, “Sure, go out,” she’s feeling really, really bad for her first-year student in college and she remembers what a great time she had. The father probably feels exactly the same way. So, they’re both worried about this specific thing.

Q. Unemployment or the fear of becoming unemployed during the pandemic is also fraying marriages. What can couples do to support one another?

A. I think in terms of marriage, when you’re dealing with an immediate crisis like this, the crisis of losing a job trumps the importance of having fun in a relationship. At a time like this, everyone has to come together to find a way to survive. We can worry about being happy in our marriage later on. Survival comes before production. In that situation, it’s just, “Let’s just deal with the crisis.” This is no time for complaints. It’s a time for support.

A Year We Will Never Forget: 2019-20 in Review END_OF_DOCUMENT_TOKEN_TO_BE_REPLACED

‘What Will You Carry With You?’ Remarks From UVA President Jim Ryan END_OF_DOCUMENT_TOKEN_TO_BE_REPLACED