A Message from President Sullivan to the University Community 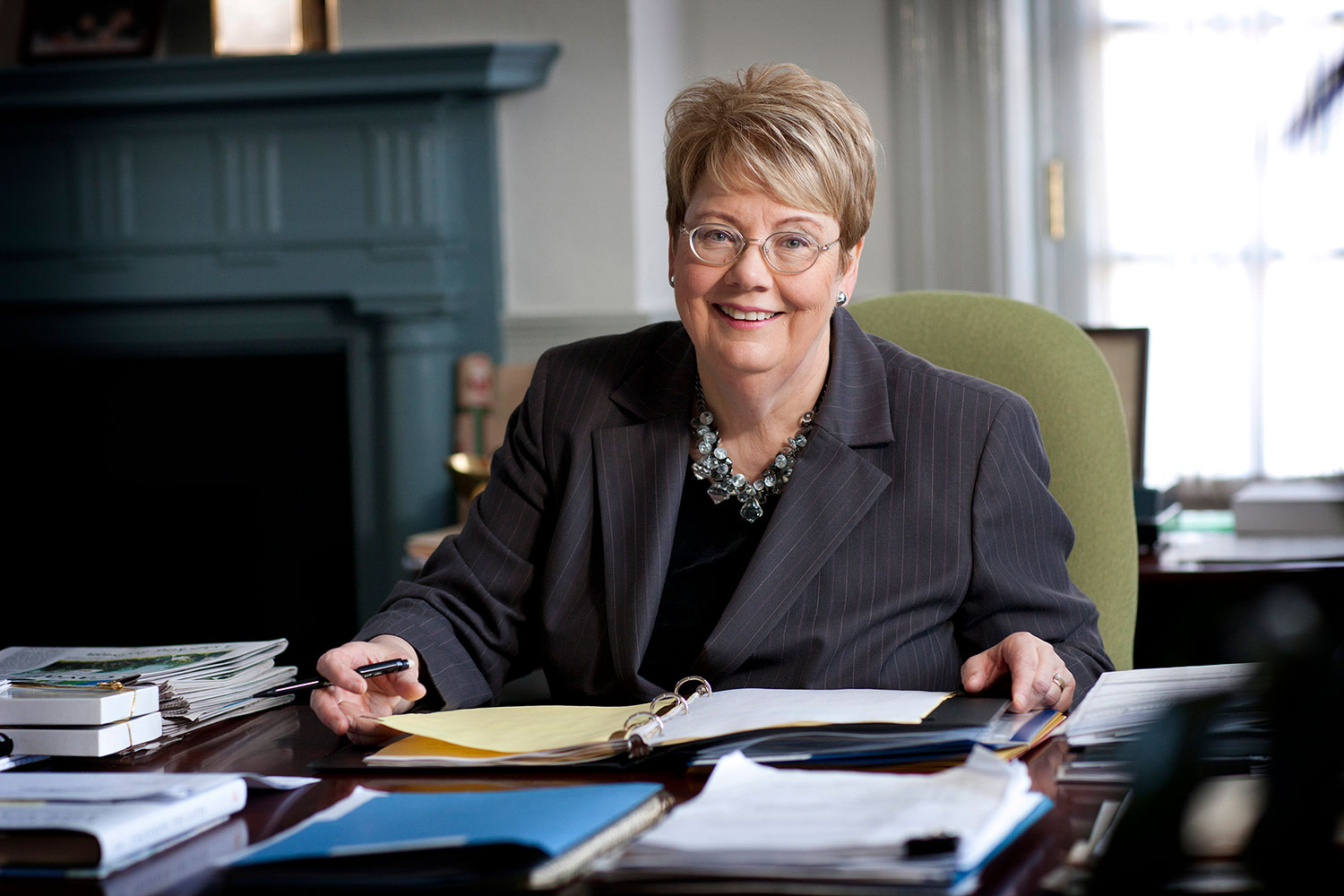 To the members of the University Community:

Since my election as president in January 2010, Doug and I have cherished our opportunity to serve at the University of Virginia. UVA’s distinguished faculty, dedicated staff, and accomplished students demonstrate their capacity for achievement daily through their scholarship, discoveries, creative work, and the numerous awards and accolades that they regularly collect. As 2017 begins, UVA is strong and positioned for even greater strength in our educational offerings, research programs, and health system.

Given this strength, UVA is well-positioned for a transition to its ninth president. Because my current contract ends in summer 2018, I have asked the Board of Visitors to prepare for a presidential search. The most effective search will include the viewpoints of UVA’s many stakeholders: the Board itself; faculty, students, and staff; deans and vice presidents; alumni, parents, and philanthropists, including supporters of UVA athletics; members of the local community; and elected leaders in Richmond and in Washington. The search committee should solicit the views of our affiliated foundations, which mobilize so many dedicated volunteers for the University. Such consultation is best done without an undue sense of urgency.

An ideal transition would provide sufficient time after my successor is named for me to provide personal introductions to the Governor, key members of the General Assembly and the Governor’s Cabinet, Virginia’s congressional delegation, and alumni leaders and donors who support the University in Virginia, across the nation, and around the world. If the new president comes from outside the University, that person will also need to meet leaders on Grounds. A smooth transition takes some months to accomplish, and if we plan for that transition now, my successor will be in place and well prepared for the Bicentennial of the University’s charter in 2019 and for the launch of the Campaign for the University’s Third Century.

Many people deserve credit for UVA’s current position of strength. The University has flourished upon the foundation built by my predecessor, John T. Casteen III, and others who preceded him in the presidency. The College and every school at UVA have made notable strides in excellence, while UVA’s College at Wise remains a beacon of hope and prosperity in a region with long-term economic problems.

Because of the efforts of many people, the Cornerstone Plan has focused and aligned our collective work as a University community. We are addressing generational turnover by hiring talented faculty from diverse backgrounds to work with an energetic, committed leadership team. Other Cornerstone Plan projects include the Total Advising program, a much-enhanced UVA Career Center, the Meriwether Lewis Institute for Citizen Leadership, growth in research and related infrastructure, new commitments to affordability and access, improved operational efficiency, and expanded global programs, including the new UVA China Office in Shanghai. Our long-term financial plan emphasizes prudence and durability. We are budgeting in a new way to encourage deans to collaborate in joint hiring, combined degree programs, and new institutes and degree programs. Results of these efforts include the Data Science Institute, Brain Institute, Contemplative Sciences Center, majors in Youth and Social Innovation and in Global Studies, and the minor in Entrepreneurship. In 2016, through the new Strategic Investment Fund, we began investing in transformative projects to further distinguish the University.

Our hospital is ranked #1 in Virginia because our health care professionals commit themselves every day to providing the best, safest treatment for every patient. These professionals have worked tirelessly to improve our clinical outcomes, even as UVA disproportionately receives and treats patients with difficult, multiple diagnoses. Our team has embraced the goal of being the safest hospital in America, while our researchers bring new hope to patients through discoveries, new therapies, and cures.

Our initiatives ensure UVA’s quality and competitiveness for the future, and they are also critical for the Commonwealth of Virginia’s future. Every part of the Commonwealth benefits from UVA. UVA direct employment and its indirect effects account for 52,000 jobs. Put another way, 1 in every 76 jobs in Virginia can be traced back to UVA employment. In addition, our alumni have founded enterprises that together hire another 371,000 people in Virginia. Even while focusing on our impact at home, we have extended UVA’s global reach to expand horizons for students and faculty alike, including international research collaborations such as our recent partnership with Germany’s Max Planck Society.

We have sustained UVA’s academic excellence in spite of fiscal challenges. The combined revenue from state general funds plus tuition that the University received for each in-state student in 2016 is about $200 less than it was in 2000 (in constant dollars). This total is composed of a long-term declining contribution from the state, and a corresponding shift to tuition. That we continue to provide a first-rate education with flat revenues per in-state student results from heroic cost-containment efforts by our staff in operational areas, and our successful advancement efforts.

Despite the financial headwinds of the Great Recession, the University completed its $3 billion capital campaign in 2013, and UVA’s annual philanthropic cash flow increased from $203.8 million in 2010 to $260.2 million in 2016. Our generous donors provide the margin of excellence for UVA.

Such efforts undergird UVA’s quality and competitiveness for the future, and they provide a strong, stable foundation for a successful transition to UVA’s next leader. The University’s AAA bond rating indicates our strong financial position, bolstered by the strong investment performance of UVIMCO.

Some important tasks need to be completed so that my successor begins with a clean slate, and several initiatives demand close attention in the immediate future. The successful Rotunda restoration only begins the preparation for our Bicentennial, and the President’s Commission on Slavery and the University needs to complete its important work. Our students have wonderful new academic spaces in Nau, Gibson, Rice, Bavaro, and Lacy Halls, and renovated spaces in Ruffner and New Cabell Halls, but our STEM programs still require renovated laboratory spaces in the Chemistry Building and Gilmer Hall. The Bicentennial Scholars program, catalyzed by the Strategic Investment Fund, will ensure access to UVA for generations of future students if we give it the necessary sustained attention now. Our newly announced partnership with Inova Health System, with its associated research initiatives, also requires careful attention.

This is not a farewell note. We have unfinished business to do in the months ahead, and with your continued effort and sustained energy we will do that work together. I will be working at full speed for UVA until the very last day of my time in office. Part of that work will be to plan a successful leadership transition. Another part of the work – of my work – will be to express my deep gratitude to the members of this community who have made my service as UVA’s president both highly productive and immensely enjoyable. There will be time in the coming semesters for Doug and me to thank you and to celebrate your many contributions to UVA. In the meantime, let’s continue to work hard.

With heartfelt gratitude for the honor of serving you,

Q&A: Assessing the Risks and Rewards of Pelosi’s Plan to Visit Taiwan END_OF_DOCUMENT_TOKEN_TO_BE_REPLACED

These Giant Wind Turbines, Inspired by Palm Trees, May Be the Future of Renewable Energy END_OF_DOCUMENT_TOKEN_TO_BE_REPLACED