A Much Bigger Screen: Film Festival Welcomes Cinephiles – in Person 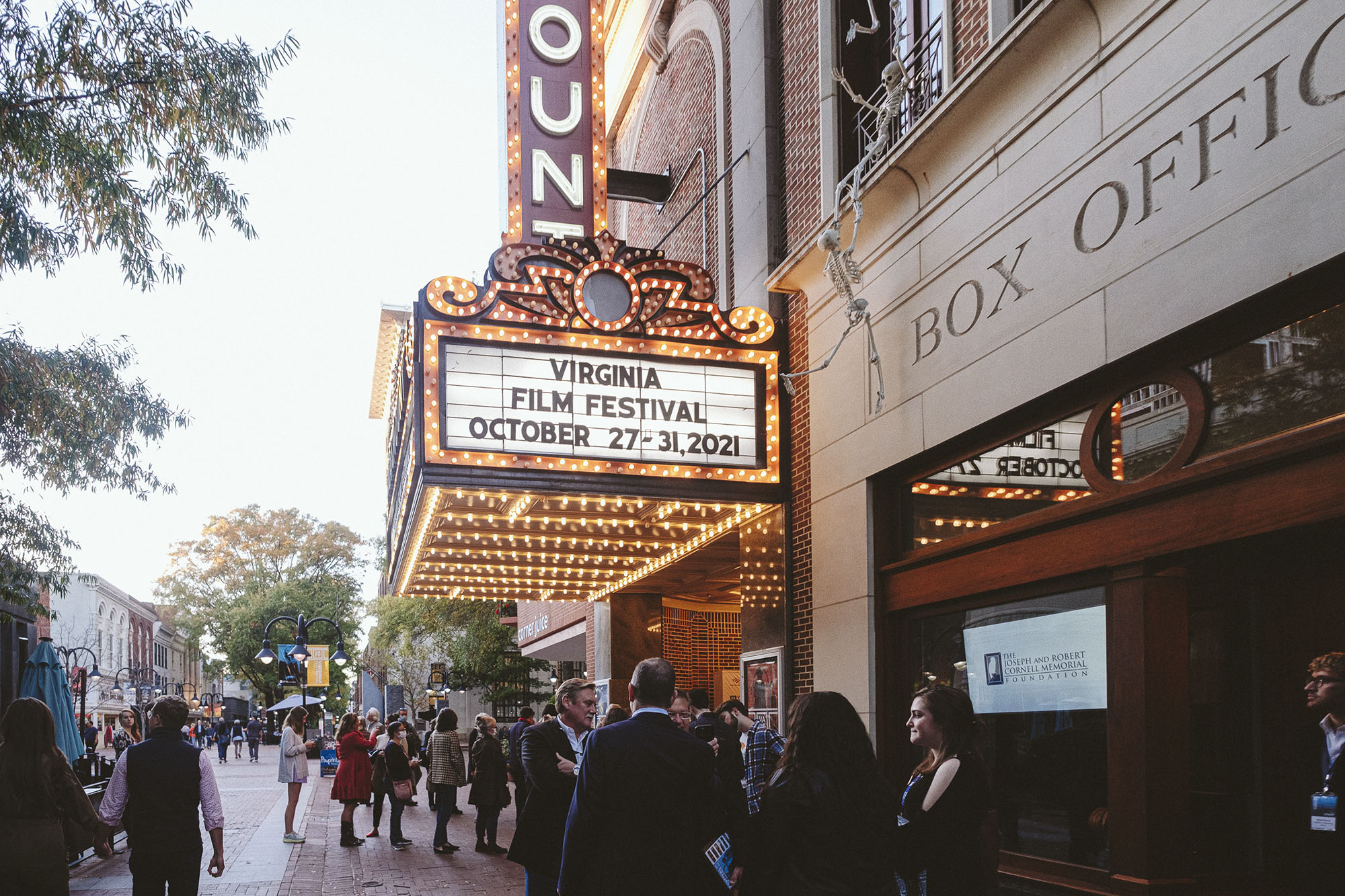 A year after the pandemic forced the Virginia Film Festival to a mostly online format, it is back in theaters for masked and vaccinated audiences. (Photos by Eze Amos)

University of Virginia President Jim Ryan took to the podium Wednesday night to kick off the Virginia Film Festival, with a real live audience in front of him. Already, it was an improvement from 2020.

After operating in a pandemic-limited capacity in 2020 – with most programs held online – the film festival is back in full force, hosting its opening night at the Paramount Theater with a sold-out audience.

Ryan opened his remarks by welcoming viewers back to in-person film screenings.

“It is a total delight to see you live and in 3-D,” he said. “This past year and a half has been challenging, to say the least, which makes this opportunity to connect and celebrate the arts in person all the more meaningful.”

The festival – a program of the University and its Office of the Provost and Vice Provost for the Arts – brings diverse films to local audiences for a five-day experience. 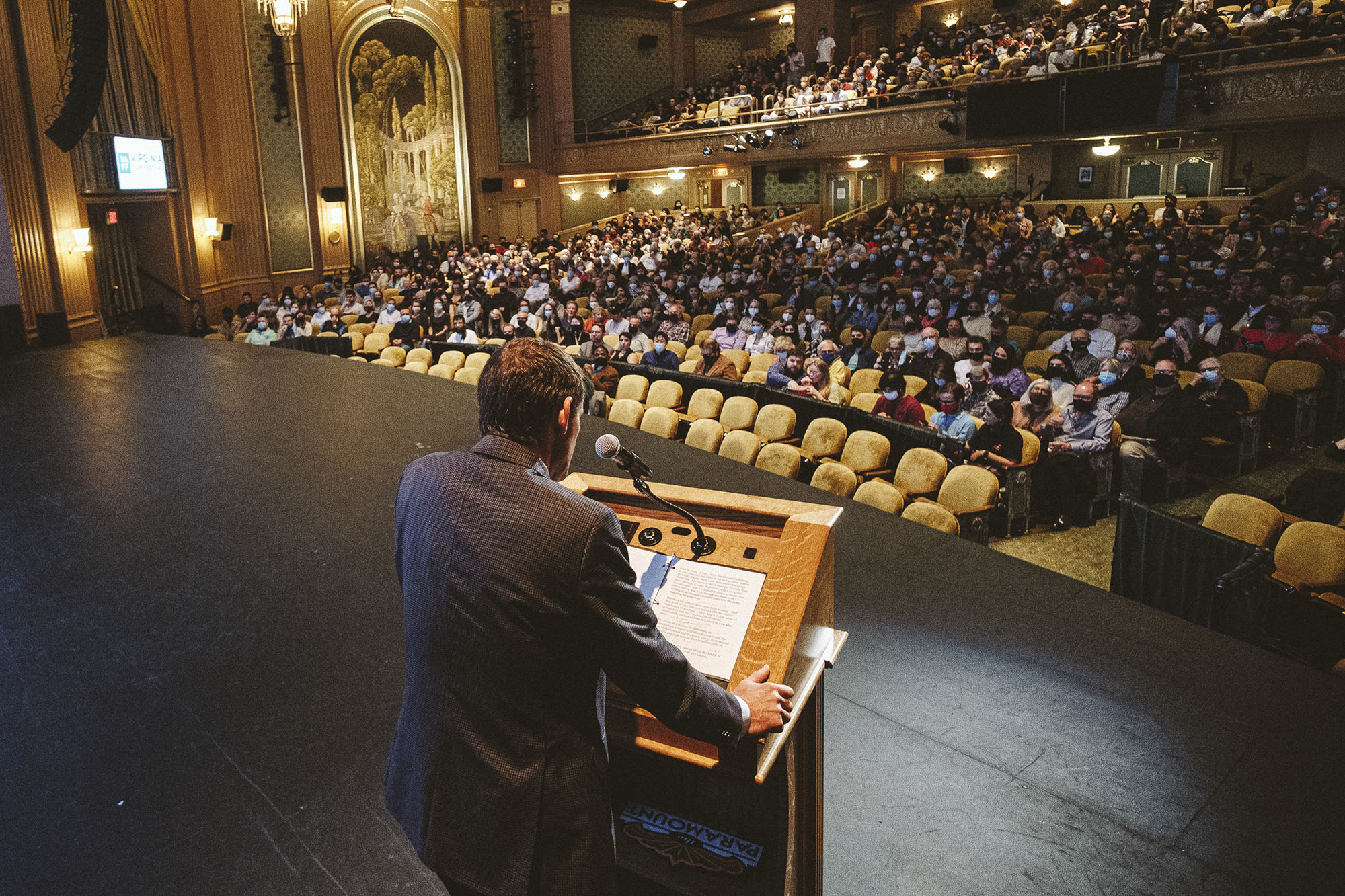 In his introductory remarks, UVA President Jim Ryan said, “There’s nothing quite like the shared experience of watching a film.”

“There’s nothing quite like the shared experience of watching a film, and it’s that sense of community that the Virginia Film Festival creates and has delivered on year after year,” Ryan said. “The festival is rightly known for presenting an extraordinary collection of films that represent the best of Hollywood and beyond and showcases voices from around the world, including voices from right here in the Commonwealth of Virginia.”

“The cinematic experience of the festival is just so unique and hard to replicate on a laptop,” she said. “Requiring masks and proof of vaccination made it feel very safe.

“It was also exciting to engage with my friends about the film afterward.”

Jody Kielbasa, the festival director and UVA’s vice provost for the arts, also shared a few words prior to the screening of the opening night film, “The French Dispatch,” directed by Wes Anderson.

“Words cannot express how deeply meaningful it is for me to stand before you this evening to open this year’s festival and to see such an incredible turnout of people back together again,” Kielbasa said. 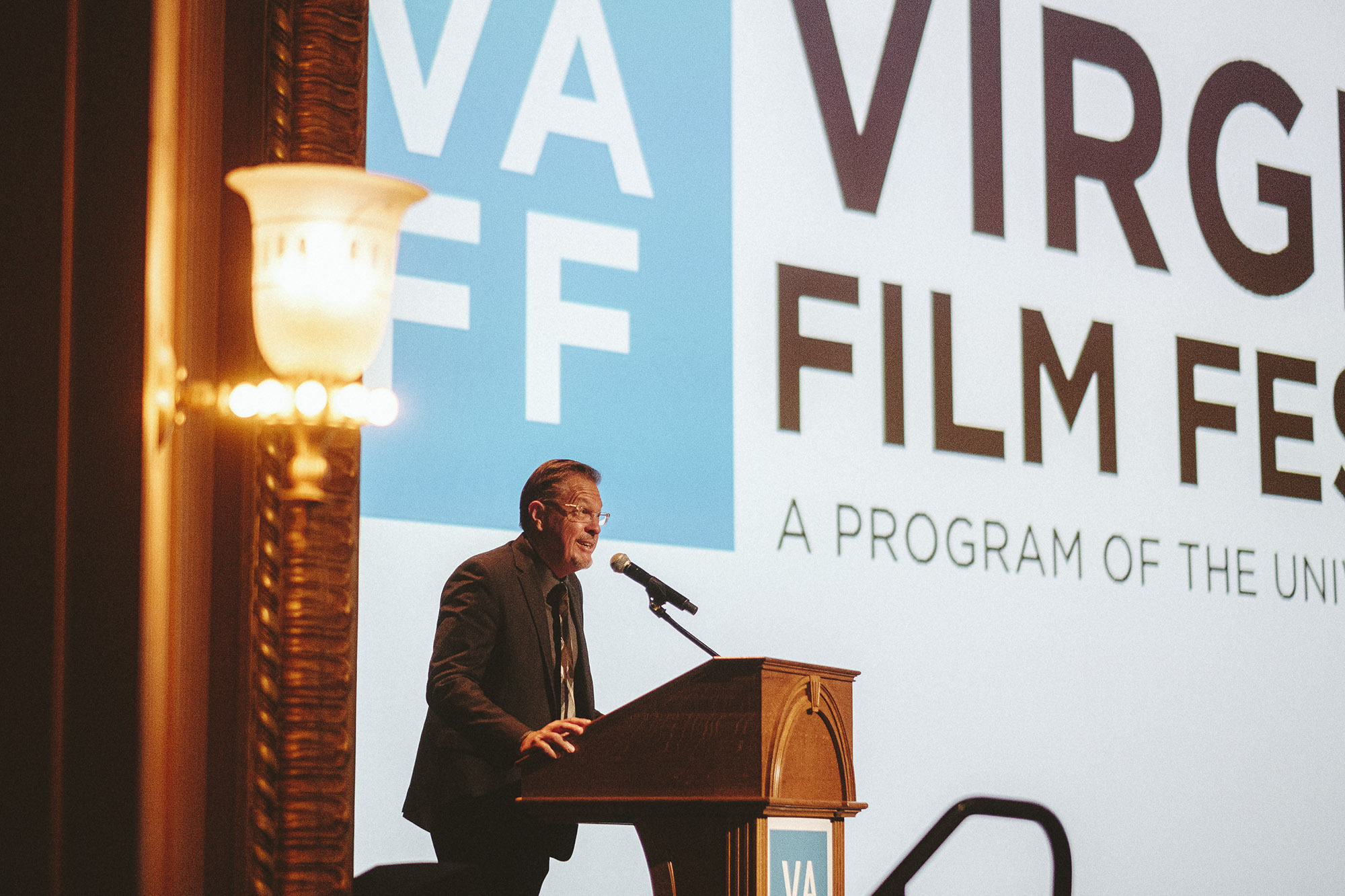 Festival Director Jody Kielbasa and his staff put together a program of some 85 films, to be screened through Sunday.

“The French Dispatch” focuses on a group of journalists writing for a 20th-century magazine in a fictional French city. The film brings to life four stories previously featured in the magazine, each with a range of plots, characters and themes. During the screening, vibrant colors danced across the screen as the audience laughed at the engaging dialogue.

Ryan introduced the film as a fitting start to the festival. “It feels appropriate that the 2021 Virginia Film Festival is kicking off with Wes Anderson’s ‘The French Dispatch,’ because, let’s face it, we could all use a little fun these days,” he said.

Pessner said she saw an outpouring of community support for the festival and the genuine excitement surrounding the lineup. “We were surrounded by Charlottesville community members, and it was clear by the attendance, applause and audible reactions to the film they were overjoyed to be there,” she said.

The festival will continue through Sunday, featuring more than 85 films from various areas, covering a range of topics and genres.

“Our festival includes a strong lineup, with international films that have won awards from top festivals around the world, insightful documentaries, fun and quirky independent films, and of course, a number of terrific films that will likely be frontrunners for Academy Award nominations,” Kielbasa said. “We look forward to sharing the stories of our filmmakers with you over the next few days, and I very much look forward to seeing you out and about at the festival, so be safe.”

What Is Biotechnology? Where Is It Headed at UVA? END_OF_DOCUMENT_TOKEN_TO_BE_REPLACED