New Books From UVA Authors Can Spice Up Your Summer Reading 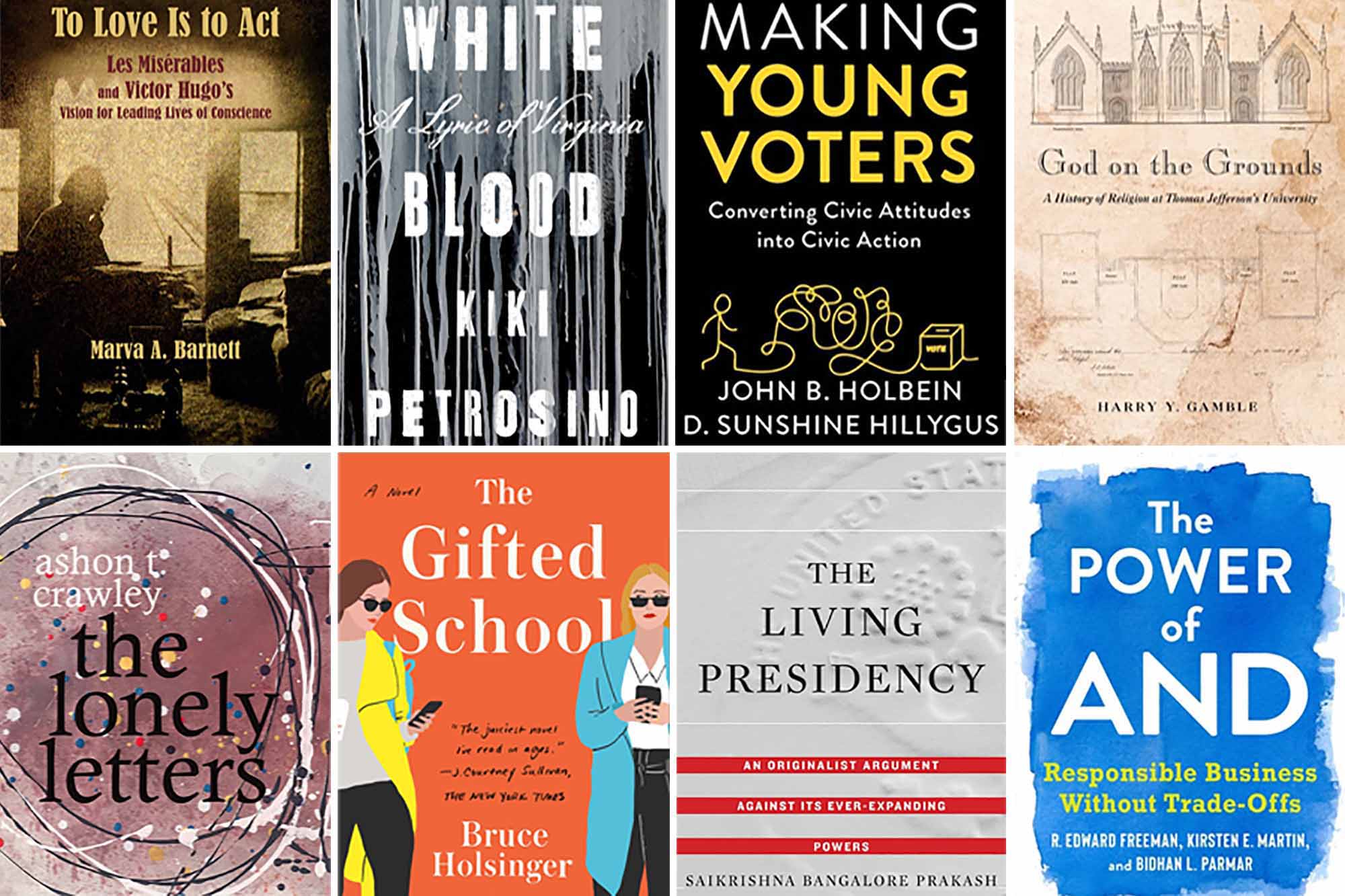 Between University of Virginia faculty and alumni authors, it’s not difficult to come up with a summer reading list of new books that spills well into September.

There’s variety in subject matter, from novels in contemporary settings to genre-bending memoirs to studies of historical topics or politics. The titles mostly come from lists of new books compiled by the Office of the Vice President for Research (which posts new faculty books on its Top Shelf page) and the Creative Writing Program, which tracks books by its alumni. The UVA Bookstore’s Roy Cadoff and Patsy Goolsby also sent some recommendations.

The books that follow are organized alphabetically by author.

It’s Copperhead Season in Virginia. Here Is What You Need to Know END_OF_DOCUMENT_TOKEN_TO_BE_REPLACED

What’s Next for UVA’s Class of 2022? END_OF_DOCUMENT_TOKEN_TO_BE_REPLACED