Q&A: Catching Up With LBJ Expert Ahead of New CNN Documentary 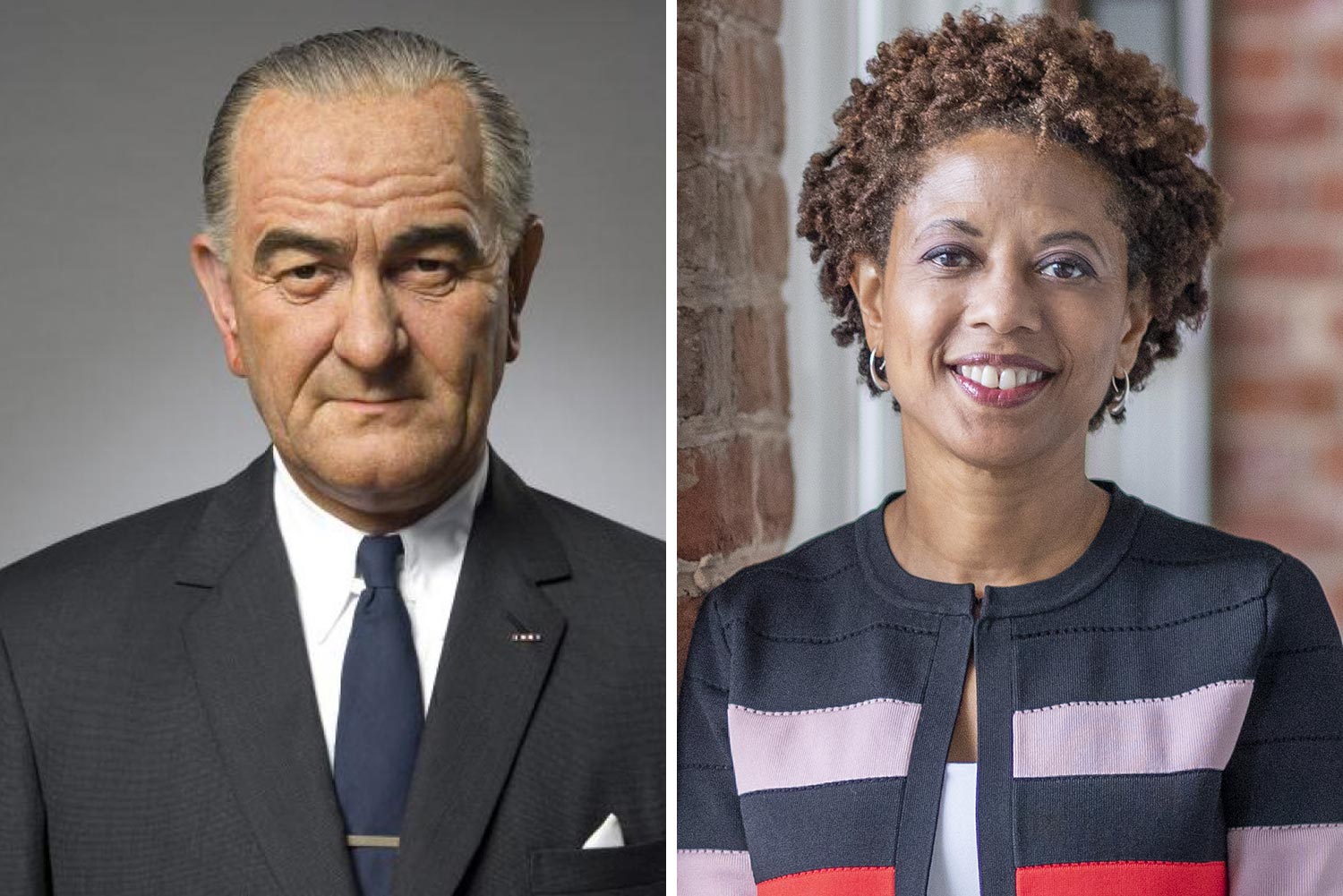 Since 2016, former U.S. President Lyndon B. Johnson has been portrayed in two Hollywood films, was the subject of a nationally recognized podcast series and will soon be the reason for a CNN documentary.

That’s a lot of fresh content for someone who was last in the Oval Office more than five decades ago.

The sudden wave is not surprising to Melody Barnes, the executive director of the Karsh Institute of Democracy at the University of Virginia. Barnes – whose podcast, “LBJ and the Great Society,” was named the ninth-best of its kind by the New Yorker in 2020 – said the complexities of Johnson’s life make him an enticing character for audiences. Also, many of the same issues Johnson fought for while president are once again in the spotlight.

LBJ, who was in the White House from 1963 to ’69 and died four years later, remains a person of interest.

In connection to Presidents’ Day weekend, a four-part documentary, “LBJ: Triumph and Tragedy,” will debut on CNN with back-to-back, 9 p.m. episodes on Sunday and Monday. Barnes, who was interviewed at length for the film, will help preview it Wednesday on CNN as she joins “Don Lemon Tonight” around 11:45 p.m. She appears several times throughout the documentary’s four episodes. Kevin Gaines, UVA’s inaugural Julian Bond Professor of Civil Rights and Social Justice, and Guian McKee, a presidential studies professor at the Miller Center of Public Affairs, also appear in the series. 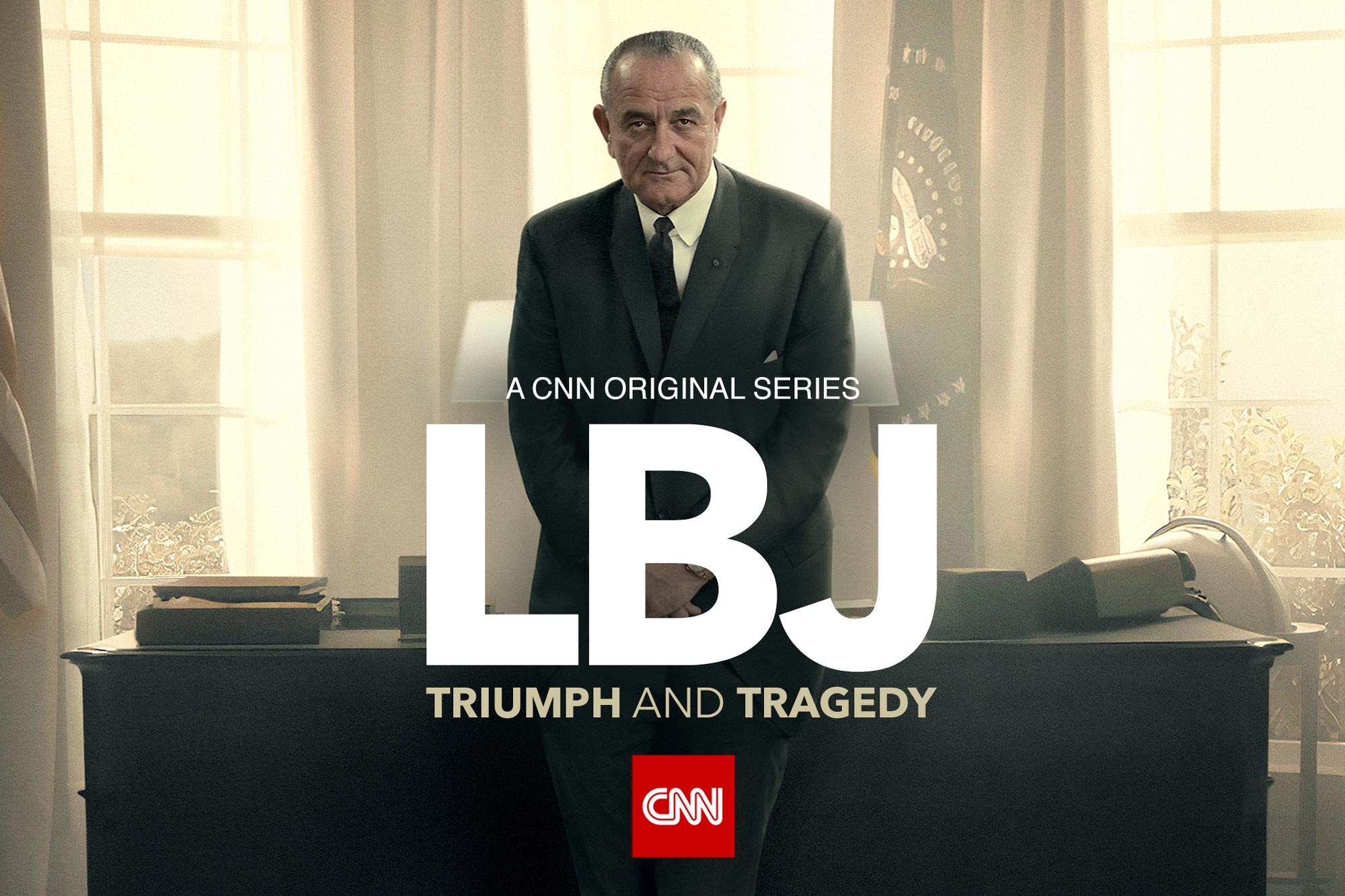 UVA Today caught up with Barnes to talk all things LBJ.

Q. What are your early impressions of “LBJ: Triumph and Tragedy”?

A. It’s fascinating, in large part because we are working with a person who is such a complex and important figure in American history. And I think he’s been confounding to us. How do you pin down Lyndon Johnson? Who is Lyndon Johnson?

I’ve talked with the directors and producers. They said, after interviewing people over the last year and a half, that people who knew Johnson are still learning new things about him. These are people who negotiated with Johnson while he was president, who were part of the civil rights movement. They were learning new things about him and it was shaping their perceptions of him. That’s fascinating.

I think that’s what makes this such an interesting project.

Q. For those who have listened to your podcast, what are some things in the documentary that expand on your work?

A. In talking to people who listened to the podcast, one of the things that they found so interesting was hearing Lyndon Johnson (through the material provided by the LBJ Library and the Miller Center’s Presidential Recordings Program) – hearing his voice and the inflection, hearing him in the negotiations, hearing him pushing and prodding and processing and thinking.

What the documentary does is include that information, but now, you get a multi-faceted perspective. So not only what Johnson was thinking and doing, but interviews with people who were in the room with him, who worked with him; people who were on the other side of the negotiating table from him. People who were allies, but didn’t fully understand what he may have been thinking.

So it’s the opportunity to have multiple perspectives and to look behind the curtain at the same time.

Q. What’s been the reaction to your podcast on LBJ?

A. A few different things. One, people did react to the tapes – and very strongly. It’s one thing when you read about what someone has done, but it’s different when you actually hear that person. So there was a very strong, very visceral reaction to that.

People thought it was interesting that I was visiting that part of American history. I found people have very strong opinions about Johnson. He had such a horrible legislative record on civil rights up until the late 1950s. And then, all of a sudden, he became a strong advocate for civil rights. But even that story has been told in a lot of ways. So I think people have lots of perceptions about Johnson – in some cases, misperceptions. And in some cases, we just don’t know what exactly to think about Johnson.

Some people found it fascinating that an African American was doing this. “But he was a racist,” some have said. “Why are you interested in him?” Or people had views about policy that they thought he advocated for that he hadn’t advocated for.

What I heard most is that people appreciated the opportunity to think about Johnson and to shape, reshape or maybe even deepen their own thoughts and perceptions of him.

Q. Between hosting the podcast and now being a part of the documentary, you’ve been involved in a couple of major projects that feature Johnson. Why are you so drawn to his work, life and presidency?

A. I was born in 1964. I was born in April of ’64, the same year as the Civil Rights Act was passed, a year before the Voting Rights Act was signed into law. And in addition to those laws, there’s the Elementary and Secondary Education Act, the Higher Education Act, creation of the National Endowment for the Humanities and the National Endowment for the Arts, significant environmental laws. All those pieces of major legislation are still with us today, though some have been undermined. All of them affected and changed my life.

That shift in American policy created pathways for me and for people like me, and indeed for all Americans, no matter their race, gender, religion, etc. It transformed how we engage with one another and how we see ourselves as Americans. And as a result of that, I know that period, and the president who worked with movement leaders and who signed those pieces of legislation into law, is important to America. But it is quite personal; that work is directly connected to the shape of the current of my life.

Johnson is also so complex. There are things to cheer about. He also hurt himself and the country in significant ways. It’s Shakespearian in many ways and I find that to be interesting.

Q. It seems others are drawn to him as well, as more content is being created with Johnson as the subject. Is he a unique president in this sense?

A. I think he is. If you ask people to check off American presidents, there are a number of them that people don’t remember.

He was also the president who reassured the country after the [John F. Kennedy] assassination. He delivered on civil rights, deepened our engagement in Vietnam and so many other things that happened during the five years of his presidency. People have very strong, reflexive reactions to who he was.

He had so many layers. I think that’s what makes him a character of interest, and a president of real interest to many Americans and people around the world.

Q. If LBJ were president today, how would he lead a divided country?

If you look at how he accomplished what he accomplished after Kennedy’s assassination, it was because he understood the process. At the same time, he didn’t have a magic wand. He lost Medicare the first go-round because he just didn’t have the votes. And then he wins big in 1964 and he understands you’ve got a period as a president when the wind is at your back and you’d better use it. So he did. With big majorities in Congress, the support of the American people, and his legislative prowess, he accomplished then what few imagine any president could accomplish today.

So I imagine he’d use many of the same legislative skills that he used before. But he’d also recognized that you either have the votes or you don’t. And he would press to get those votes. But as my former boss, U.S. Sen. [Edward] Kennedy used to tell me, one person can stop something in the Senate. So, math is math.