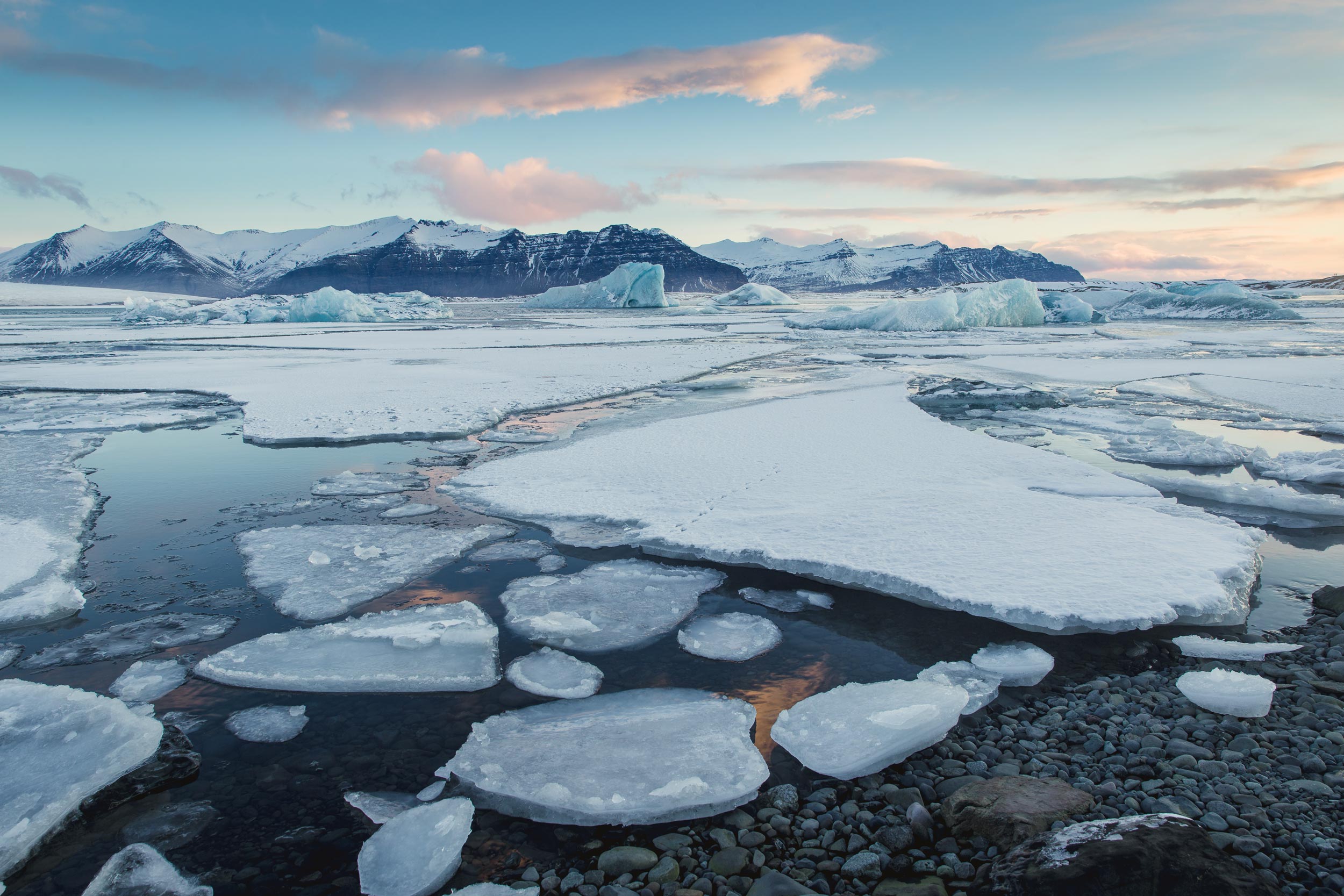 The Future of the Arctic, According to UVA Researchers

When you think of the University of Virginia at this time of year, you might picture summer turning into fall, sunny days on the Lawn and leaves just starting to change color.

You might not picture vast expanses of treeless open tundra or freezing ocean – but maybe you should.

UVA has a growing and influential presence in the Arctic. Beginning Monday, faculty members, students, invited guests and other registrants will gather on Grounds for “Bridging Science, Art and Community in the New Arctic,” a symposium taking a holistic look at the future of one of Earth’s most rapidly changing and critically important regions. Six students from Alaska, designated as “Arctic Youth Ambassadors,” will also attend to provide firsthand perspective and insight from those living and working in Arctic communities. (Find more information and a full symposium schedule.)

The symposium is a result of a unique collaboration among faculty from different disciplines throughout UVA, including environmental sciences, music, landscape architecture, art and architecture.

The Arctic CoLab brings together UVA researchers and students who are studying everything from the environmental effects of extreme climate and climate change on Arctic ecosystems to the design of buildings, towns and cities, and the intricacies of international maritime law surrounding the Arctic. One faculty member, music professor and Alaskan native Matthew Burtner, even makes music there, composing tracks inspired by and including, for example, the sounds of Arctic glaciers. 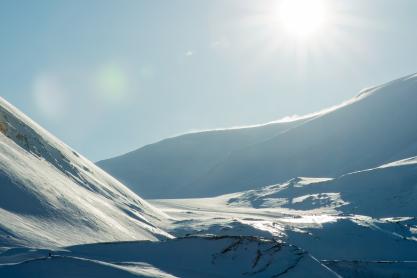 The Next Frontier: Architecture Professors, Students Design for the Arctic 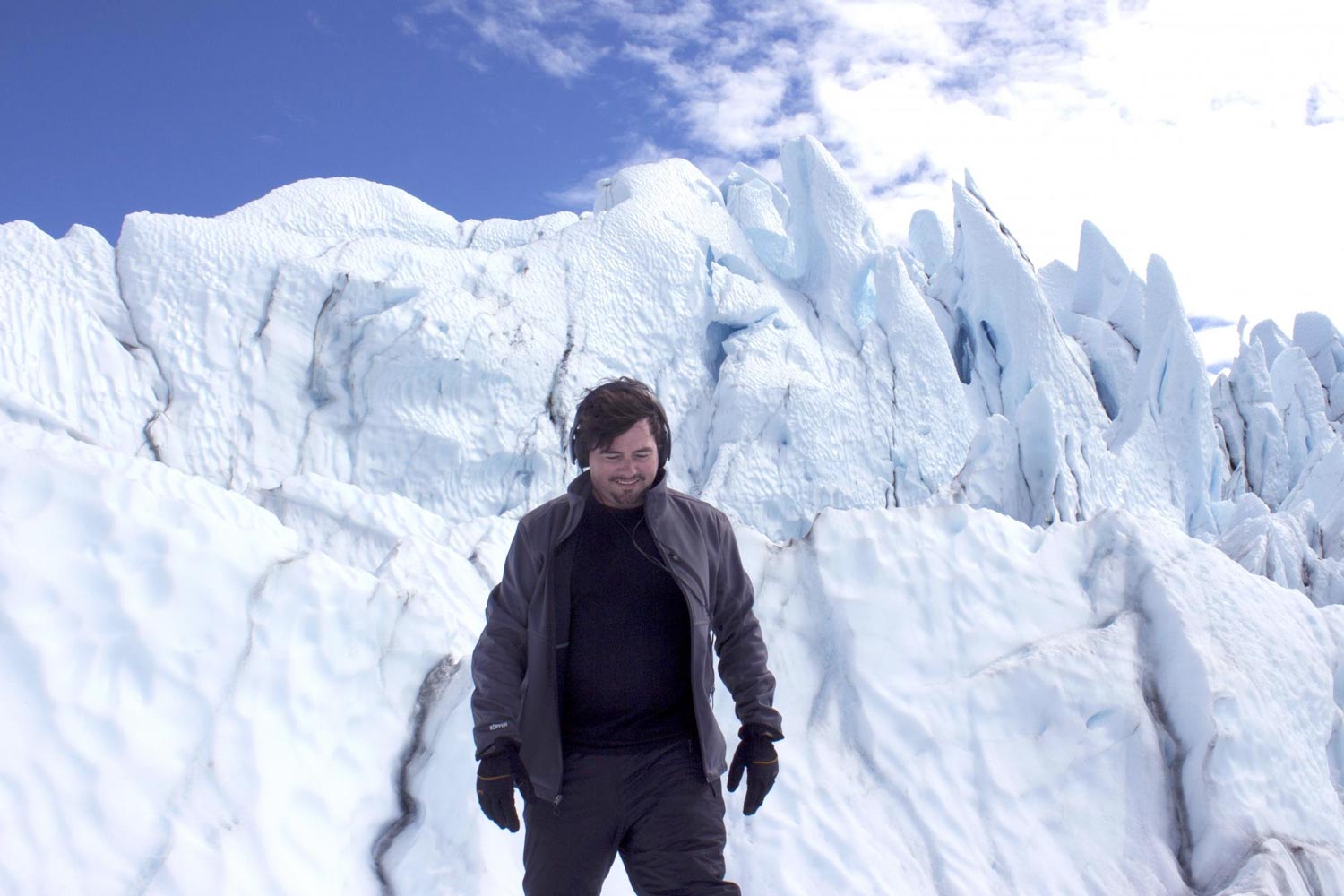 “Since the time when I was a kid growing up on Alaska’s North Slope, the Arctic has experienced rapid and unprecedented environmental change,” Burtner said.

“I studied music intensely during this time of conspicuous change and so it is probably not surprising that my musical approach is deeply entwined with the Arctic environment. These changes are only accelerating in recent years, and I am particularly excited that our conference will involve the Alaska Youth Ambassadors who are at the forefront of the new Arctic,” he said, noting also the performance of four-time Grammy and MacArthur Award-winning ensemble Eighth Blackbird during the symposium.

“We realized we had a small but very vibrant and productive group of UVA researchers focused on the Arctic,” said environmental sciences professor Howard Epstein. He has been conducting research in the Arctic for 23 years, traveling to the northernmost regions of North America and Russia each year to study changes in vegetation patterns and landscape formations as a result of climate change and other human impacts. 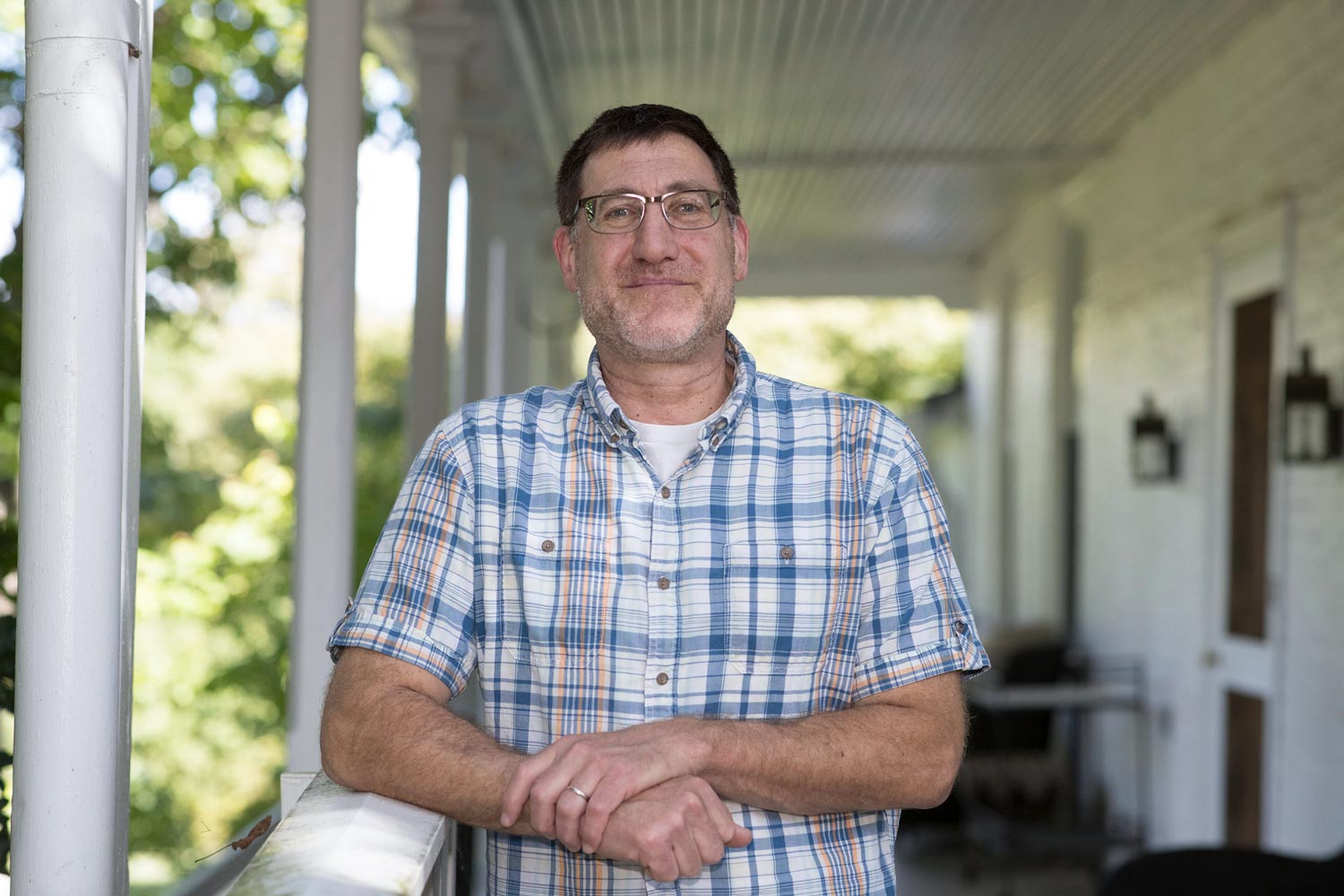 Q. The title of the conference is “Bridging Science, Art and Community in the New Arctic.” How would you define “New Arctic”?

Epstein: It’s a term that has been thrown around a lot and one that we plan to discuss next week. Many people believe the Arctic is entering a new phase, with a very different climate and a much more open Arctic Ocean, as sea ice melts and opens up shipping routes. More people may be moving to the Arctic, and there is still a lot of oil and gas exploration and production.

Jull: The Arctic, of course is a region where people have lived for millennia. But this is an essential time in the face of a lot of new stressors from climate change and increasing economic interests. Historically, many development efforts in the region have been harmful and misguided, both in terms of the people who live there, or toward the environment. Our intention in using the “New Arctic” term is to rethink about new approaches to engaging with northern communities, perhaps by providing more opportunities for youth from native communities to become scientists or architects, and to integrating our own cross-disciplinary expertise to be more effective in our work. 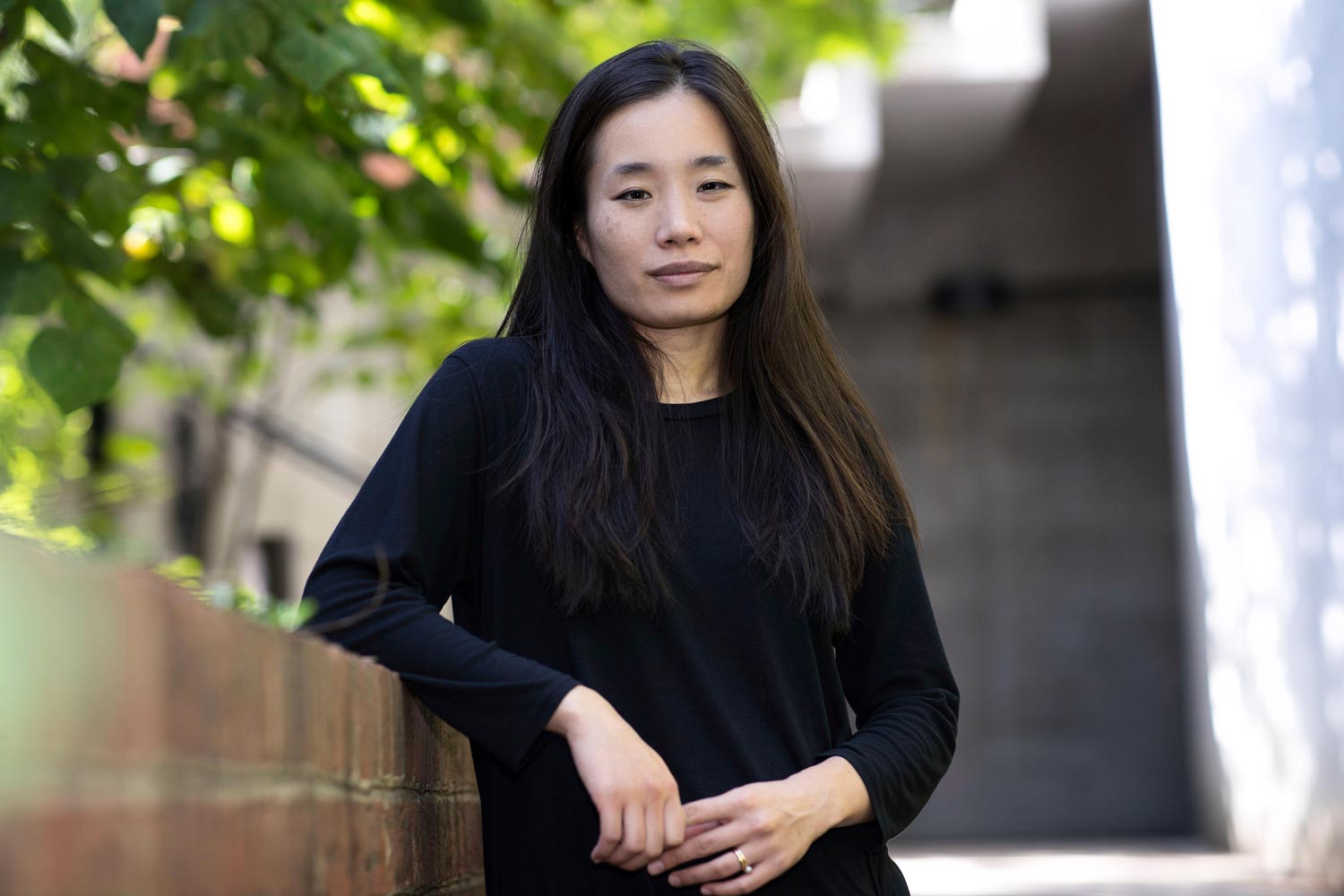 Cho: Various desires and ambitions toward different futures in the Arctic are merging together in a very short time period, often at odds with each other. As researchers, educators and practitioners working in this region, we have a responsibility to listen and bring together voices. How we go about understanding and shaping those conversations, in the face of climate change, will shape the future direction of the Arctic.

Q. What are the most critical concerns or issues you are focused on in the Arctic right now?

Epstein: Loss of sea ice on the Arctic Ocean is huge, as is the thawing of permafrost. Permafrost stores a lot of carbon that could ultimately be released as carbon dioxide or methane, both greenhouse gases. The effects of reduced sea ice and permafrost on climate are largely unknown. 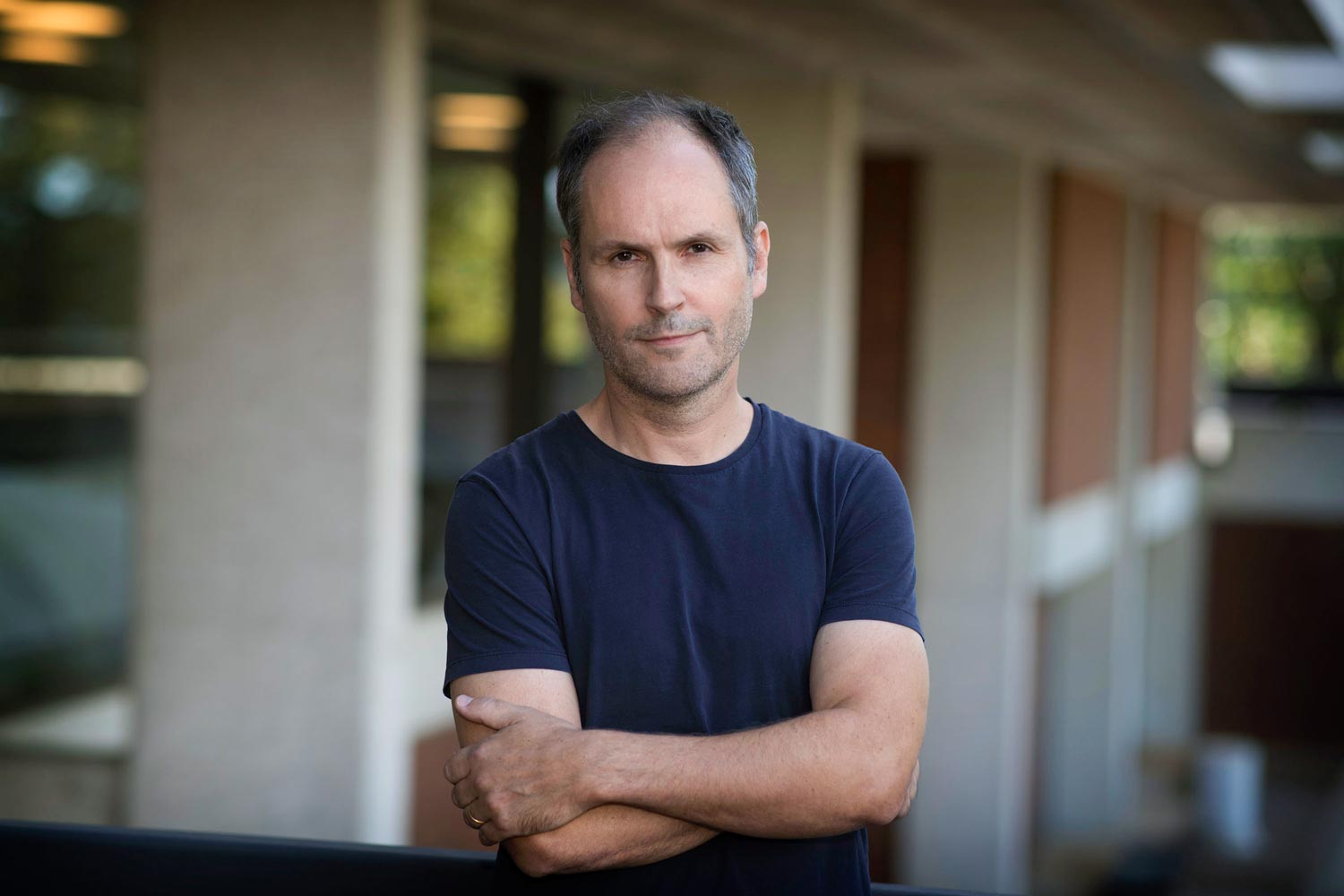 Jull: From a design perspective, there are myriad problems and challenges. Too often, in the past, the design of buildings and cities was simply imported and slightly modified from more southern, temperate latitudes, or simply prioritized engineering approaches.

This has had major adverse impacts throughout the Arctic that are now being amplified by climate change. We are working with colleagues from a wide range of disciplines, and with communities and experts from across the Arctic, to learn more about how we can do better and create stronger links between cities, buildings, people and the natural environment. Ultimately, lessons we learn from such an extreme and dynamic environment will help us address the impacts from climate change in other regions of the world.

Cho: The deep ties between the climate and the ways of living are foundational to the cultural and spatial practices in the Arctic. In many cases, they have been severely challenged or severed due to the development of infrastructure that sedentarized movement and self-adjustments to environmental changes. Any future infrastructure projects, especially concerning climate change, need to address this cultural core of the Arctic.

Another related challenge is the public spaces outdoors. They are a part of the community infrastructure, and how they are designed and used, despite the fact that they are in a place that is cold and muddy through much of the year, will influence the dynamics of cultural practices and qualities of living.

Q. How can UVA and other universities help address these concerns?

Jull: UVA is incredibly well-positioned to expand our research expertise on the Arctic, with leading researchers from a wide range of disciplines and a rich culture of collaboration across Grounds that organizations such as the Center for Global Inquiry and Innovation help sponsor. We are also situated right next to our nation’s capital, where many of the decisions that affect the Arctic will be made.

This is a pivotal moment for us. We have the expertise, and now is the time to leverage this to expand and strengthen a University-wide research platform focused on the Arctic. I am really looking forward to discussing that next week.

Epstein: There are clear interactions among researchers across UVA – from the natural and physical sciences, to the buildings and infrastructure, to the laws that govern the region and the economics that motivate development. It makes sense to bring in people from science, design, the social sciences and the arts to talk about these ideas collectively. Academia can do that, and we can share those ideas with the public and with policymakers.

Cho: Collectively we need to raise awareness of the issues that impact many of the Arctic communities and landscapes. The Arctic is no longer at the “periphery” of things; its issues have global implications and are central to understanding and designing our environmental futures.

Cho: Despite all of the changes that are happening in the Arctic, my hope is that it is not just viewed as a vulnerable territory. It’s so important to address these challenges that directly impact the liveliness of communities, but at the same time, the environmental knowledge, technological ingenuity and spatial and cultural inventions that have developed in these communities over the past thousands of years need to be foregrounded.

It’s a place replete with innovation and creativity. That is one reason I am so glad to have the Arctic Youth Ambassadors attending next week.

Jull: I am quite worried. I hope that the rise in global temperatures, decrease in sea ice, and rise in sea level do not happen as quickly as is being predicted.

One of the effects is that this has catalyzed an increased effort to work together across disciplines to address these changes – to invent new technologies, and develop resilient buildings, cities and communities that are more socially, culturally and environmentally integrated and to understand their impact on and interaction with the natural environment.

I hope the University will continue to expand its support for these efforts and to strengthen our role as a global leader in this frontier of research. We need to face the challenges of an uncertain future, and the Arctic is the bellwether of these changes. Now is the time for us to lead in helping communities at the forefront of this transformation, and to fundamentally rethink how we live in an increasingly dynamic and changing world. 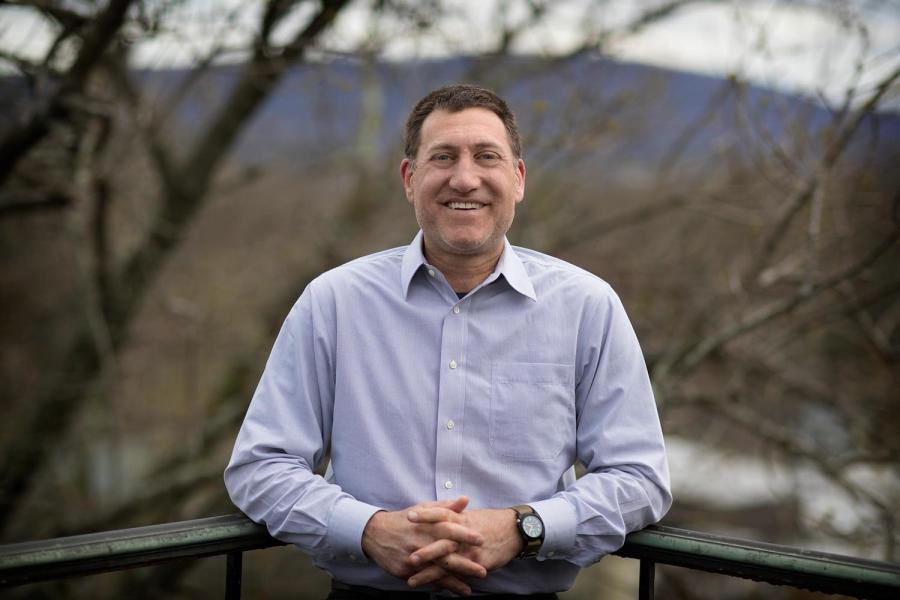 Q&A: Gaining a Bird’s Eye View of the Greening of the Arctic 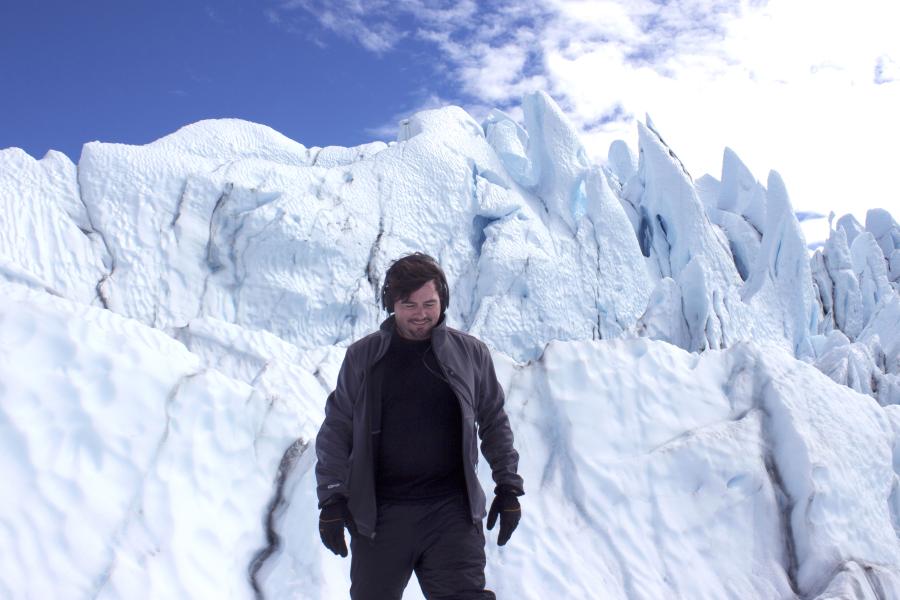 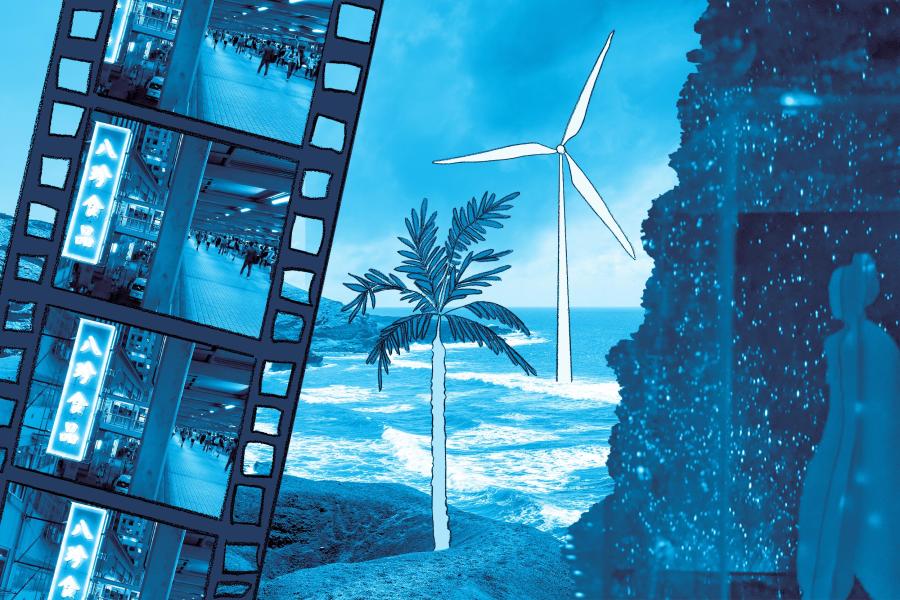