Q&A: What Parents Need to Know About Sports-Related Concussions 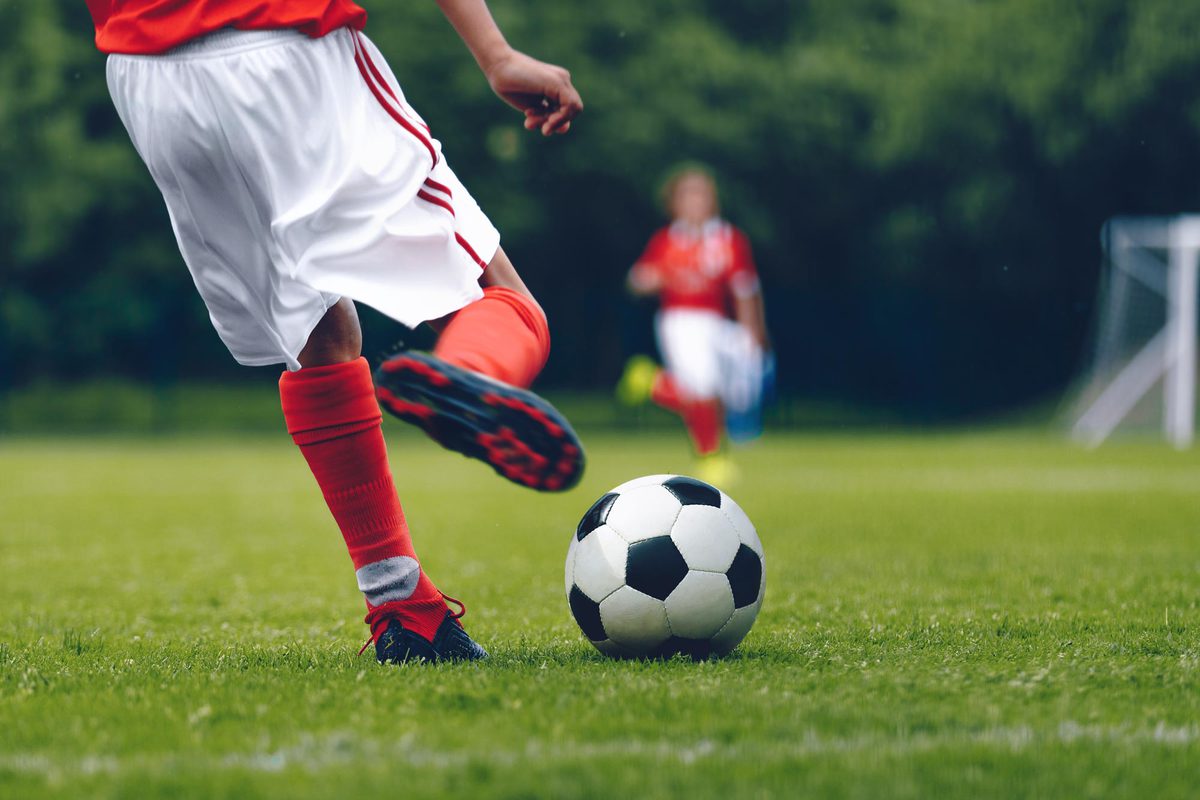 Jacob Resch and his wife, Celeste, have two active sons. Their 6-year-old participates in baseball, basketball, karate, soccer, swimming and tennis. Their 4-year-old does golf, swimming, tee-ball and tumbling.

The Resches love that they are helping lay the foundation for a healthy lifestyle through exercise. But, like most parents, they worry about potential injuries associated with playing sports.

One injury in which Jacob Resch is well-versed is concussions.

Resch, an assistant professor of kinesiology and co-director of the Exercise and Sport Injury Laboratory in the University of Virginia’s Curry School of Education and Human Development, has worked extensively on concussions through UVA’s Brain Institute and is an executive committee member of the Brain Injury and Sports Concussion Center, which was established in 2002.

Currently, Resch is collaborating with researchers from UVA’s schools of Engineering and Medicine on several projects that range from the prevention of sport concussions to better understanding how they occur through advanced neuroimaging techniques.

UVA Today caught up with Resch.

Q. In a recent op-ed you wrote for the Richmond Times-Dispatch, you said boys and girls who play soccer experience some of the highest concussion rates in youth sports. Given all the talk about concussions in football, do you think this is something that flies below the radar?

A. Despite American football receiving the most attention related to sport concussion, athletes who participate in other sports such as soccer, equestrian, lacrosse and wrestling are not immune to the injury. It is important to note that concussions also occur outside of sport via motor vehicle accidents and falls as well as other causes.

Parents and their children should be familiar with the signs and symptoms of a concussion in order to seek medical care in the event of a suspected injury following a sport- or non-sport-related injury. The importance of recognition of the signs and symptoms of concussion and removal from sport is imperative to reduce the likelihood of a prolonged recovery and rare, yet catastrophic injuries.

Q. What are the various ways that soccer players can sustain concussions, what are some warning signs that they have in fact sustained one, and what should parents do if they think their child has one?

A. Soccer athletes may sustain a concussion in a similar manner to other sports. For example, concussions may occur because of head-to-body contact, head-to-ground or goalpost contact, head-to-ball contact – heading the ball or an unforeseen hit – as well as being hit elsewhere on the body, resulting in a whiplash-type mechanism.

Following one or more of the aforementioned hits an athlete may be slow to rise, have difficulty maintaining balance while running back to the huddle or sideline, have a vacant stare, may appear to be confused, and/or have difficulty remembering things. For example, running the wrong play or continually asking “What happened?” or “What’s the score?”

An athlete may also experience a loss of consciousness (a blackout) or experience amnesia; however, these signs only occur in 10% to 20% of athletes diagnosed with a concussion, respectively. Additionally, athletes may report a headache, dizziness, difficulty concentrating and/or sensitivity to light or noise amongst other symptoms. If any of these signs or symptoms of concussion are observed or reported, the athlete should be removed from practice or competition and referred to a health care provider.

It is also important to note, an athlete may have no visible signs of a concussion or experience any concussion-related symptoms for several hours up to two days following their injury. If an athlete reports symptoms of a concussion – headache, difficulty concentrating, sensitivity to light – a day or two after potential injury, parents/guardians should notify their school’s certified athletic trainer or other health care provider for further evaluation. 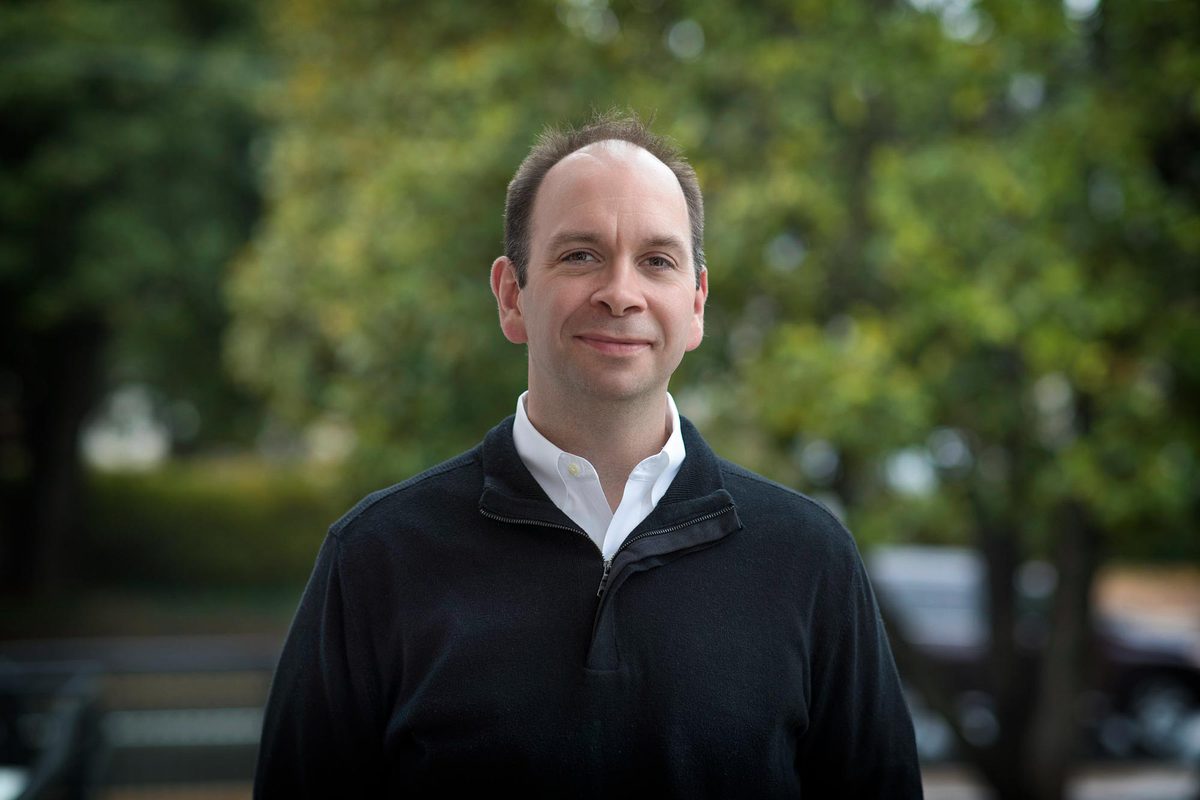 Q. You wrote that female soccer players are more likely to sustain concussions than their male peers. Are there any theories why?

A. Several theories exist why female athletes may experience a higher incidence of concussion compared to male athletes who participate in a similar sport (e.g., soccer or basketball). Factors such as neck strength and willingness to report a suspected injury are suggested to be associated with an increased number of concussions in female sports compared to their male counterparts.

A recent review my colleagues and I performed on females and sport concussions addresses these theories and other topics specific to female athletes in greater detail. Our review also addresses other beliefs, such as “females take longer than males to recover following a sport concussion.” The evidence to support this belief is mixed. In fact, University of Virginia female athletes tend to recover a few days earlier compared to male athletes when controlling for factors that may influence recovery, such as symptom severity. Our preliminary findings reinforce that each athlete – regardless of biological sex – should receive patient-specific care, as opposed to a “one-size fits all approach.”

Q. Has there been any new legislation over the last several years within the state to address concussions and, in your opinion, how much more needs to be done?

A. Each state, including the District of Columbia, have some form of concussion legislation. In recent years, some states have mandated the creation and implementation of return-to-learn protocols to supplement parent/guardian, student-athlete and stakeholder education, removal of an athlete suspected of having a concussion from practice or competitions, and receipt of a specified health care provider’s clearance prior to unrestricted return-to-play.

Research is mixed regarding the effectiveness of state “concussion” laws, in that some data suggest the number of concussions has increased, due to increased recognition, following the implementation of state legislation. However, other studies have reported no difference in reporting behaviors. The tenets of each state law are appropriate; however, barriers exist at the secondary school level to full implementation.

Q. What’s the biggest misconception you come across about concussions?

A. The largest, and in my opinion, the most frightening misconception about concussions is the belief that one or more concussions result in long-term consequences. The majority of athletes diagnosed with a sport concussion will recover within approximately two weeks following their injury. Some athletes may take longer to recover, and that is OK.

Concussions are highly individualized injuries. It is important that parents or guardians understand that their child may experience a variety of symptoms following a concussion and some athletes will take less or more time to recover than others.

To facilitate a more typical recovery, it is important to report a suspected concussion to facilitate prompt medical care in order to increase the likelihood of positive outcomes. If a parent is concerned that their child is taking a longer-than-normal time to recover, they should discuss their concerns with their certified athletic trainer or other health care professional, as treatments may be available to treat specific symptoms that may facilitate a more complete recovery.

“If your school does not employ or have access to a certified athletic trainer, it is time to ask the question, ‘Why not?’”

Q. Can you tell us a little bit about the work you’re doing in the digital technology space relating to concussions?

A. In one study funded by DARPA, I’m collaborating with Dr. Laura Barnes and Mehdi Boukhechba in the School of Engineering and Dr. Rebecca Dillingham of the School of Medicine to design and deploy a smartphone application to detect the symptoms of a concussion and/or an illness such as a cold or the flu.

This high-stakes study is imperative, as up to 70% of concussions may go unreported. Several reasons have been identified as why athletes may not report their concussion, one of which is not recognizing the signs and/or symptoms of their injury.

If successful, our novel system will detect the presence of a concussion via everyday smartphone usage patterns. For example, if our system detects that concussion symptoms are worsening, an  individual could be notified to follow up with a medical professional. Alternatively, the system could notify the student-athlete’s athletic trainer, making them aware of the suspected injury in order to follow up with the athlete. This application has applicability to sport, the military and everyday life to detect otherwise undiagnosed concussions.

Q. The data you and your colleagues have collected indicates that a large percentage of parents are undereducated about concussions. What’s the biggest things parents can do to help themselves in this regard, no matter what sport their child is playing?

Education is the first and most important step to help identify student-athletes presenting with the signs and symptoms of sport concussion in order to refer them to the appropriate health care professional for further evaluation.

If your school does not employ or have access to a certified athletic trainer, it is time to ask the question, “Why not?” A growing body of evidence supports the certified athletic trainer’s role and expertise in the management of sport concussion, as well as the reduction of catastrophic injuries and sudden death at all levels of sport. If your child is participating in a sport that is associated with a high risk of injury such as sport concussions, it is time to ask, “Who is caring for my child-athlete?”