Recognizing the Human Need for Community Is Essential in Addiction Treatment 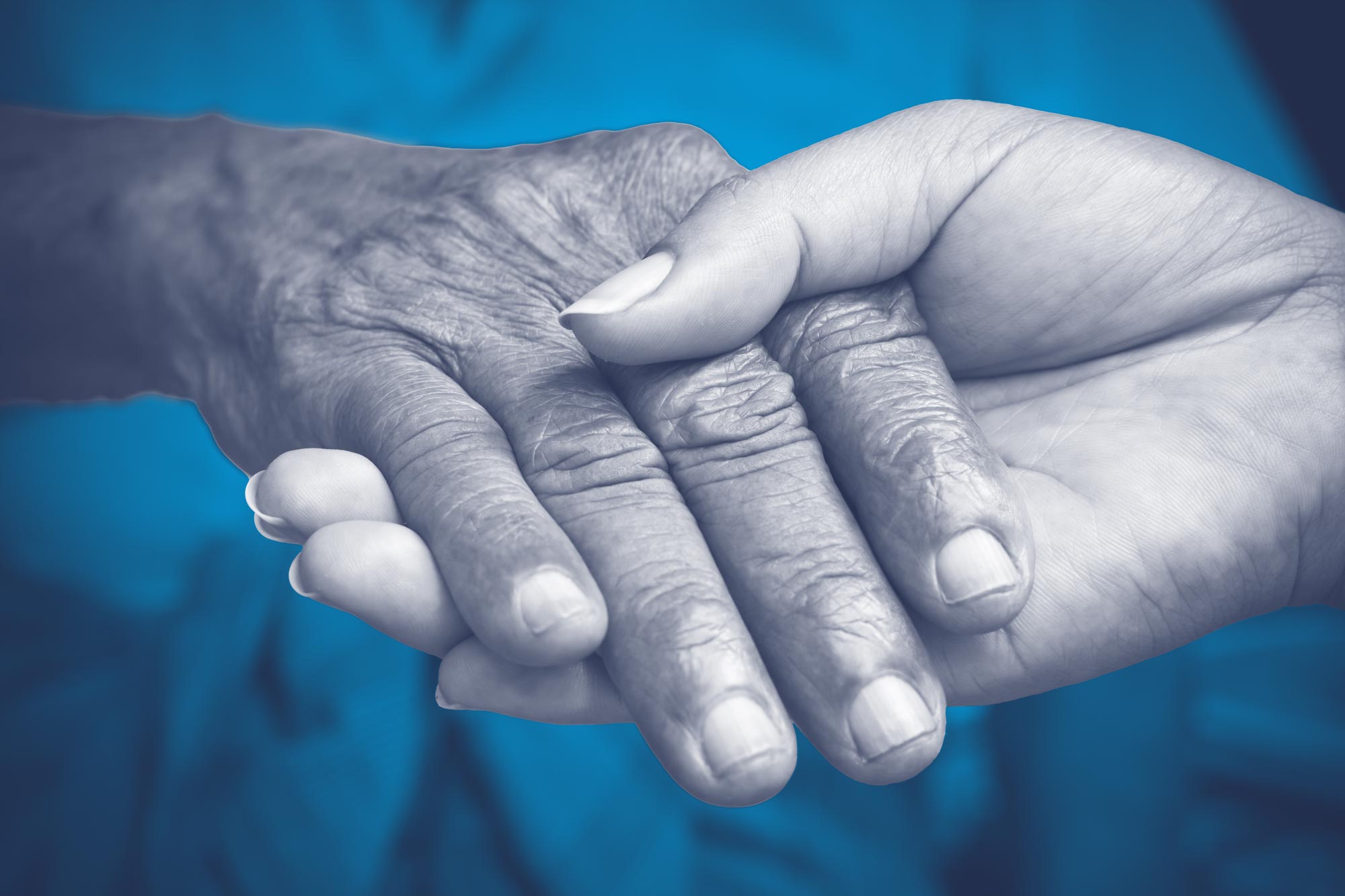 The isolation caused by the coronavirus pandemic has been tough for most people, but it’s been particularly difficult for people with drug addictions.

Last month, the National Center for Health Statistics reported that deaths from overdoses spiked by 30% in the U.S. from 2019 to 2020, when more than 90,000 died from overdoses. In Virginia, the increase was more than 40%.

Two University of Virginia anthropology professors who study cultural and social systems related to substance abuse and treatment discuss here what accounts for the rise in overdose deaths, offer ideas for understanding this health crisis and suggest different ways of healing. Recognizing our human need for community should be an essential part of helping people with substance abuse addiction, they say.

Jarrett Zigon, the William and Linda Porterfield Professor of Bioethics and professor of anthropology, has been researching for 15 years how people with drug addictions are treated, doing fieldwork around the world. His latest book, “A War on People: Drug User Politics and a New Ethics of Community” was published in 2019.

Associate professor China Scherz has led studies in Uganda and Southwest Virginia in recent years that look at the impact of non-medical treatments for alcohol and substance abuse, particularly involving religious participation. She received seed funding from UVA’s Brain Institute to look at several interventions and is continuing that research with a $270,000 National Science Foundation grant.

“Overdoses have been awful since the pandemic,” Scherz acknowledged, “but it’s been a continuing pattern that was already happening, mainly because of fentanyl circulating.”

Fentanyl is a synthetic opioid 50 to 100 times more potent than morphine. The pharmaceutical is used in hospitals to treat pain; illegal dealers increasingly mix it with other drugs, including heroin, cocaine, methamphetamine and MDMA. The unknown combinations of these street drugs are very dangerous for users.

“Addiction is often called a disease of loneliness, and during the pandemic, many more people experienced loneliness.”

The simple fact that people buy their drugs in an underground, unregulated, illegal market is the “primary driver” of overdose deaths, Zigon wrote in email. “They have no idea what they are buying. It is impossible to buy heroin – 100% pure heroin – on the street. Instead, people buy a bit of heroin cut with all kinds of contaminants, from baking soda to fentanyl.” Consequently, they do not know the potency of the substance they use. This not knowing is the primary driver of overdose, Zigon explained.

The rise in overdose deaths “doesn’t come as any surprise to those of us who work in this field or are aware of the issue,” said Zigon, who directs UVA’s Undergraduate Bioethics Program.

“Addiction is often called a disease of loneliness, and during the pandemic, loneliness is something that many more people experienced,” he said.

Zigon suggested that the advice on “social distancing” sent a distorted message. “‘Physical distancing’ would have been a more precise description of what was needed in the COVID pandemic, and wouldn’t have suggested that one needed to become isolated in order to be safe,” he said.

“Shifts in drug markets and isolation intersected,” Scherz said. “Using drugs alone is particularly dangerous with no one to help you.”

She noted that “for a period of time during the pandemic, the drug supply was unreliable and some people lost tolerance. This is similar to what happens when people are imprisoned or in abstinence-based programs and then go back to taking drugs when they are released; the risk of overdose is higher because they don’t know what they’re getting, and their bodies’ tolerance has lowered. Also, when there’s a fluctuating and uncertain supply, drugs get cut and mixed even more.” 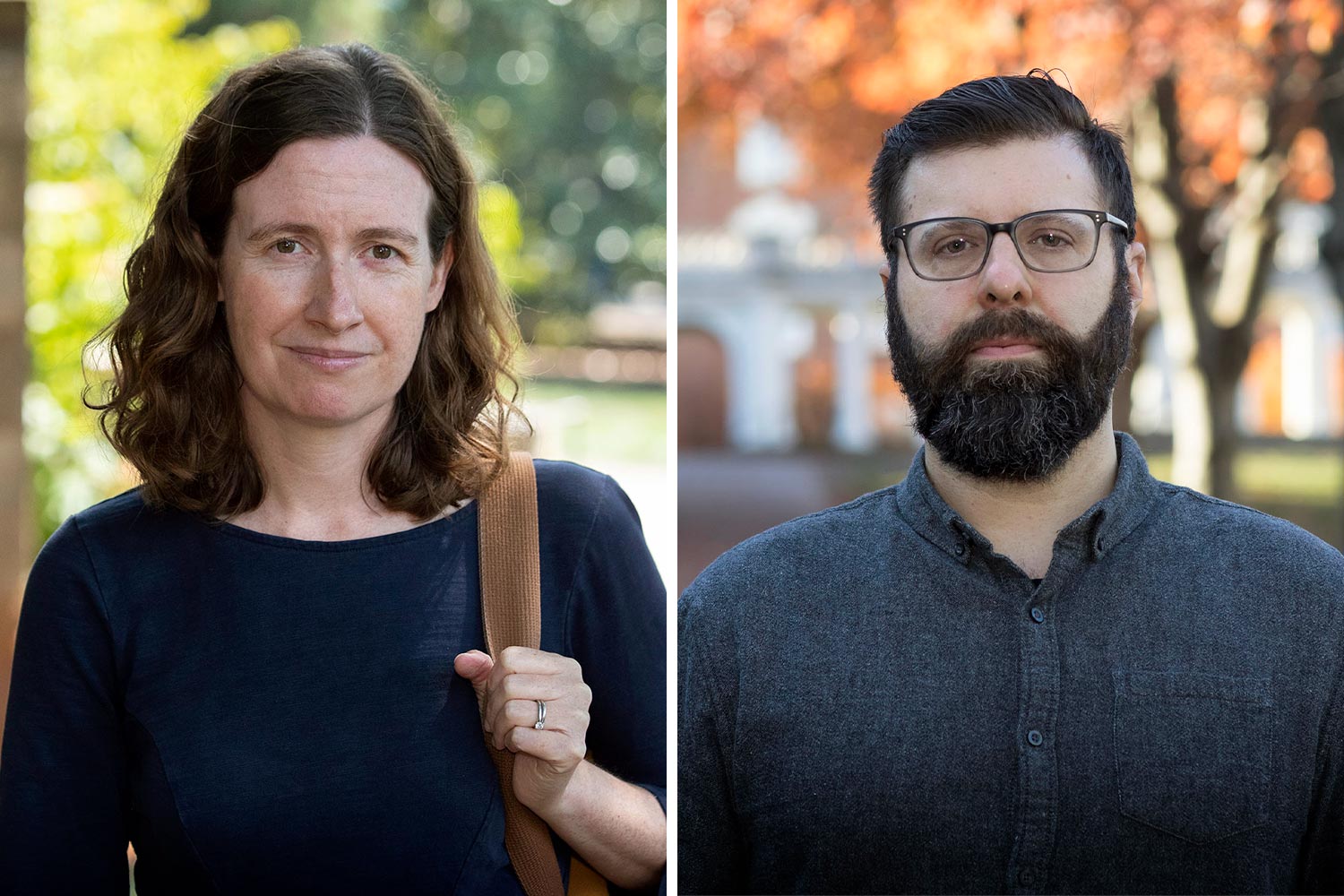 Scherz began preliminary fieldwork in Southwest Virginia in 2019. With then-UVA research fellow Joshua Burraway, they followed a small number of individuals dealing with substance abuse, past or present; the research was supported by the Brain Institute funding, and then a three-year National Science Foundation grant in January 2020. The drug crisis hit this economically depressed area hard in the late 1990s as pharmaceutical opioids like oxycontin came on the scene.

This study is observing solutions beyond medical treatment, including forms of religious participation, which offer social and emotional support.

The pandemic stalled the grant for about six months, Scherz said. It has been a strange time for anthropologists, she said, because so much of their research relies on fieldwork, which usually involves travel (often international) and close contact with people – almost impossible during the pandemic. Instead of going to Southwest Virginia in person, she and Burraway attended  meetings at the churches and clinics they had studied before the pandemic via Zoom, she said.

Since Burraway left UVA, postdoctoral researcher Abigail Mack joined the study and just relocated to start her work on the project.

Scherz said the study asks the basic question: “How do people with substance abuse or addiction rebuild a flourishing life in a community where there is hopefulness for the future, a future that’s more than just surviving?” Or more simply, “How can they heal and create new lives?”

“Rebuilding meaningful social connections and trust in the future may be just as important an aspect of recovery as mediating physical withdrawal symptoms.”

The Western medical disease model calls addiction a “chronic relapsing brain disease” and sees it as coming from inside you (the brain); it’s part of you, and always will be, Scherz said. Medication-assisted treatment draws on this model in its use of drugs, such as buprenorphine and suboxone, that treat opioid withdrawal symptoms on an ongoing basis.

Alcoholics Anonymous or Narcotics Anonymous programs share the medical view that this is a disease that’s always going to be part of the person.

By contrast, the religious experience of being “born again,” especially in Pentecostalism, gives the person the sense of being transformed and able to start over, suggesting that the addiction comes from forces outside the person. This may provide more hope for a better life in the future, as well as social support from the religious community that believes the same thing.

“While [medication-assisted treatment] remains a profound and hard-won treatment avenue for those afflicted, recovery, like addiction itself, does not emerge in a social vacuum,” Scherz wrote in the grant proposal. “Indeed, rebuilding meaningful social connections and trust in the future may be just as important an aspect of recovery as mediating physical withdrawal symptoms.”

The study aims to describe how these social connections and ways of understanding addiction help people.

Zigon describes the underlying issue differently and offers another version of community.

Based on his 15 years of research, Zigon recommends two major changes. He thinks all of these drugs should be legalized so they can be regulated, thus removing the violent, illegal market. In addition, governments and communities could invest in what he calls “the Vancouver model.”

Facing the drug epidemic in the 1990s, the Canadian city of Vancouver, British Columbia, focused on ways of connecting drug users back to their world and others in it, Zigon said, “by creating businesses and jobs run by and worked by active drug users; organizing events and activities for them, such as community opera and concerts, gardens, sports clubs and art initiatives; [and] establishing housing and community centers where they can live and feel safe together.”

The public health benefits to the Vancouver approach included providing a safe-use facility and other harm-reduction initiatives that aim to reduce overdoses and the spread of infectious disease.

“The point of this model is not to blame and shame, but to connect and support; not to judge, but to care,” Zigon said. “In doing so, the response does not attempt to enforce abstinence, but rather to help build a community within which people come to realize that they no longer need drugs to fill a void.”

That void points to something else, a deeper malaise that has been around for much longer, Zigon said.

“The crisis is not an opioid crisis, but rather an existential crisis. For quite a long time, the country has been moving toward this contemporary condition of existential crisis, which is characterized above all by despair, anxiety, disconnection and disorientation. Just one manifestation of this is loneliness and addiction. But other manifestations take the form of hate, suicide, extremism and anger. We have seen a lot of these in the last few years.”

Meet the New Cavalier on Horseback: She’s Eager To ‘Carry On a Legacy’ END_OF_DOCUMENT_TOKEN_TO_BE_REPLACED

Virginia Football – For All Virginia END_OF_DOCUMENT_TOKEN_TO_BE_REPLACED